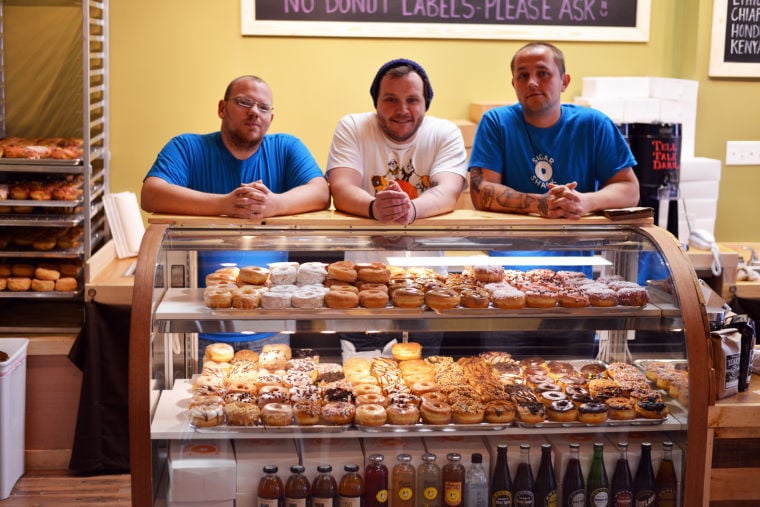 Sugar Shack Donuts’ general manager Mike Goins, left, James Henderson, kitchen manager, and Ian Kelley, owner, all Powhatan natives, had their business featured in USA Today as one of the 10 tastiest doughnut shops in the country. 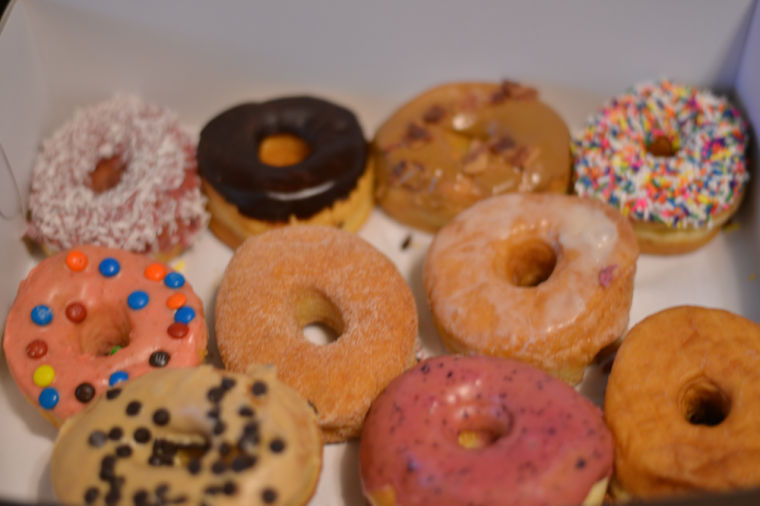 The guys at Sugar Shack Donuts love creating different flavors to tantalize customer’s taste buds. Some of the more unusual ones are Maple Bacon, blackberry bourbon, peach fritters, and Samoa. 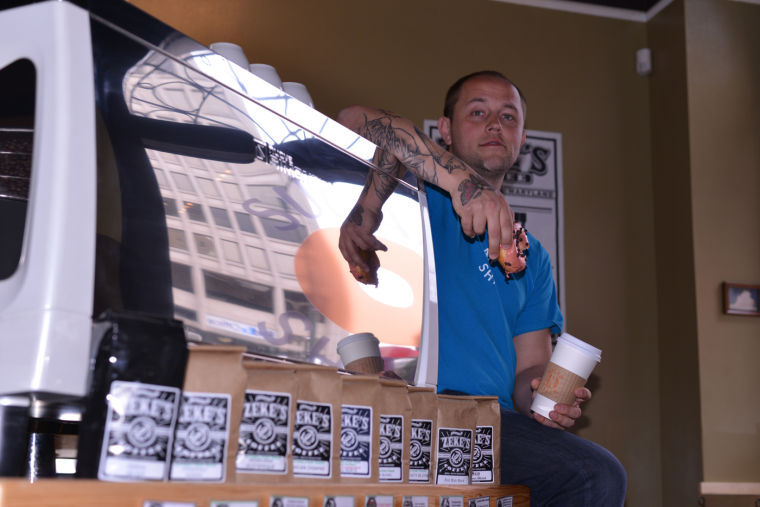 Ian Kelley, former Powhatan native and owner of Sugar Shack Donuts in Richmond, said his goal is to make his business all about people making quality doughnuts and coffee.

With Sugar Shack Donuts, owner Ian Kelley prides himself on offering a doughnut shop that is anything but cookie cutter.

With offerings such as bacon maple, blackberry bourbon, peach fritters, and Samoa (think Girl Scouts cookie), the Powhatan native is trying to make his doughnut shop a destination worth traveling to visit. And people are taking notice.

On top of four new stores set to open in Virginia in the next year, Kelley’s Richmond location and flagship doughnut store was featured in USA Today in June on its list of 10 tastiest doughnut shops in the USA.

The list was announced on Thursday, June 5, the eve of National Doughnut Day, which is always held the first Friday in June.

"It was surreal. I think I smiled for 45 minutes but didn’t know how to react to it," Kelley, who makes his home in Richmond, said.

Kelley got an even bigger surprise that Friday. His wife, Tanya Bartek, went into labor with their son, Sawyer Thomas Kelley, several weeks premature of her July 2 due date.

He said he’s convinced his newborn was trying to arrive in time for National Doughnut Day — even though the little bun needed more time in the oven.

"The cool thing is because it is the first Friday of every year, his 5th birthday will be on National Doughnut Day," he said. With a smile, he added there will probably be a special theme for that occasion.

Doughnuts have been good to Kelley. He opened first Sugar Shack Donuts on June 11, 2013, at 1001 N. Lombardy St. in Richmond, right across from the Governor’s School, and then Sugar Shack Coffee this past February at 1110 E. Main St. in Richmond. Both have taken off.

Now he is working to get new doughnut shops opened in Short Pump, Alexandria, Charlottesville and Midlothian, which will probably be the closest location to Powhatan for awhile, Kelley said.

A fellow member of the Powhatan High School Class of 2003, Mike Goins of Richmond, is partnering with Kelley to open the Midlothian shop. Currently, Goins is the general manager at the Lombardy location.

Rounding out the class of 2003 Powhatan trio is James Henderson of Richmond, who is kitchen manager at the Lombardy location.

Goins said he is not surprised that Sugar Shack is taking off. They have devoted staff who genuinely love to come to work and make a great product, from the coffee to the doughnuts, he said.

"The main reason why I think we are getting all the attention is we are not only creating this amazing dessert but we are reinventing the doughnut. We are taking a simple dessert and making it better," he said.

A blackboard in the shop lets customers write suggestions for doughnut flavors, and they are taken seriously, Kelley said. The kitchen staff has "100 percent creative freedom" to experiment and keep new flavors coming out on a regular basis.

They go from simple creations such as cinnamon sugar (Kelley’s favorite) or glazes made with real fruits to special efforts such as the Samoa (Goins’ favorite) or a St. Patrick’s Day creation, the Irish Dough Bomb.

The Dough Bomb has Irish cream custard inside a Guinness dough and then it is topped with a Jameson whiskey glaze. Bacon maple is still the most popular flavor by far.

It took about three days for the fallout from the USA Today article to hit, but, since then, the doughnut shop has stayed busy almost nonstop, he said. It was a fun surprise, considering he had actually cut back on staff hours the week before because summer months can be slow.

With the exception of several hours overnight Saturday, someone is in the kitchen making doughnuts almost 24 hours a day, Goins said. On a good day, the shop sells between 6,000 and 7,000 doughnuts.

It is hard to keep up, especially on the weekends, Goins said.

From the moment they open the doughnut shop doors, they have a line out the door, "and most days it is backed up to the sidewalk," he said. "Most Saturdays and sometimes on Sunday, we have the police department come out and direct traffic for us."

The fact that parking is an issue — they only have 12 spaces in their lot — doesn’t deter people because there is street parking nearby, Kelley said.

However he warned customers to resist the temptation to park in a gravel parking lot that is next to the shop or risk getting towed.

The business has grown much bigger than Kelley ever expected when he opened his "small career doughnut shop." Then his goal was to offer a unique product in a cool setting.

Kelley spent more than 10 years working as a fine dining chef and got into making pastries while working in Vail, Colorado, and Seattle. He noted the prevalence of coffee and doughnut shops in those locations and decided to bring a taste of that back to Virginia.

He also brought some of the aesthetics of the places he traveled back with him.

The shop features a wall and bars made from old pallets (Colorado) and copper ceiling and bar top (Seattle).

This is not a generic doughnut shop, Kelley said.

Everything is handmade back in the kitchen, which people can see if they look through a window into the other room.

Kelley sums up his business by saying, "What we wanted to do is take it back to guys making doughnuts."

Sugar Shack Donuts’ general manager Mike Goins, left, James Henderson, kitchen manager, and Ian Kelley, owner, all Powhatan natives, had their business featured in USA Today as one of the 10 tastiest doughnut shops in the country.

The guys at Sugar Shack Donuts love creating different flavors to tantalize customer’s taste buds. Some of the more unusual ones are Maple Bacon, blackberry bourbon, peach fritters, and Samoa.

Ian Kelley, former Powhatan native and owner of Sugar Shack Donuts in Richmond, said his goal is to make his business all about people making quality doughnuts and coffee.