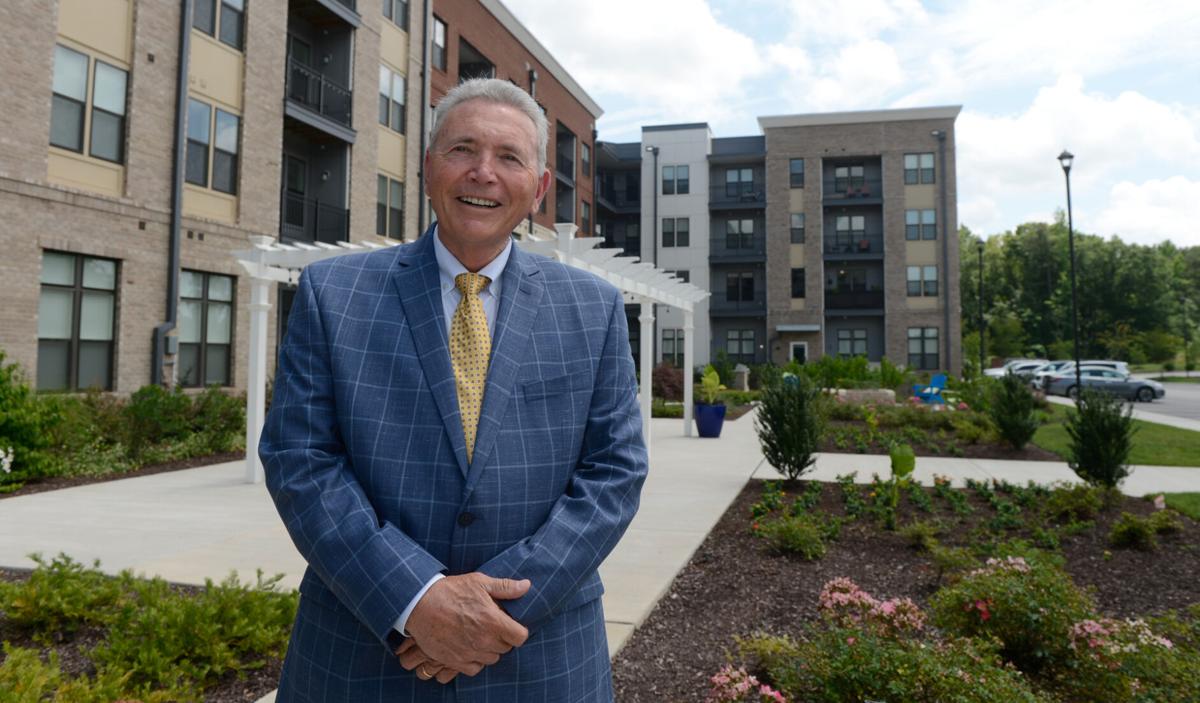 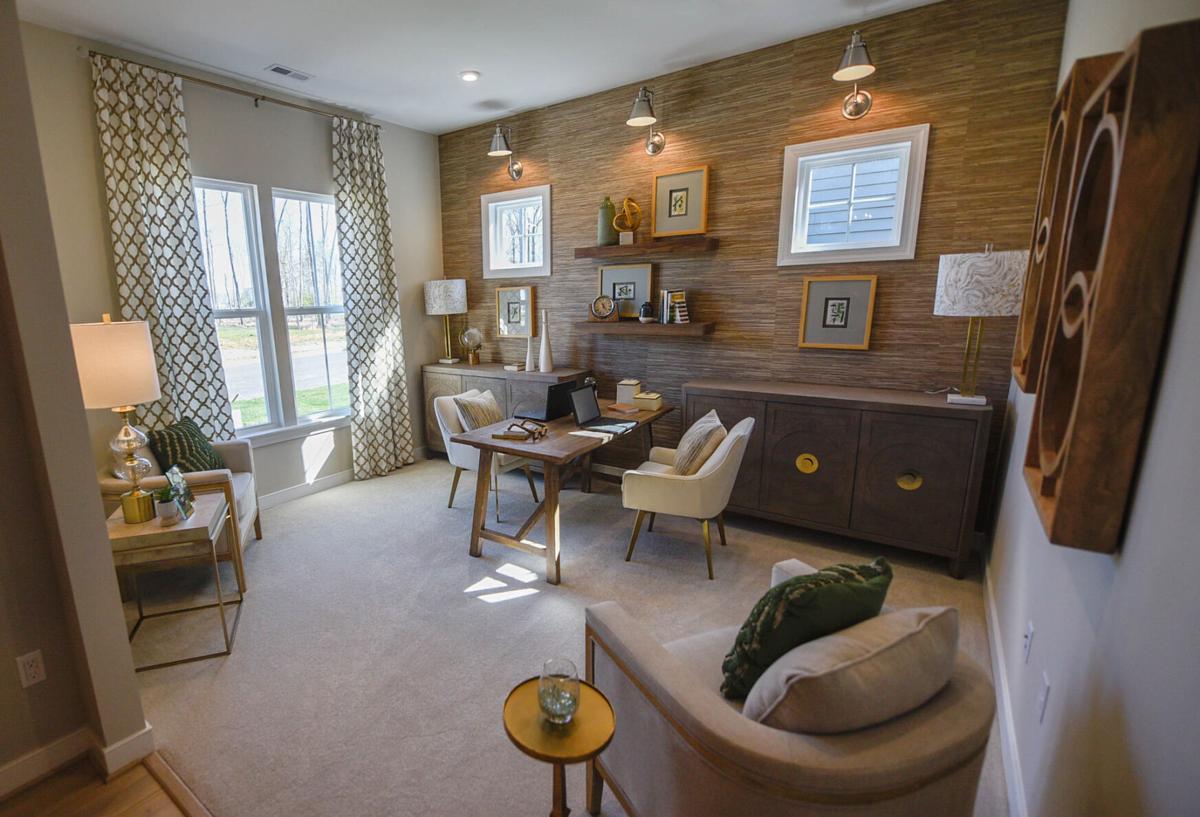 A decorated room inside a Twin Rivers’ home. 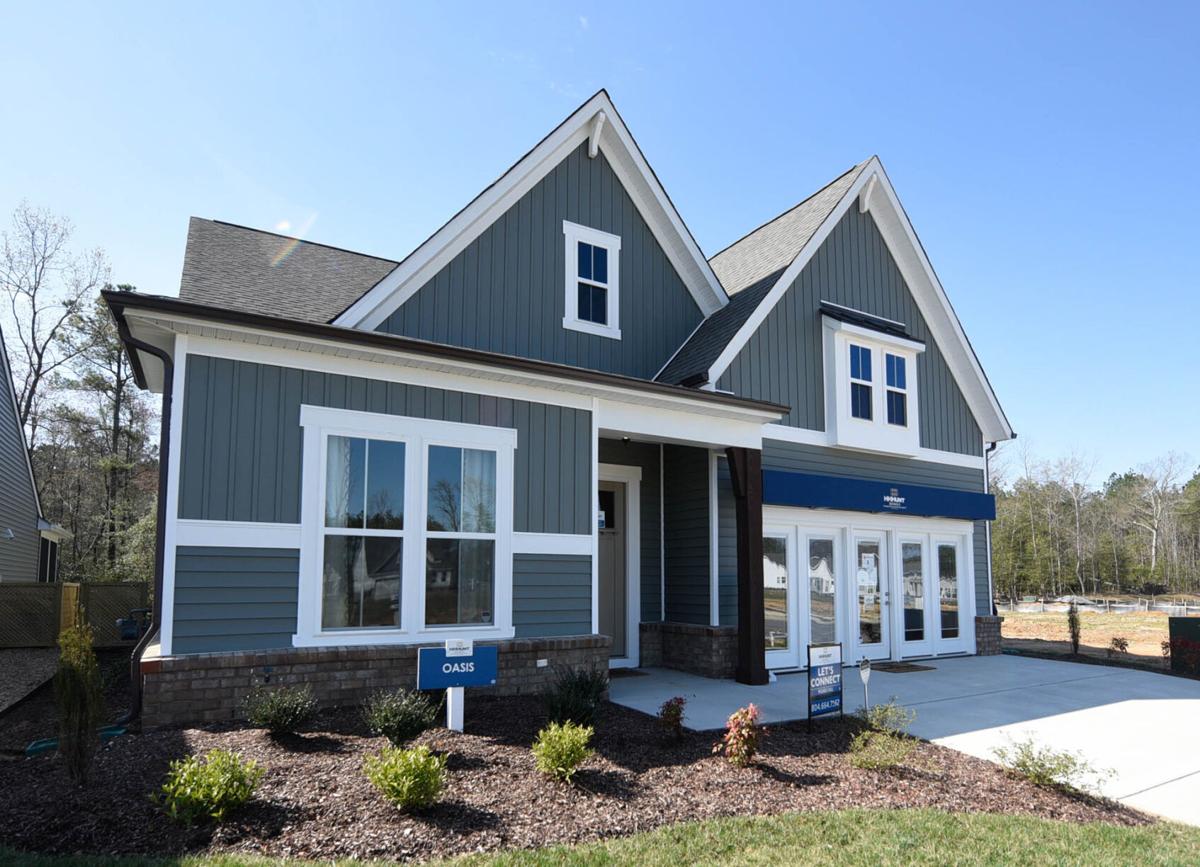 A model home in the Twin Rivers community. 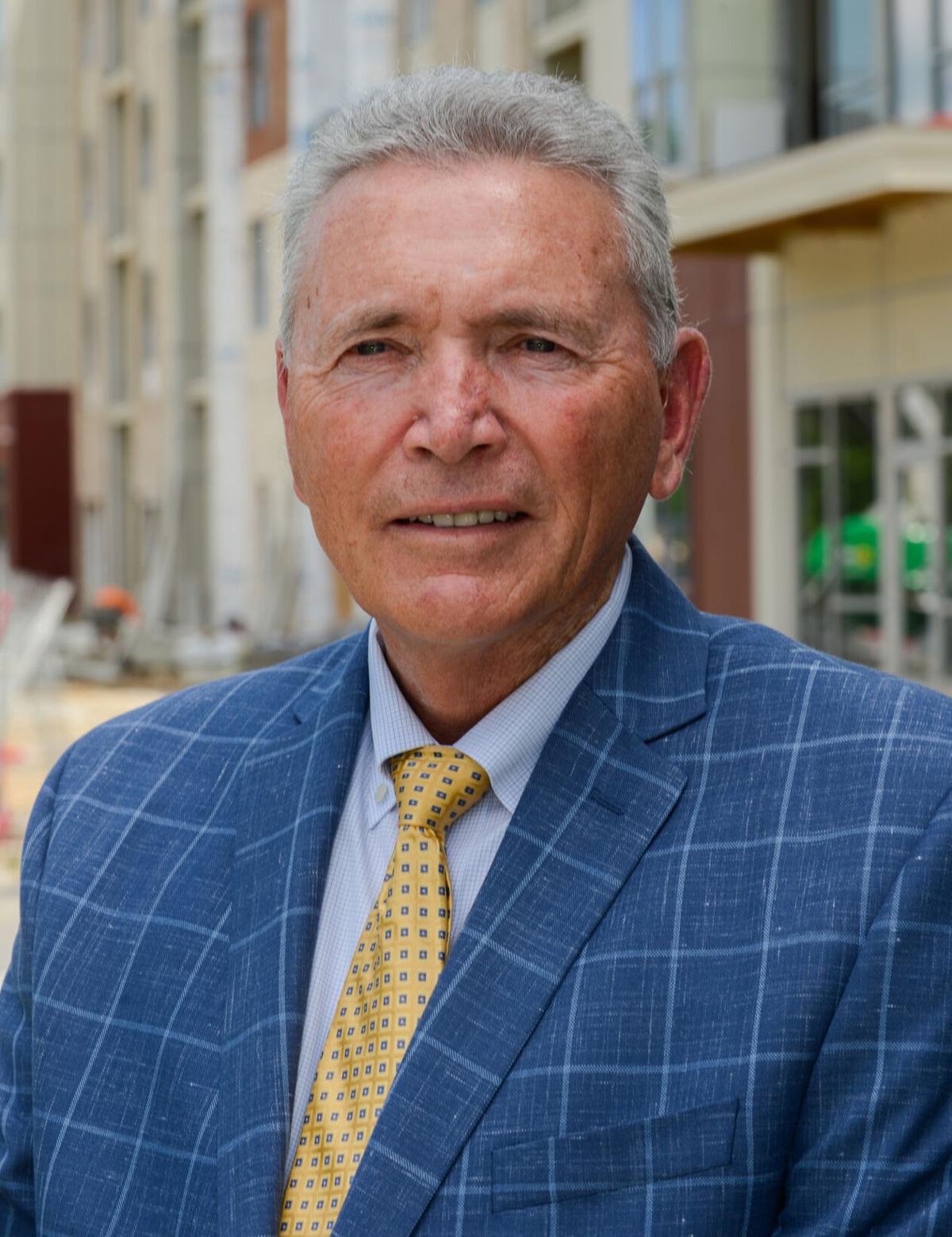 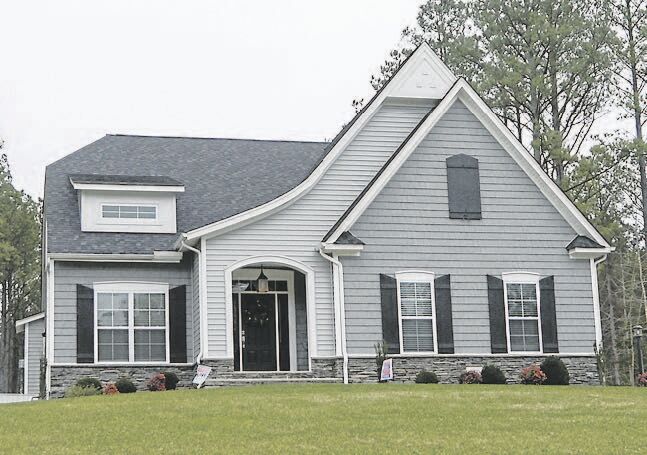 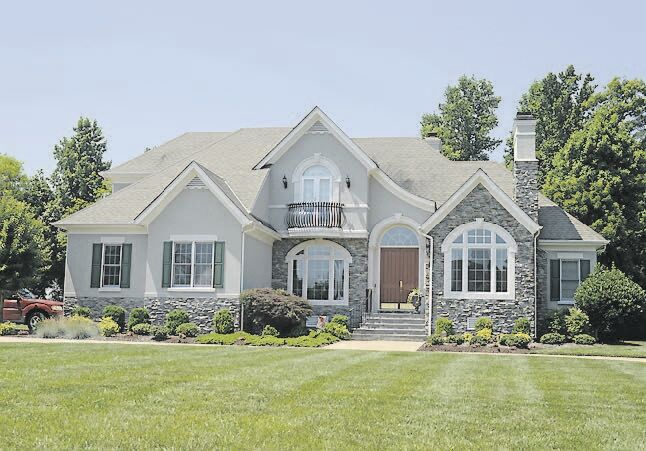 A home in in the River's Bend community. 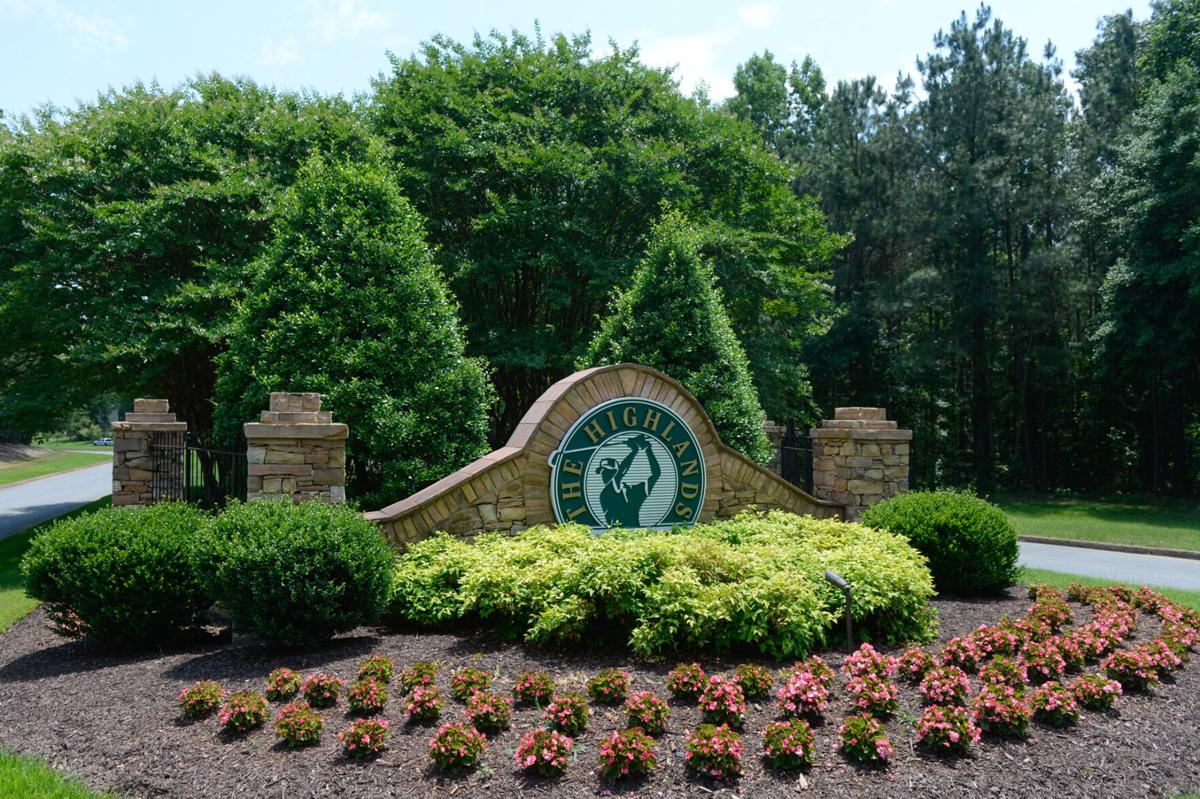 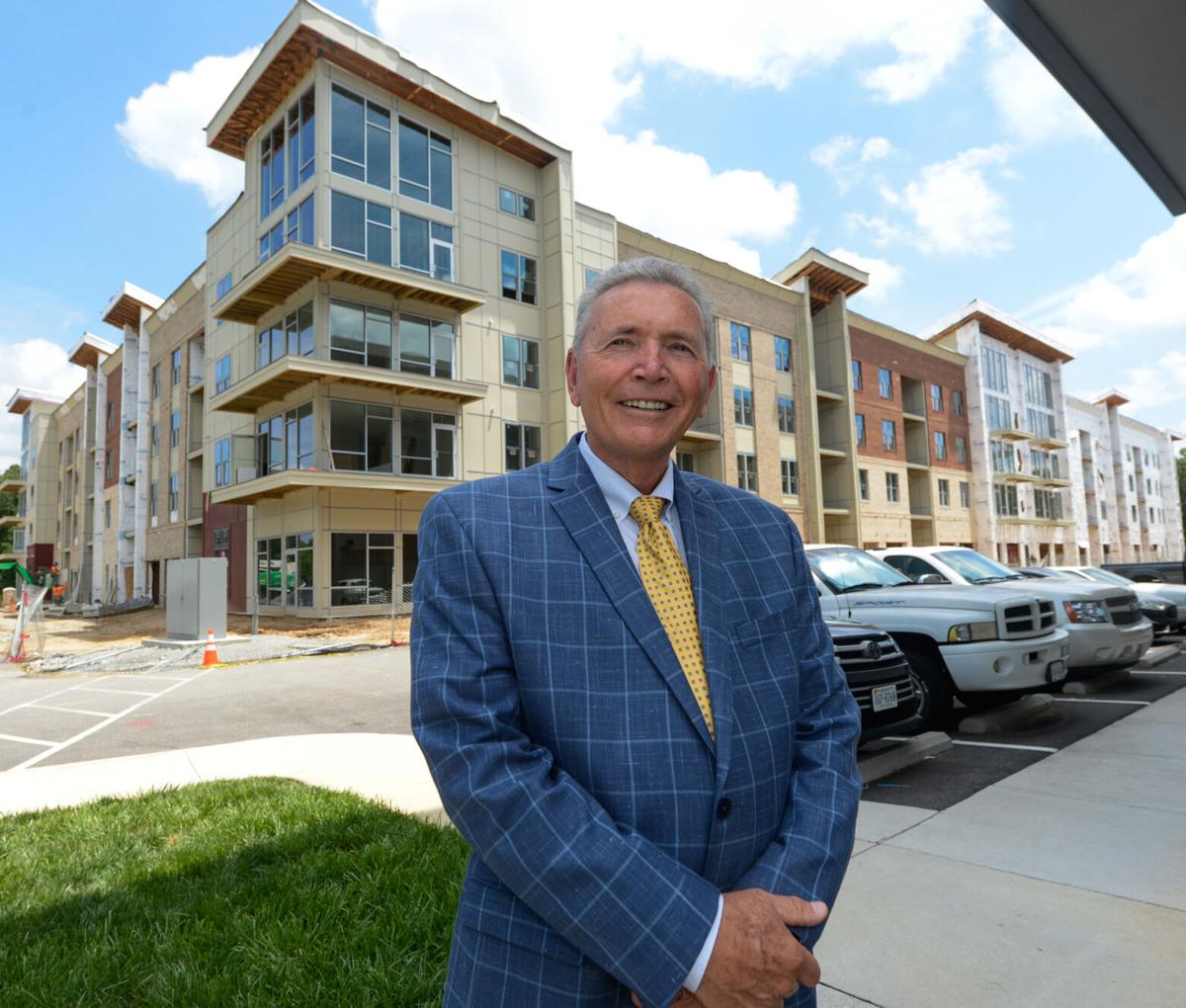 Some people seem destined to assume their careers from birth.  George P. Emerson Jr.’s path into real estate development was a little less certain – at least in the beginning.

As a teenager in the 1970s, he was taking classes at Virginia Commonwealth University.  But he wasn’t sure about his plans.  Then a friend mentioned he could make money in real estate.

He signed up for real estate classes and received his real estate license in 1978, the same year he earned a bachelor’s degree in business administration from VCU.  Three years later, he bought Chester Realty from his first boss.

“I still have it,” Emerson said.

It’s one of several companies Emerson has run in the course of a multifaceted career that has included homebuilding and residential development as well as commercial construction and development.

In all, he has developed approximately 20 communities with 6,000 lots, as well as 20 apartment complexes and several large commercial, retail and office projects.

In the process, Emerson helped redefine large portions of his native Chesterfield County.

“The county wouldn’t be what it is without George Emerson,” said Greg Allen, planning manager for Chesterfield’s Plans Review.

Emerson started his career as a developer with small projects.  By 1985, though, his ambitions grew.  He bought a parcel of land in Chester and broke ground on River’s Bend, a master-planned community that would eventually have several hundred homes and extensive amenities, including a swimming pool, a playground and tennis and pickleball courts.

“River’s Bend was the first planned community east of I-95,” Allen said.

Three years later, Emerson expanded it and also bought 2,500 acres of land for what would become The Highlands.

Today, The Highlands, which is located near the intersection of Woodpecker and Nash roads in southern Chesterfield, has approximately 1,400 homes spread out over 4,000 acres.  Amenities include an 18-hole championship golf course, a lakefront swimming pool, tennis courts and nature trails.

Other Chesterfield communities in which Emerson has played a development role include Meadowville Landing and Chester Village Green.

“George saved the heart of Chester Village when he purchased Chester Village Green out of foreclosure and built all of the homes and most of the apartments and retail in that project,” Allen said.  “It signaled the high level of quality that George was capable of building and the risk he was willing to take to build the first vertical mixed-use project in Chesterfield.”

Emerson has built and developed properties throughout Greater Richmond, including apartment complexes like The American Tobacco Center and Cedar Broad Apartments in the city.  But he has focused on Chesterfield projects for a simple reason.

“I know Chesterfield, and I know what will sell and what won’t,” he said.  “I’ve moved nine times and never lived more than a mile or two from where I grew up.”

Despite the large number of projects Emerson has pursued over the course of decades, he has kept his staff small, and he works closely with several family members.

In addition to a few business partners, he works on land development with his three daughters, Megan Carson, Carrie Coyner and Amy Smith, and his son-in-law, Josh Smith.  And after his father retired, Emerson hired him to help with his homebuilding projects.

“My dad told me what was wrong on every job site, and I never said a word,” Emerson said, with a laugh.

But Emerson singles out his wife, Darlene, as his most important partner.

“The only way I was able to work those long hours was because she was home taking care of our kids,” Emerson said.

“George likes traditional homes, but he transforms with today’s trends,” said Jessup, who was a listing agent in River’s Bend, as well as several of Emerson’s smaller communities.  “He always moves forward.”

While the Colonial Revival and Transitional styles were prevalent in Emerson’s early communities, for example, Modern Farmhouse and Craftsman are popular in his newer projects, reflecting national shifts in taste.

“When I think of George’s communities, it’s less about their style or architecture and more about how well-executed they are,” said Josh Goldschmidt, president of Eagle Construction of VA.  “They’re really well-done master-planned communities, and he has created sophisticated spaces that impact residents every day.”

Eagle has built homes in Meadowville and Lake Margaret at The Highlands, and it’s working with Emerson on a new community in Chester.  Goldschmidt says the project, which is still unnamed, should break ground in the first or second quarter of next year.

Looking toward a legacy

Emerson faced a medical setback in late 2005 that has reshaped his ambitions over the last 16 years.  He was diagnosed with throat cancer and underwent a seven-week treatment at VCU’s Massey Cancer Center.  He was declared cancer-free on March 10, 2006.

Afterwards, Emerson became a significant donor, fundraiser and advocate for the cancer center.  The Highlands Massey Classic, the annual golf tournament he founded in 2007, has raised $2.7 million for cancer research.  And he advocates for the cancer center at the General Assembly every year.

“Annual contributions from the state for cancer research have risen from $1 million to more than $20 million over the last 16 years,” Emerson said.

His goal, with cancer fundraising as well as land development and construction, is simple.

“Everything I do, I try to leave it better than I found it,” Emerson said.  “When it’s all over, I don’t care if people remember me as a developer.  But I would like them to remember that I helped save some lives.”

Editor’s note:  This is an installment in the “People who built Richmond” series.

Raceland: A historic Dinwiddie property is on the market for the first time in more than 200 years

If houses could tell their stories, the sprawling estate known as Raceland would have enough material to fill an epic.

A decorated room inside a Twin Rivers’ home.

A model home in the Twin Rivers community.

A home in in the River's Bend community.