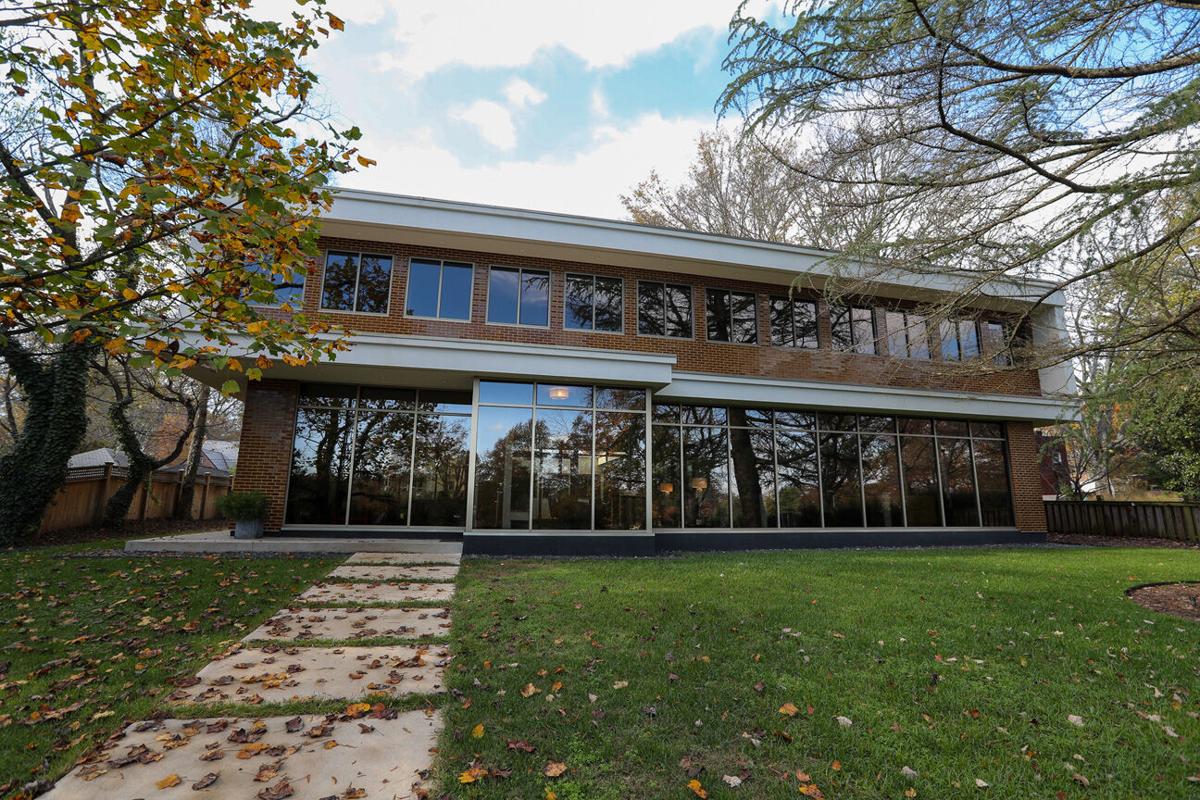 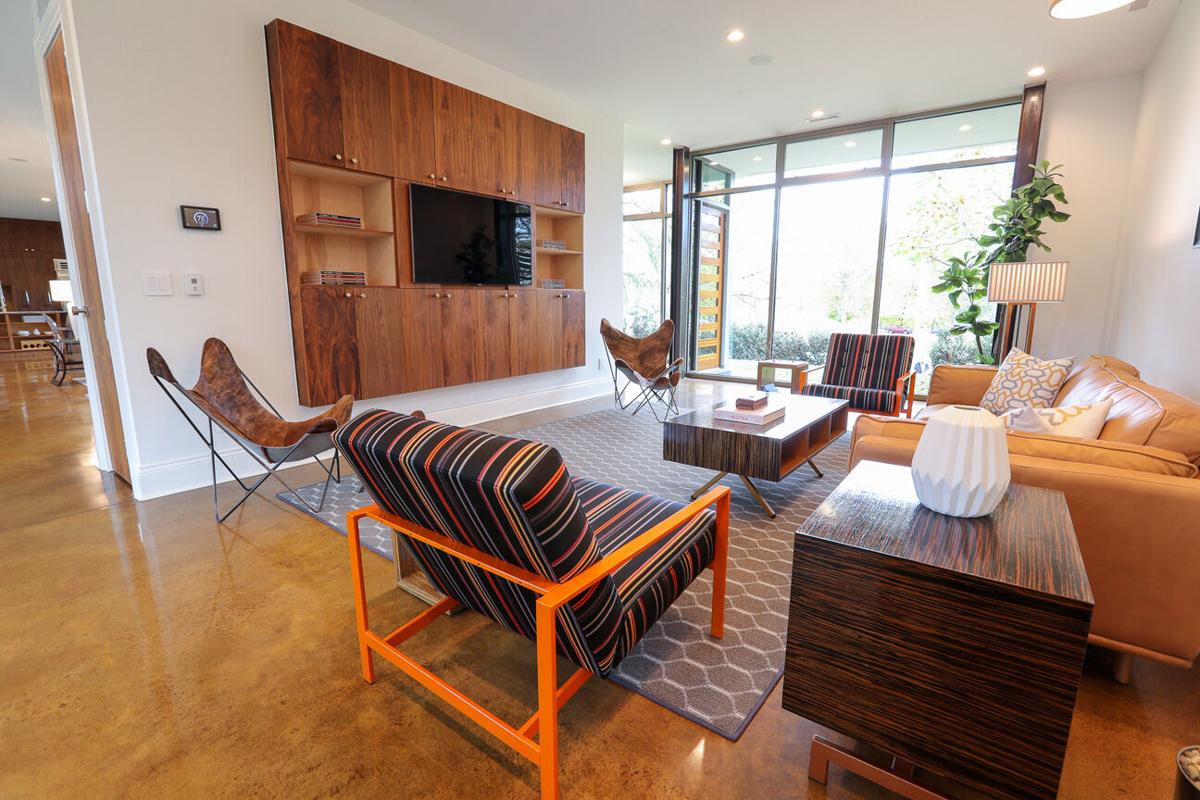 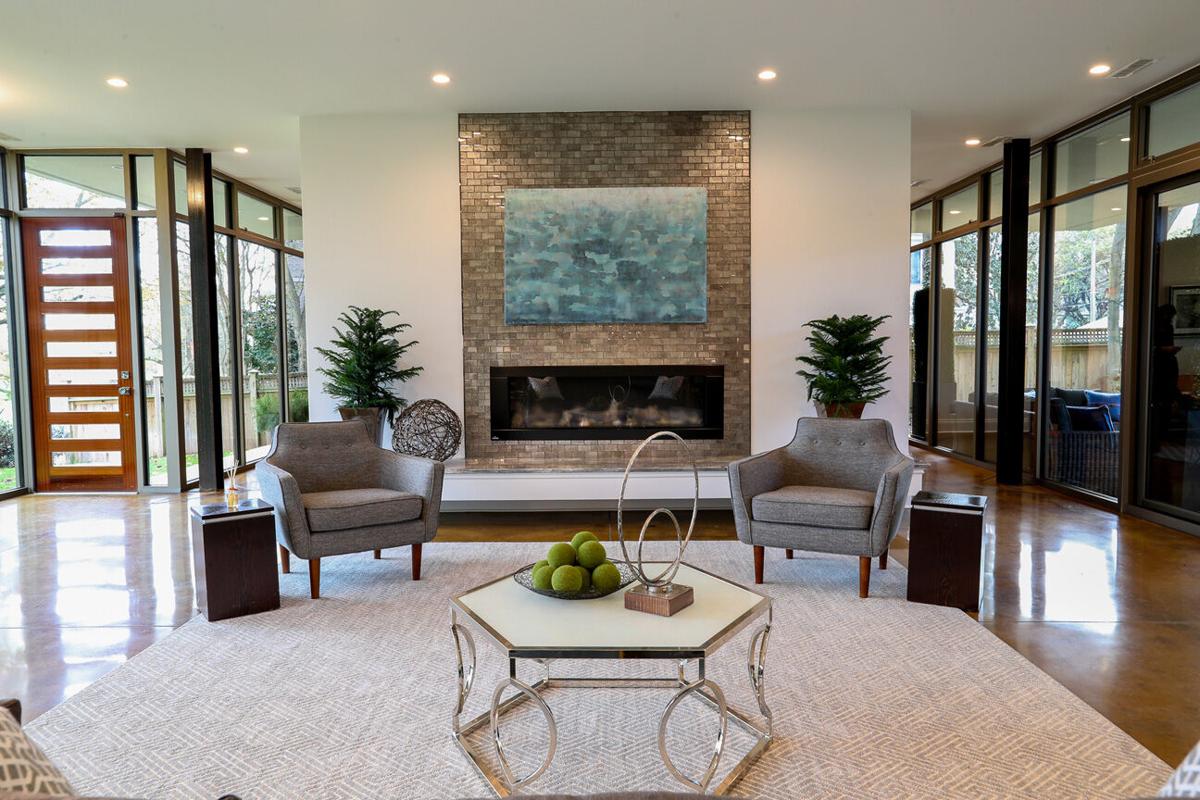 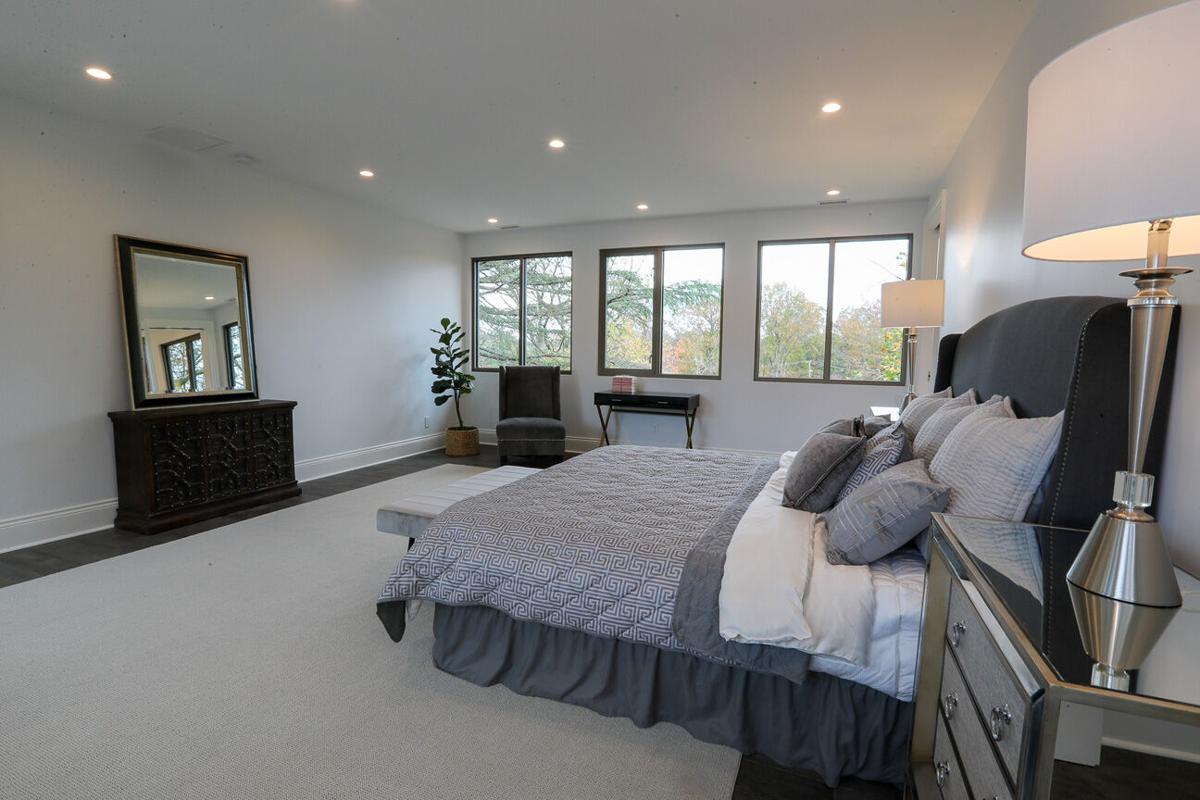 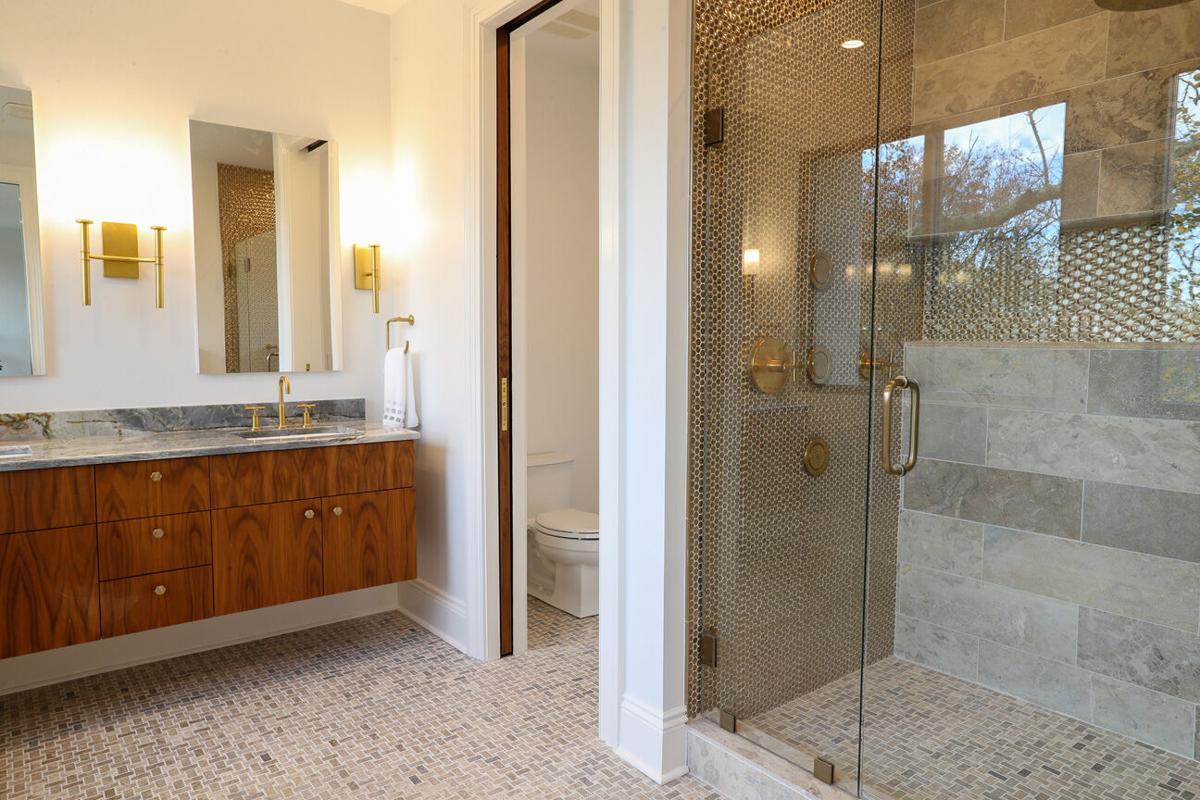 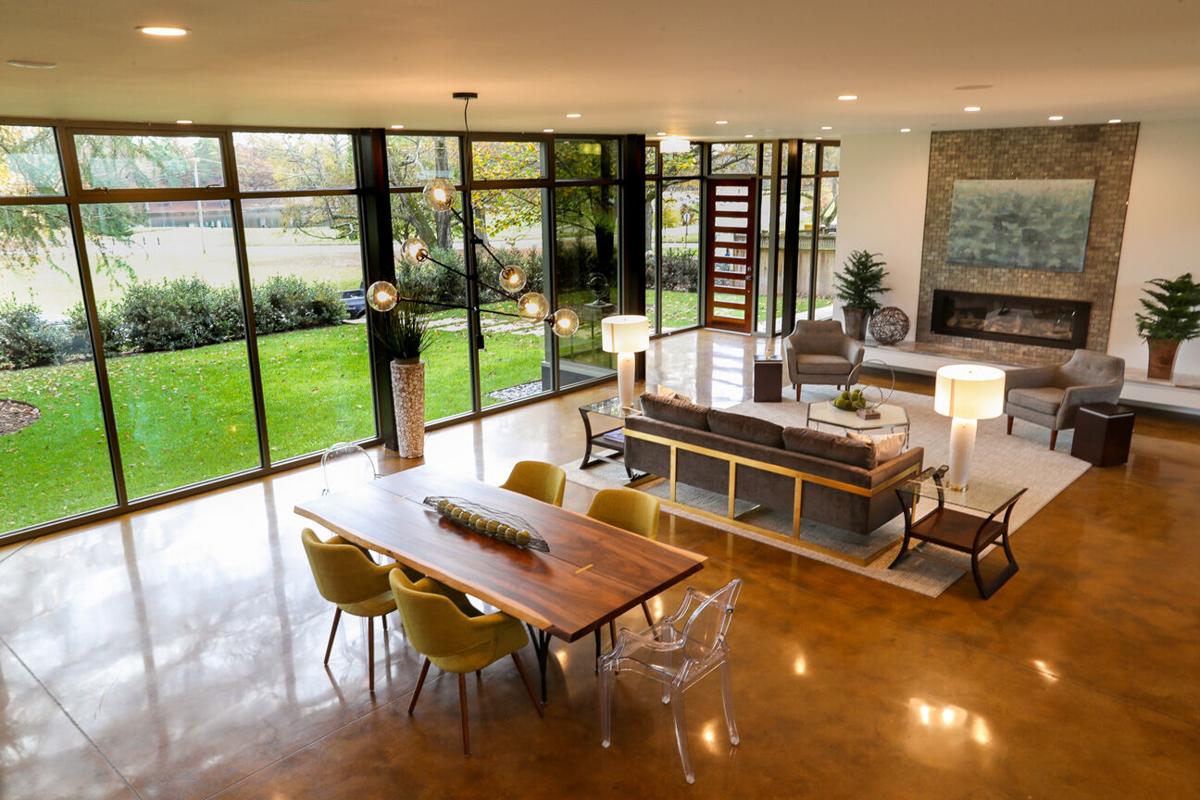 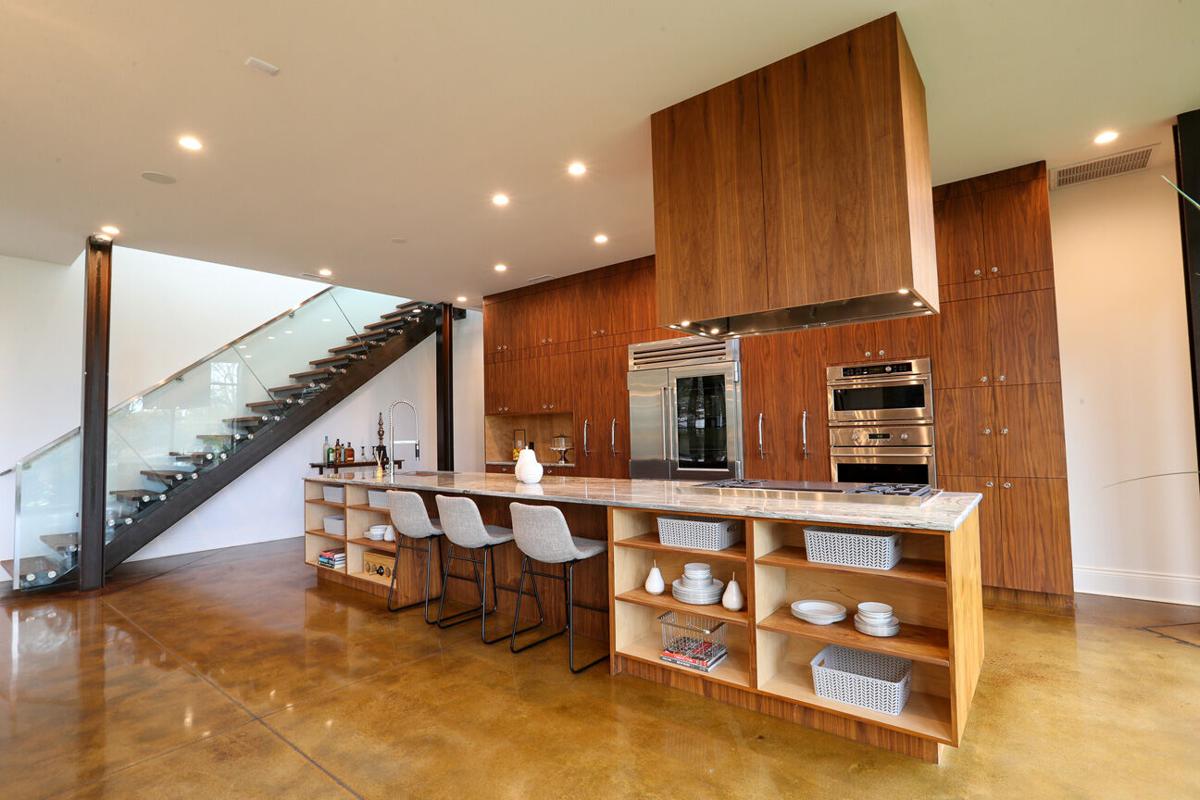 For much of the 20th century, Richmond’s new-home market was a sea of elegantly staid Colonial Revival-style houses with symmetrical red-brick facades, classically detailed front entrances and columns.  Lots of columns.

By the 1950s, though, the Colonial Revival began to wane in national popularity.  Even in relatively conservative Richmond, adventurous trailblazers built Modern-style homes.

Richmond even has its own Midcentury Modern development, Highland Hills, built in the 1950s with designs by Charles M. Goodman.  (Goodman also designed the famous Hollin Hills community in Alexandria.)

Sometimes, it shows up in unlikely places.

A house ‘built for the park’

Timothy Zingg didn’t plan on building a Modern-style house at 810 Westover Road.  He bought the undeveloped lot with the expectation that he and architect Chris Wolf would collaborate on a traditional Italianate-style design that would blend in with the William Byrd Terrace subdivision.

The neighborhood, which was developed in the 1910s and largely built in the 1920s, has houses designed in a variety of revival styles by some of Richmond’s most prominent architects, including Otis Asbury, Duncan Lee, Isaac Skinner and Carl Lindner Sr.

But Zingg, who cofounded the Richmond-based 7 Doors design firm, didn’t like the idea of doing something traditional.  He’d already designed a Modern house for himself and his wife off Cary Street Road in the city’s West End.

And he appreciated the Modern style’s ability to dissolve the barrier between “outside” and “inside” with expansive, floor-to-ceiling spans of glass.  That was especially valuable for the site on Westover Road, which faces Shields Lake in the middle of William Byrd Park.

“This house was built for the park, so you can see the park from every room,” Zingg said.

To achieve that, Zingg and Wolf’s revamped design for a Modern house called for floor-to-ceiling glass walls on the first level, and horizontal bands of glass above a low wall on the second level to enhance privacy.

Construction began in 2015, and it wrapped up in 2018.  Zingg and Wolf did a lot of the work themselves.

“We designed a house that we did not think a contractor would do justice to, so we took on the project ourselves as a team to push ourselves to build the house we designed and to build a house that would withstand the years and be timeless,” Zingg said. “There is not a detail or moment in the house that Chris and I did not discuss at length.”

Zingg and Wolf designed and built the house’s cabinetry out of black walnut as an homage to Midcentury design.  They also built and designed some of the furniture with tropical wood species.

“I made decisions based on the house, not the money,” Zingg said.  “The quality of the construction compares to anything in Richmond.”

Jeannette Mock, a real estate agent with The Steele Group Sotheby’s International Realty, listed the house for sale this month, with a $1,799,999 price tag.

The four-bedroom, 3½-bath house has 4,705 square feet of finished living space, as well as a 750-square-foot, heated and cooled garage.

Zingg and Wolf’s design for the glass-and-steel house takes advantage of its 100-foot-wide site by emphasizing its expansive horizontality along the street.

“It draws everything out, and you get a nice, horizontal feel upstairs and downstairs,” Zingg said.

On the first level, the floorplan is open, with the living, dining and kitchen areas separated from the den by a single wall with a fireplace on the living room’s side.

“We tried to make it modern and open,” Zingg said.  “This open space can only be achieved with the steel superstructure inside it.”

Keeping the first level’s steel beams exposed as design elements accentuates the house’s Modern flair, as do the striking steel-and-tiger-wood staircase and the stained and burnished concrete floors.

The house has radiant floor heating, and to reduce heating and cooling costs, deep, overhanging eaves boost the house’s ability to control the amount of sunlight that’s allowed to enter the house throughout the year.

“Passive solar is a big design component in the house,” Zingg said.

“It blends in seamlessly with the natural surroundings and doesn’t stick out as being different from the other similar-sized homes on esteemed Westover Road,” Mock said.

The fact that Zingg and Wolf laid out the house around three mature trees – a deodar cedar and an heirloom poplar in the front yard and a Japanese maple in the back – also gives it the impression of being an established property.

“We didn’t want to scrape the lot clear,” Zingg said.  “The goal is that in years to come, you won’t know it’s new.”

If the Modern trend holds, the house’s Modern style may be the shape of things to come.

“I definitely see Modern-themed homes being the trend for some time in the future,” Mock said. “The city seems to be going through a Modern renaissance in many ways, and the natural next step is for the home styles to change from traditional to those of a Modern persuasion – at least when there are infill lots and other opportunities available to architects, builders and designers.”