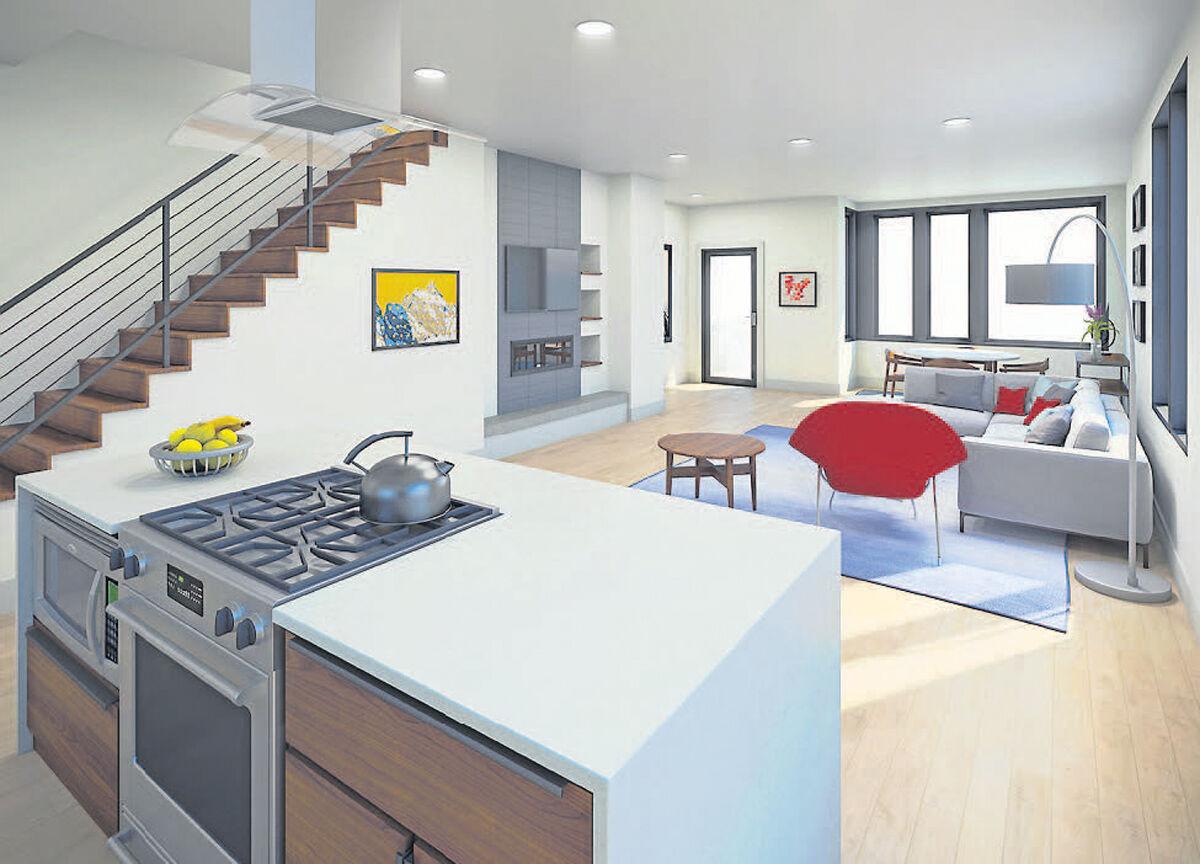 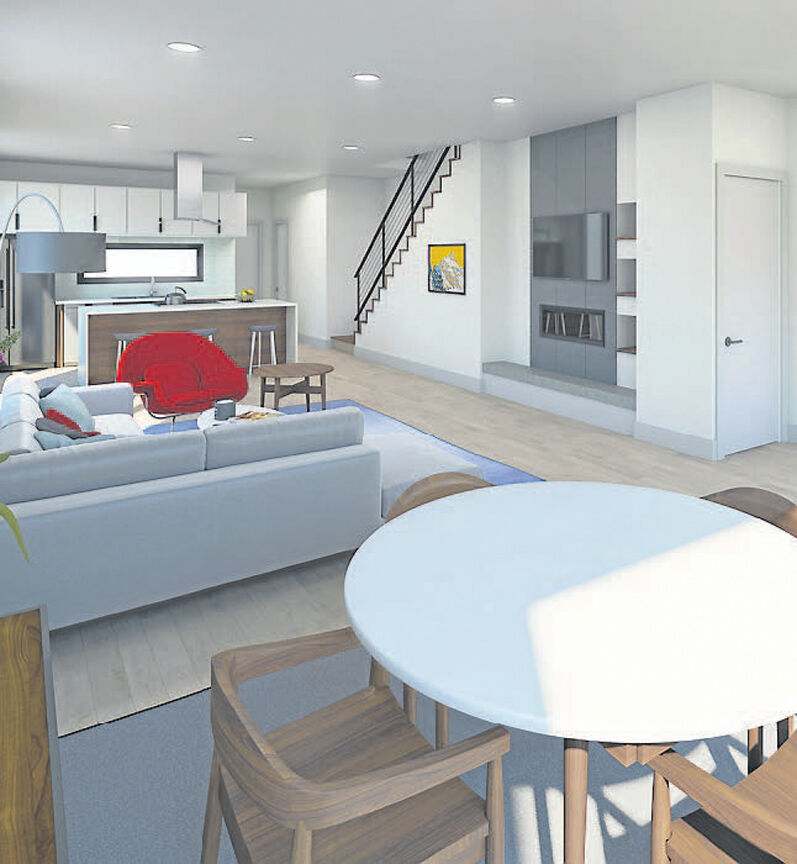 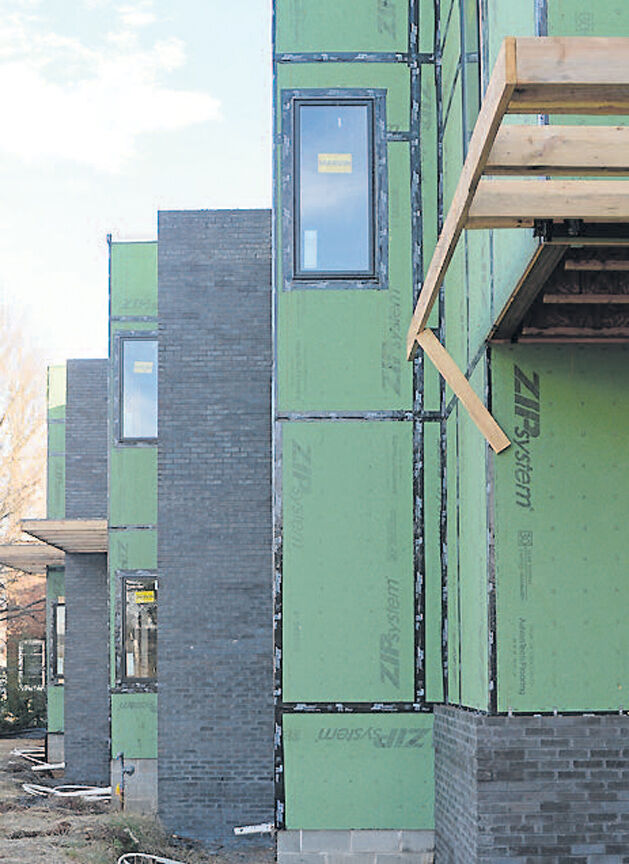 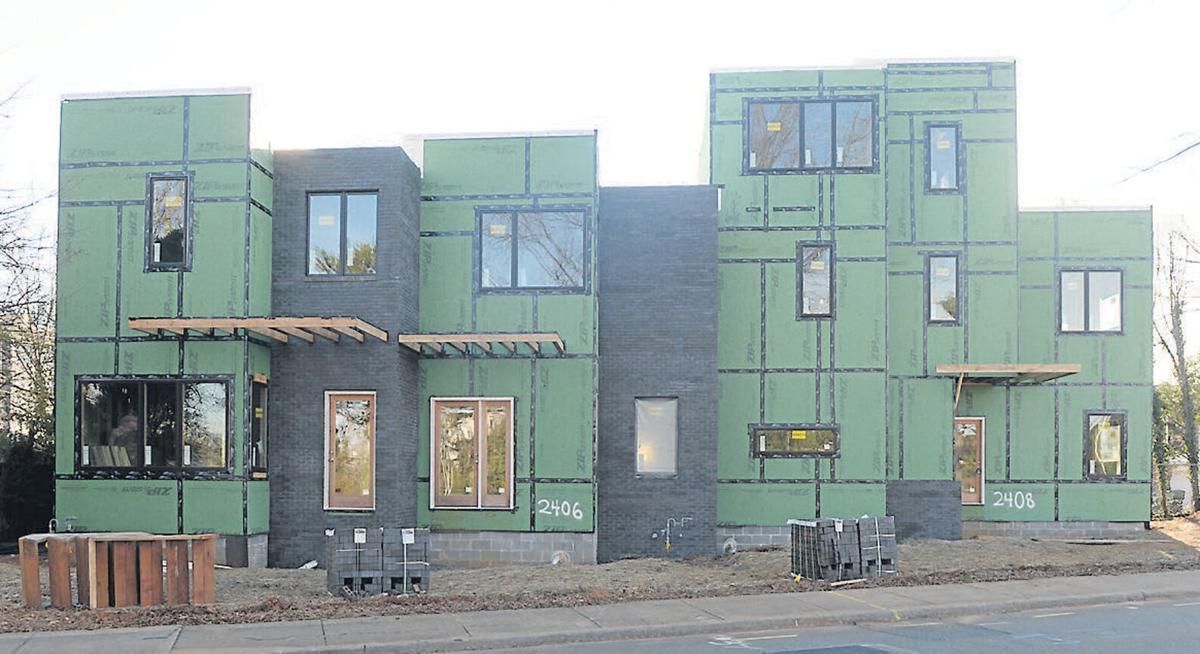 Architect and designer Walter Parks enjoys a challenge.  The site for his latest luxury townhome project, GrayPark, posed two.  It spanned less than a ¼ acre, and it was roughly triangular.

“The small wedge shape allowed for a lot of creativity and architectural interest,” said Parks, who owns the Richmond-based Walter Parks Architects firm.

The GrayPark site, located in the 2400 block of Grayland Avenue, also offered a chance to enhance the neighborhood, which is near the city’s Byrd Park.

“I’m always looking at filling in the missing teeth in the city fabric, and this site had sat vacant since they built the downtown expressway,” Parks said.

When Parks bought it in 2017, the lot was empty except for an abandoned brick garage, and it was surrounded by a six-foot-tall chainlink fence.

“It was an eyesore,” said Patrick Sullivan, who helped Parks find and buy the site.  Sullivan is a real estate agent with the reRVA team at One South Realty.

“With its angles, the lot lends itself to a more Modern approach,” Parks said.

“It turns the site’s unusual shape into an asset,” he said.  “Form follows function.”

The townhomes’ interiors will feature open floorplans with high ceilings, large bedrooms and a walk-in closet in the master bedroom.  The development will also have off-street parking.

In addition to designing the townhomes, Parks is also serving as the infill community’s developer.

“Sometimes we work with a developer, and sometimes we don’t,” Parks said.  “This one’s a very small project compared to what we normally do, so it was simpler to do it myself.”

Construction on the three townhomes is underway, with the framing and plumbing finished.  Work on the exterior brick and cladding as well as electrical systems is ramping up.

“All three townhomes are set up for a rooftop deck” and have great views of the downtown skyline as well as Byrd Park and the Fan and Museum districts, Sullivan said.

Sullivan has listed one of the units on MLS, and he’ll add the other two once construction has advanced a little more.

“We’ve held off marketing it until the construction is farther along,” he said.  “But we’ve had a bunch of meetings and phone calls with interested parties.”

The townhomes’ Modern aesthetic – increasingly popular in Richmond’s new-construction developments – and their offer of a low-maintenance lifestyle appeals to buyers, as does GrayPark’s location near Byrd Park, Sullivan says.

“It offers what everybody’s looking for in the city:  an open, easy, accommodating living experience in an historic neighborhood,” he said.