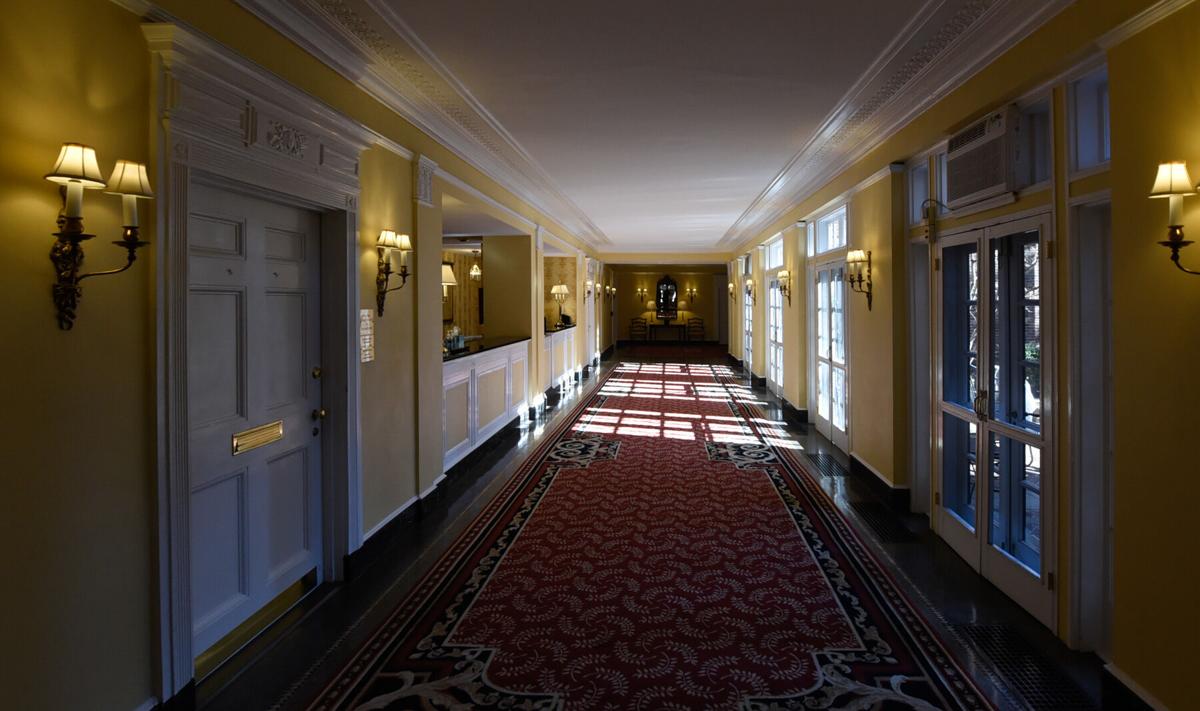 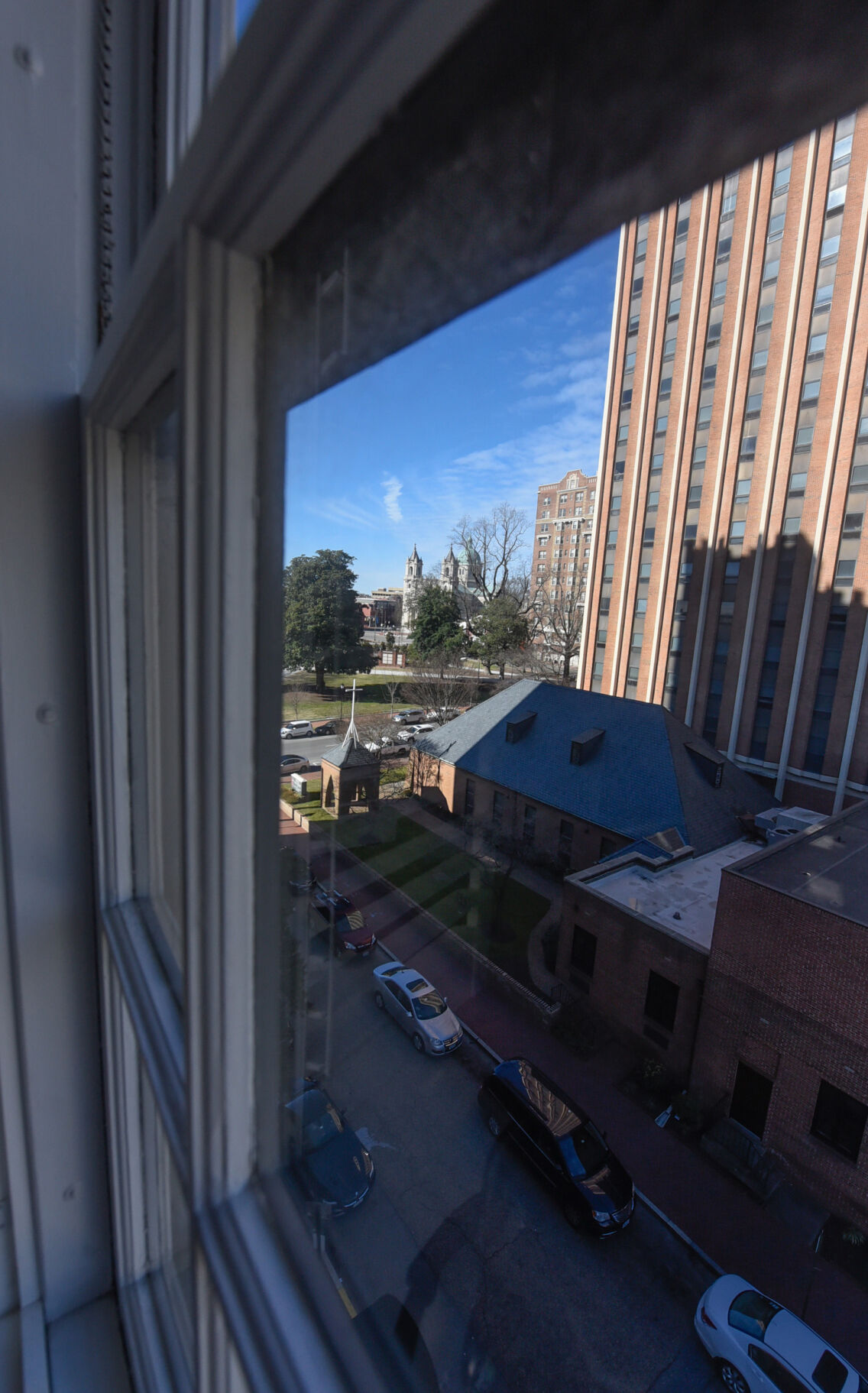 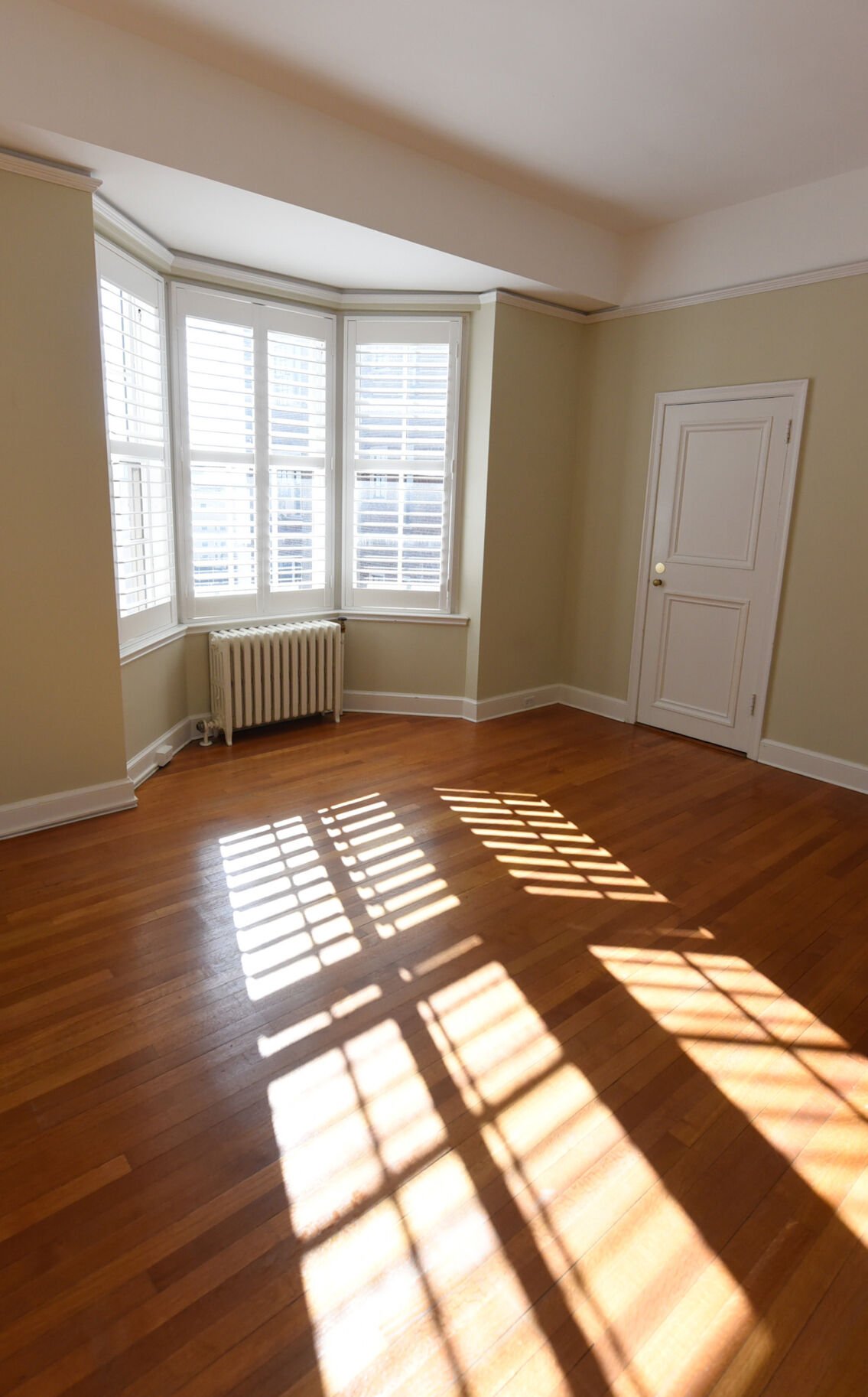 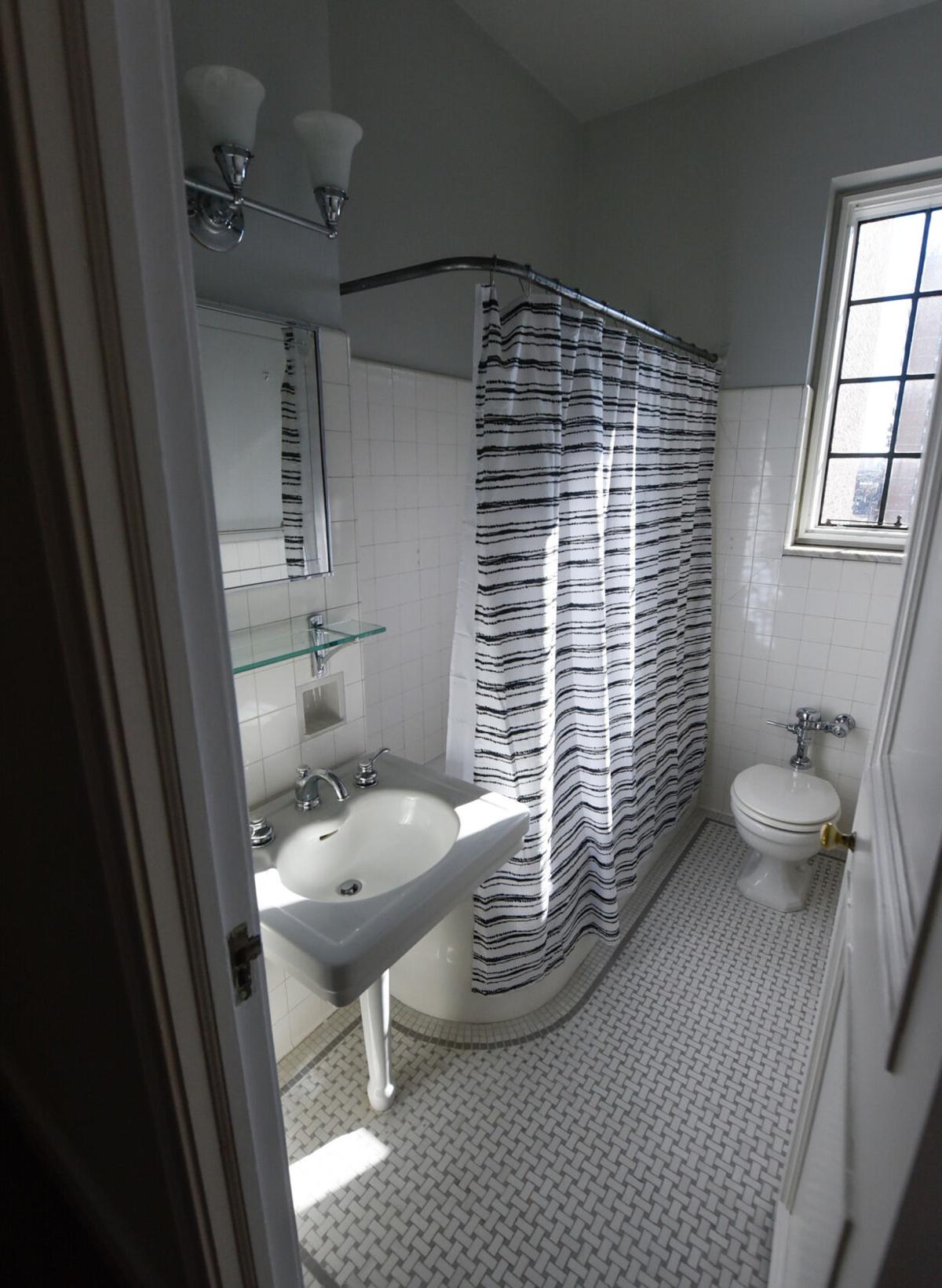 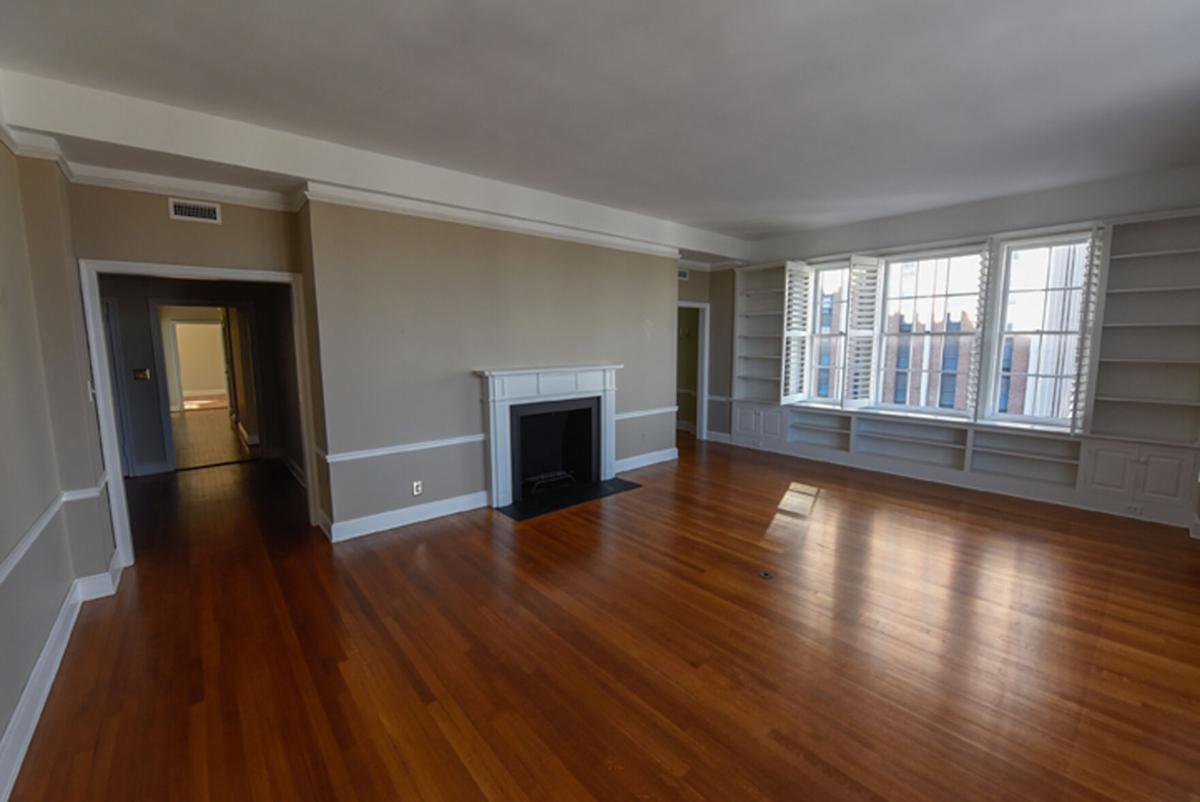 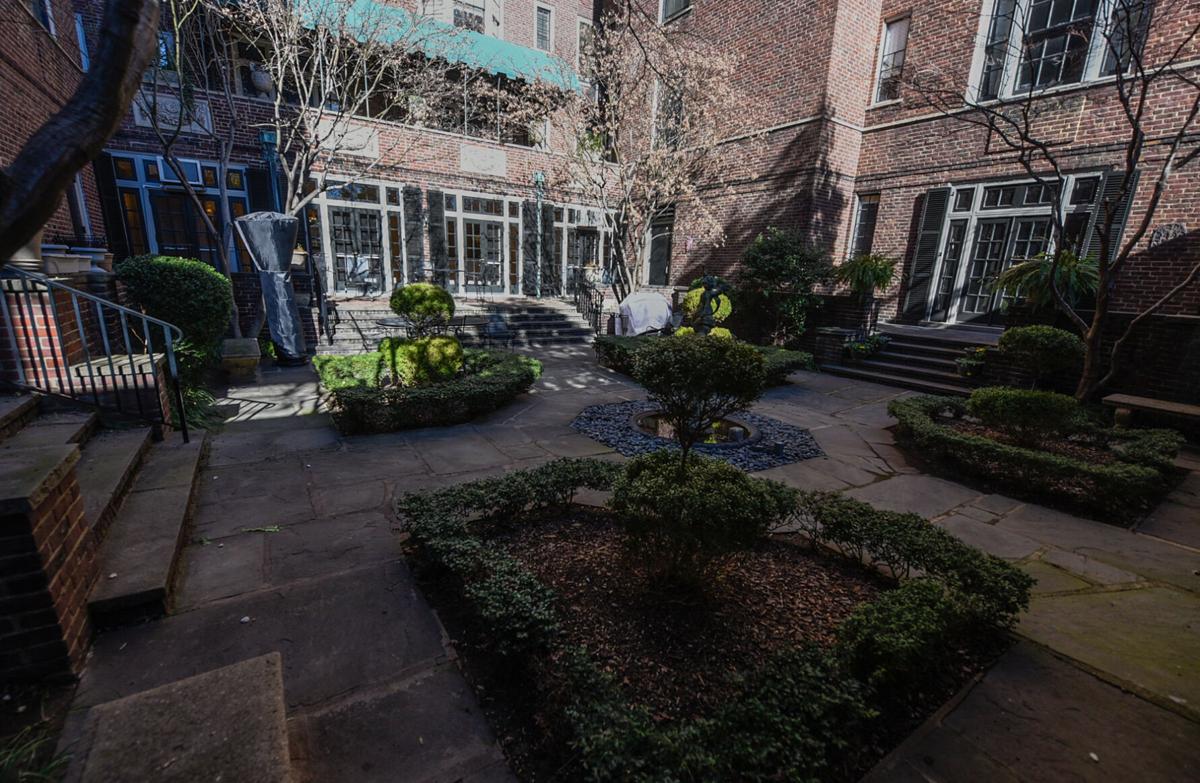 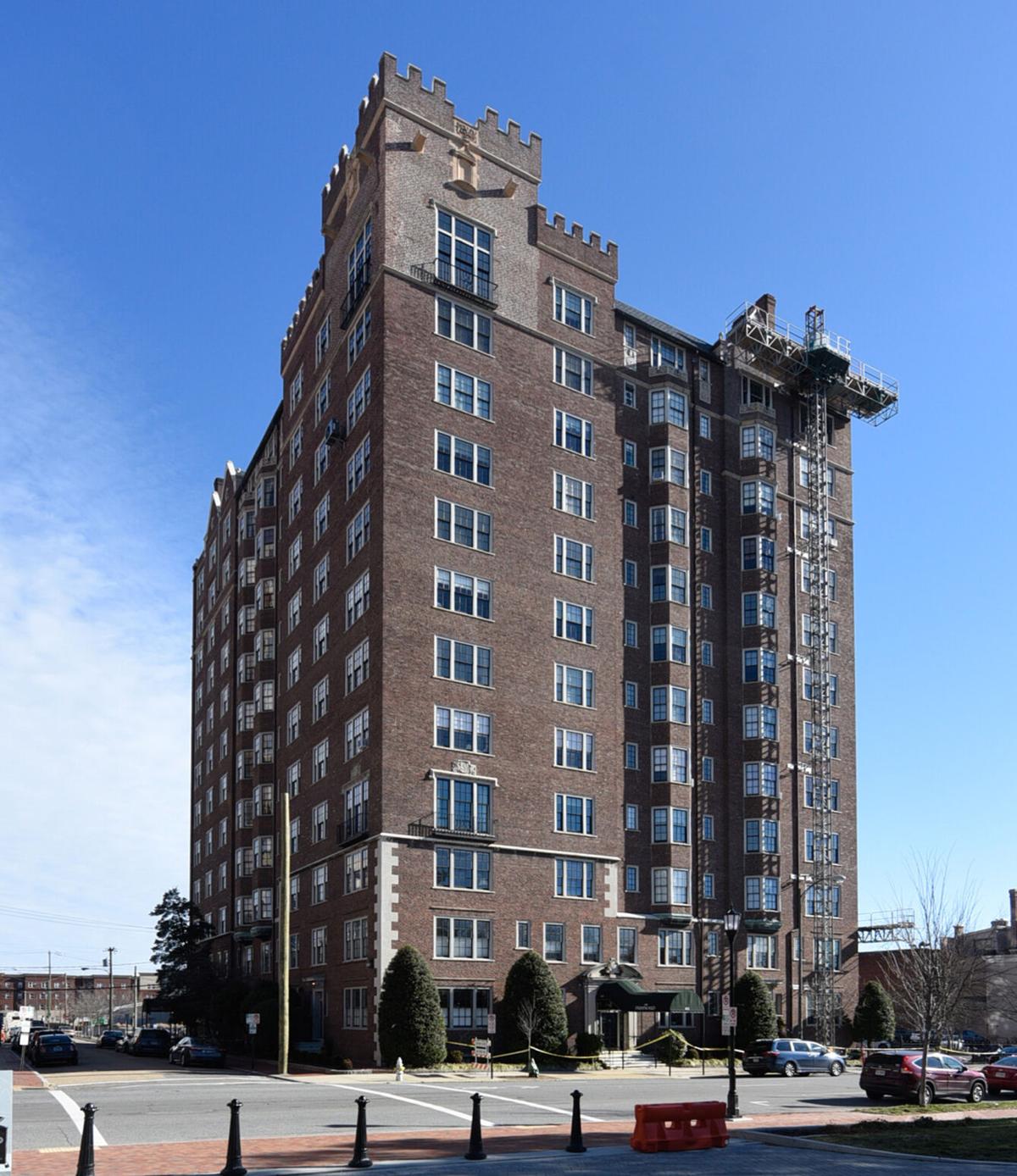 Scott and Nancy Belleman planned on moving back to Richmond’s Fan District once their kids graduated from high school.  They’d lived there as a young couple in the 1980s, and while suburbia had been a good fit for their family, they were looking forward to enjoying an urban lifestyle again.

They didn’t anticipate how hard house-hunting as empty nesters could be.

“We wanted to find something that offered one-floor living,” said Scott, a retired financial planner.  “There weren’t a lot of options in the city in 2008.”

The Bellemans were also fairly specific about the size they were looking for in a new home.  Their house in western Henrico County’s Rosslyn Hills subdivision was 3,600 square feet, and they were unwilling to go below 1,800 square feet in their new home.

They weren’t finding many one-floor living options in that size range, until a person Scott met at an open-house event mentioned the Prestwould.

The Tudor Revival-style Prestwould, which sits on West Franklin Street across from Monroe Park, had been built as a high-rise apartment building in 1929, when luxury apartment living was reaching its highest popularity in Richmond.

“It was designed by Alfred Bossum, who also designed apartments on 5th and Park avenues in New York,” said Chris Small, a real estate broker and president of Small & Associates.  “The Prestwould is very much a New York-style apartment building.”

The building prospered as luxury apartments until the early 1980s, when the Richmond-based Covington Co. bought it and converted it to condominiums.  Today, it has 55 units.

“It’s the closest thing Richmond has to a doorman building,” Small said.  “They have a desk attendant, and the staff makes day-to-day life quite pleasant.”

The Bellemans visited the Prestwould and discovered it met their needs for low-maintenance, one-floor living in a vibrant urban setting.

They bought a 2,270-square-foot unit and undertook a renovation that included adding central air conditioning and converting the maid’s room into a pantry.  They moved in in 2011 and haven’t regretted their decision since.

The Bellemans aren’t the only baby boomers heading back into the city.

“We call them suburban flight people,” Small said.  “They like to go to nice restaurants with sophisticated wine lists and live in walkable neighborhoods.”

Small estimates that baby boomers returning to the city represent 25 to 35 percent of his sales.  And many of them are looking for the scenario that the Bellemans found in the Prestwould:  spacious, one-floor living that is accessible via an elevator.

Some new infill developments in the city have elevators, but they remain relatively rare.

That’s one of the reasons buyers are attracted to the Prestwould, Small says.

Another, less obvious appeal to potential buyers:  the building’s financial and structural stability.

“The condo association has worked diligently to put it in a strong position with strong reserves,” Small said.  “And the building is in the best shape it’s been in in 60 years.”

In recent years, condo sales in the building have been fairly rare.

“There have been a few private sales in the last 12 months,” Small said.  “But there has been only one that was listed and sold through MLS in the last 16 months.”

Compared to that relative drought, there’s a deluge of listings now, with three units on the market at a broad range of price points.

Sometimes, designing a house can be a balancing act.  In the case of the house at 2234 Monument Avenue, its architect, Otis K. Asbury, may hav…