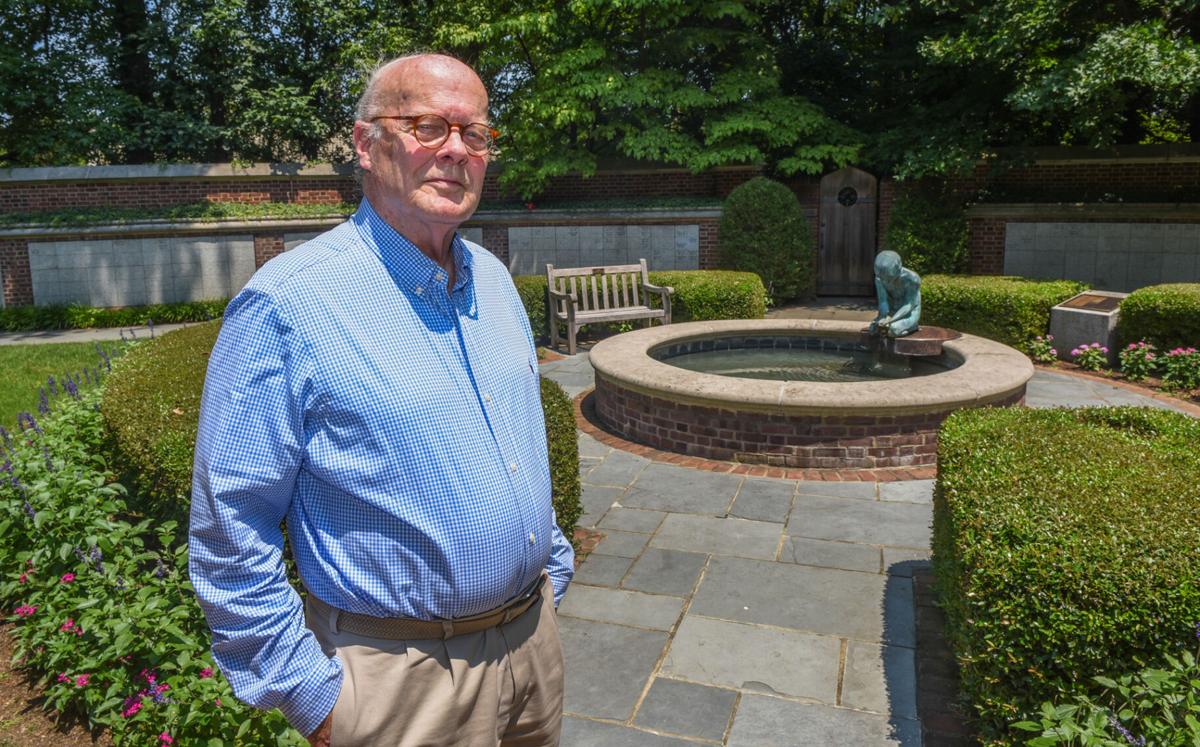 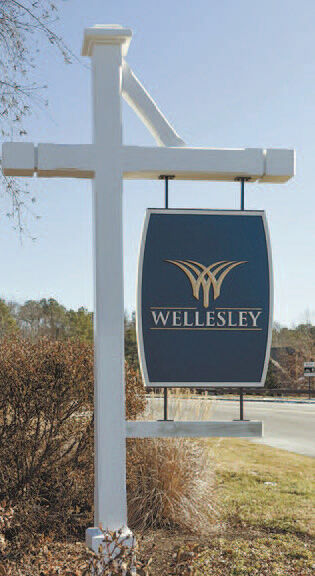 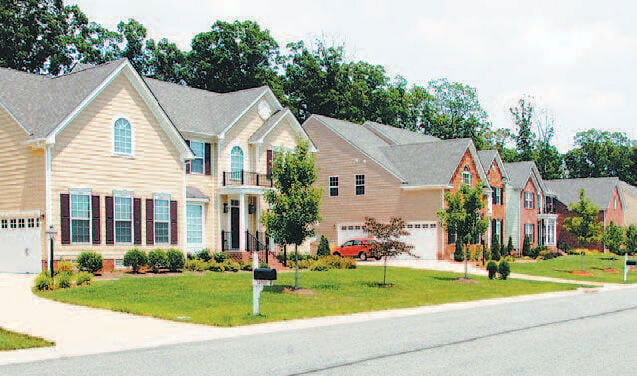 Homes within the Charter Colony community.

The lake at the Wyndham community in Henrico County. 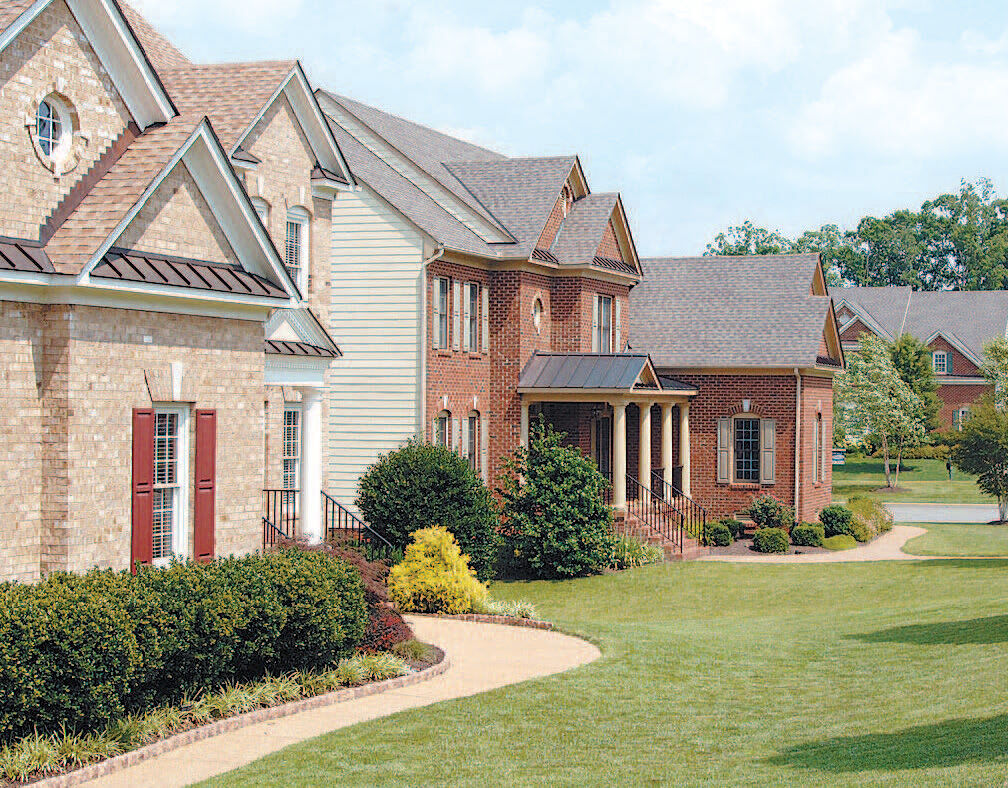 Homes along a street in the Twin Hickory neighborhood. 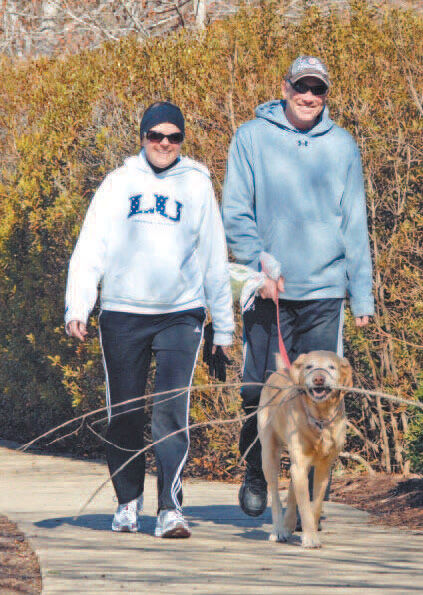 Ellen and Patrick Hulihan walk a 5-mile loop through Wyndham with their dog.

Homes nestled in the Carrington Court neighborhood located in the western part of Henrico County. 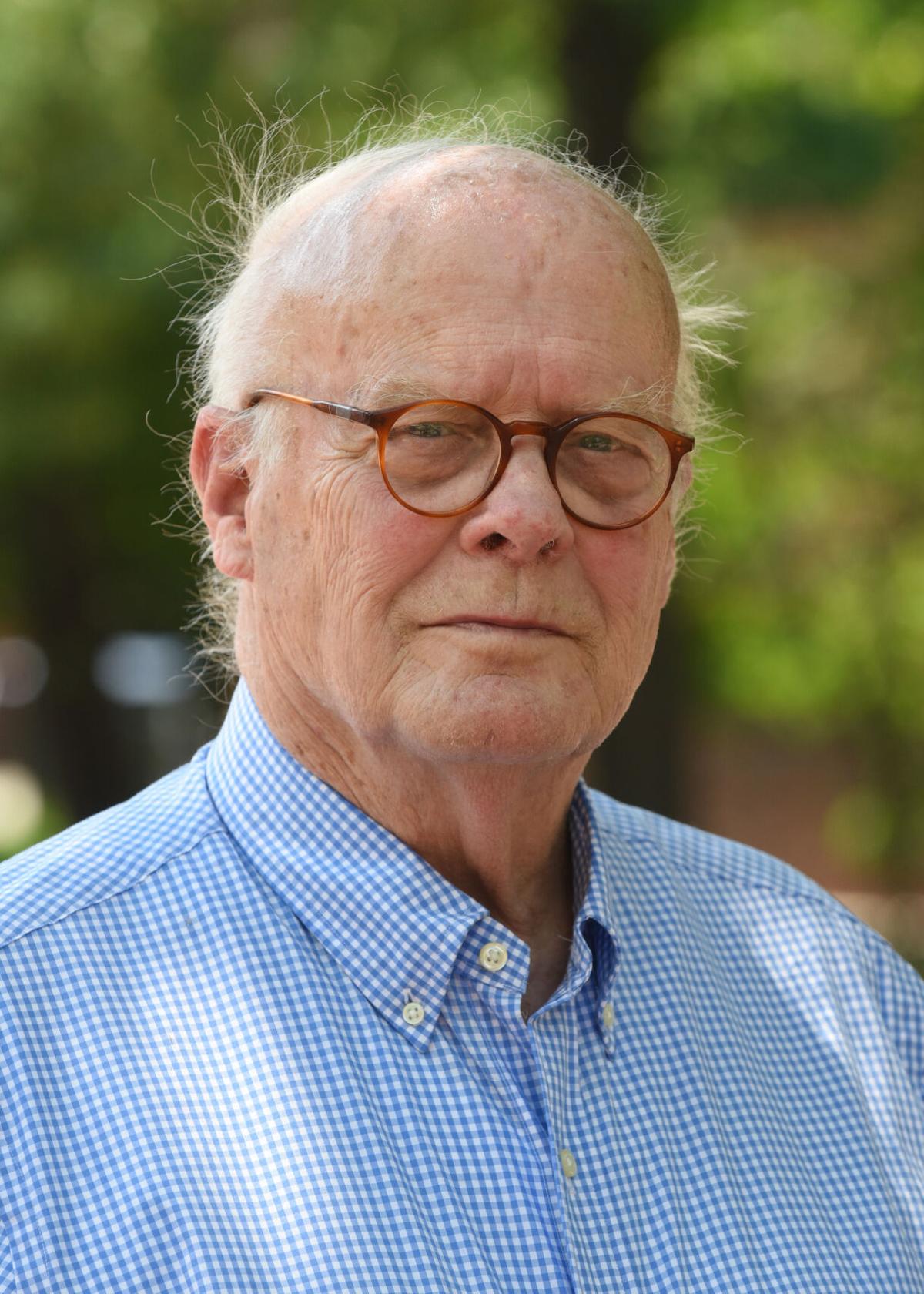 Ralph Higgins, a Richmond-based landscape architect who has worked on several prominent developments over a 49-year career, has an impressive professional lineage.

His father, Kenneth Higgins, worked as a landscape architect for Charles Gillette before starting his own widely respected firm in 1952.

Gillette supervised landscaping for the University of Richmond in the 1910s before becoming Virginia’s most sought-after landscape architect for the first half of the 20th century.

Impressive, right?  Let’s take it back a little further.

“Olmsted was the father of American landscape architecture,” Higgins said.

So Higgins can trace a direct line back to the early days of his profession.

Even so, the native Richmonder faced confusion about his profession, especially in his early years.

“After I bought a station wagon, a friend’s dad joked it was because I needed it to carry the bushes around,” Higgins recalled, with a laugh.  “When you say ‘landscape,’ people automatically think of plants.”

It’s a little more complicated than that – especially on the scale Higgins practices on, as a land planner.

“It’s a large-scale design strategy where we look at a group of buildings to see how they organize with each other, as well as the open spaces they create,” Higgins said.  “Organized open space is important because it’s one of the key ways to add value to a community.”

Academic clients include UR, George Mason University and the University of Mary Washington.

Higgins joined his father’s firm in 1972, and the father-and-son team ran the company – now called Higgins Associates LLC – out of a home office in western Henrico County before purchasing the office building at 8501 Patterson Avenue in 1974.

The firm still has its offices there.

“When we got that building, I was basically in charge of hiring and running the firm,” Higgins said.

Among Higgins’ early clients was Sidney Gunst, who in 1977 was in the early stages of developing a subdivision with his business partner, Tommy Pruitt.

“I was in my 20s, and I knew we needed to get educated,” Gunst said.  “Ralph was really patient with us and gave us lots of ideas and examples for different layouts.”

A couple years later, Gunst asked Higgins to work on the masterplan for a suburban office park to be built on 1,000 acres of former farmland in western Henrico.

Higgins’ plans for the ambitious project, which Gunst named the Innsbrook Corporate Center, included lakes, parks and walking trails that created a sylvan setting for the development’s sleekly modern buildings.

“The land planning, landscaping and architecture were probably the most important to our clients,” Gunst said.  “So we leveraged the creative and intellectual work not just for financing and zoning but also as a central component for our marketing.”

The value of open spaces and history

“We don’t want to just chop up a development into as many lots as we can get,” Higgins said.  “The reality is that open space will add more value than getting another lot, in the long term.”

You can see that approach on a small scale in Higgins’ layout for Kinross off Parham Road in western Henrico.  The community’s fourteen homes line a gently curving road, with a large common area at its center.

It can also be seen on a larger scale in Higgins’ masterplans for the Wellesley, Wyndham and Twin Hickory communities in western Henrico, as well as Charter Colony in Chesterfield County.

The four communities, which were developed by HHHunt, have nearly 8,000 homes in total, as well as expansive open areas for residents’ use.

“We hired Ralph and his company because he had a reputation for seeing the land differently than others and creating special places,” said Dan Schmitt, HHHunt’s president and chief business development officer. “He saw the whole community and how people would use the amenities and appreciate the outdoor spaces.”

He added:  “To this day, I’m impressed with how well his designs have held up over close to four decades.”

Creative vision is the secret to Higgins’ success, says Henrico-based builder and developer John Robertson, who has known Higgins for 49 years.

“He’s as much an artist as a designer,” Robertson said.  “The only quality that’s greater than his creativity is his modesty – his designs are characterized by understated class, a quality that makes them so enduring.”

In 1994, Robertson hired Higgins to create a masterplan that would incorporate a circa-1826 farmhouse into an infill development called Carrington Court.

Higgins’ plan called for a private drive that would run in front of the farmhouse and turn along its eastern edge, thereby allowing the majority of the eight new homes to face the farmhouse as the community’s focal point.

“Historical features are important because they add value to a development, just like open spaces,” Higgins said.  “And adding value is my motto.”

Editor’s note:  This is an installment in the “People who built Richmond” series.

Homebuyers often ask practical questions when they’re sizing up a house. How large is the property?  Is it close to restaurants and shopping? …

Homes within the Charter Colony community.

The lake at the Wyndham community in Henrico County.

Homes along a street in the Twin Hickory neighborhood.

Ellen and Patrick Hulihan walk a 5-mile loop through Wyndham with their dog.

Homes nestled in the Carrington Court neighborhood located in the western part of Henrico County.