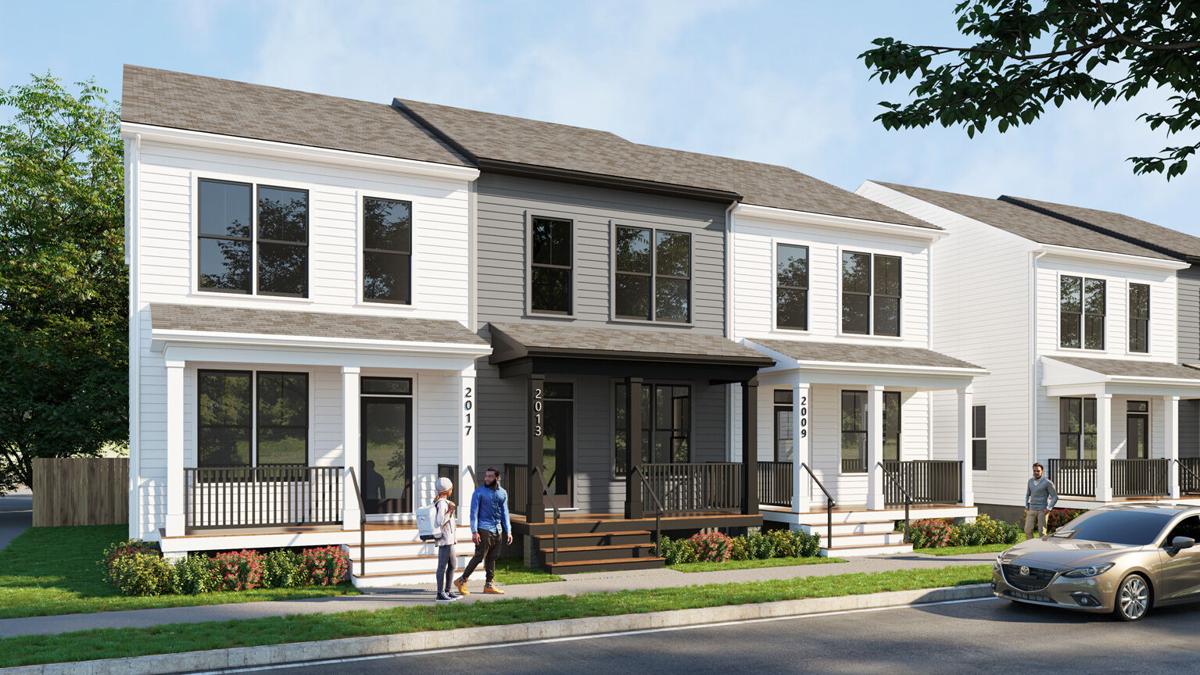 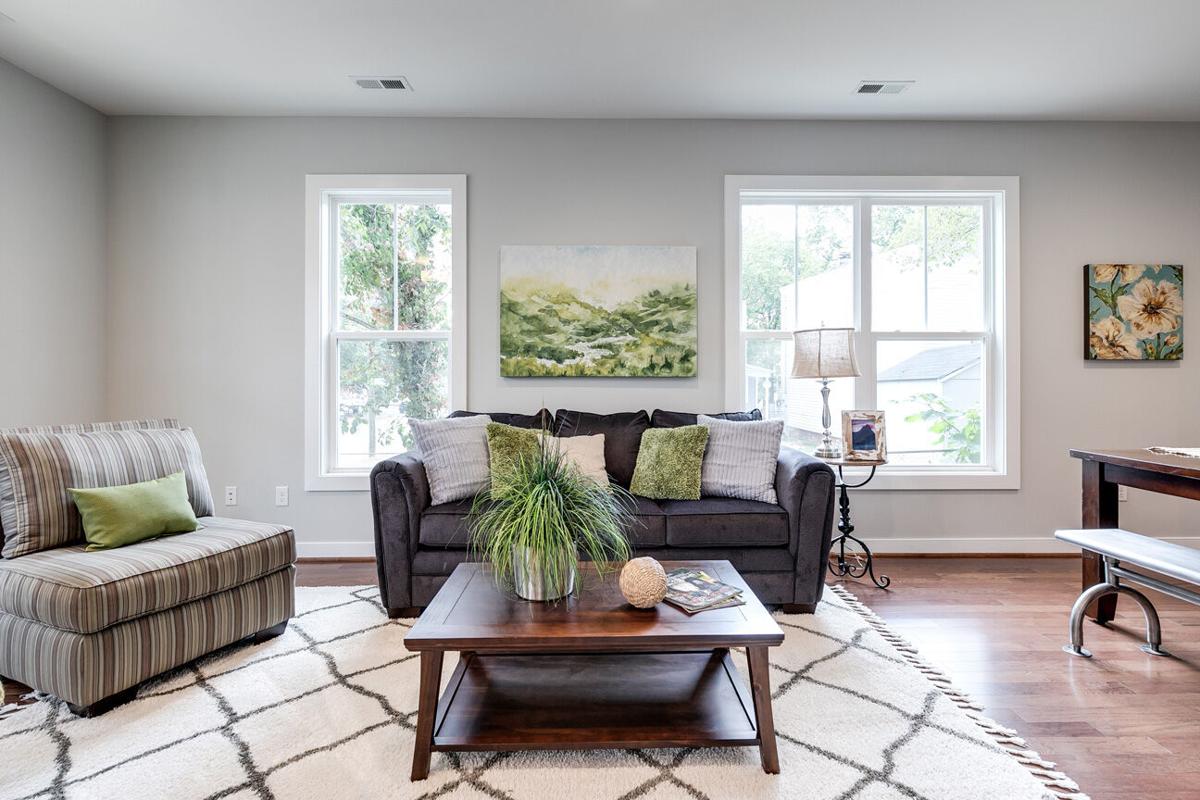 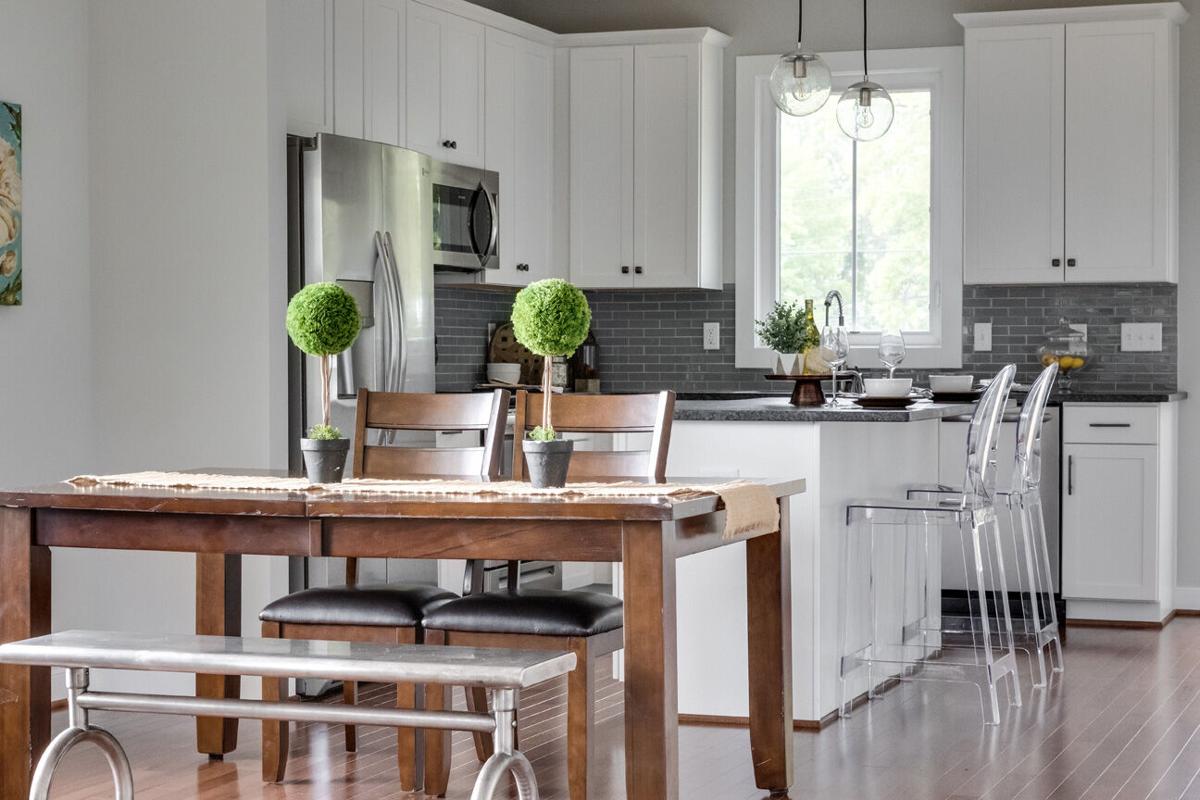 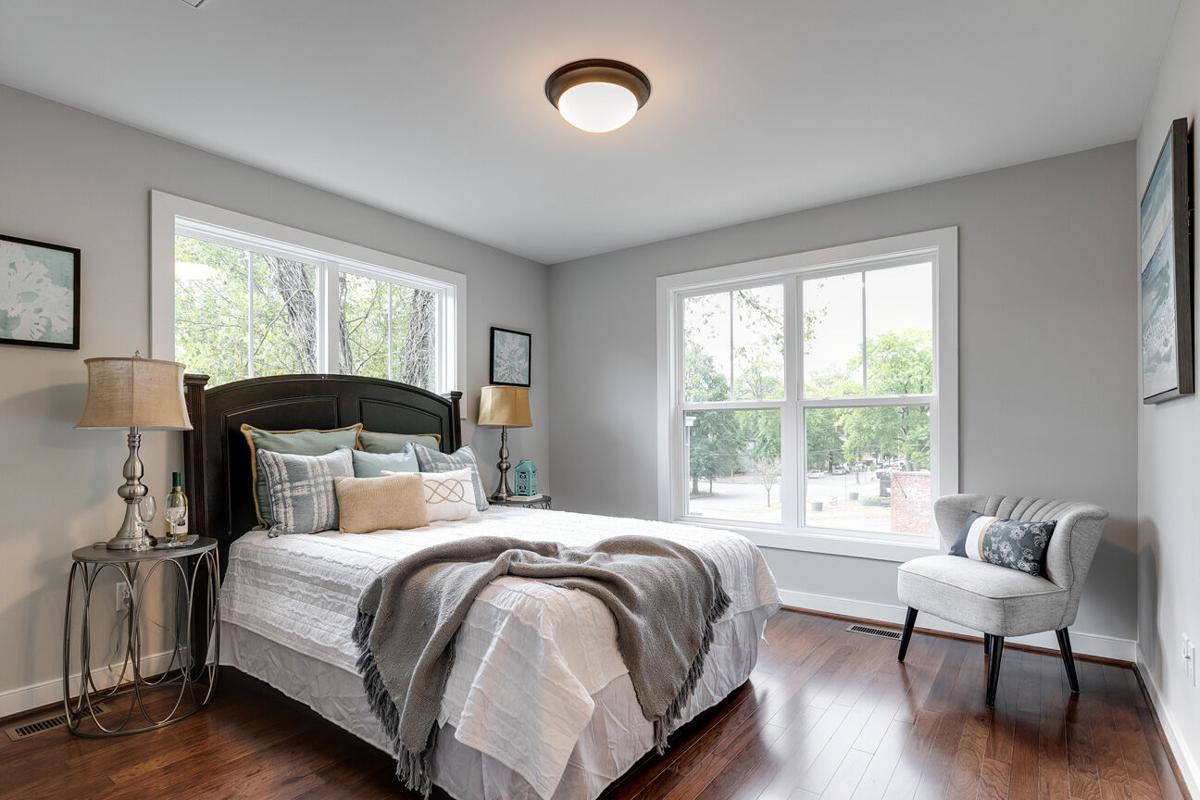 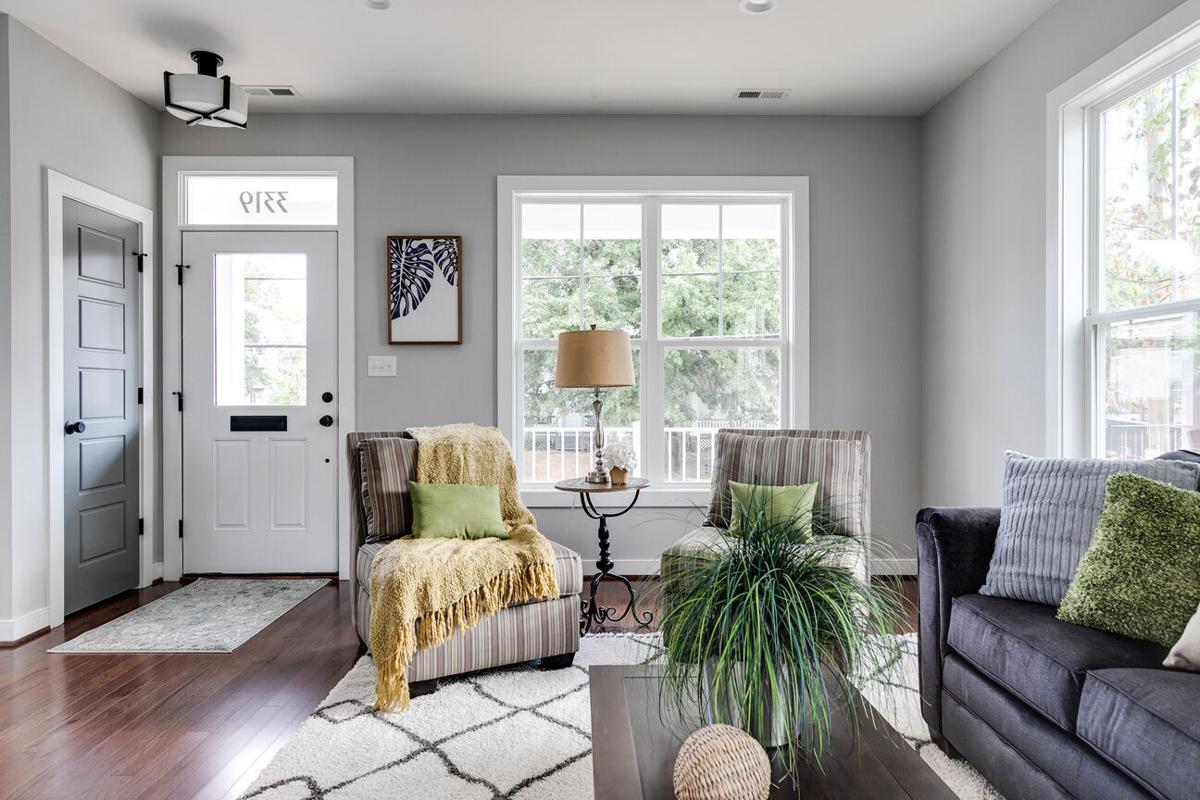 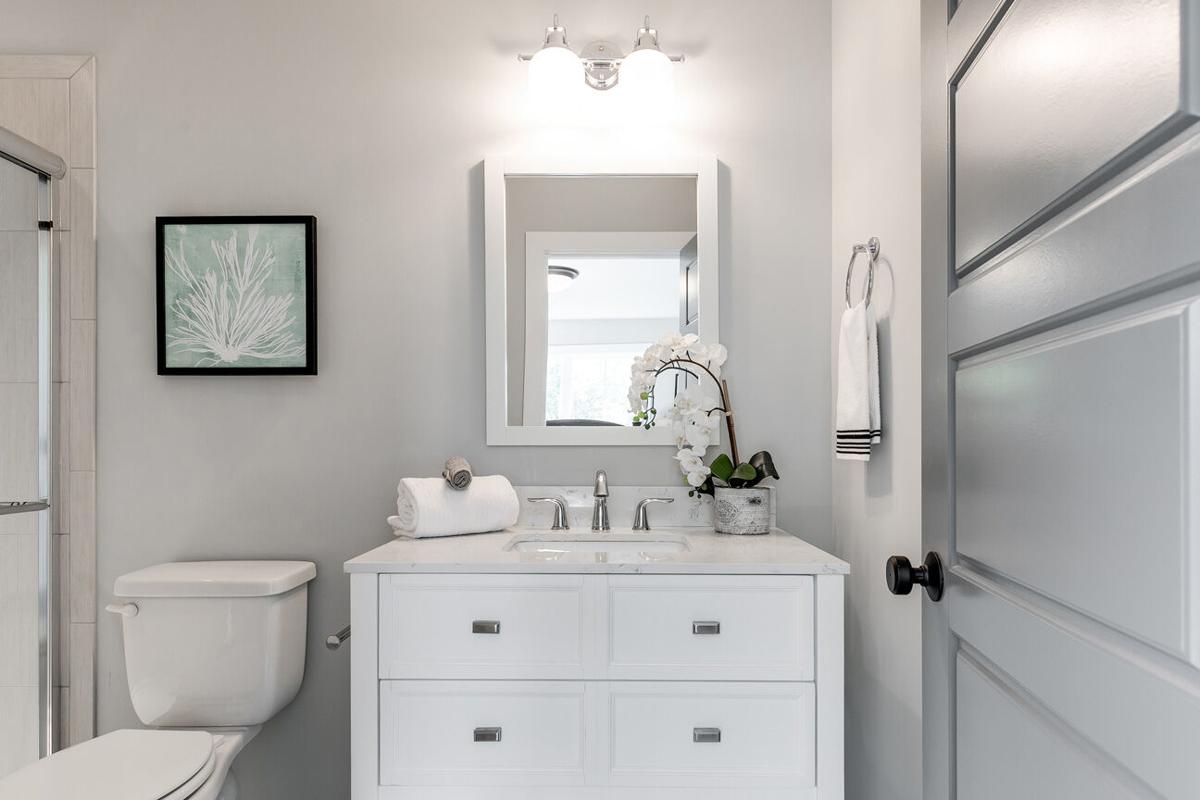 When Dan Magder and Greg Shron set out to develop an infill lot in Richmond’s Fairmount neighborhood last year, they could have taken an easy route.

Zoning regulations allowed Magder and Shron to build two single-family homes on the 7,700-square-foot site, which sits at the intersection of 20th and R streets.  Getting construction started would have been a relatively simple process, says Shron, who cofounded Richmond-based Center Creek Homes with Magder in 2018.

Instead, Shron, an architect and chief operating officer of Center Creek Homes, had a novel idea.  Rather than building two single-family homes facing 20th Street, why not rotate the orientation 90 degrees and build five attached homes facing R Street?

Building five smaller homes would lower the price of each one, offering homebuyers the opportunity to buy a new home in the mid-$200,000s.  (Shron estimates that if the company had built two homes on the site, they would have priced each between $350,000 and $375,000.)

“That’s a win-win for everyone,” said Magder, CEO of Center Creek Homes.

One of the five homes in the development, which Magder and Shron named 20 & R,   will be deeply affordable, with a price of $189,000 for income-qualifying buyers.

“It’ll look exactly like the other four houses,” said Magder, whose background is in finance and investments. “20 & R is a chance for us to show how we can do mixed-income homes.”

Affordability and efficient land use are central issues for Magder and Shron, and 20 & R is a flagship for their idea of how the city should approach infill developments.

“We believe there’s a responsibility to the existing community to create quality homes that are affordable,” Magder said.  “There’s a severe lack of – and a huge demand for – affordable houses in the $200,000 to mid-$300,000 range.”

Building five homes rather than two in the 20 & R development meant Magder and Shron had to navigate a more complicated process, including obtaining a special-use permit and subdividing the land, as well as filing for infrastructure-related permits.  But they say the extra trouble was worth it.

They expect to begin construction this month and plan to finish the project next summer.

20 & R will be Center Creek Homes’ largest infill project to date. The company, which specializes in renovating homes and building clusters of new homes, has worked in Church Hill, Union Hill and Woodland Heights, as well as Richmond’s North Side.

More recently, it has begun expanding into the city’s West End.

It has completed construction on 16 homes, and it has sold approximately 25 with pre-sales.

Shron’s design for the five homes in 20 & R draws on Fairmount’s historic inventory, but with a twist.

“We didn’t want to do something different from the overall vernacular of the area,” Shron said.  “So we chose Colonial Revival, but we’ll make it more of its time with a streamlined and contemporary feel.”

He added:  “On the exterior, you’ll see clean lines and dark windows for a fresh feel on a traditional form.  That will hold true on the interior as well with simple, square moldings.  We’re not trying to mimic an historic home.”

Each of the houses will be 1,360 square feet and will share the same floorplan, with three bedrooms and 2½ baths.

To enhance the feeling of an expansive interior, the houses will be open-floor concept with tall ceilings and high windows to let in natural light, Magder says.

“We’re giving buyers the chance to select their finishes, which is rare for an entry-level home,” said David Seibert, a real estate agent with Long and Foster and the listing agent for 20 & R.

“We’ve seen a tremendous amount of interest, and we sold one right away,” Seibert said.  “We’re in talks with a number of groups now.”

20 & R’s appeal is straightforward, he adds.

“People love new homes, and it’s extremely rare to be able to buy a new, high-quality home close to downtown at this price point,” Seibert said.

The 2200 at Cary: A Modern infill community, aimed at homebuyers ‘who love urban living’

Chances are, if you remember anything about the northeast corner of the 2200 block of West Cary Street, it’s the prominent billboard that loom…