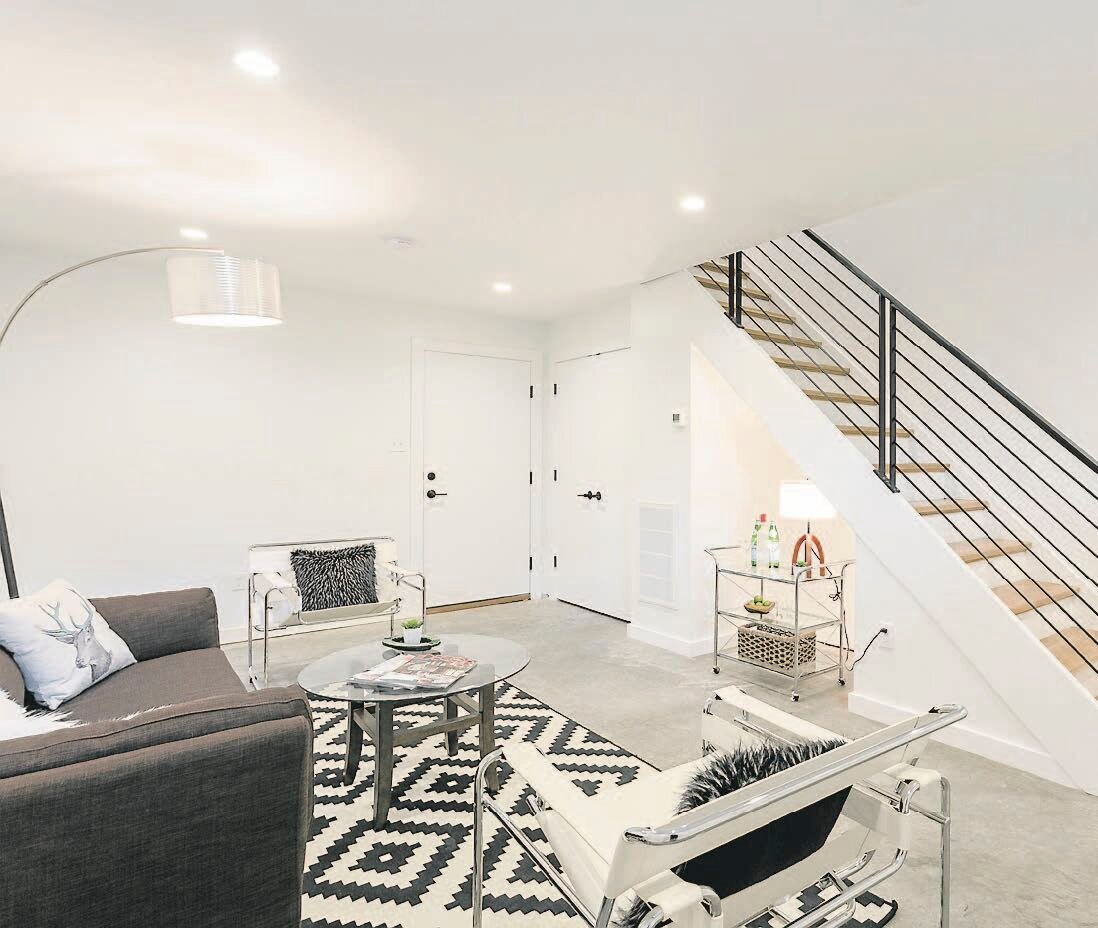 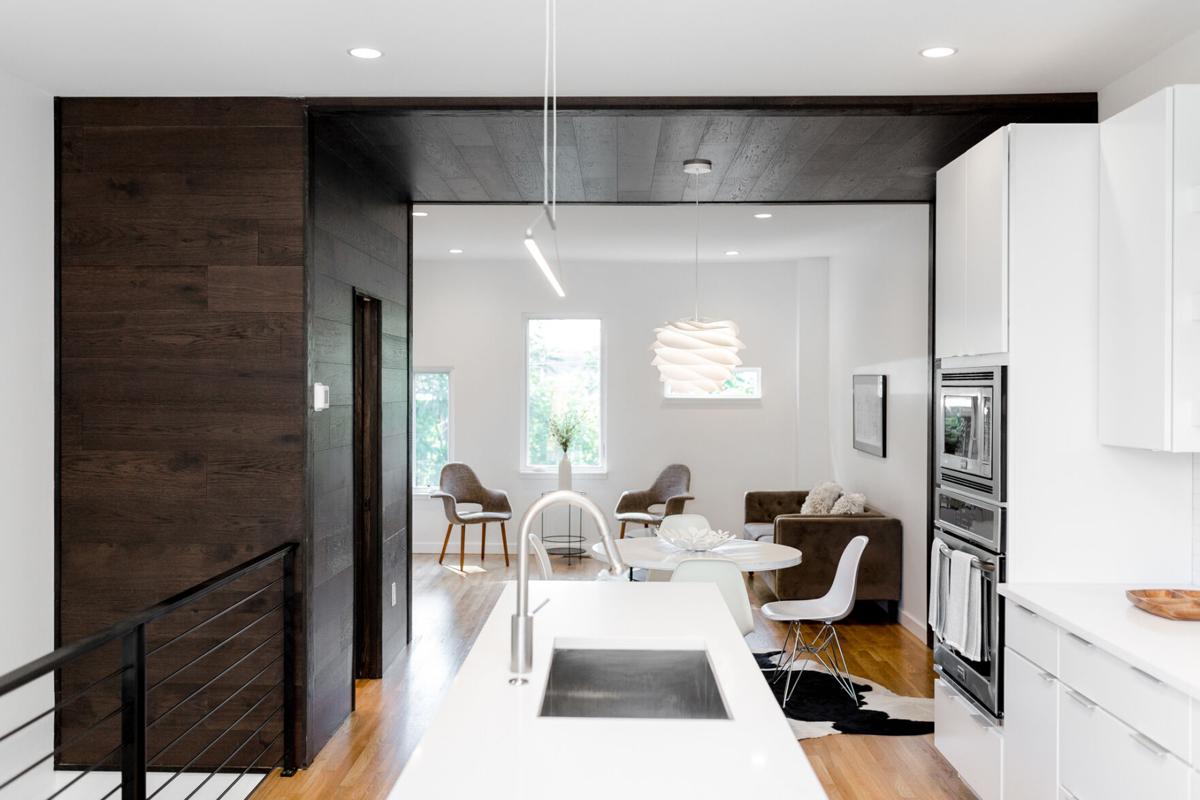 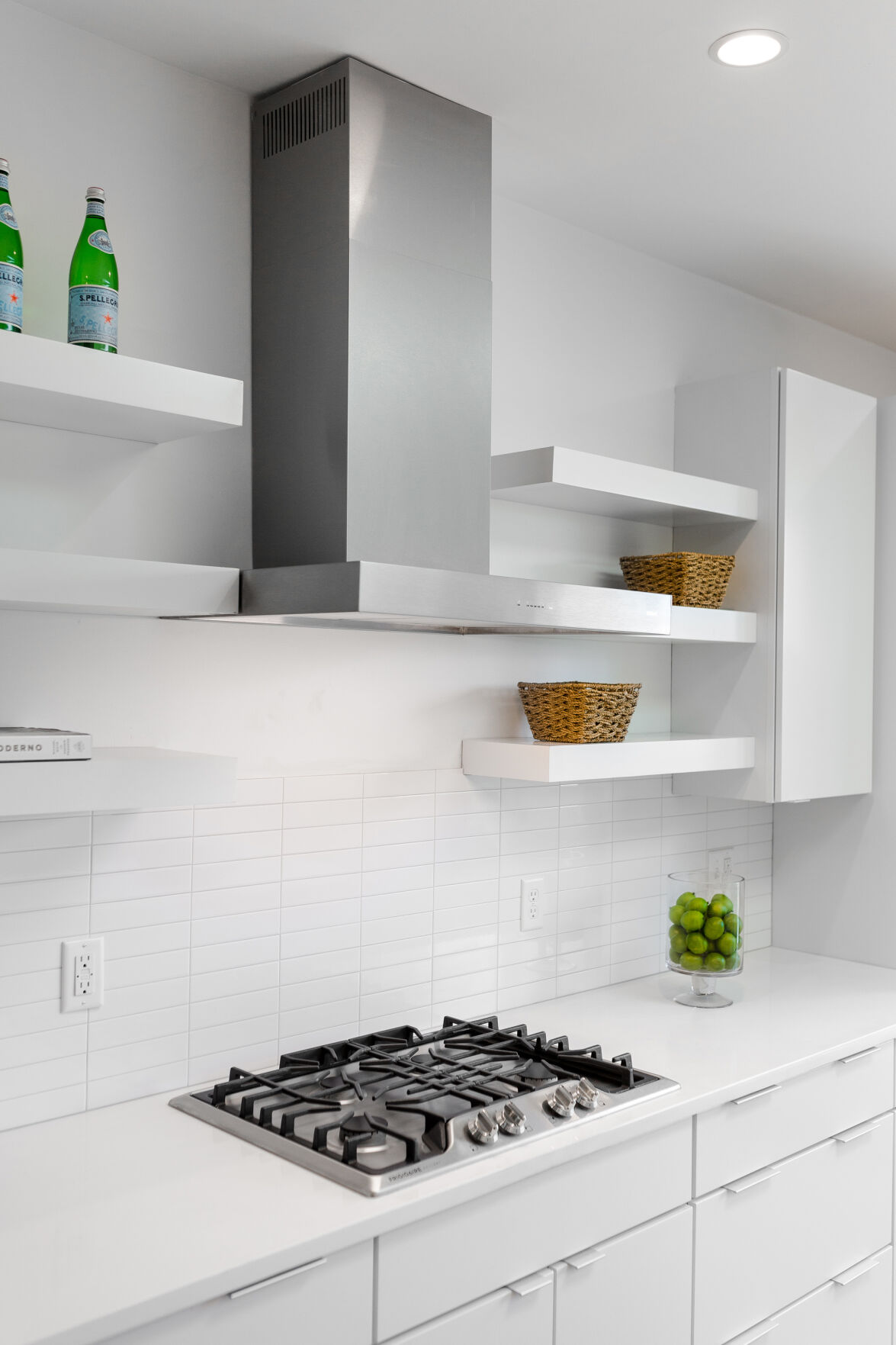 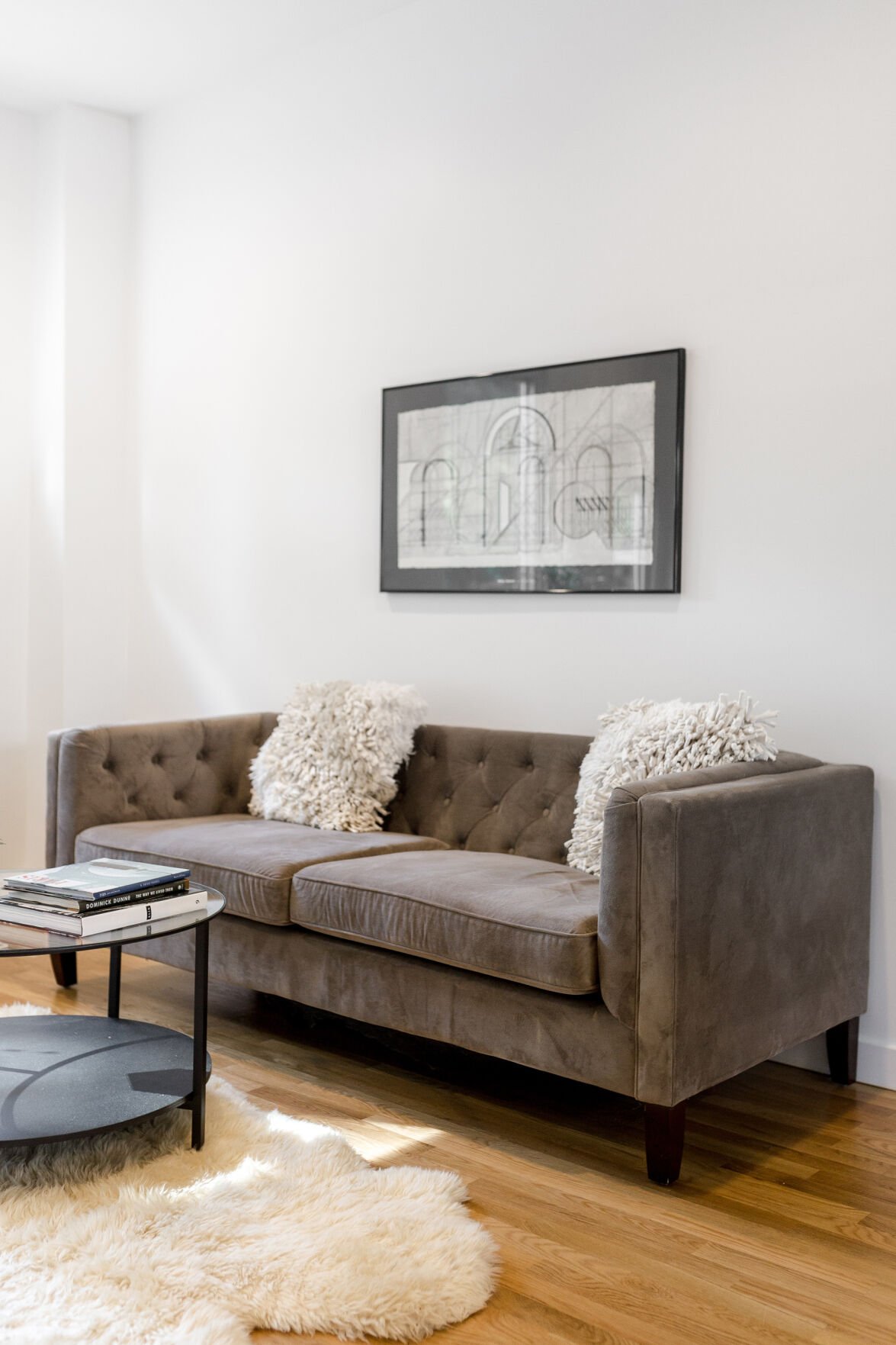 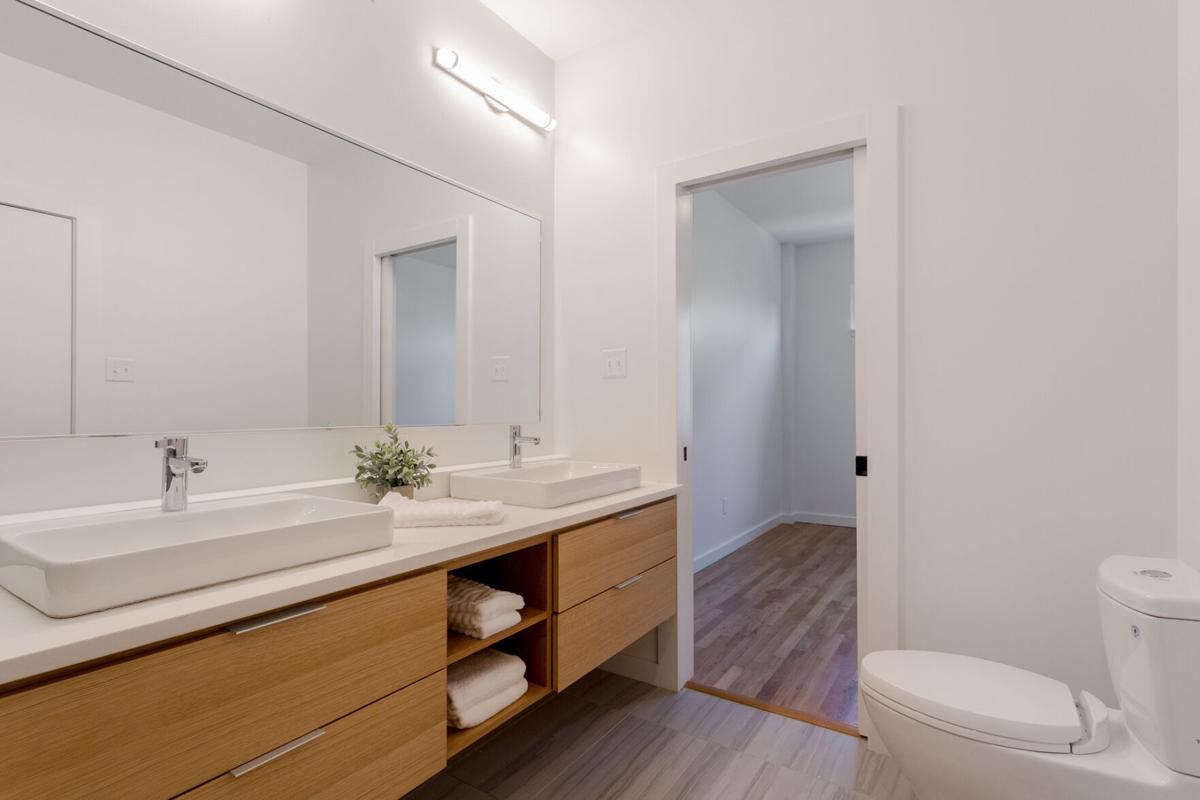 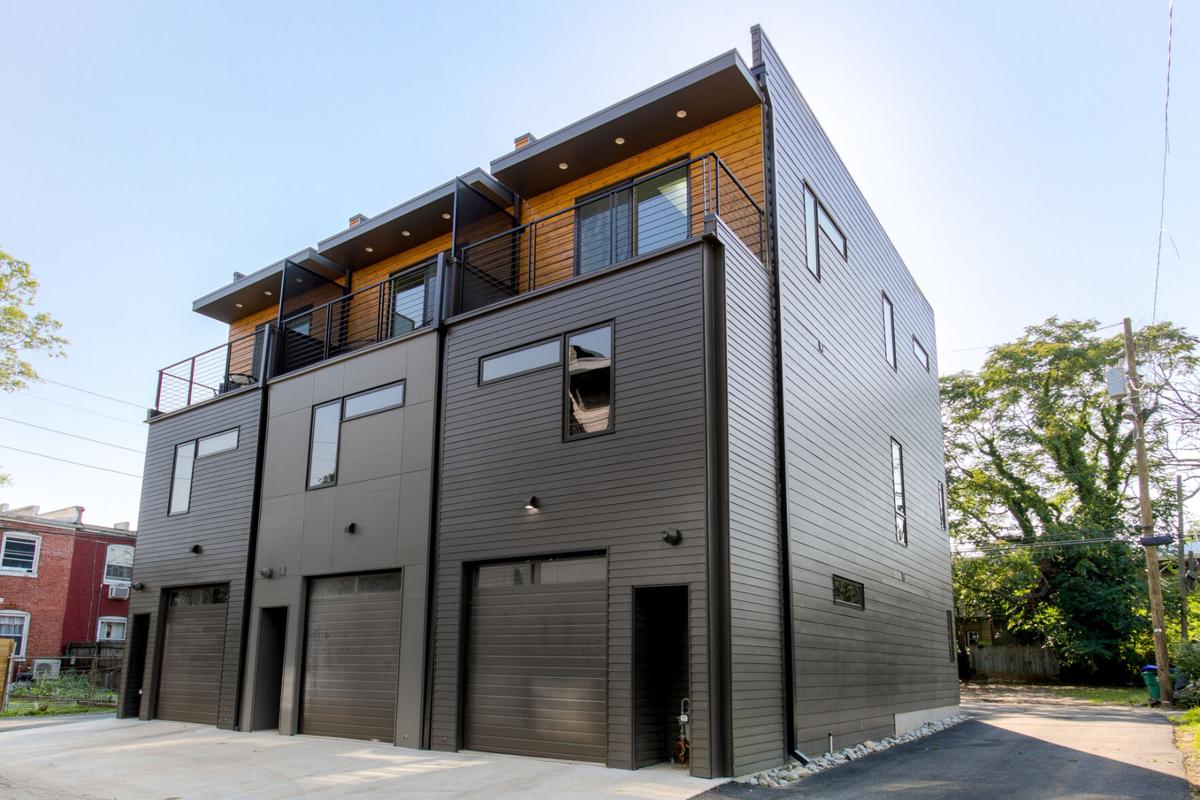 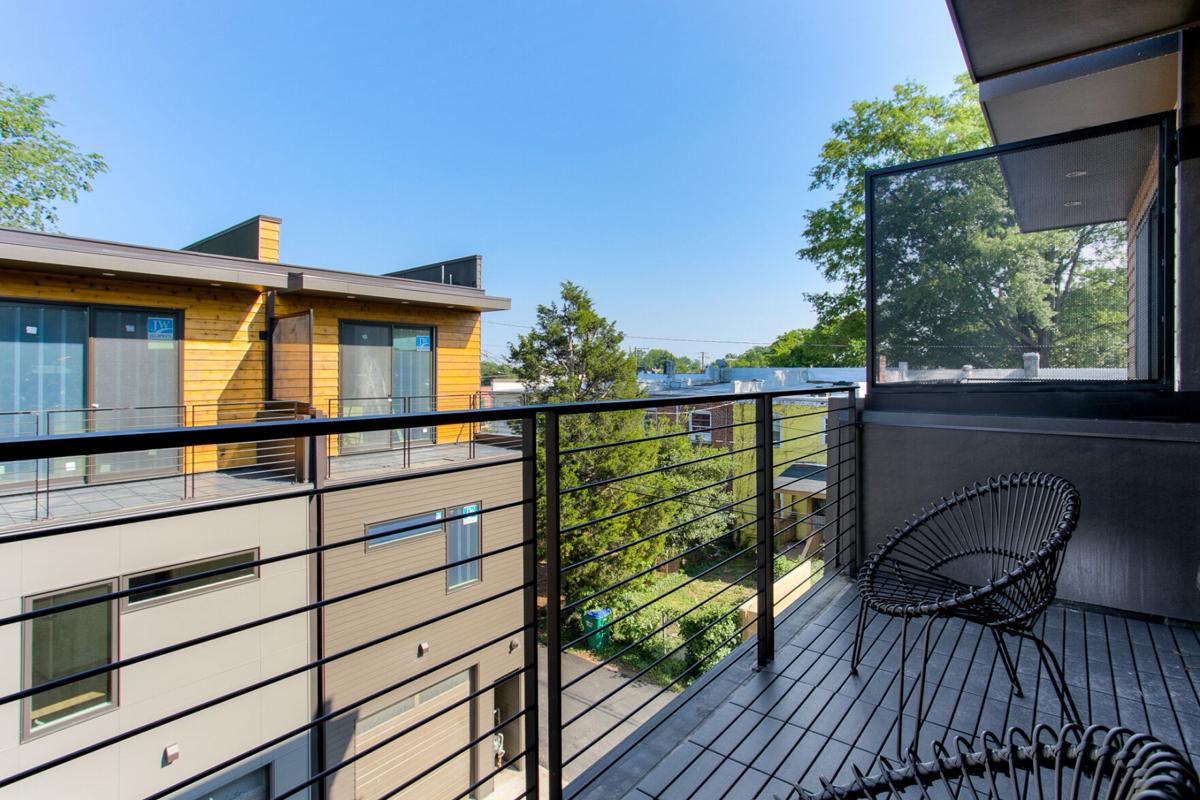 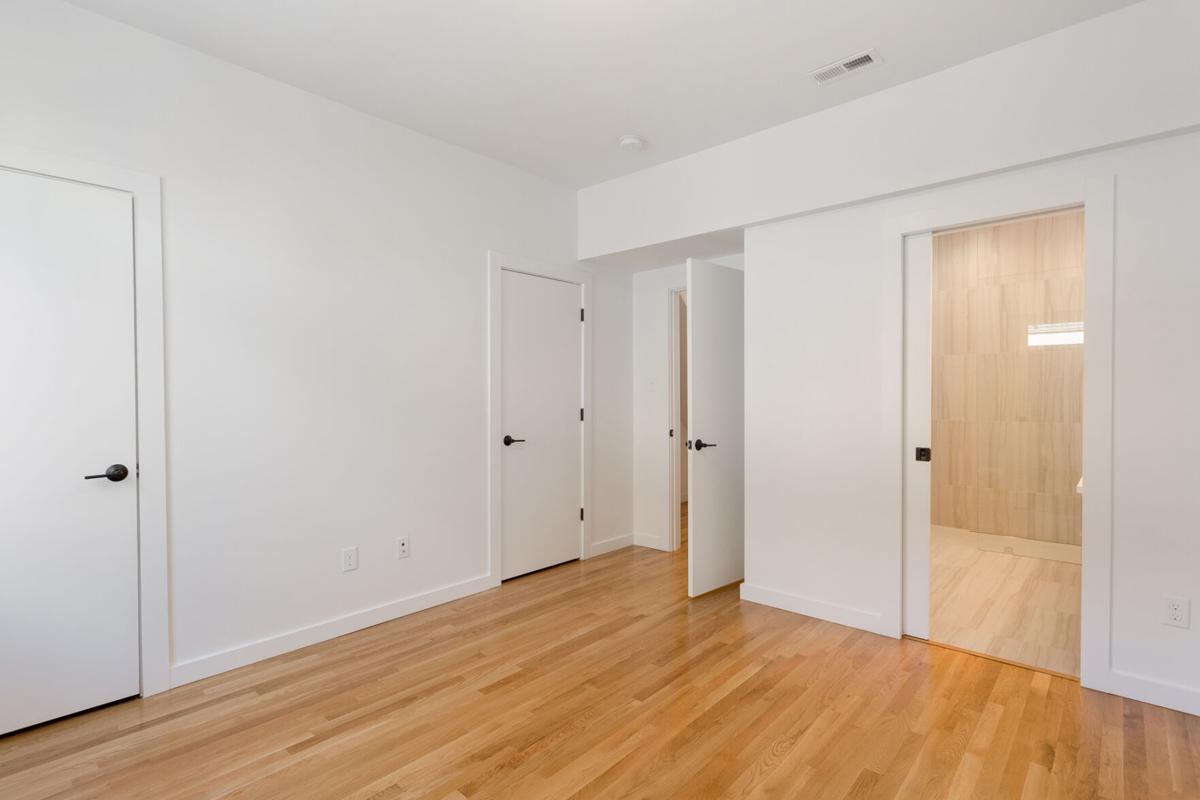 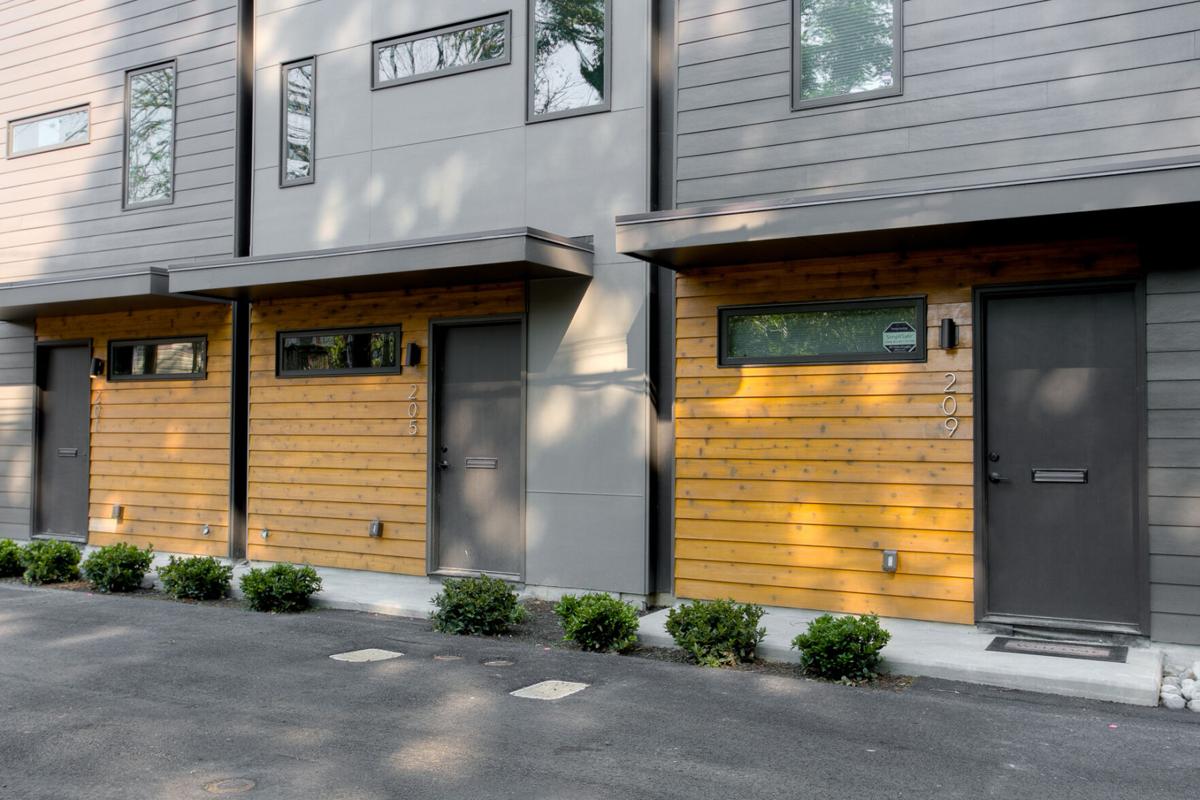 Opportunities for infill residential developments are scarce around Richmond’s Fan District.  So six years ago, Patrick Sullivan turned to a novel source:  its alleys.

The site he picked – a one-eighth-acre parcel behind the Cask Cafe & Market in the 200 block of South Robinson Street – seemed perfect for a bold project.

The area around it was attracting developers, and the site had one owner, which is relatively rare for Richmond’s alley-bound properties.

“It’s unusual to get an intact, singular piece of land like that,” said Sullivan,  a real estate agent with the reRVA team at One South Realty.  “Normally, it’s a fractured ownership.”

The question:  What should the site be?

“The previous owner had talked about doing a single-family residence or storage there,” Sullivan said.

Sullivan says he had an a-ha moment on a trip to Portugal, where he saw neighborhoods built around inner courtyards rather than facing streets.

“When you’re on the road, the noise is high,” Sullivan said.  “But the noise in these interior courtyards is lower.  They’re walkable and urban, but private.”

The Richmond market was ready for something similar, he decided.

Sullivan partnered with John White, an architect and principal of Scott’s Addition-based 510 Architects, and Danny Meyer, a general contractor and president of Richmond-based Dallan Construction Inc., on a design that evolved into six Modern-style townhomes.

The partners named the infill development A2, to suggest “It made alleys exponentially more useful,” Sullivan said.  They later simplified it to A2.

They decided to replicate the scale and proportion of a typical Fan home but with Modern features in part because the townhomes’ secluded position gave them greater design flexibility.

“I thought we needed to see Modern,” Meyer said.

A2 isn’t the first time an alley has been developed for residential use in the Fan area, but the two or three previous projects entailed adaptively reusing existing structures, Sullivan says.  This is the first example of a new-construction residential project on an off-street parcel.

It’s unlikely to be the last.

“Developing on alley parcels should be embraced here, like other cities have,” White said.  “There’s a huge need for it in the area around the Fan.”

Don’t expect many of them to be as large-scale as A2, though.  Having to buy a number of parcels from multiple owners – the most likely scenario – makes the undertaking a lot tougher.

“A lot of stuff came together for us on this project,” White said.

Meyer was A2’s investor and developer, and his company built the townhomes.  Construction began in March 2017, and it wrapped up a year later.

Working on the relatively small site posed the greatest challenge, from a builder’s perspective.

“It was very tight,” Meyer said.  “We had to phase things in such a way that we could have all the materials we needed on hand and still get around the site.”

Each of the six townhomes has a one-car garage and a flex room on the first level; two bedrooms, a common bath and a laundry on the second level; and an open-plan living area with a powder room and a kitchen that leads out onto a portico balcony on the third level.

A dumbwaiter runs from the garage to the kitchen.

Having the bedrooms below the living area isn’t traditional, but the views from the top level justified inverting the floorplans, White says.

The units went on the market with list prices ranging from $399,500 to $434,500, and all six sold before construction was finished.

“The Fan is generally a high-cost area, without a lot of affordable homes,” Meyer said.  “That’s one of the reasons we wanted to build – it made home ownership viable.”

One unit has been listed as a resale – the owner had to relocate for work, Sullivan says – and it sold for $439,000 after six days on the market.

“The Modern design, the location and the price point – that’s the trifecta that drove the sales,” Sullivan said.  “I still get calls about it almost weekly.”