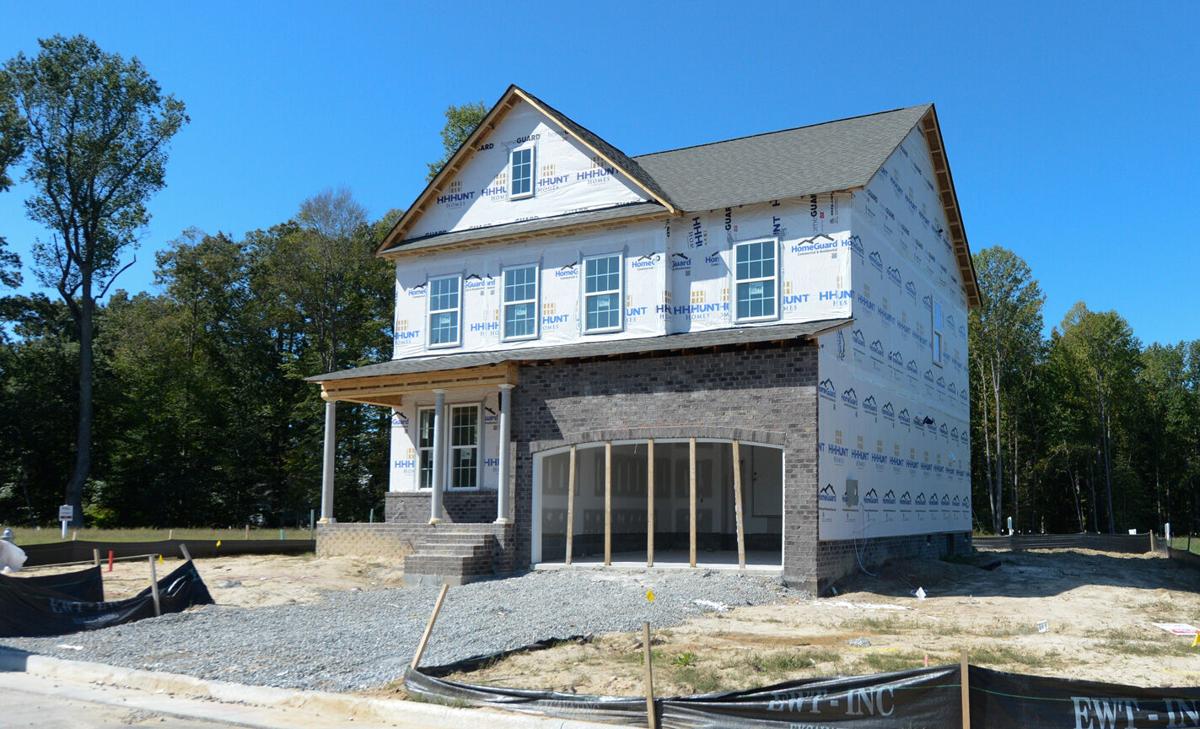 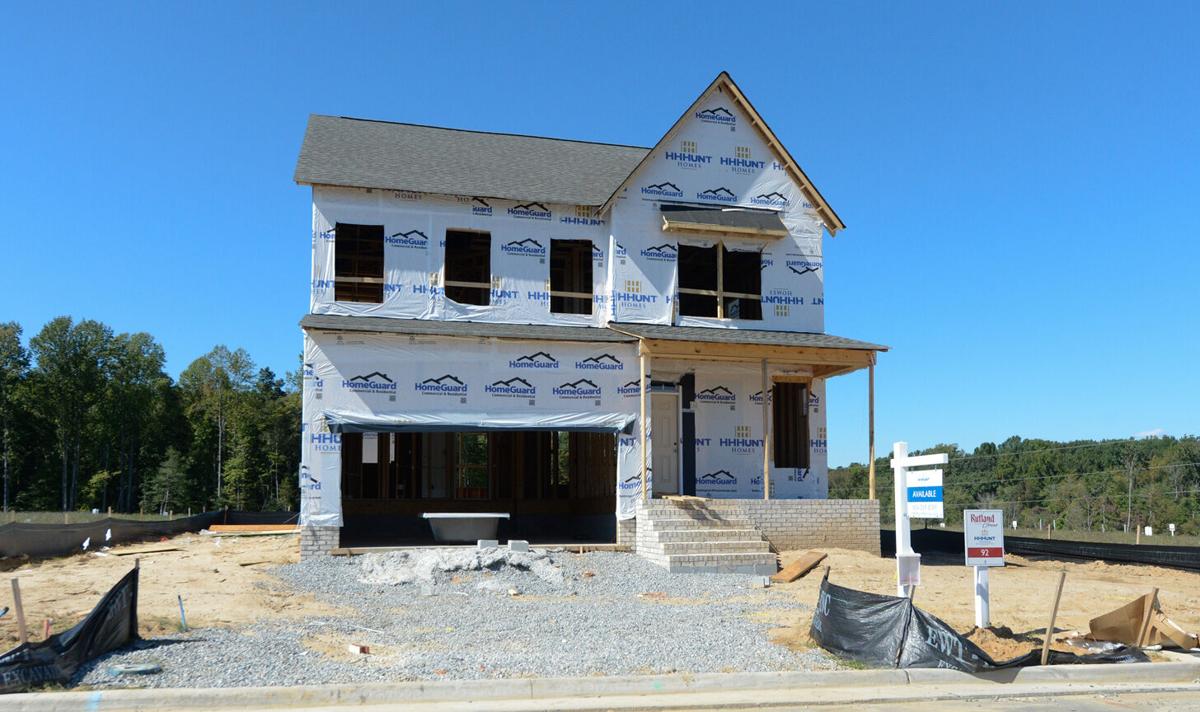 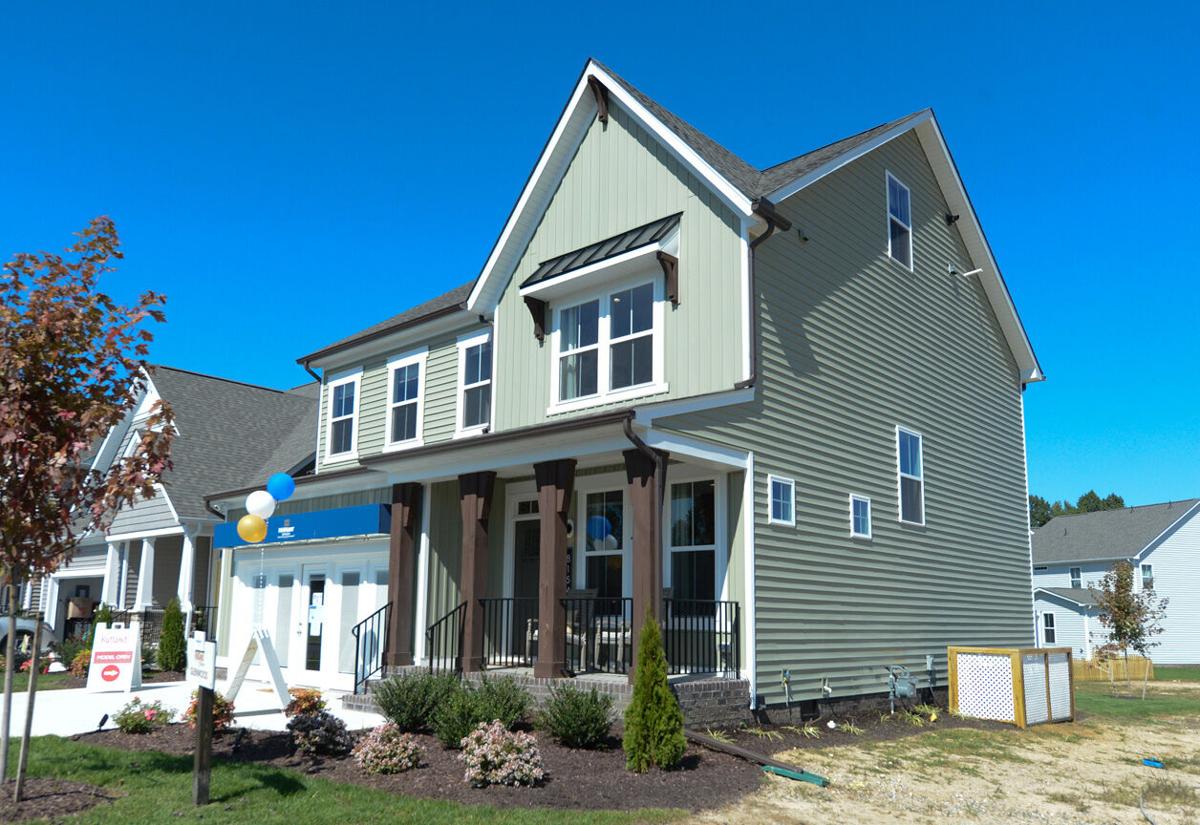 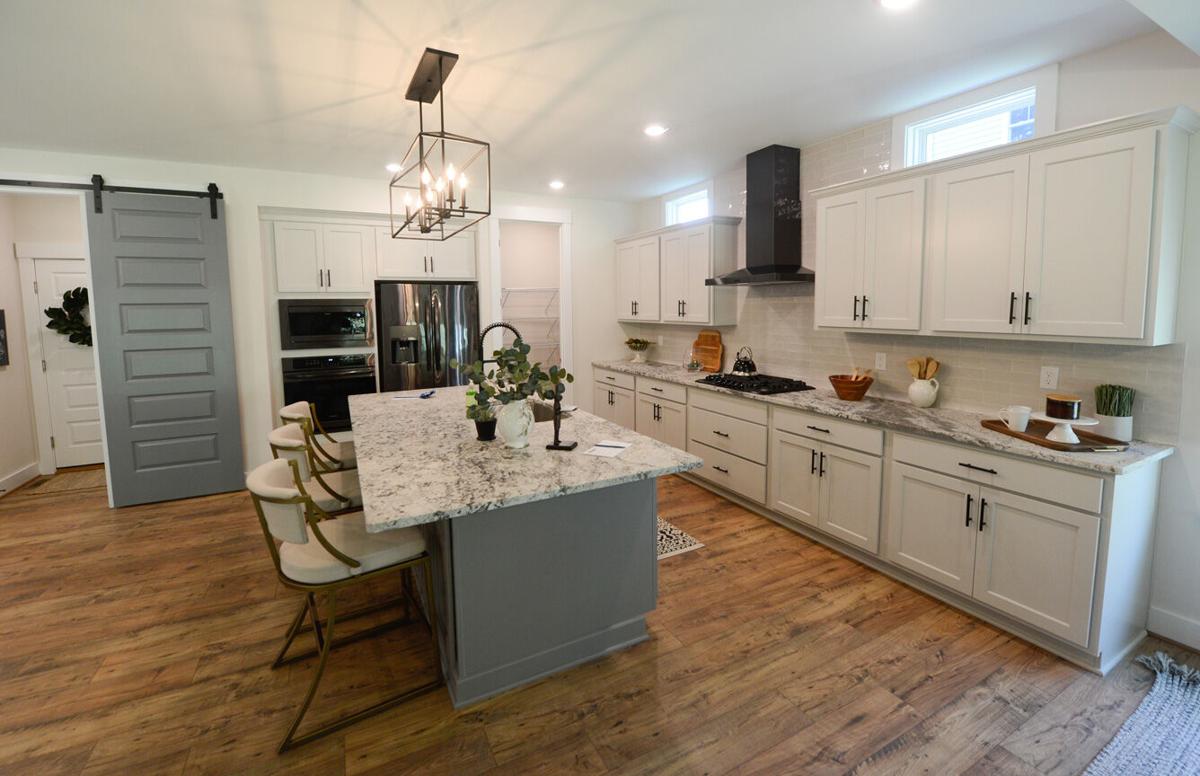 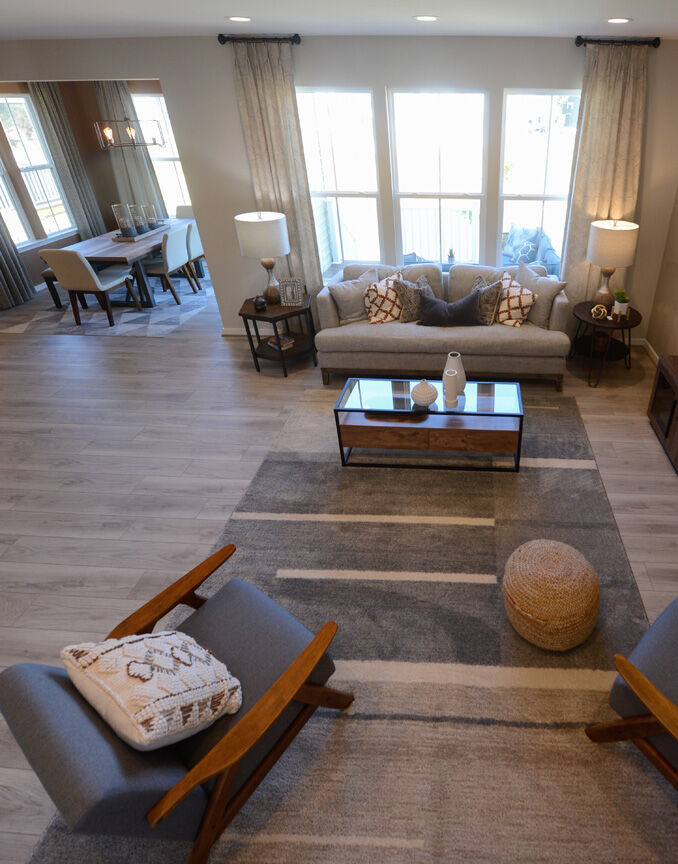 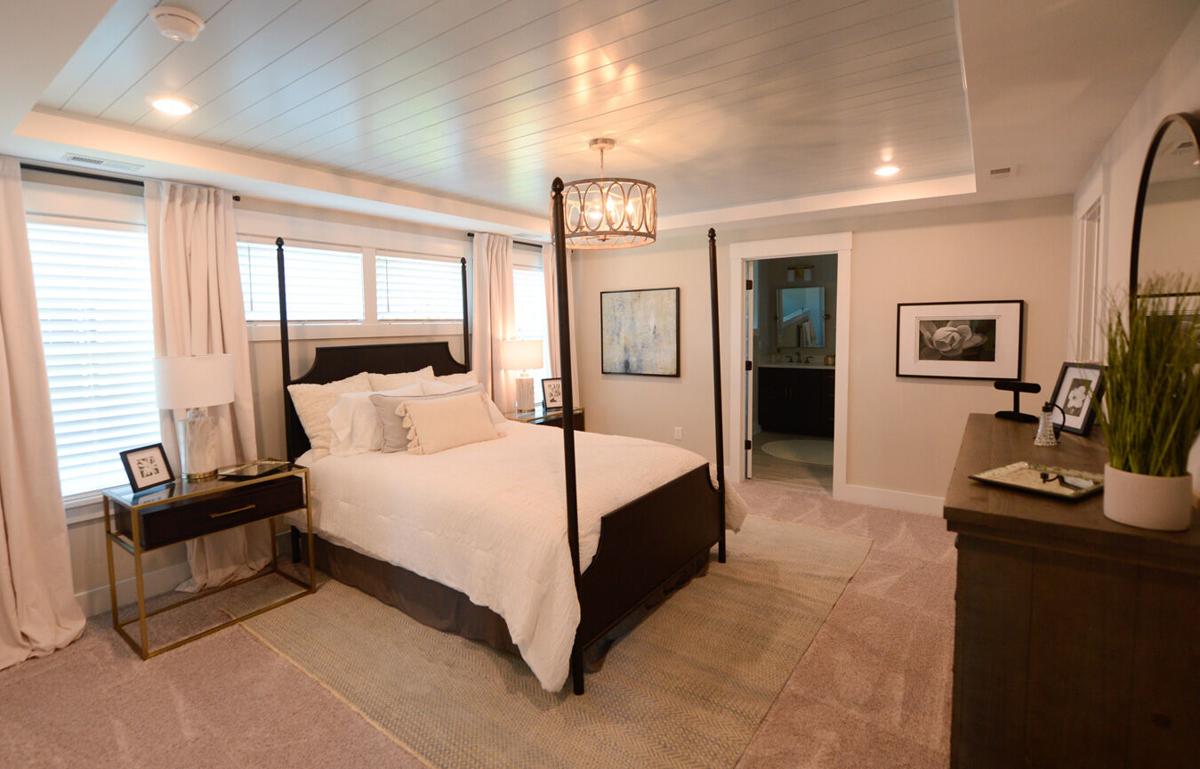 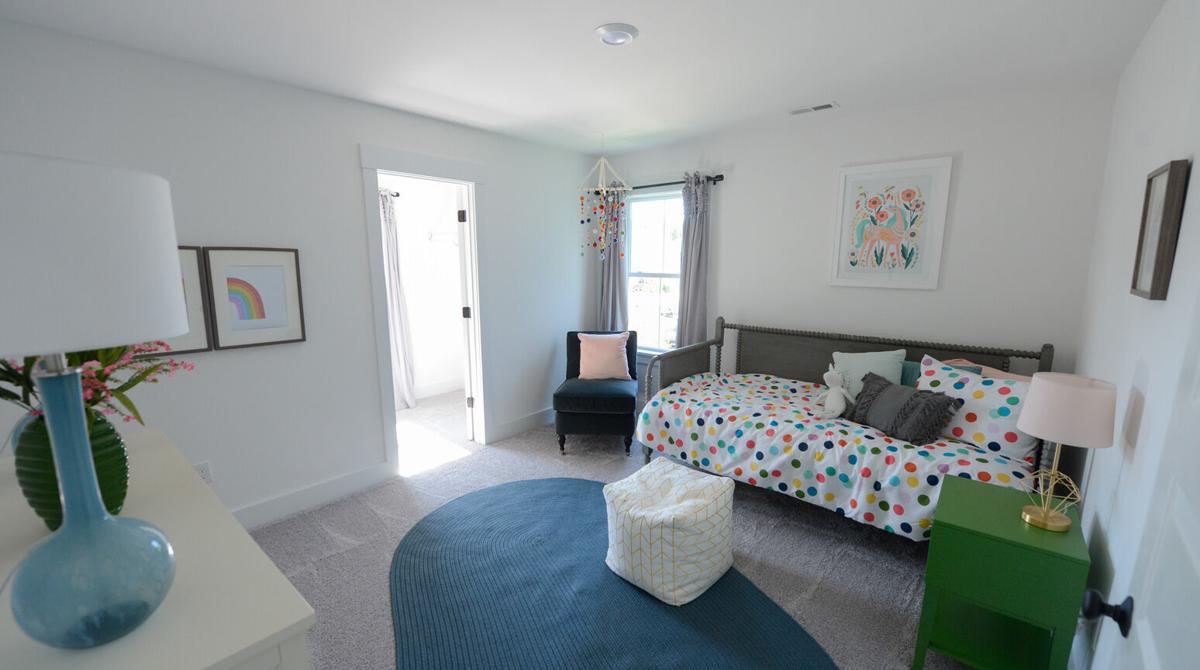 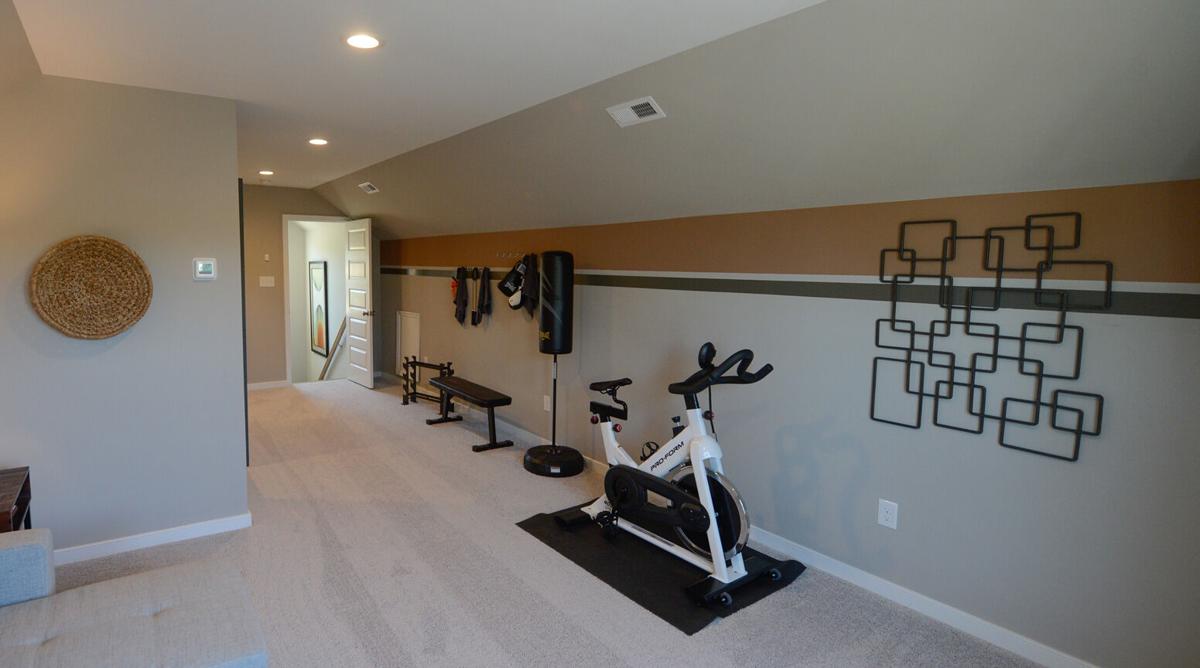 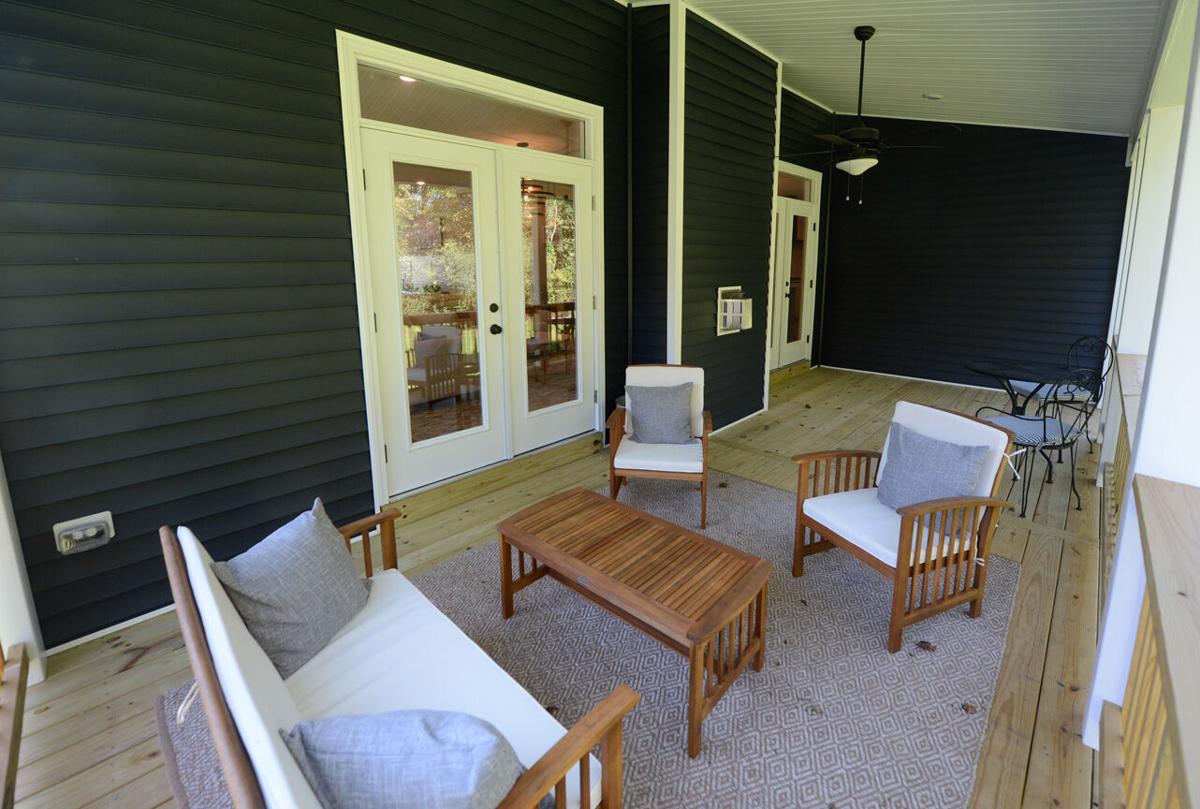 When they began house-hunting in January, Sean and Emily Thompson may have had a little more knowledge and confidence than some first-time homebuyers.  Sean works for a company that manufactures residential building materials, and he often interacts with residential builders.  And Emily grew up in a family with ties to the construction business.

Still, it was going to be their first home, and they weighed their options carefully.

The Thompsons, who were renting an apartment in Short Pump after relocating to Richmond for Emily’s job at CoStar, soon set their sights on the Rutland Grove development in Hanover County.

HHHunt Communities, the development division of HHHunt Corp.,  purchased the 48-acre parcel of land for the 116-home community in 2018, and site work began last year.  It’s located near the intersection of U.S. Route 301 and Crown Colony Parkway.

“We wanted to get in on the ground floor of a new community, and HHHunt  is known for its communities,” Thompson said.

“Rutland Grove is an extension of the Rutland development, and as such, Rutland Grove residents have access to all of the Rutland amenities, which include walking trails, a pool and clubhouse, multi-use courts and a playground,” said Jonathan Ridout, vice president of real estate development for HHHunt Communities.

Rutland Grove will also have its own onsite amenities, including a tot lot, walking trails and a small pond with a covered pavilion and a fishing pier.

The Thompsons chose a Farmhouse-style elevation for their new, 2,600-square-foot home, and they worked with HHHunt Homes, HHHunt Corp.’s residential construction division, to tweak its features.

“We changed the shower to a soak tub with a separate shower, and my wife designed her dream kitchen,” Thompson said.  “And I added a covered porch with a ceiling fan for these Richmond summers.  We were very happy with the experience.”

HHHunt Homes is one of two builders active in the community.  The other is Mechanicsville-based CraftMaster Homes.

“They are both great builders who have worked well in other communities together, and they have a mix of homes that complement the overall development,” Ridout said.

The Thompsons closed on their house on Sept. 18, and they moved in a week later.

Home construction in Rutland Grove began early this year, and 20 homes are finished or under construction, Ridout says.  HHHunt Homes will build 77 homes, and CraftMaster will construct 38.

Ridout anticipates the community will be finished by 2023, at the latest.

HHHunt Homes’ elevations will include Farmhouse and Craftsman.

“It’ll be a nice mix, so when you drive through the community, you’ll sense a very cohesive feel, a feel of being home,” said Patrick McCarthy,  HHHunt Homes’ division manager for Richmond and Hampton Roads.

Base sizes for HHHunt Homes’s residences will range from 2,000 to 2,500 square feet, although buyers opting to add a third floor or a morning room could see home sizes grow to 3,000 square feet, McCarthy says.

Early sales have been strong.  HHHunt Homes had its first closings in August, and it has recorded 18 sales so far.  CraftMaster, which recently opened a model home that will be on this month’s Richmond Parade of Homes, has recorded six sales.

“Now that we have the model home open, we’re seeing a lot of activity in person and virtually via Zoom and social media,” Tunstall said.  “Virtual tours have made home-buying more convenient this season.”

The neighborhood’s popularity among homebuyers is due, at least in part, to its convenient location near shopping and dining, as well as its accessibility to nearby highways via Route 301, McCarthy says.

“Plus, it’s the newest community in the Hanover High School district, and we’re excited about that,” McCarthy said.