Subscribe
Read Today's E-Edition
Share This
The 4700 block of Pocahontas Avenue: Almost all the flavors of the Colonial Revival – plus an eclectic treat
0 Comments
Share this 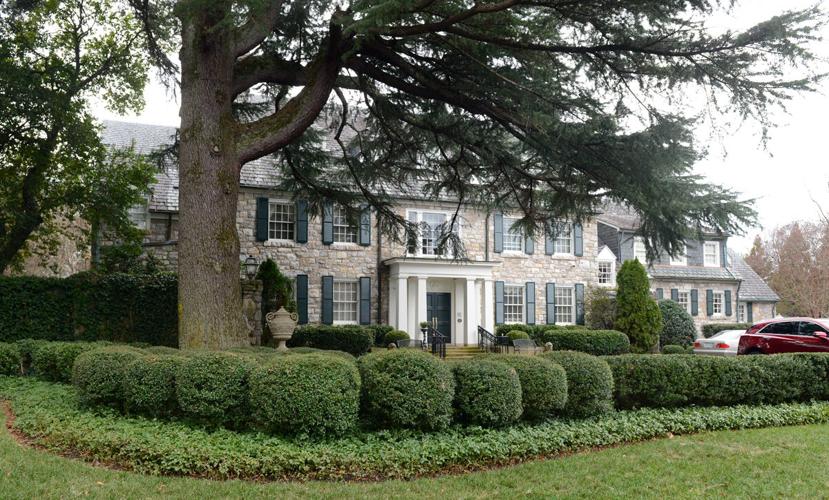 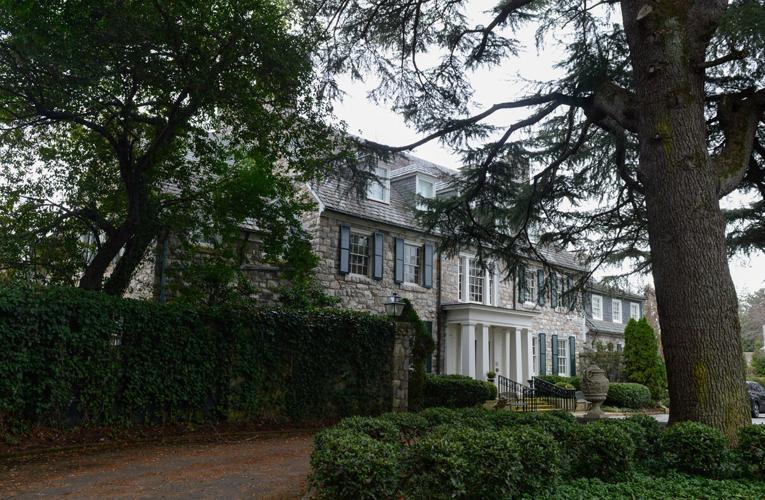 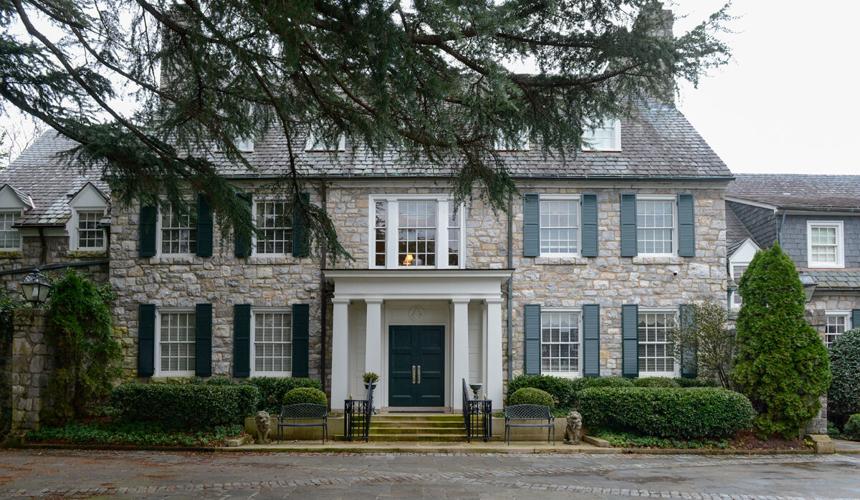 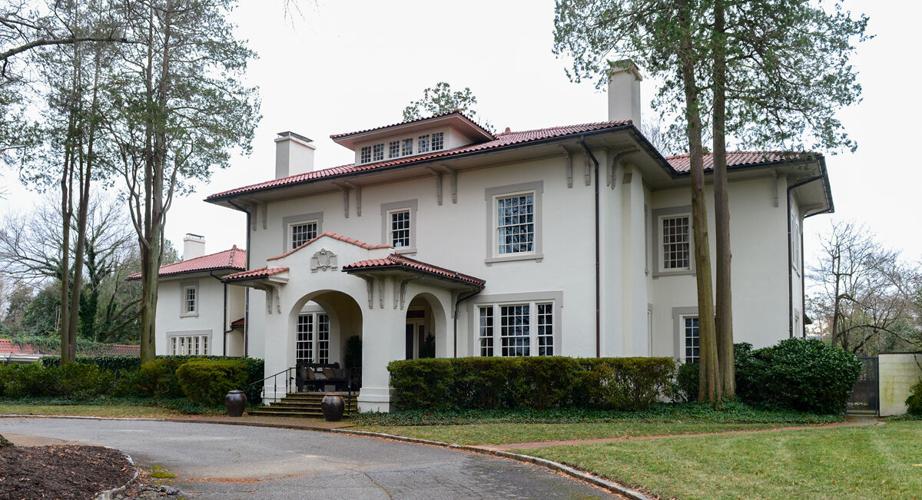 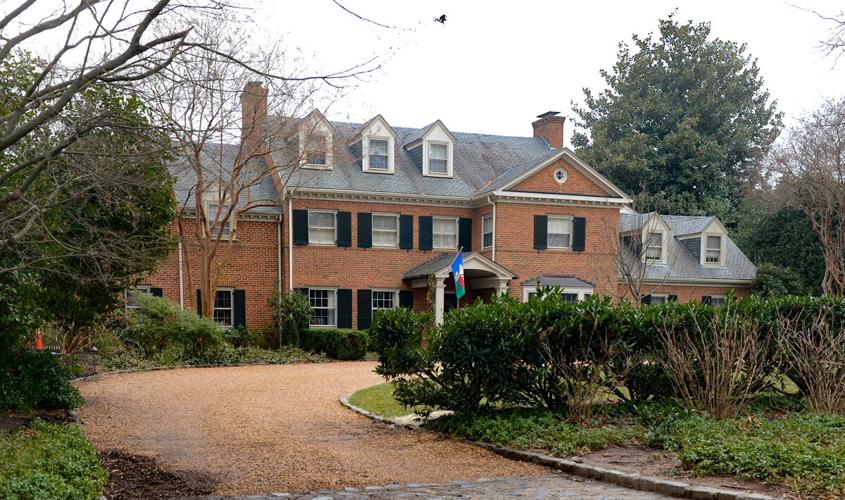 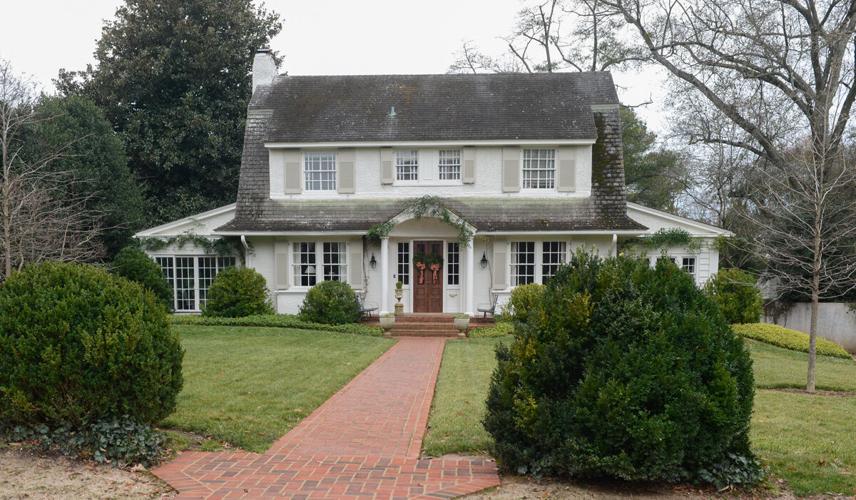 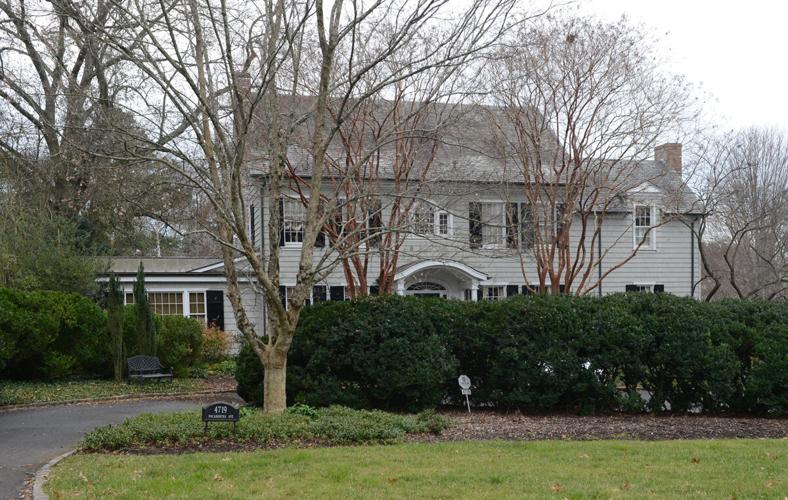 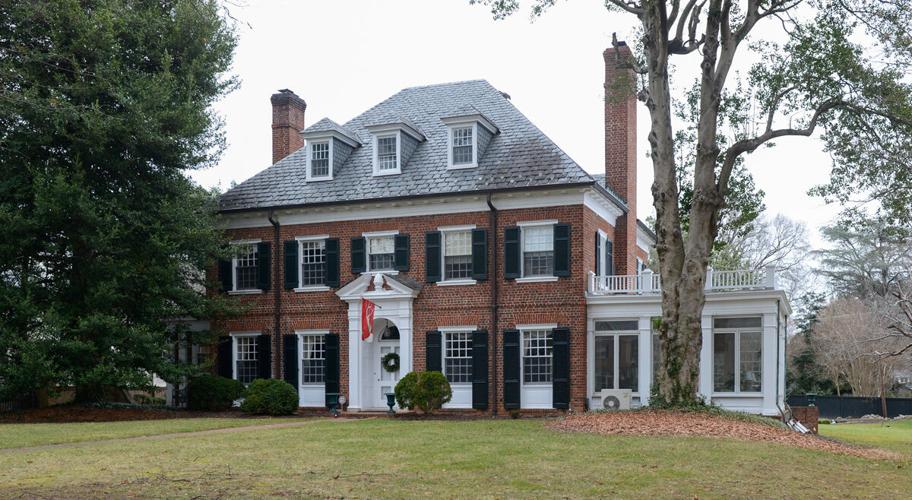 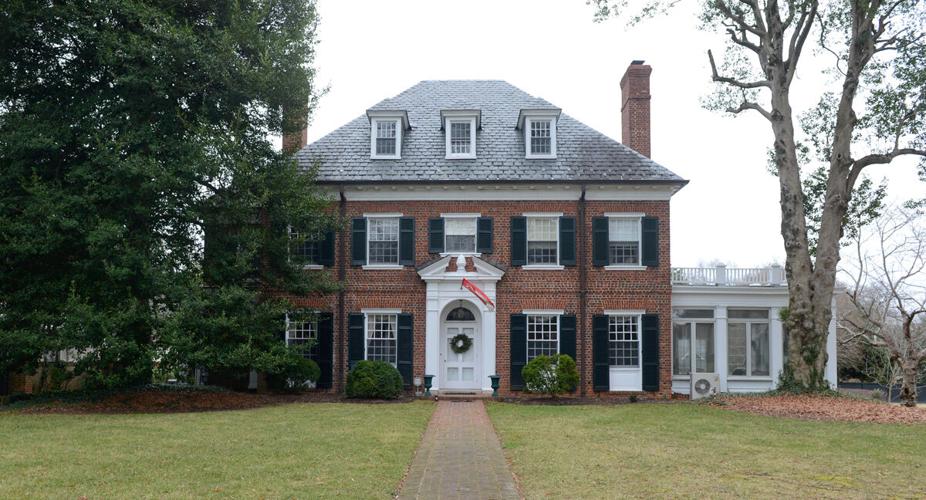 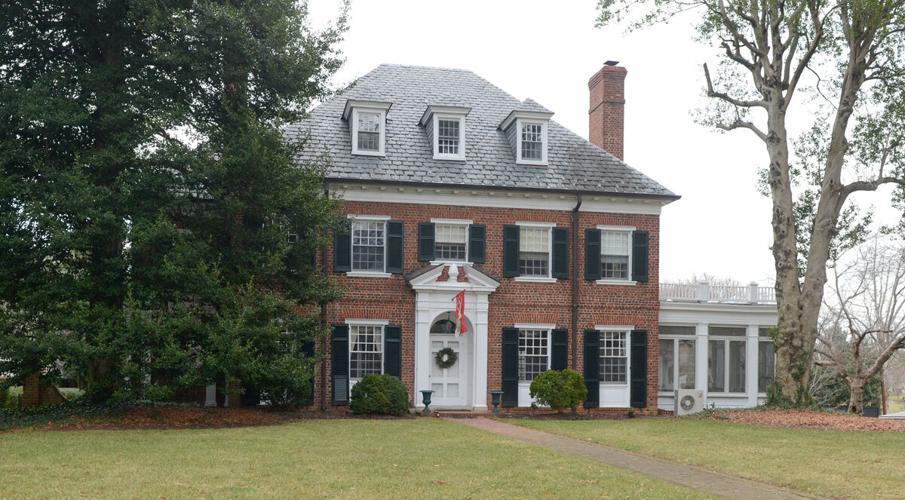 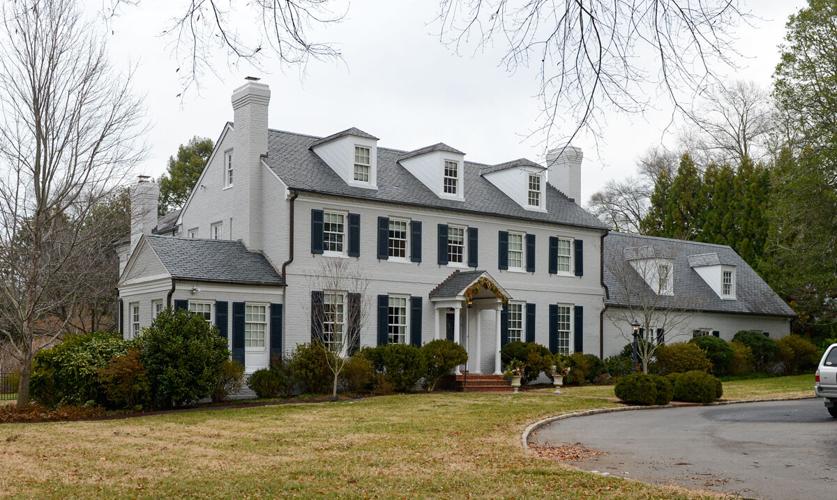 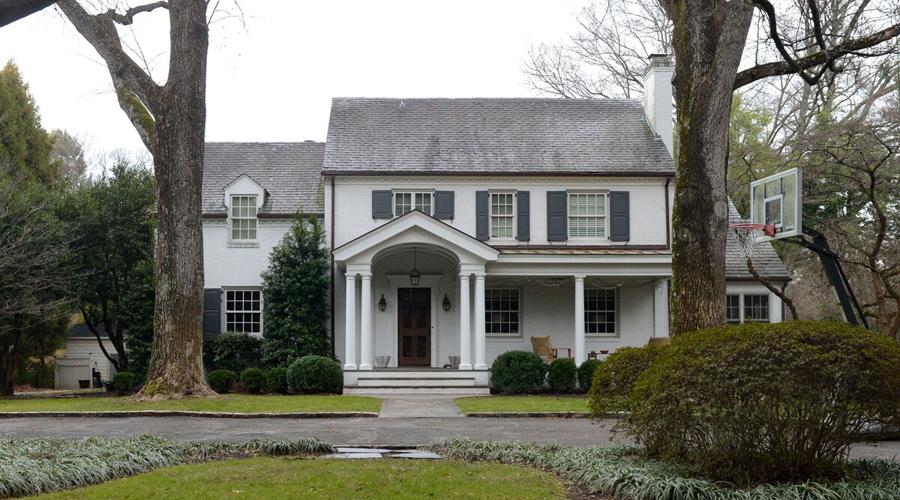 Architectural trends can feel almost as ephemeral as the fashion industry. This year’s must-have look will inevitably be replaced by an equally sought-after new style.

Then you have the Colonial Revival. Think of it as the tastefully tailored blazer that cast a uniquely enduring spell on Richmond’s conservative landscape. After making its debut at the turn of the 20th century, it dominated the city well into the 1960s.

The block, which sits near the back of Westmoreland Place in the city’s West End, has just nine houses, and all but one is a Colonial Revival design. The earliest house – a Noland & Baskervill design – was built in 1913. The newest was built in 1970. That marks almost the entirety of the style’s reign in Richmond.

“It’s a testament to the strength of the Colonial Revival,” said Chris Novelli, an architectural historian with the Virginia Department of Historic Resources.

Even so, there’s a lot of variety in the block.

“That was a characteristic feature of Colonial Revival houses built in the first decade of the 20th century,” Novelli said. “This block represents a shift away from that.”

Among the block’s Colonial Revival standouts is the stone house at 4703 Pocahontas Avenue. Designed by Richmond architect W. Duncan Lee and built in 1919, it has more than 10,700 square feet of living space and sits on a two-acre lot with extensive gardens.

The property is named for Leslie Cheek Jr., the former director of the Virginia Museum of Fine Arts. Cheek lived in the house for many years with his wife, Mary Tyler Freeman, the daughter of the journalist and historian Douglas Southall Freeman.

Another exceptional design is the house at 4716 Pocahontas Avenue. With its hipped-roof dormers, paired chimneys and pilasters flanking the front entrance, it recalls Westover, the 18th-century plantation house built by the Byrd family in Charles City County.

So which house is the odd man out? That would be the earliest house on the block, at 4711 Pocahontas Avenue. (The original owner was Oliver J. Sands Sr., the prominent businessman for whom the Sandston neighborhood in eastern Henrico County is named.)

Designed by Richmond-based Noland & Baskervill and built in 1913, it’s primarily a Mediterranean Revival design, with stucco cladding, a round-arched porch, a red tile roof and deep eaves and brackets. But it also has elements of the Colonial Revival (the front entrance with its transom and sidelights) and the Craftsman style (the dormer with its elongated, horizontal proportions).

Like many architects of the period, William C. Noland – Noland & Baskervill’s lead designer – aspired to an academically correct approach to design that rejected the Victorians’ love of picturesque and eclectic forms. But the Sands House represents his willingness to embrace new trends and more exotic styles like the Mediterranean Revival, Novelli said.

At 8,700 square feet, the Sands House is the second largest on the block.

“Most of the houses on the block are around 3,000 to 5,000 square feet,” said Coleen Butler Rodriguez, a real estate agent with Joyner Fine Properties.

Lot sizes range from roughly a half-acre to more than two acres.

The block’s bucolic character – enhanced by the large common area in the middle of the block – appeals to buyers looking for a pastoral retreat within city limits.

Homebuyers interested in moving to the block will have to be patient, though.

“Houses on this block rarely come on the market,” Rodriguez said. “And when they do, they sell on average within 30 days.”

The last house to sell was the Dutch Colonial at 4709 Pocahontas Avenue. It sold in 2016.

“Many of the houses have been in the same family for 20 to 30 years, with a few having only one owner,” Rodriguez said.

Cashel Modern and The Enclave at Westview: An infill project with an architectural twist

A few years ago, local developers Lloyd and Vanessa Poe were scouting for a new project in Richmond’s West End when they learned six rental pr…