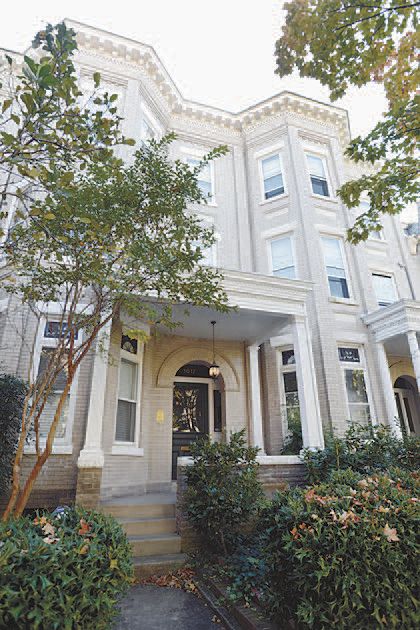 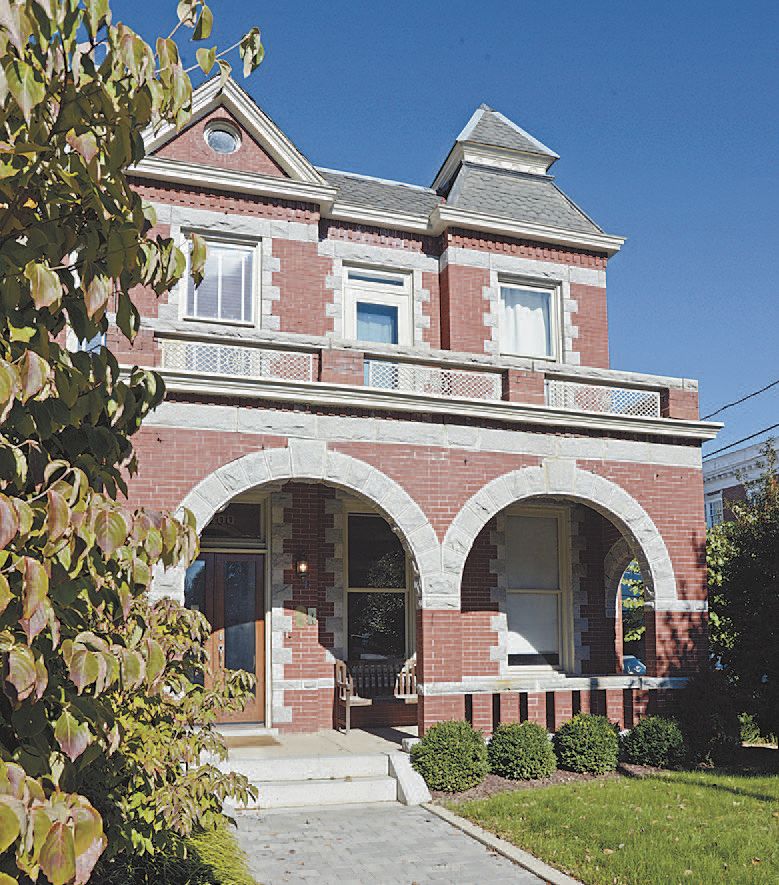 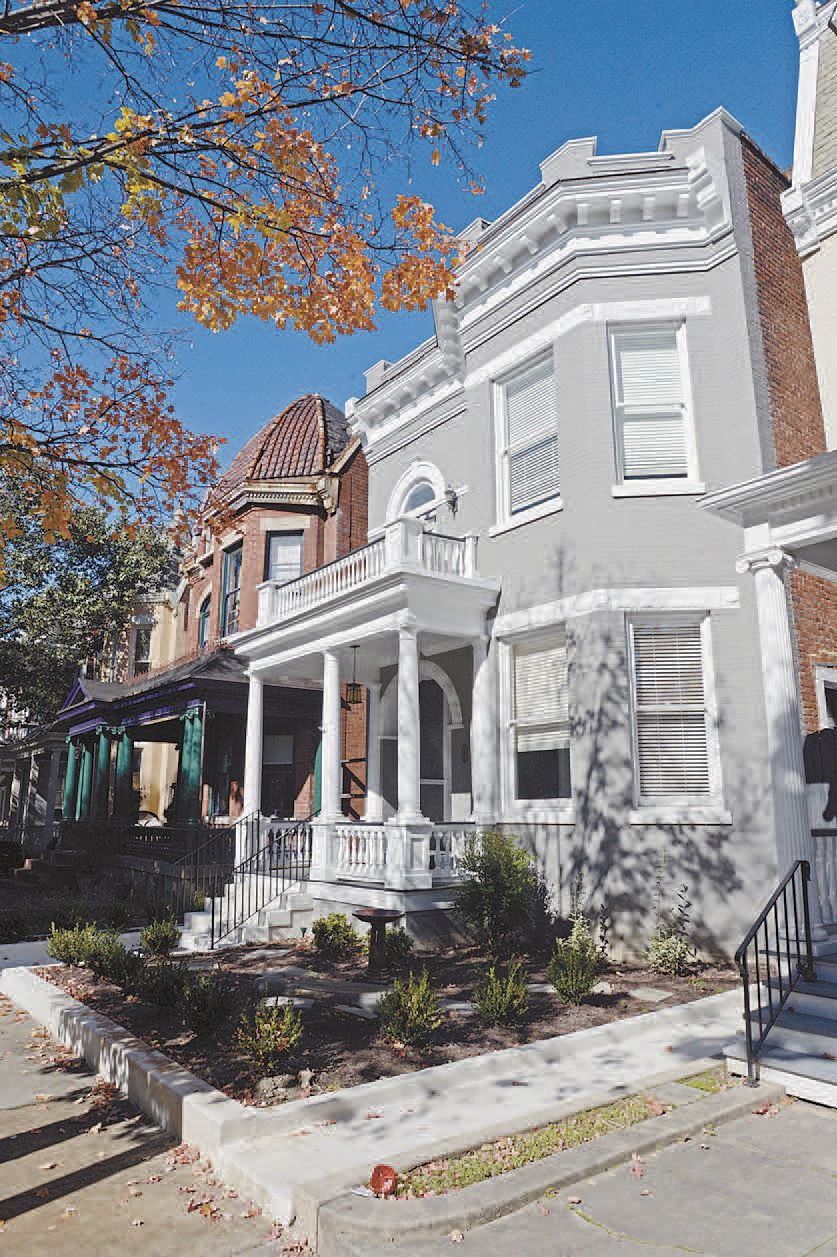 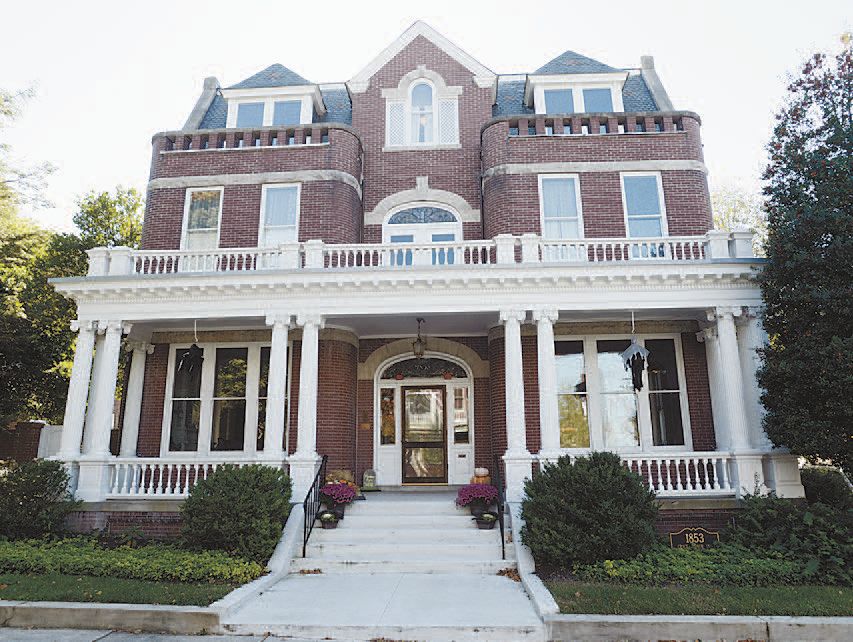 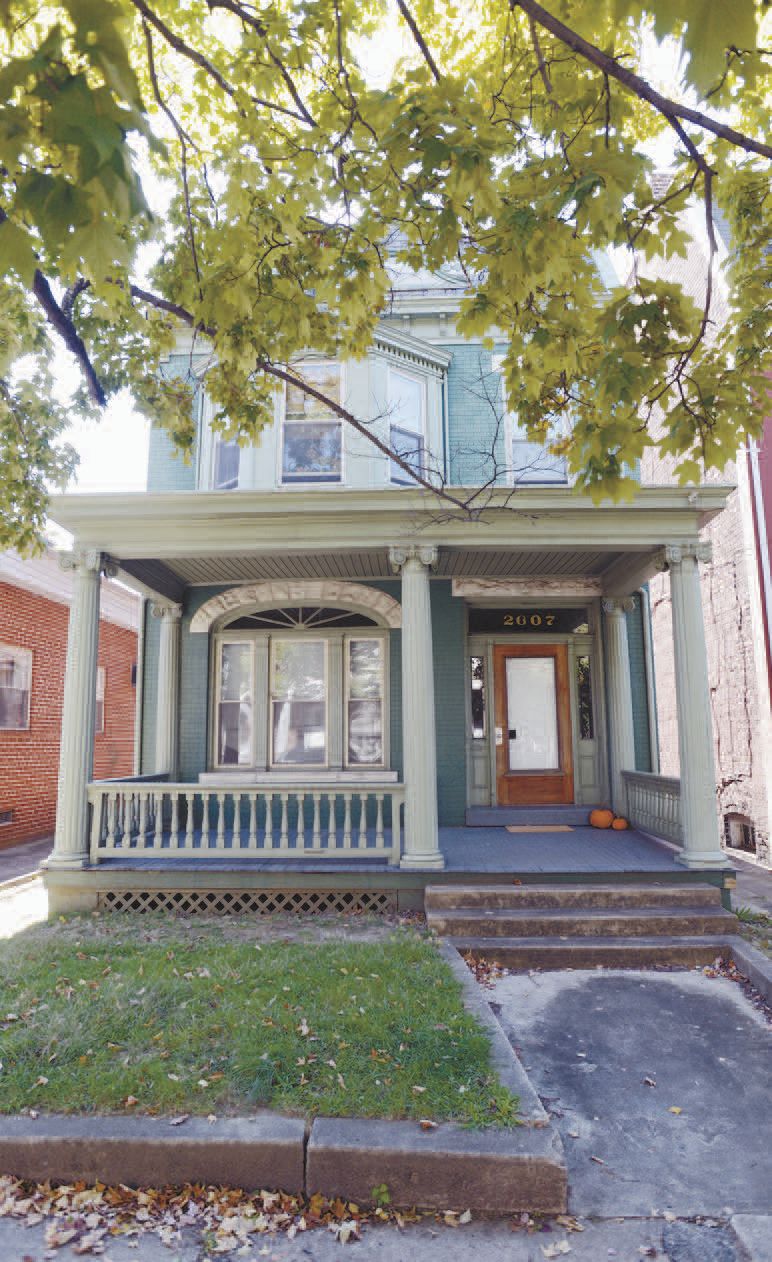 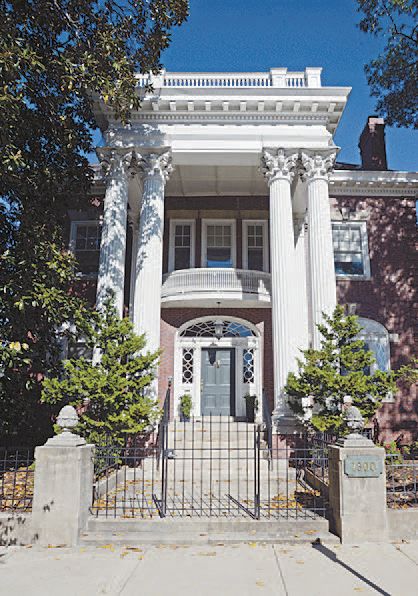 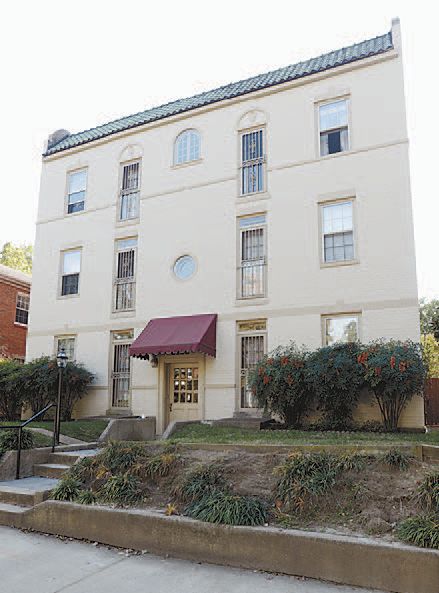 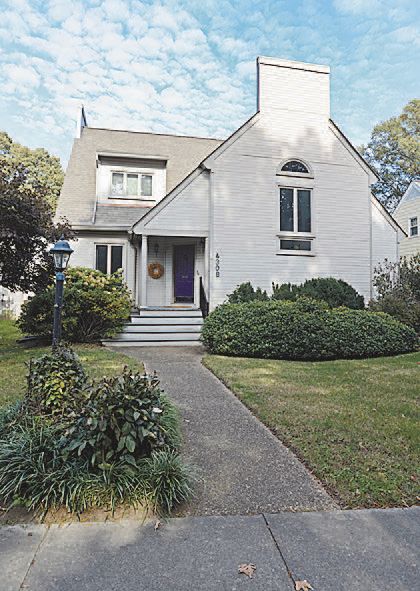 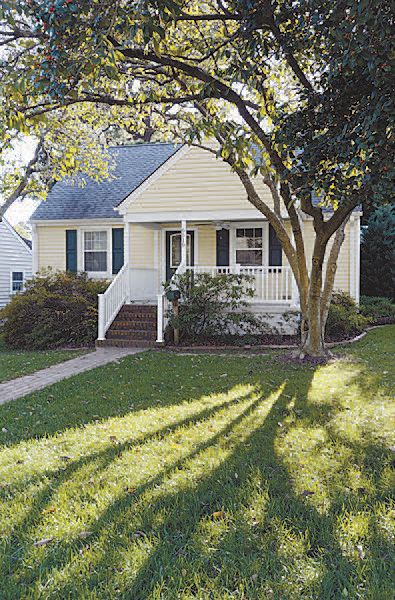 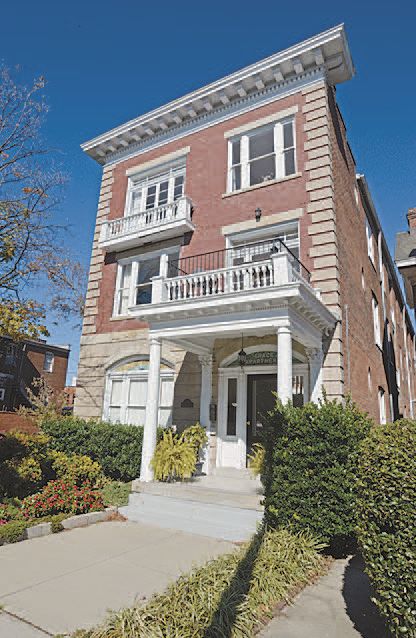 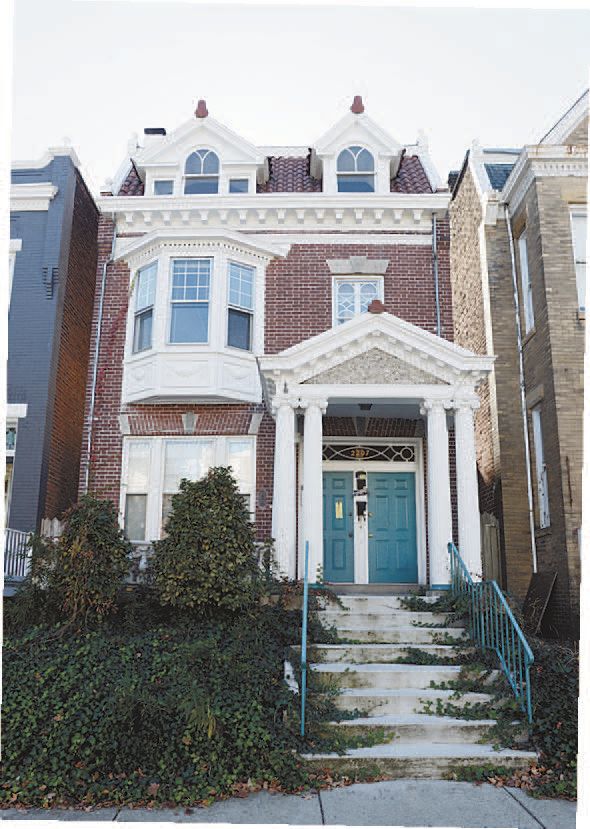 If you travel west on East Grace Street, you probably won’t notice anything different when you cross North Foushee Street – unless you pay close attention to street signs. That’s where Richmond’s annexation of 1769 ended, and it’s where East Grace Street becomes West Grace Street.

Aside from the street signs, there’s not much to distinguish East from West Grace streets at North Foushee. But the histories behind the city’s two Grace streets are subtly distinct.

East Grace Street dates back to Richmond’s original street grid of 1737, and in the course of the 19th century, it evolved into one of the city’s two most prestigious residential streets. (The other: Franklin Street.) In the early 20th century, East Grace Street transformed itself into the city’s premier shopping destination, at the cost of most of its antebellum and Victorian residential architecture. It’s now undergoing an adaptive-repurposing transformation, with some of its commercial buildings becoming condos, apartments and award-winning restaurants.

The story behind most of West Grace Street isn’t as visibly turbulent, but it has had its own ups and downs as it advanced west in a series of annexations. (A quick summary: Annexations took West Grace Street to Henry Street in 1810, to North Lombardy Street in 1867, to the Boulevard in 1892, to Roseneath Road in 1906, to Commonwealth Avenue in 1914 and finally to Staples Mill Road in 1942.)

Like East Grace’s downtown residential architecture, many of the oldest houses on the eastern-most portion of West Grace Street were torn down, often to make way for parking and new commercial buildings. (Among the buildings that are no longer standing: the house at 210 West Grace Street, where Confederate Gen. J.E.B. Stuart died after being wounded at the Battle of Yellow Tavern.)

Immediately west of Belvidere, the mix of older and newer architecture becomes more complicated, with Victorian structures sharing space with commercial buildings as well as academic buildings and dormitories for Virginia Commonwealth University.

“From Belvidere to Harrison Street, it was solidly residential until 1924,”said Kim Chen, the city’s senior preservation planner. “From 1924 to 1950, there was a little commercial development, but the majority of it arrived post-1950.”

In the last five years, the area has changed dramatically with VCU’s construction activity, she added.

“The 700, 800 and 900 blocks of West Grace were primarily Italianate along with some Richardsonian Romanesque and Queen Anne, but most of them are gone now,” said Chris Novelli, an architectural historian with the Virginia Department of Historic Resources.

As widespread as it is today, VCU isn’t the first college or university to dominate the area around West Grace Street. In the 1830s, a Baptist seminary relocated to the present-day 1100 block of West Grace Street and changed its name to Richmond College.

It occupied the entire block and incorporated the Federal-style Columbia House (built 1817-1818) as an academic building. (Columbia, which is located at 1142 West Grace Street, is listed on the National Register of Historical Places.)

“West Grace Street stopped at Richmond College, and it wasn’t cut through the campus until the 1890s,” Chen said.

After the college moved to the Westhampton area in 1914 (where it became the University of Richmond), developers built large apartment buildings in the 1100 block of West Grace Street. By then, residential construction had leapfrogged over the college campus and moved further west into the Fan District, reaching the Boulevard by the end of the 1920s.

West from North Lombardy Street, West Grace Street’s architecture has fared better than its downtown section, with few changes to its residential streetscape. But it has subtly changed its character over the years, especially in the Fan.

“There was a huge demand for housing after World War II, and it promoted the rise of boarding rooms” along West Grace Street in the Fan, Chen said. “Larger homes were cut into flats or duplexes.”

“One house on Grace Street was renovated in 1982,” said Chris Small, a real estate broker with Small & Associates Real Estate. “Three more houses were renovated the next year, and it started a steady trend of converting boarding homes back to single-family homes.”

Renovations on the Fan’s section of West Grace Street have lifted its real estate values, and as Broad Street’s commercial core is revitalized, its proximity to West Grace Street will become an asset, Small said.

West Grace Street recorded its first $1 million sale for a single-family home in the Fan in August. The sale, for the house at 1853 West Grace Street, “is a sign that West Grace Street is a solid Fan address where people are not afraid of investing,” said Small, who was the listing and selling agent for the record-setting sale.

As West Grace Street expanded from the Fan into the Museum District in the 1920s, its houses got a little smaller and often offered fewer architectural details, said Jean Longest, a real estate agent with Long & Foster.

“Building materials were scarce after World War I,” she added. “As a consequence, the houses in the Museum District tend to be much simpler than the most elaborate ones in the Fan.”

That wasn’t the only noticeable change to West Grace Street. The 1920s marked the rise of the subdivision plan as we know it today, with developers buying and subdividing parcels of land and then laying out and installing their own streets, Chen said.

“Before then, the city had grown through an extension of the street grid for almost 200 years,” she added.

The shift away from a uniform street grid can be seen in West Grace Street’s progress west into Henrico County, especially after it reaches Libbie Avenue. There, it meanders through a series of midcentury subdivisions, before terminating in the Fort Hill subdivision.

Among West Grace Street’s subdivisions from the 1920s and 1930s are Sauer’s Garden and Monumental Floral Gardens, which feature strong examples of the Tudor and Mediterranean revival styles.

“The styles in those neighborhoods are different from what you see in the Fan because they’re more suburban and typical of the 1920s, but those houses are lovely,” Longest said.

This is the second of a two-part series that looks at the history of Grace Street.

If you think your neighborhood merits coverage, let us know. Send an email to neighborhoods@