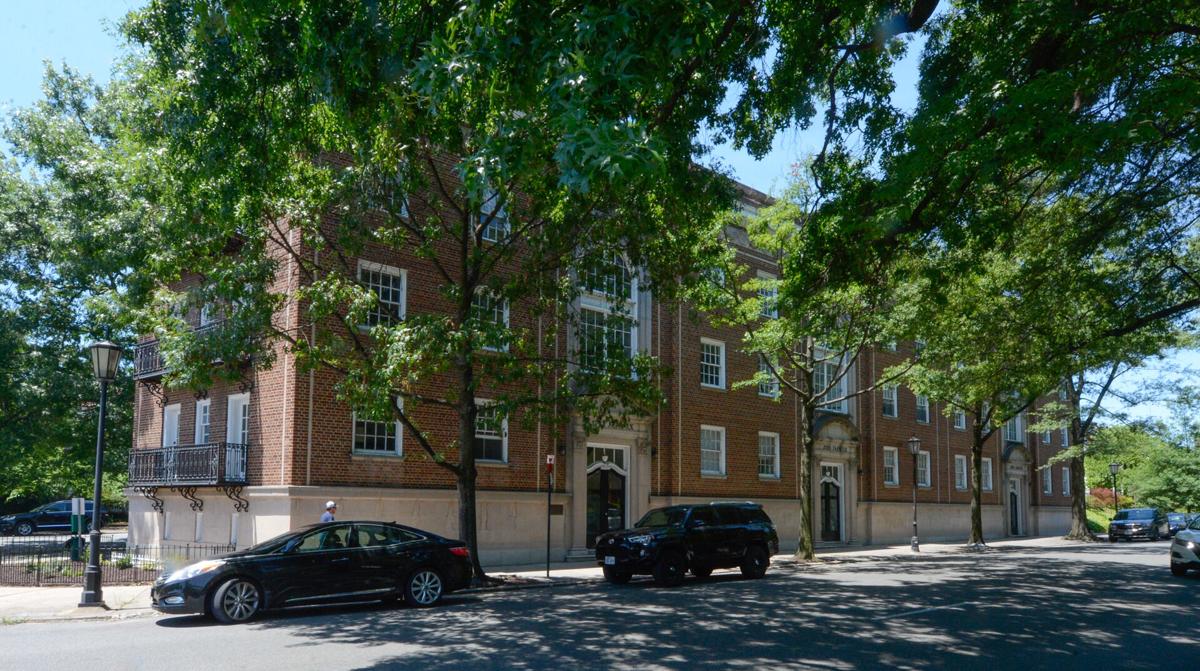 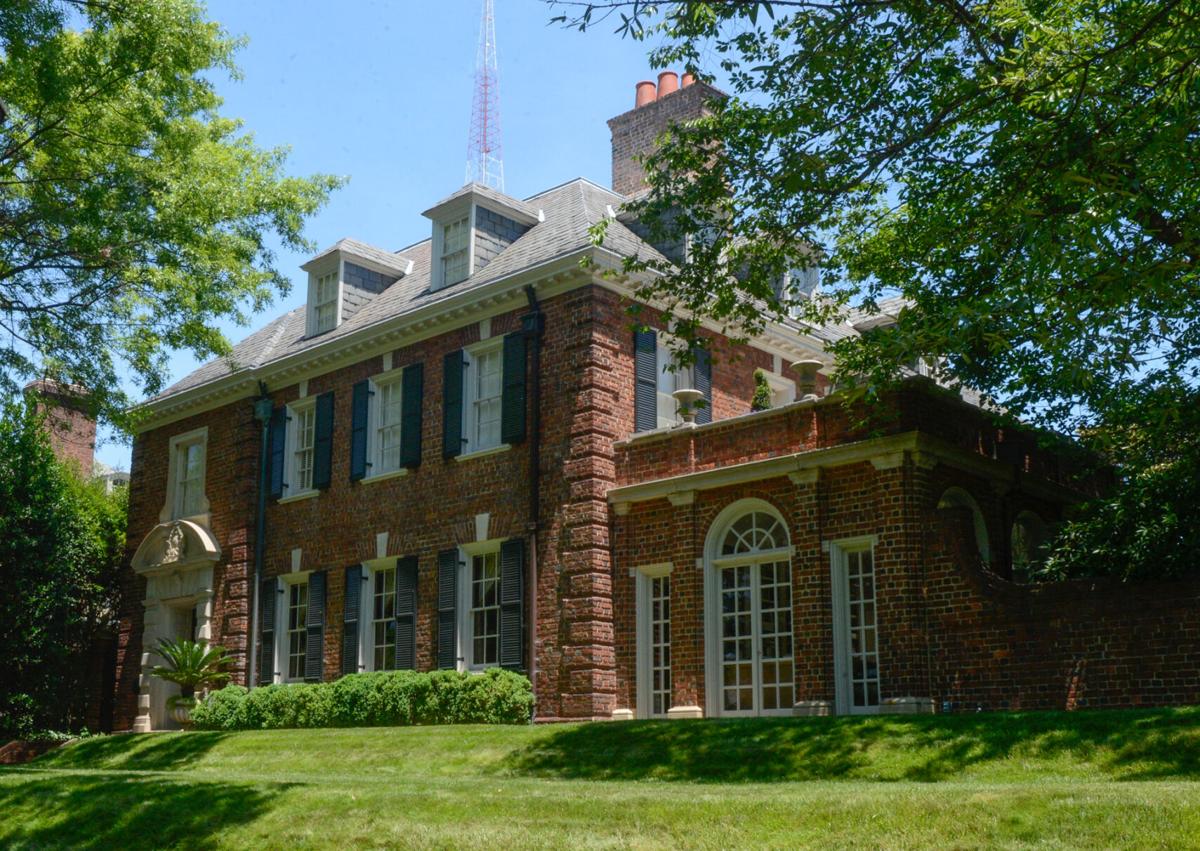 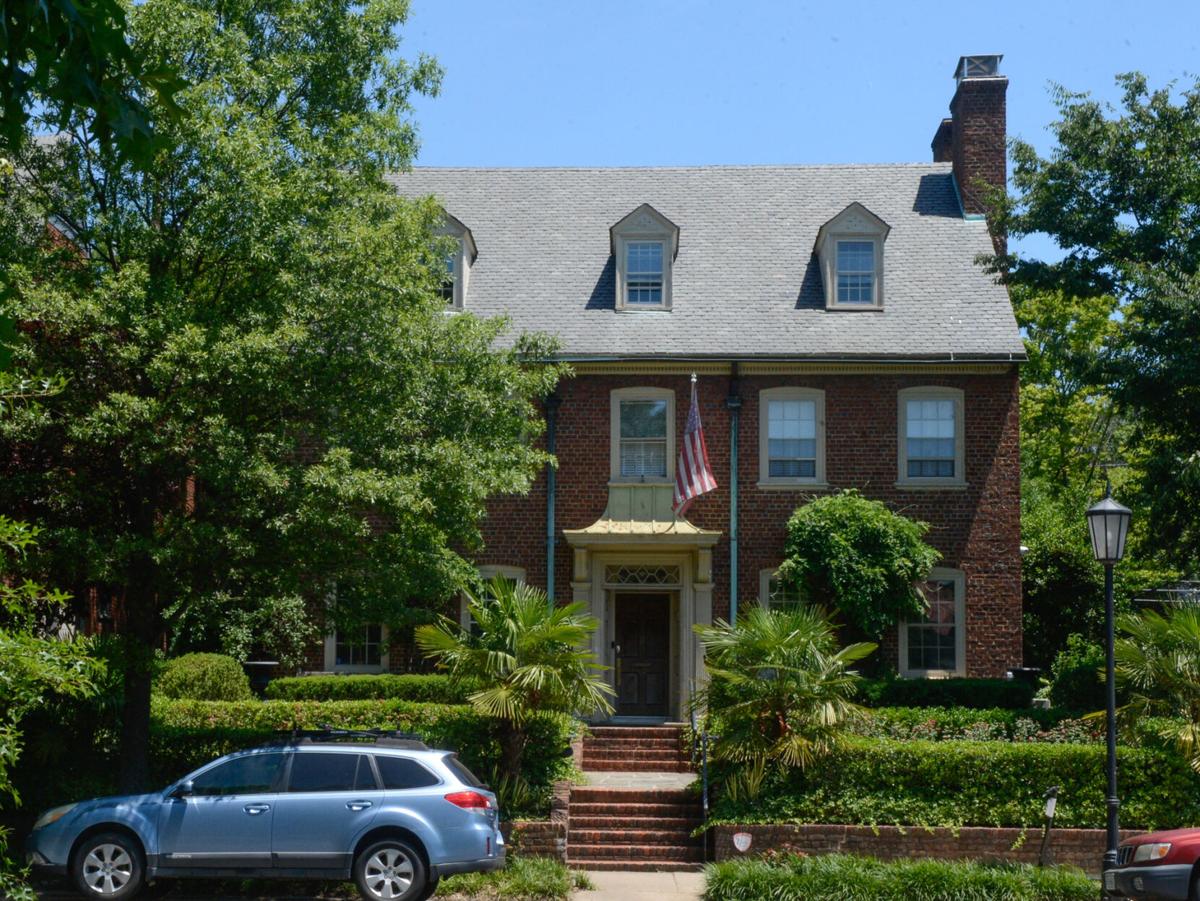 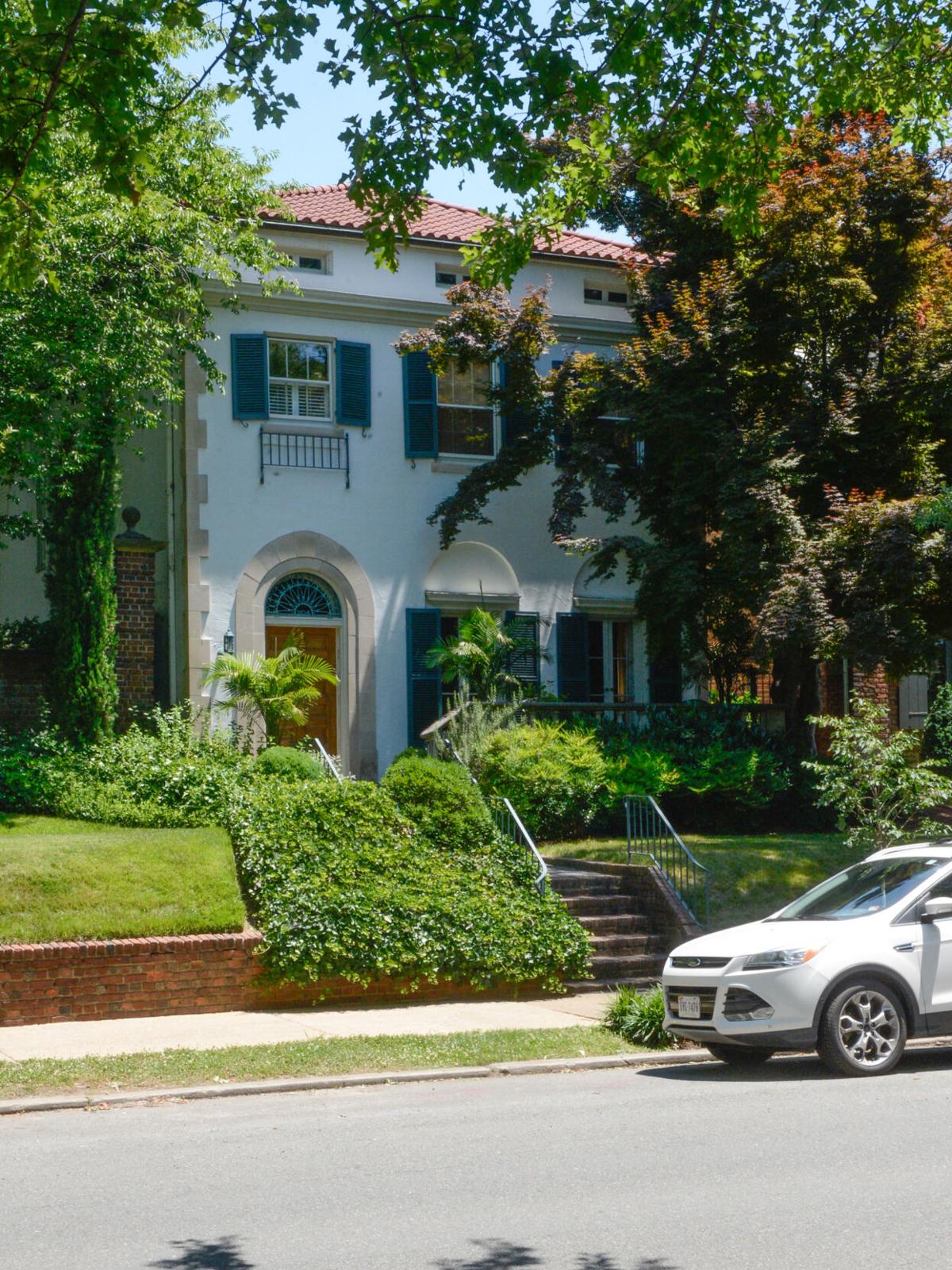 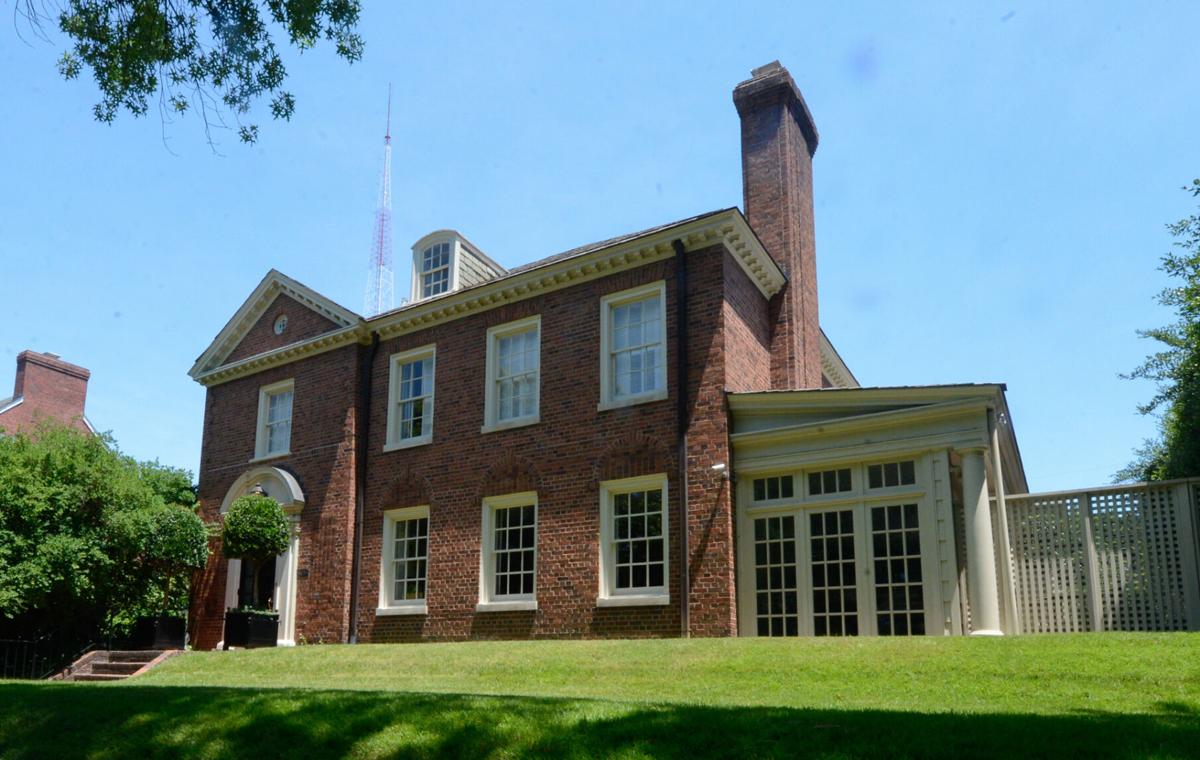 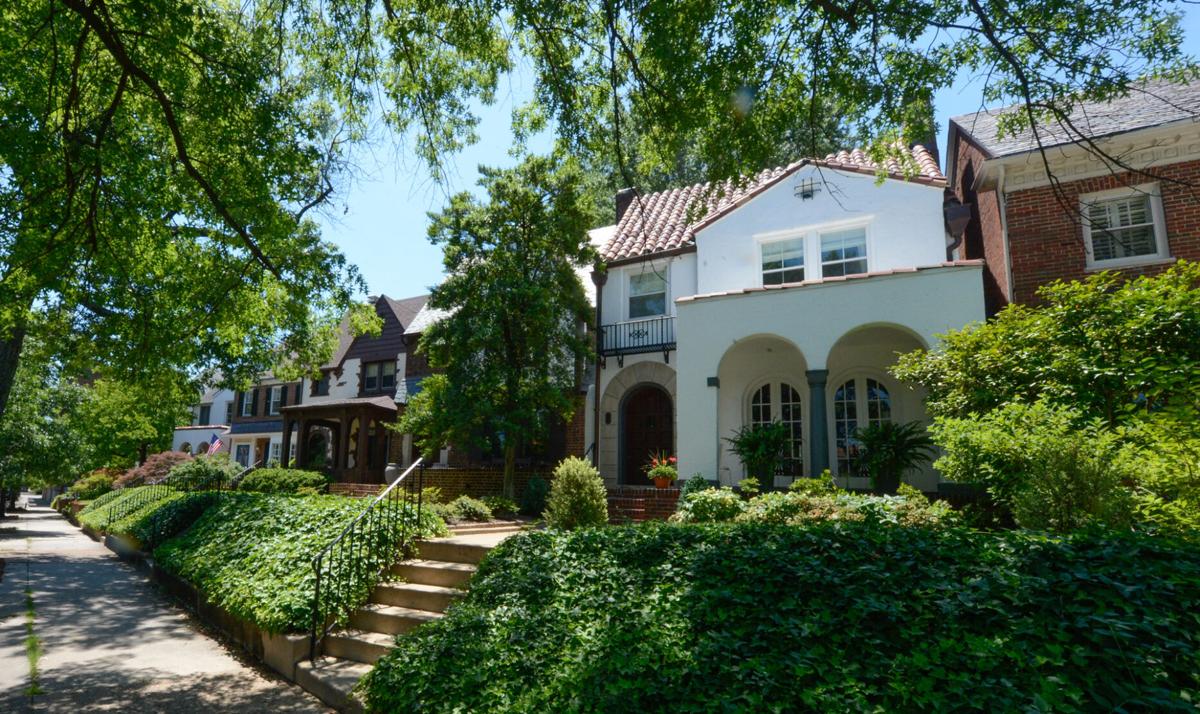 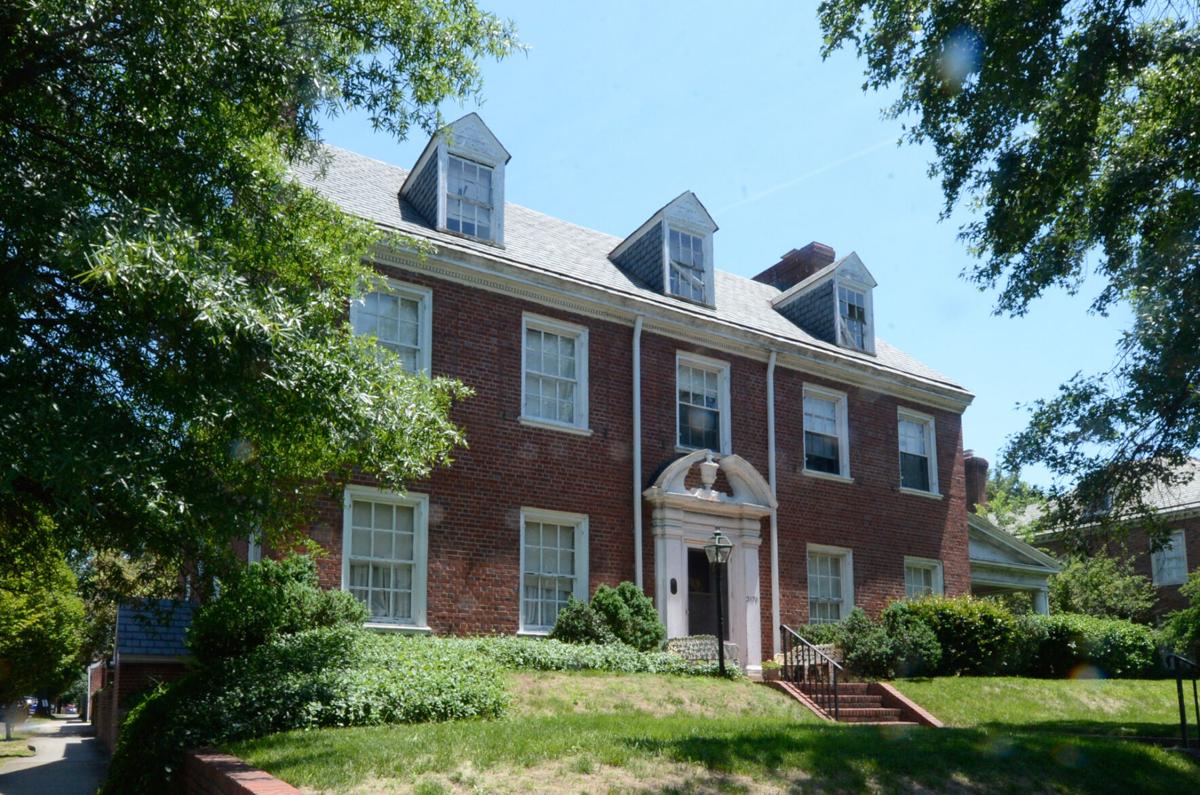 Editor’s note: This is an installment in an occasional series called “Top Blocks,” which looks at individual city blocks that have historic or architectural significance.

Even grand things sometimes have modest and uncertain beginnings.

Over the course of the 19th century, three Richmond-area families bought large tracts of undeveloped land in Henrico County, just west of the city line.  The city had been slowly making its way westward throughout the 19th century, and the families – the Allens, Branches and Sheppards – purchased the land as speculative investments.

But the four Allen siblings who inherited the easternmost parcel, which ran from North Lombardy Street to present-day Allison Street, didn’t simply wait for the city’s suburban expansion to reach their property.

In the 1880s, they produced a bold design for their tract that included two intersecting boulevards with fifty-foot-wide, tree-lined medians, as well as a circle for a monument honoring Robert E. Lee.

The grand scale for the proposed Monument Avenue was in keeping with the Allens’ ambitions to present it as an extension of Franklin Street, home to Richmond’s premier residential real estate for much of the 19th century.

The four siblings didn’t have to wait long for the city to expand.  Richmond annexed a large section that included the Allen and Branch tracts in 1892, two years after the Lee Monument was erected.

An economic depression halted construction nationwide in the 1890s, but work in the Allen section finally began in earnest at the turn of the century.

Sales began in the Branch section, which runs from Strawberry Street to Arthur Ashe Boulevard, after the unveiling of the Jefferson Davis Monument in 1907.

Today, the three sections make up the bulk of the Monument Avenue Historic District, which runs from the 1200 block of West Franklin Street to Roseneath Road.

But each of the three families approached their development projects differently, and each section reflects changing notions of what it meant to live on Richmond’s grand street.

Unlike the Allens and Branches, for example, neither of the Sheppards – brothers John and Nicholas – lived in the section they developed.

“The Sheppard family was originally from Buckingham County,” said Chris Novelli, an architectural historian with the Virginia Department of Historic Resources.  “Nicholas Sheppard was a doctor in Henrico, and his brother never lived in Richmond.”

And unlike the Allens and Branches, the Sheppard brothers didn’t take an active role in developing their property.

As a result, a large number of builders and developers worked independently in the Sheppard section, and its overall character is more diverse than the other two sections.

The Allen tract, for example, is marked by townhouses on relatively narrow lots, and their uniform mass, scale and setback from the road give the section an urban vibe.  By contrast, houses in the Branch section feel more suburban, with wider lots and a greater variety of mass and scale.

The Sheppard section, in some ways, offers a combination of the other two sections’ urban and suburban characters, as well as featuring a higher percentage of apartment buildings.

In this regard, the 3100 block represents the Sheppard section particularly well.

The south side of the 3100 block includes a large and stylish apartment building – the Lord Fairfax (1923), at 3101 to 3115 Monument Avenue – as well as a row of nine modestly scaled but eye-catching spec houses (1928) rakishly set back from the street at an angle.

By contrast, the north side of the block features six substantial, architect-designed houses – some of them expansively suburban in scale.

While Lee’s designs dominate the north side of the block, Lindner was the sole architect for its south side.

“A single architect designing the entire side of a block is unusual on Monument Avenue,” Novelli said.

A wide range of living options

In a sense, the 3100 block is a microcosm of the expanding range of options city dwellers faced in the Sheppard section’s early days.  By then, apartment-style living was becoming increasingly trendy and fashionable.

For example, the Colonial Revival-style Lord Fairfax Apartments – which Lindner developed with his cousin and business partner, Charles H. Phillips – stands out as one of the largest apartment buildings on Monument Avenue.  And it’s the largest of many in the Sheppard section.

“The street’s earliest apartment buildings date to the late 1910s and 1920s, when apartment living was becoming popular,” Small said.  “The Sheppard section has the historic district’s largest number of them.

He added:  “The Fairfax offered the city’s emerging middle-class residents an opportunity to rent an attractive apartment and feel they were living in the right neighborhood.”

Likewise, Lindner’s houses next to the Lord Fairfax at 3117 to 3133 Monument Avenue gave middle-class homebuyers the opportunity to own an affordable home on Richmond’s grand street.

“That collection of houses recalls something that’s often said about Monument Avenue in general:  The consistency of scale, setback and architectural forms gives it a cohesive feel,” Novelli said.

And despite their affordability, the houses – which were designed in the Colonial, Tudor and Mediterranean revival styles – didn’t skimp on architectural detail.

Among the group’s standout features are the rough-hewn slate roofing on the Tudor-style houses and the picturesque “weathering” of the walls on some of the façades.  The treatment was meant to suggest the look of stucco that had worn away over time and exposed portions of the underlying brick.

Another indication of Lindner’s attention to detail:  He used period-appropriate brick bonds for the row’s Tudor and Colonial houses.

“Lindner's designs for the houses were sophisticated and literate, demonstrating not only his knowledge of the styles, but also popular trends in the Twenties such as the ‘storybook’ look, with the rusticated slate and ‘weathered’ plaster,” Novelli said.

“The Schwarzchild House, which sits on a very large lot, is the star of the block,” Small said.

Like a lot of popular blocks – especially ones with relatively few properties – houses in the 3100 block rarely come on the market.

“In the last three years, only three have been on the market,” Small said.