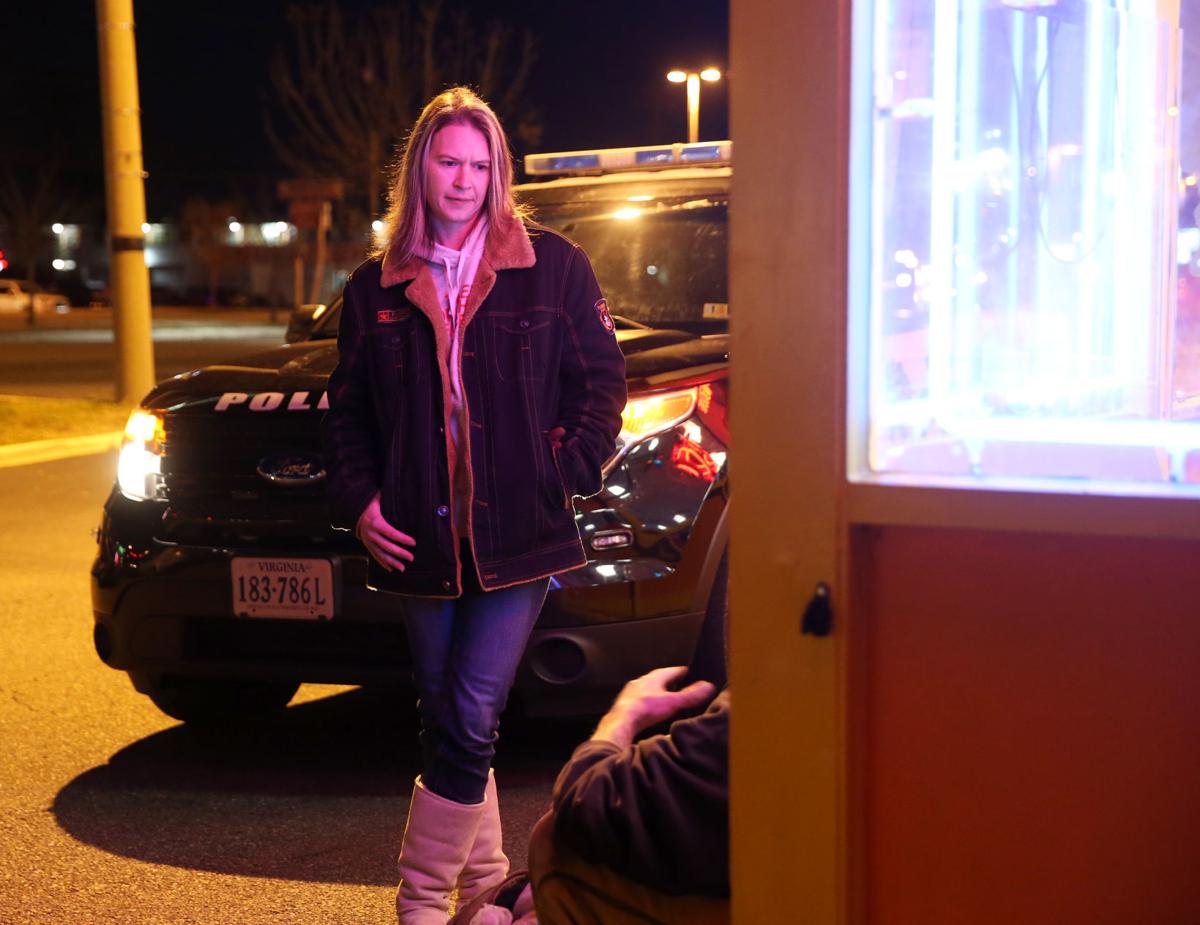 Courtney Nunnally, who works with police to help substance users find recovery, has been clean for six years. She talked with a person outside a restaurant on Midlothian Turnpike on Dec. 19. 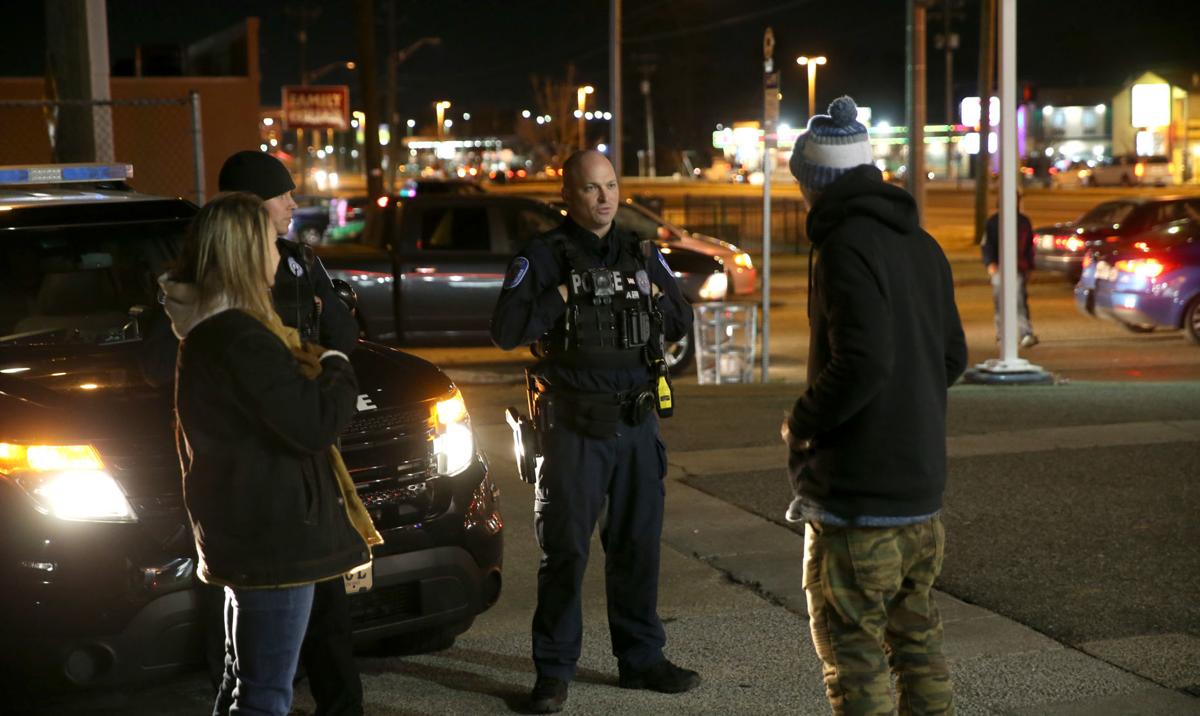 From left to right, Courtney Nunnally, officer Nick Odehnal and officer Ben Frazer talk with a person while riding along Midlothian Turnpike on Wednesday, Dec. 19, 2018.

When Courtney Nunnally was deep in the grips of a heroin addiction, she despised first responders.

It didn’t matter whether it was a police officer, firefighter or medic — they all represented authority and reminded her of what a mess her life was.

“I was not the person that you wanted to deal with on the street. I was nasty to first responders,” Nunnally said. “My life was embarrassing, so I lashed out.”

Now, after staying clean for seven years, Nunnally works with those same first responders as a peer recovery specialist, helping them make connections with the people they come across who are battling addiction.

Nunnally shared her story at a news conference announcing a partnership between the Richmond Ambulance Authority and the Richmond City Health District called First Responders for Recovery.

The partnership launched in May but wasn’t publicly announced until Friday at the news conference scheduled in recognition of International Overdose Awareness Day, which is Aug. 31. It focuses on offering resources and encouragement to enter a recovery program to people who have come in contact with first responders because of a drug overdose.

First responders receive training on how to interact with people who are addicted and obtain waivers from those who agree that they need help so that they can pass their contact information on to Nunnally, who works for the Richmond City Health District. Nunnally then follows up with the person within 48 hours to help connect them with recovery resources.

The Richmond Ambulance Authority drew inspiration from a similar program in St. Charles County, Mo., which has seen a decrease in overdoses since launching in 2017.

“This new evidence-based program is aimed at doing more than reviving someone who has suffered an overdose by connecting addicts to successful recovery programs,” said Chip Decker, CEO of the Richmond Ambulance Authority. “While Narcan [a drug that reverses an opioid overdose] has been an important tool in our fight to keep opioid addicts alive, more must be done to help our patients stay alive by connecting them to recovery resources.”

Virginia Attorney General Mark Herring also attended the announcement of the partnership to show his support for the new effort to combat the opioid crisis that resulted in 1,215 fatal overdoses in the state last year.

“I’m really glad that folks have come together to come up with some creative ideas to cooperate and get people the treatment and support they need,” Herring said. “This could be a model for other cities and counties around Virginia.”

Nunnally has done similar work with local police departments, speaking with officers to help them understand addiction and sometimes riding along on patrol to talk to people on the streets and share her own story of recovery.

It was because of two police sergeants who believed in her, one from Chesterfield County and one from Richmond, that Nunnally was finally able to get clean after many unsuccessful attempts.

Nunnally, who said many addicts have lost hope, believes that having first responders involved in helping people reach for that hope again can make all the difference.

“You don’t have to do anything special. You just have to talk to people like they’re human,” she said. “If we can come together and work on this together, we can save a lot of lives.”

Courtney Nunnally scrolled on her phone in the back of the Richmond police SUV.

A consensus emerged at the Richmond Times-Dispatch’s 78th Public Square: More needs to be done to save lives from the opioid epidemic.

Courtney Nunnally, who works with police to help substance users find recovery, has been clean for six years. She talked with a person outside a restaurant on Midlothian Turnpike on Dec. 19.

From left to right, Courtney Nunnally, officer Nick Odehnal and officer Ben Frazer talk with a person while riding along Midlothian Turnpike on Wednesday, Dec. 19, 2018.