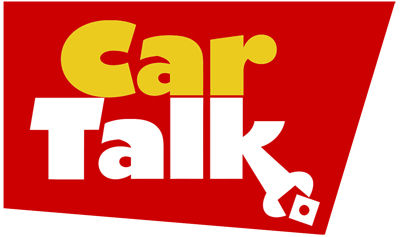 I have a 2010 Mazda Miata. It now has almost 40,000 miles on it. Ever since I bought it (with 18,000 miles on it), I have had a problem when I go over speed bumps. It makes a loud screeching sound. It sounds like metal rubbing against metal.

My mechanic is stumped as to what is causing this noise. I have replaced the front brakes and all four struts, but the noise continues. When they work on the car, they always add extra grease (somewhere?), but the noise always returns. The mechanics don’t think the noise is causing any harm, but it is very annoying.

By the way, if I also drive this one for 27 years, I will be 100 and still driving it. Thanks for any suggestions or help. —Fran

I’ll need a crane to get myself into a Miata when I turn 100. I’ll certainly need one to get me out.

When you go over a speedbump, Fran, you’re causing the suspension to go beyond its normal limits. And strange things happen when you push components that far. So finding the culprit — without convincing your mechanic to hang by his fingers under your car while going over a speedbump — is going to involve some guesswork. What could be making noise when pushed past its limits? It could be something like your control arm bushings, which are involved in letting the wheels move up and down without letting them move forward and back.

Next time you’re in, ask your mechanic to start by spraying your four front control arm bushings with silicone penetrating oil. If that doesn’t help, try the rear bushings next time. Ideally, you want to know what fixes it, so you’ll know where to spray when the noise comes back. Don’t spray the convertible top, though. I think we can rule that out.

Another possibility is that the car itself is flexing over the speed bump, and the spinning driveshaft is momentarily scraping against the exhaust system. That’s not uncommon.

So while the car is up on the lift, your mechanic should also eyeball the exhaust system, and see if there’s any sign of scraping or external wear near the drive-shaft. If he sees an area of the exhaust that looks like it’s been scratched up or scraped, then you may have your answer. If it’s happening infrequently, and at speed-bump-speed, I agree with him that it’s not a huge concern.

But he may be able to make some small adjustments to the way the exhaust system is hanging to reduce or eliminate the noise. Or he can buy you some Metallica CDs to play when you go over speed bumps. Good luck, Fran.