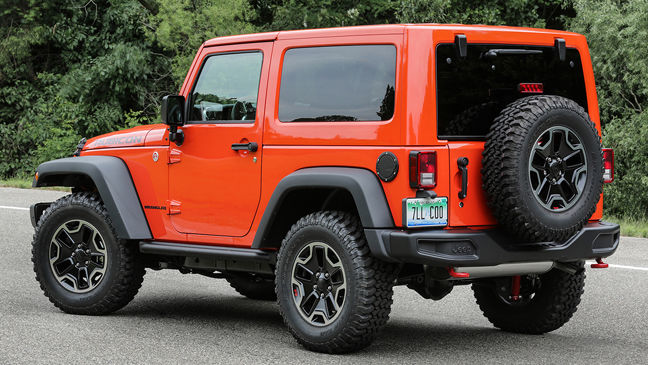 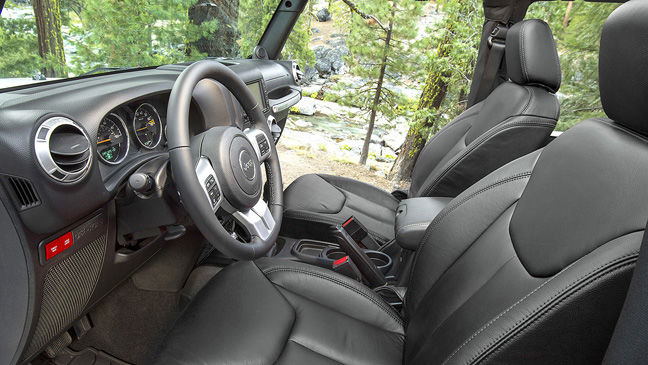 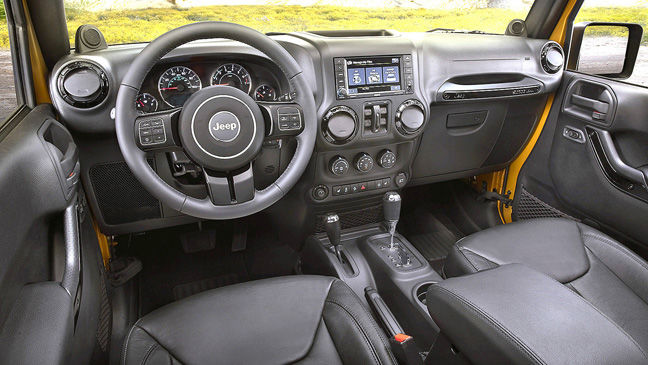 Redesigned for the 2018 model year, the Wrangler was lengthened by about 2.5 inches, while the wheelbase grew by an inch. The four-door Wrangler Unlimited gained roughly 3.5 inches and 2.5 inches, respectively. A 285-horsepower V-6 continued as the base engine, while an optional 270-horsepower turbocharged four-cylinder became optional. The turbo’s partial-hybrid eTorque electric motor assists the engine when launching from a stop and captures energy when the Wrangler is coasting. A six-speed manual transmission is standard with either powerplant, while an eight-speed automatic is optional with the V-6, but standard with the turbo. Arriving for the 2020 model year is an optional 3.0-liter V-6 turbo-diesel that makes 260 horsepower. The Command-Trac 4x4 system is standard in the base Sport and Sport S, but Rubicon trims come with Rock-Trac. It has deeper low-range gearing for crawling up and down steep inclines. The Rubicon also has locking front and rear differentials and 33-inch-tall off-road tires.