Since the coronavirus arrived in the U.S. in January, nearly 218,000 Americans have become infected and died. But for every two coronavirus deaths, a third death occurs that’s indirectly linked to the pandemic, according to a study led by researchers at Virginia Commonwealth University. That translates to an additional 100,000 pandemic-related deaths so far this year.

Across the country, researchers saw spikes in deaths from other causes, including addiction, Alzheimer’s and heart disease.

The number of people who will die each year is typically a steady and predictable number. But from March 1 to Aug. 1, 225,000 more people died than expected. This number is referred to as “excess deaths.” But only two-thirds of those excess deaths were directly caused by COVID-19.

The findings of the study, which was published last week in the Journal of the American Medical Association, suggest that states that allowed businesses to reopen in the spring may have contributed to an increase in excess deaths. They also suggest the country is in a worrisome state as a potentially dangerous winter approaches.

But perhaps more than anything, the research reflects the pandemic’s devastating impact on the nation. Critics have argued the death tolls of the virus are inflated and that it isn’t the coronavirus that has killed patients, but their other health conditions.

No matter how those deaths are classified, it’s unmistakable that the number of Americans who have died is 20% higher than it normally would have been.

“That you can’t argue with,” said Dr. Steven Woolf, the study’s lead author.

Three states — New Jersey, New York and Massachusetts — were responsible for 30% of the excess deaths in the country between March 1 and Aug. 1. But those states also reported short spikes in cases, experiencing brief, acute surges in the early spring. Their excess death figures returned to baseline by May.

States that eased restrictions in early May, including Texas and Florida, saw their excess deaths steadily climb throughout the summer. This suggests, said Woolf, that states that were more stringent keeping businesses closed and requiring masks did a better job limiting their excess deaths.

“If states are being less forceful in encouraging the public to separate themselves from each other or avoid transmission by wearing masks, the virus will continue to go through the community and persist,” Woolf said.

Virginia saw 4,500 excess deaths during the study period, with about half directly attributed to COVID-19. That Gov. Ralph Northam resisted the temptation to reopen the state while other states were doing so saved lives, Woolf said. Excess deaths were seen all across the country in nearly every state, whether the states had outbreaks or not.

In some instances, it wasn’t the virus that killed people as much as the response. It’s clear that widespread unemployment contributes to adverse health effects. But the response by states to shutter restaurants and movie theatres was still necessary, said Woolf, who likens the situation to a hurricane about to make landfall. If a group of people huddle together in a shelter to protect themselves and spread a virus in the shelter, getting one another sick, you don’t blame the shelter. You blame the hurricane.

“The response to the virus has adverse health effects,” Woolf said. “But it’s a mistake to say therefore, we shouldn’t take steps to control the virus.”

Russell Dane Canter was 38 years old when he died in August, and though COVID-19 wasn’t written on his death certificate, it played a part.

A natural-born artist, he worked at a tattoo shop, drawing images and words into people’s skin. He’d been addicted to heroin, but he had been clean for several years. When the pandemic hit, the parlor closed, and Canter was out of work. When he later broke his leg — he slipped walking out a door — he couldn’t return to work even when the shop reopened.

He refused to take opioids to ease the pain in his leg. Instead, he drank, and eventually his demons crept back into his life. “Just being stuck in his house was horrible for him,” said his mother, Cheryl. “It threw him into a really depressed situation.”

On Aug. 12, he and his roommate both died of overdoses. The responding police officer administered Narcan, but it was too late.

In Virginia, overdose deaths have skyrocketed during the pandemic. According to preliminary data assembled by the Office of the Chief Medical Examiner, 634 people died of overdoses in the state during the second quarter of 2020, a 67% increase from a year prior. More than half of those deaths are blamed on fentanyl.

While there has been talk of increased homicides and suicides across the country, that hasn’t been the case in Virginia so far, said Rosie Hobron, a forensic epidemiologist for the Office of the Chief Medical Examiner.

“The numbers are astronomical for drug deaths,” Hobron said.

People who were in recovery were often denied the chance to attend in-person, 12-step meetings because of social distancing precautions, said John Shinholser, co-founder of the McShin recovery foundation. He said people lost their connection point to recovery.

There were numerous opportunities for something to go wrong. Isolation sometimes meant family members accustomed to watching out were no longer nearby, especially if they had to quarantine themselves or if they lost their jobs. And those who relapsed were likely to get their hands on fentanyl, a deadly opioid more potent than heroin.

“The ripple effect goes on and on and on,” Shinholser said.

When the pandemic was at its worst, patients were often too scared to go to the emergency room for fear of contracting the virus. ER visits in Virginia declined by 50% in March and still have not returned to pre-pandemic levels, according to the Virginia Department of Health.

Hospitalizations for heart attacks, irregular heartbeats and appendicitis all decreased between February and March nationwide.

In late March, the mortality rates for heart disease increased, said Dr. Joseph Marine, a board member of the American College of Cardiology. In addition to being too scared, patients may have felt a visit to the hospital was unnecessary. Symptoms for serious heart ailments can be mild. A fainting spell can be a symptom of a serious arrhythmia.

It’s too soon to know how many people died from heart attacks during the pandemic, but heart-related ailments are believed to be a big contributing factor in excess deaths.

Health care professionals across the country have worked to get the message across: If you feel like you’re having a health emergency, go to the hospital. The risk of staying home is worse than the risk of getting COVID-19 in the hospital.

Seniors suffering from Alzheimer’s disease and dementia also have died at a higher-than-expected rate. Alzheimer’s deaths increased in March and April when the pandemic spiked and then again in June and July when cases soared in Southern states.

In Virginia, the number of Alzheimer’s and dementia deaths since the pandemic began is 1,000 higher than expected, according to the Centers for Disease Control and Prevention.

Alzheimer’s patients living in long-term care facilities face especially risky conditions. They are often isolated from their families and other residents. Patient care can suffer when an outbreak hits. Staff shortages have lowered the ratio of nurses to patients.

Forty-eight percent of nursing home residents live with Alzheimer’s or other dementias, according to the Alzheimer’s Association.

“We know individuals with Alzheimer’s, particularly those in long-term care centers, are particularly vulnerable to COVID-19,” said Marie Kolendo, senior executive director for the Alzheimer’s Association in greater Richmond.

But not every patient has the means to access telemedicine, and not all insurance will cover it. Patients used to receiving immediate help now had to wait for an appointment, which isn’t as easy as it sounds for a person with bipolar disorder or schizophrenia.

Black and Latino communities have endured an outsized share of COVID-19 infections. While it is possible that they also constitute a large percentage of excess deaths, demographic data is not yet available. Historically, chronic illnesses such as Alzheimer’s and heart disease have affected people of color at a higher rate.

That the U.S. hasn’t gotten the virus under better control as winter approaches is ominous, Woolf said. Viruses tend to spread more in colder months when people spend more time indoors, where air circulation is limited.

The U.S. could have used the summer to lower the number of positive cases, putting the country in a better position as the colder months come. Instead, surges of cases are persisting throughout the country, and the new baseline of excess deaths is high.

“We’re setting ourselves up for quite a catastrophe,” Woolf said.

Residents in other high-income countries are living an average of five years longer than those in the U.S. 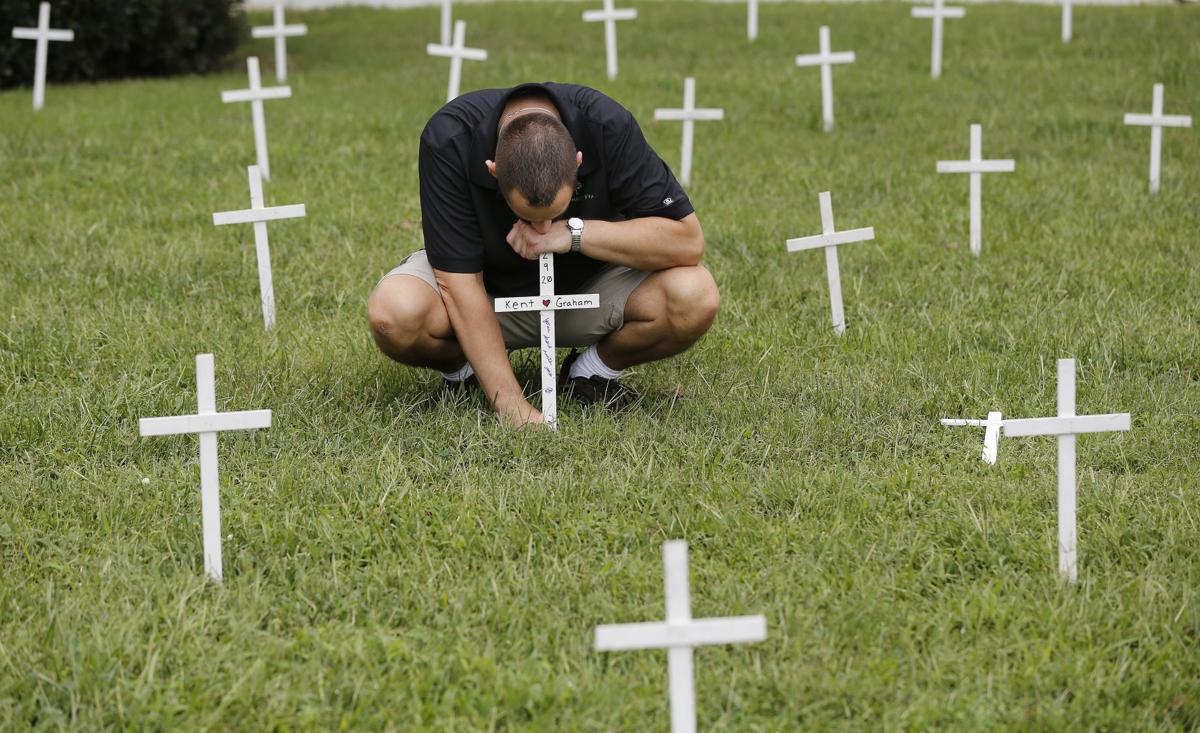 Jamie Christopher Baker placed a cross in memory of a friend during Recovery Fest, a McShin Foundation event that celebrated National Recovery Month in September. Experts say the pandemic has been especially tough on people in recovery.

New York and New Jersey produced a high number of excess deaths for a short period during the peak of their outbreak in the spring. States that chose to reopen in May, including Texas and Florida, saw their excess deaths steadily rise throughout the summer. 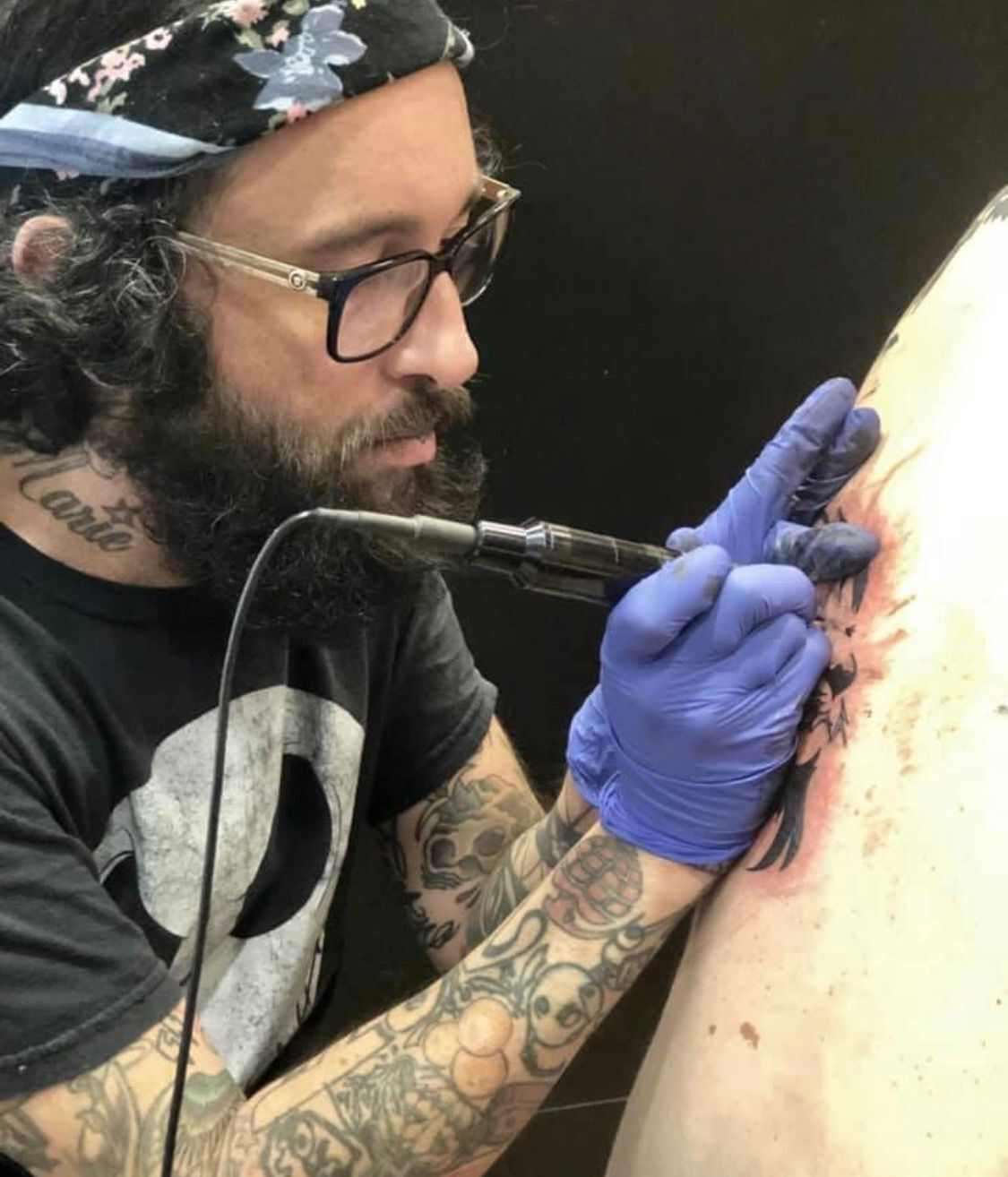 Russell Dane Canter’s death wasn’t from the virus, but it played a part.