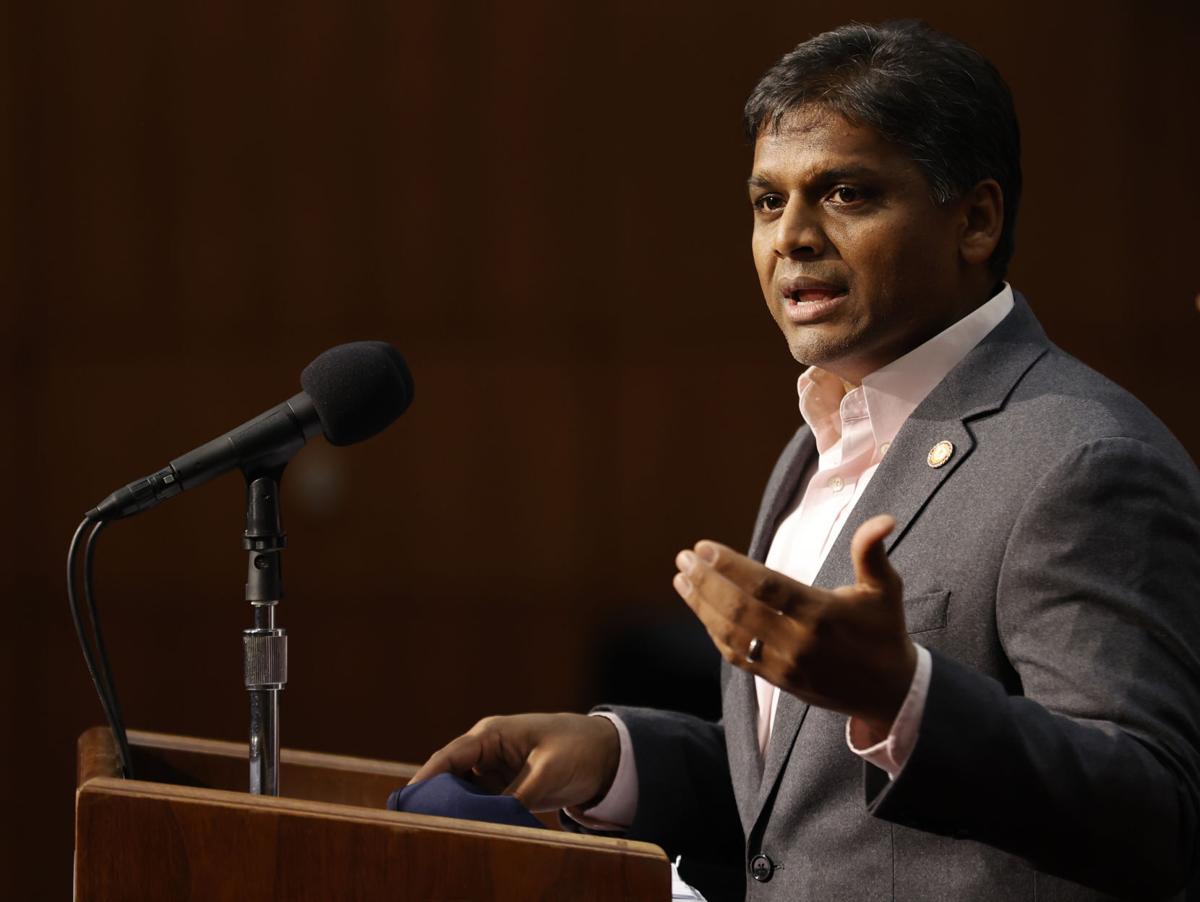 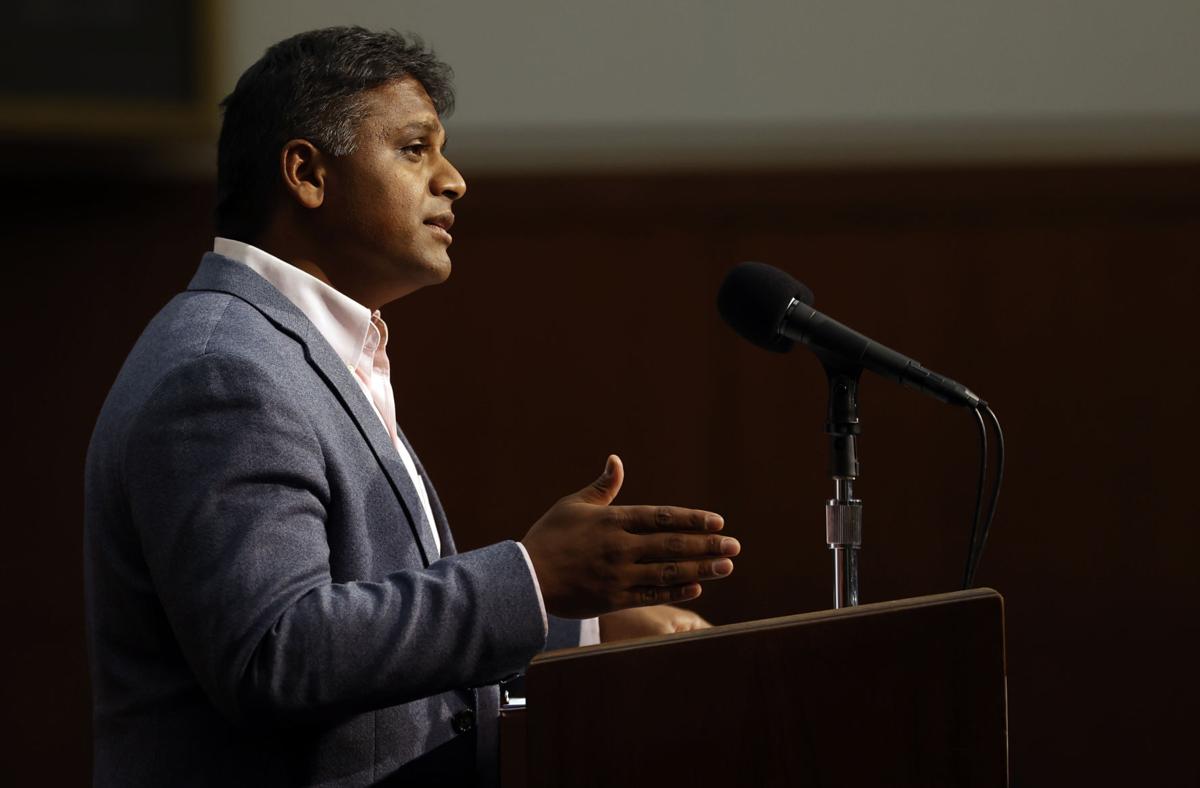 Dr. Danny Avula, Virginia’s COVID-19 vaccine distribution coordinator, says the goal is to at least have the vaccine demographics reflect the population. 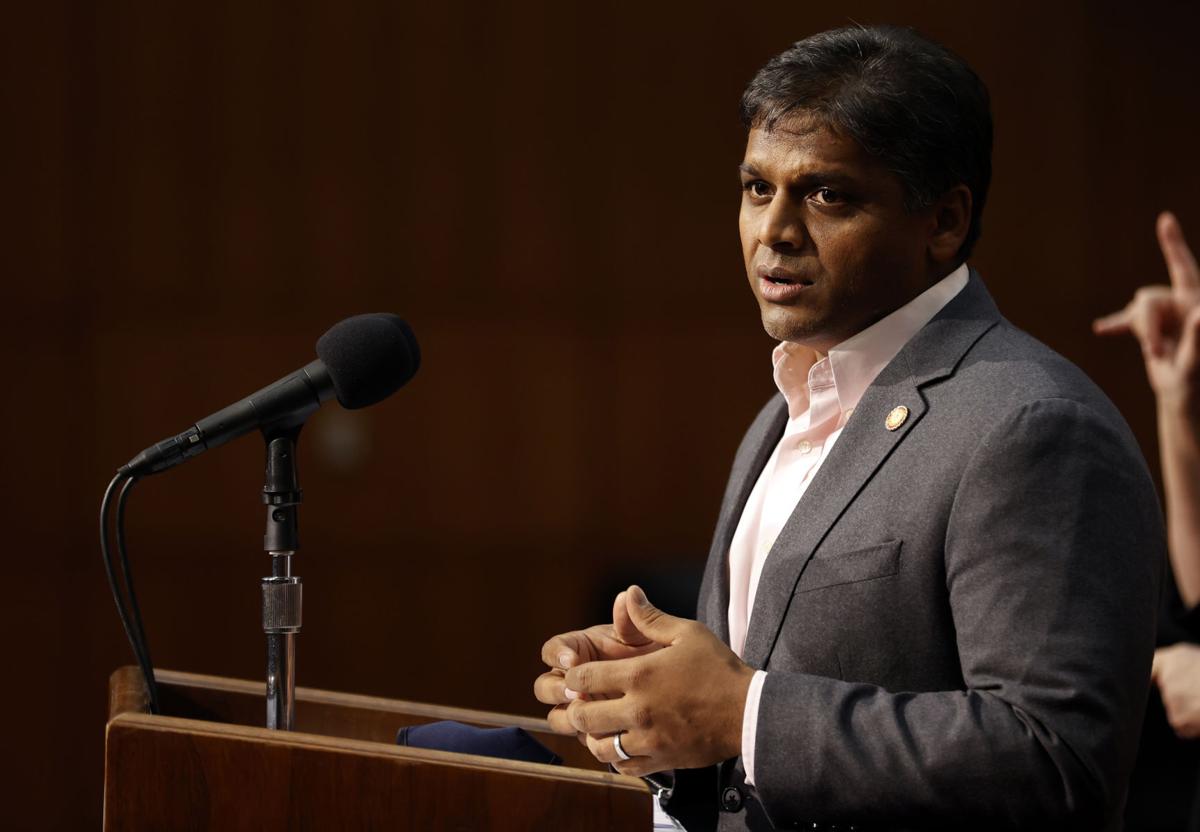 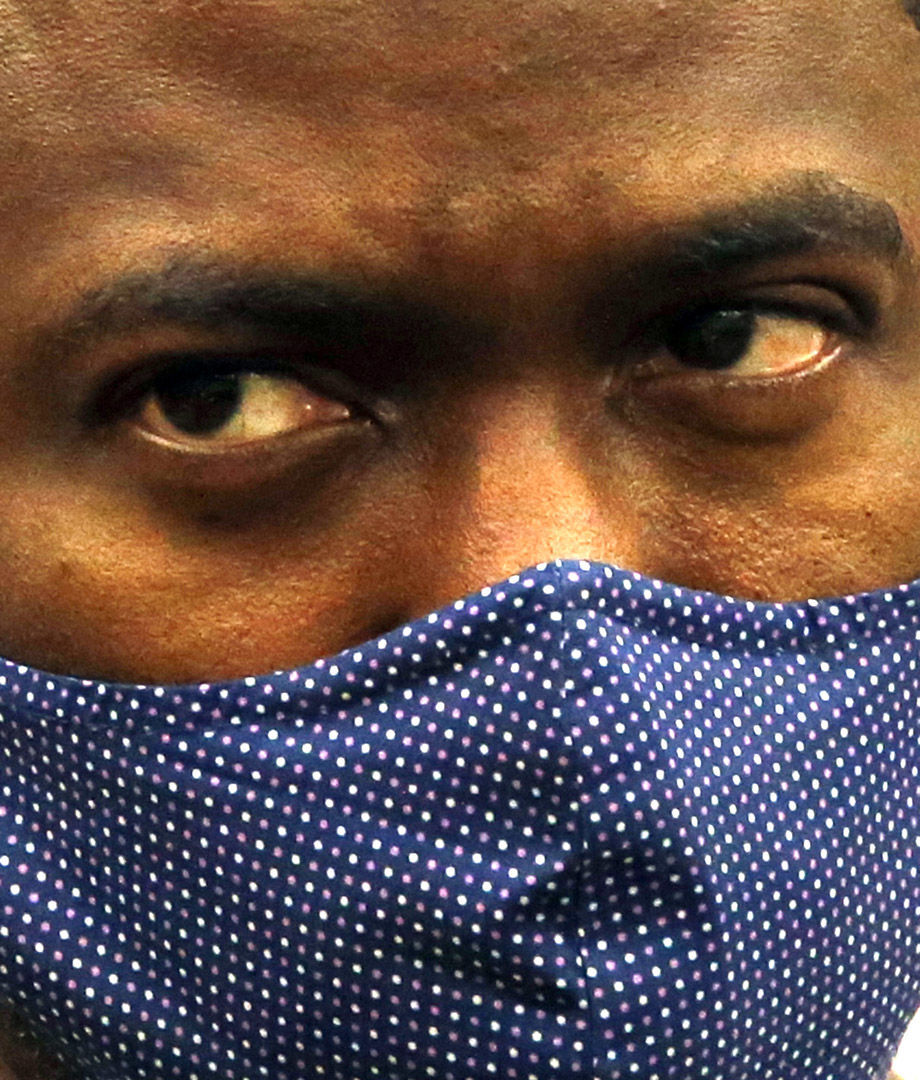 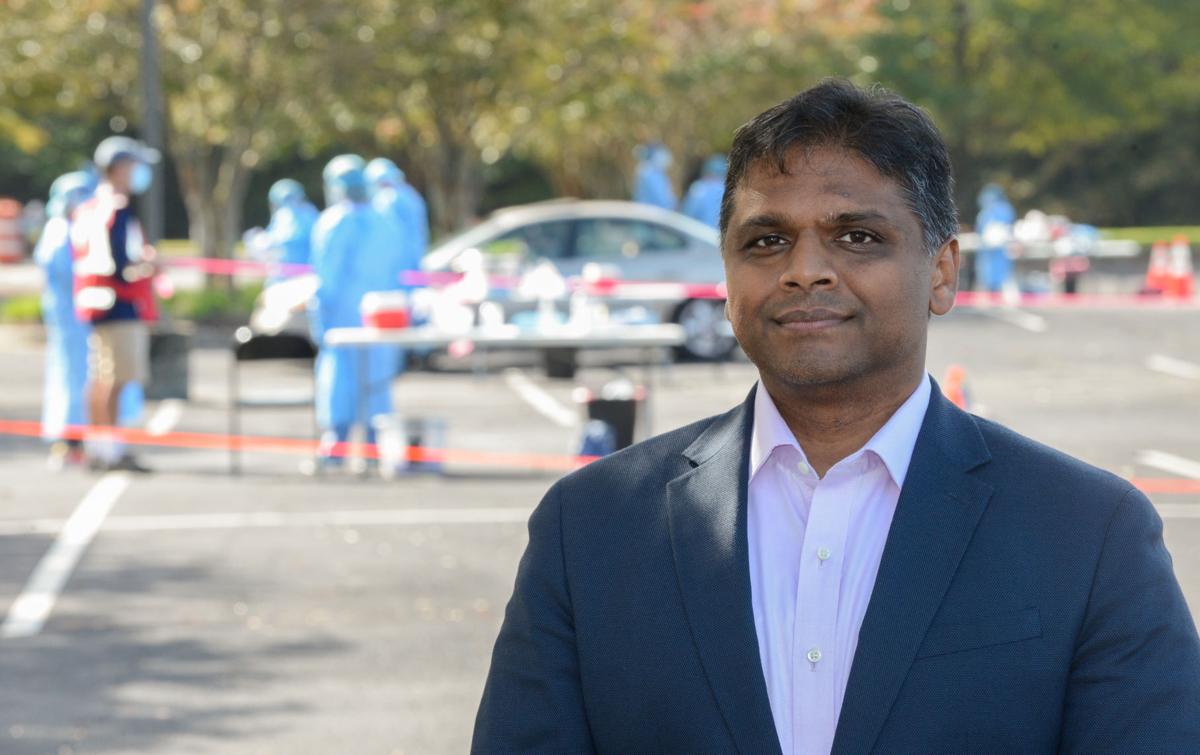 Dr. Danny Avula is director of the Richmond and Henrico Health Districts for the Virginia Department of Health. 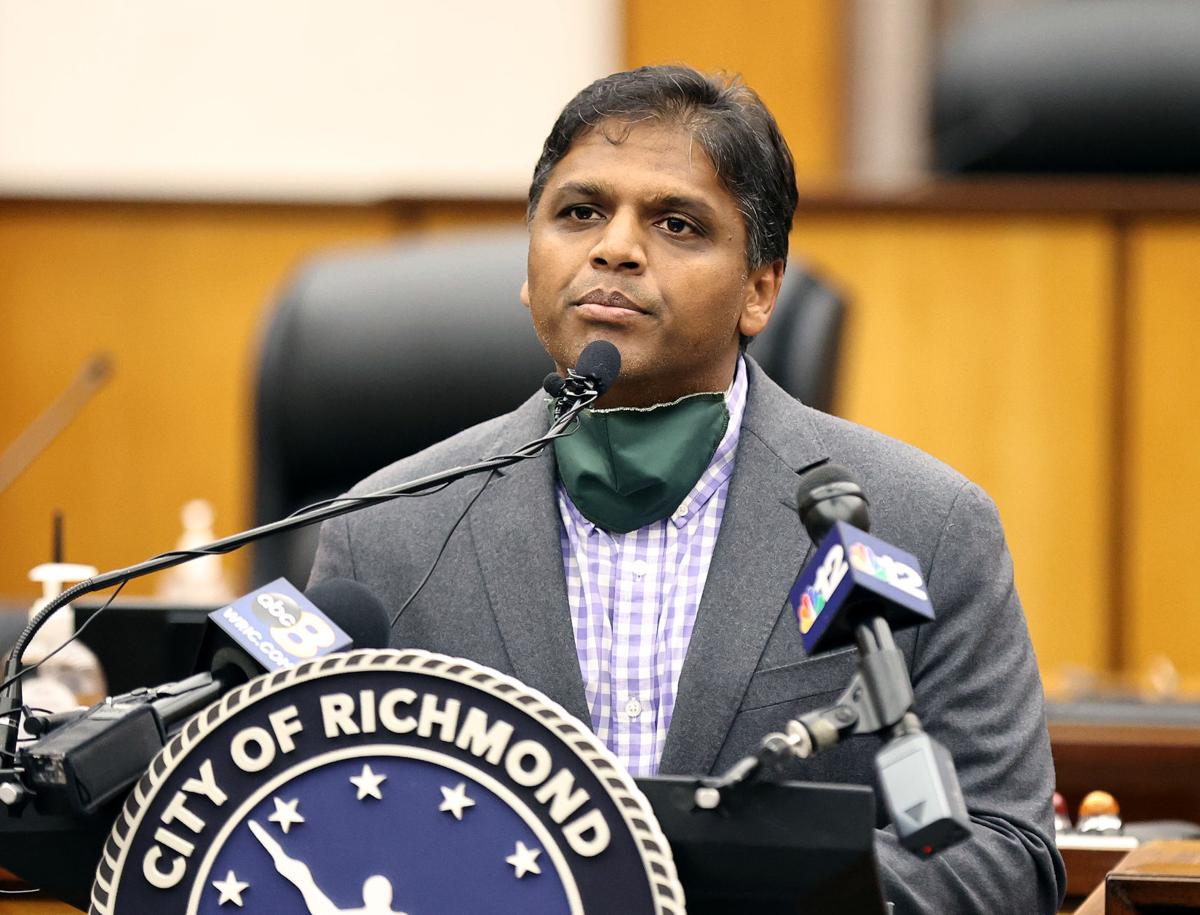 Dr. Danny Avula, head of the Richmond and Henrico health districts, said spending plans are being worked out. 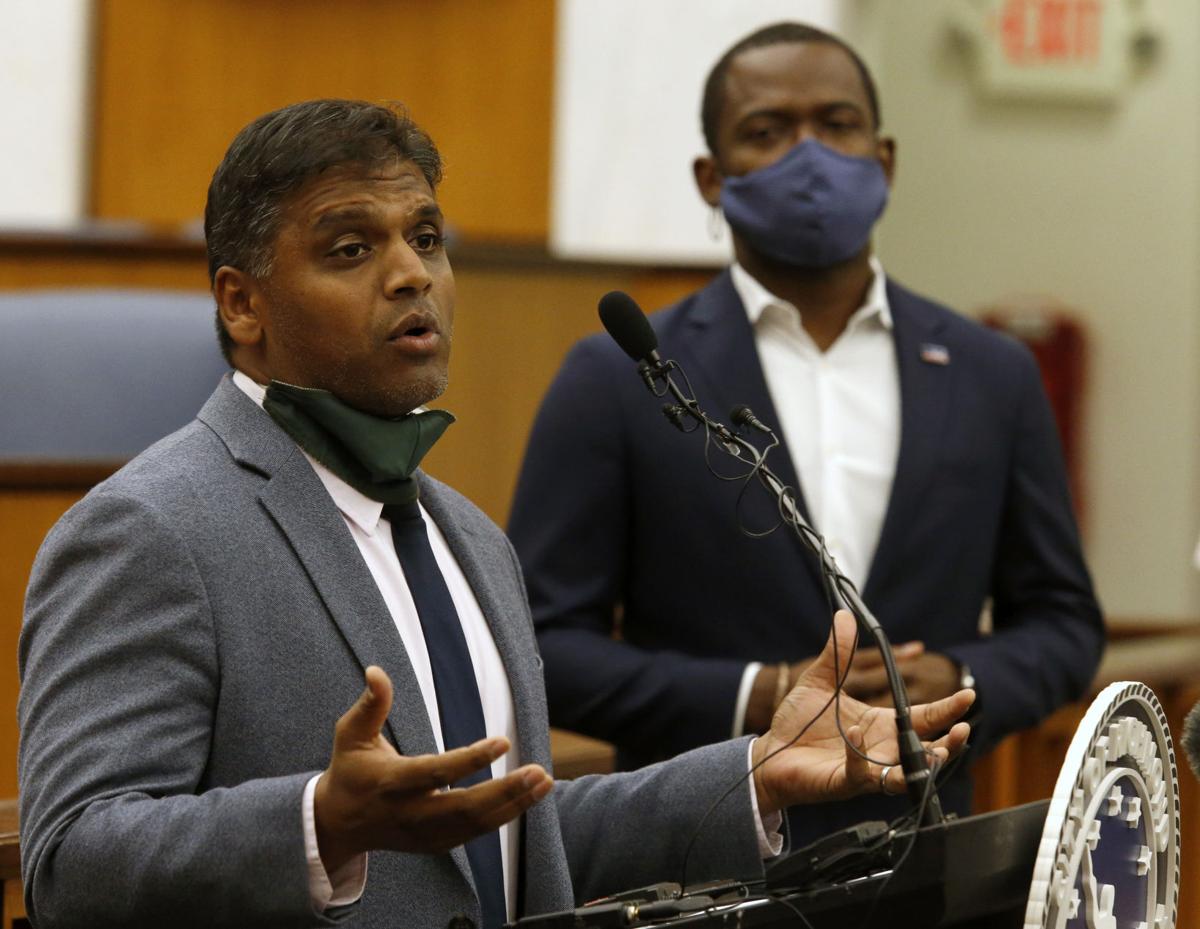 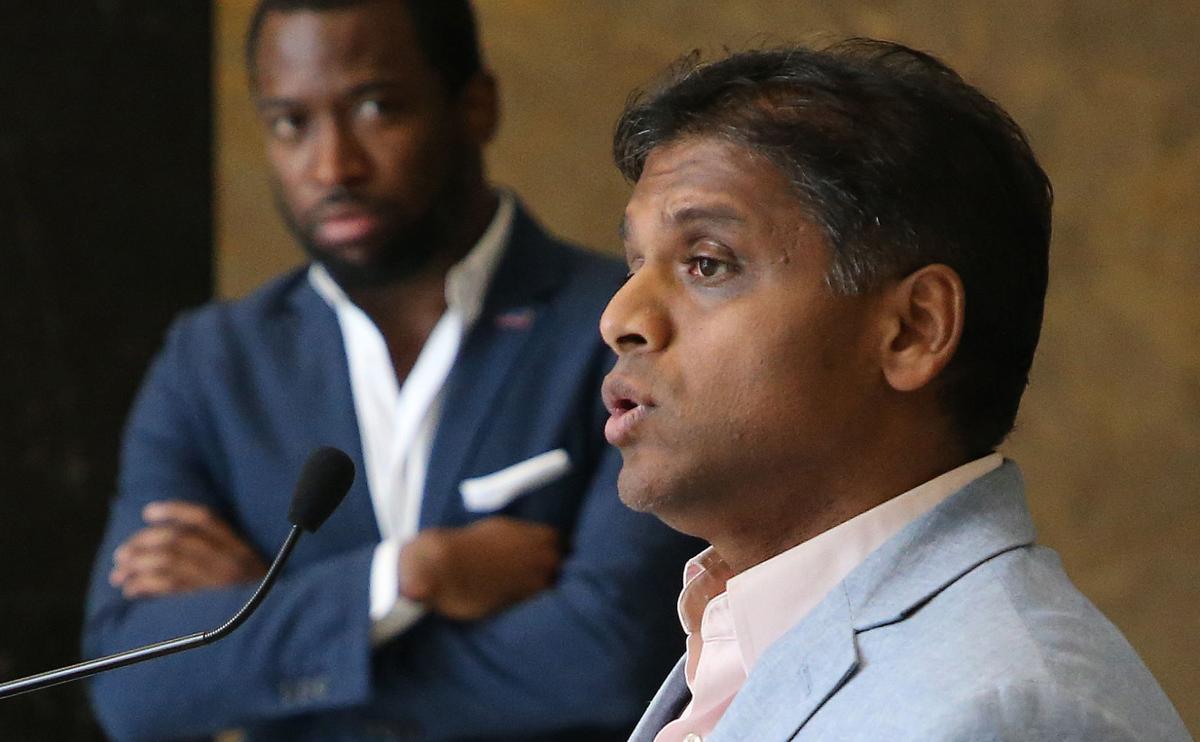 Back by Richmond Mayor Levar Stoney, Dr. Danny Avula spoke during a news conference at City Hall in Richmond on Tuesday. Avula is director of the Richmond and Henrico Health Districts.

Before he inherited a disastrous vaccination rollout with little infrastructure and federal guidance to fix it, before he battled a supply shortfall that placed high-risk essential workers months from receiving vaccines, and before his face was among the most watched in Virginia, Dr. Danny Avula went on vacation after nine months of working 100-hour weeks.

“Hello Media Friends,” Avula, 42, wrote in an email to journalists Dec. 8, six days before the first batch of coronavirus vaccines arrived in Virginia. “These last 9 months have been super intense, so I’m going to really unplug and make sure I’m rejuvenated for the next 9 months of COVID intensity — vaccination!!!!”

The giddiness reflected the Richmond and Henrico health districts director whom reporters had come to know: a father who prioritized 6 p.m. dinners with his five kids, snuck in dad jokes during hourlong media briefings and proudly states he would’ve fronted an ’80s glam metal band had working in public health not worked out.

Deputy Director Dr. Melissa Viray and Nurse Manager Amy Popovich took the reins in the meantime, overseeing the first round of vaccinations in Richmond-area hospitals, record cases in the lead-up to Christmas and an abrupt reduction of vaccine supply — roughly 110,000 statewide — that forced localities to adjust distribution plans.

Then, within a day of returning and being briefed by the local vaccination team, Gov. Ralph Northam’s office called.

“We really would like you to lead the coordination around vaccine for the state,” said the governor’s chief of staff, Clark Mercer.

This would mean stepping back from the health departments Avula helped build and straining his commitments back home.

So he dialed the person whose opinion would decide whether he would turn Northam down.

“Can we sustain this as a family?” Avula asked his wife, Mary Kay.

“We knew that this next phase was going to be intense,” Avula remembers her saying. “This is incredibly important. We’re behind you.”

“You’re the right guy for that job,” they told him. “You getting this at the state level makes it better for all of us.”

Within 24 hours, Northam announced in a Jan. 6 media briefing that he was tapping Avula to lead the state’s vaccination effort.

“He knows how to get things done,” Northam said.

The moment Avula first thought, “OK, maybe we need to be more concerned about this,” didn’t come until late February 2020.

He briefed the city and county’s executive teams with preliminary plans on how to shield Richmond and Henrico from spread, as he’d done with other emerging infectious disease threats in the past 10 years.

“This is real,” he told Stoney and Vithoulkas. “And you need to brace for it.”

Internally, Avula wrestled with what came next for his family. His neighbors in Church Hill. His team at the local health departments.

He could have kept quiet, ignored the community desperation for facts or disappeared into the behind-the-scenes role health departments had before the pandemic made that nearly impossible.

Instead, the son of Indian immigrants who graduated from the University of Virginia at age 19, bolstered community health centers in low-income areas and was named Richmond’s top doctor seven years in a row became the authority officials relied on to guide them through the crisis.

Now, he’s interviewed so often that reporters, state officials and community members have referred to him as Richmond’s “Dr. Fauci,” a nod to the country’s top infectious disease expert. Avula’s level-headedness and patience in answering questions about a deadly virus researchers didn’t know enough about earned him a reputation of refreshing transparency.

His role was tested less than a month after Virginia’s first case on March 7, when the country’s deadliest nursing home outbreak unfolded in Henrico’s Canterbury Rehabilitation & Healthcare Center.

Avula’s grim daily ritual began to include counting the dead, and calling the medical director as the death certificates and positive results piled up.

There wasn’t enough personal protective equipment. There weren’t enough tests. And for more than 50 families, there were no goodbyes — only a trail of grief that health officials like Avula were defenseless in stopping.

Shortly after, the economy would shut down, schools would close and the virus’s quick spread would disrupt any semblance of normalcy left to cling to.

Soon, Avula was a permanent figure standing beside Stoney in briefings and attending Richmond School Board and Henrico Board of Supervisors meetings to dispel misinformation and urge residents to avoid skirting regulations.

In July, he drew criticism for his controversial stance that students could safely return to in-person learning, citing reports from systems abroad that have successfully done so. Months later, he reiterated the point but emphasized the critical role of districts to decide what’s best.

In December, his revived push was powered by seeing a recent surge of teenagers hospitalized after suicide attempts in his overnight shifts at local hospitals.

He would say when he didn’t know the answer; when he thought he had failed; when not enough was being done to protect Black and Latino communities, which by summertime, were 80% of Richmond’s COVID-19 cases.

Shanteny Jackson, a community health worker in Southwood, was someone Avula consulted daily on how to focus efforts as the predominantly Latino hub became one of the city’s major COVID-19 spots.

The local health departments would hire 120 people within six months.

Jackson, who has known Avula for six years and said he hasn’t changed since, called his track record a testament to his investment in people who did the work he couldn’t.

“I don’t see how he does all of this, but I go back to say, ‘Hey, he’s not doing it alone,’ ” Jackson said. “He recognizes he needs his village.”

Looking back on the past 10 months, Avula wishes he could have hired people more quickly, and referenced building up the infrastructure for on-the-ground response, contact tracing, testing and case investigation.

The cloud looming overhead was the not-so-secret dilapidated state of the public health system. Virginia received $3.1 billion from the CARES Act that was then chopped up into about $644 million split among 132 localities.

Richmond and Henrico received a combined total of $49 million for COVID-19-related expenses. It wasn’t nearly enough.

“We didn’t have a lot of clarity about how much money the feds were going to put into this,” Avula said. “That led to some degree of uncertainty about what our level of response could and should look like. ... It’s hard not to think about how that could have gone differently with a different national response.”

The coordination and centralization of vaccine development, however, told a different story, Avula said.

“It’s not perfect by any means,” he continued. “But this is also a more difficult challenge than public health, or really, our entire world has ever faced.”

One month in, the work more frequently seeps into the weekend, leading his 9-year-old daughter who’s used to Saturday morning conversations to ask: Do you have to work that hard on weekends, too?

“Yeah baby, it’s going to look like that for a little while,” he responds.

His 15- to 16-hour days often start before 7 a.m., prepping for calls with leaders in the Virginia Department of Health like Dr. Laurie Forlano, the deputy commissioner for population health, and Dr. Lillian Peake, the state’s epidemiology director, about how to strengthen the state’s capacity.

He confers with the local vaccine team when he can, then joins General Assembly committees to update legislators on vaccinations and answers questions from faith leaders, community groups and underserved populations to help break down the mistrust in vaccines prompted by racism in health care.

Virginia has been blasted for its rocky rollout that Avula was tasked with overhauling. By the last week of January, the state was last in the U.S. for supply used. Officials blamed incompatible systems that created three-day lags in vaccination reporting.

Under Avula’s leadership, the gaps were nearly closed within weeks, launching Virginia to the top 10 slot among states.

But the issues are ongoing. Residents feel like there’s no set plan, distribution is largely left up to local health districts with variable guidelines, and demand far outweighs available supply. The holes in race and ethnicity data showed a lack of equitable distribution among the most hard-hit populations and barriers to accessibility not yet remedied. While as of Saturday the numbers unreported have decreased, 72% of those vaccinated are white.

Virginia also does not have a website or phone bank to connect residents to vaccines, despite citing months of preparation to do so. The staffing needed to run the operation is still not at the needed levels.

The delays have prompted an onslaught of confusion, with Avula at the forefront to take the most heat alongside Northam. He knew the criticism would come, he said, and acknowledged how heavily frustrating and emotionally charged people must feel nearly a year into the pandemic.

“I’ve just got to recognize that,” Avula said. “At the end of all of this — six, nine months down the road — I think it’ll be easy to forget the hard stuff, because we will be in a different place.”

He paused to reflect on what he’s up against. The promises 8.5 million people are depending on him to follow through on.

He knows what’s at stake if he doesn’t.

Dr. Danny Avula, Virginia’s COVID-19 vaccine distribution coordinator, says the goal is to at least have the vaccine demographics reflect the population.

Dr. Danny Avula is director of the Richmond and Henrico Health Districts for the Virginia Department of Health.

Dr. Danny Avula, head of the Richmond and Henrico health districts, said spending plans are being worked out.

Back by Richmond Mayor Levar Stoney, Dr. Danny Avula spoke during a news conference at City Hall in Richmond on Tuesday. Avula is director of the Richmond and Henrico Health Districts.