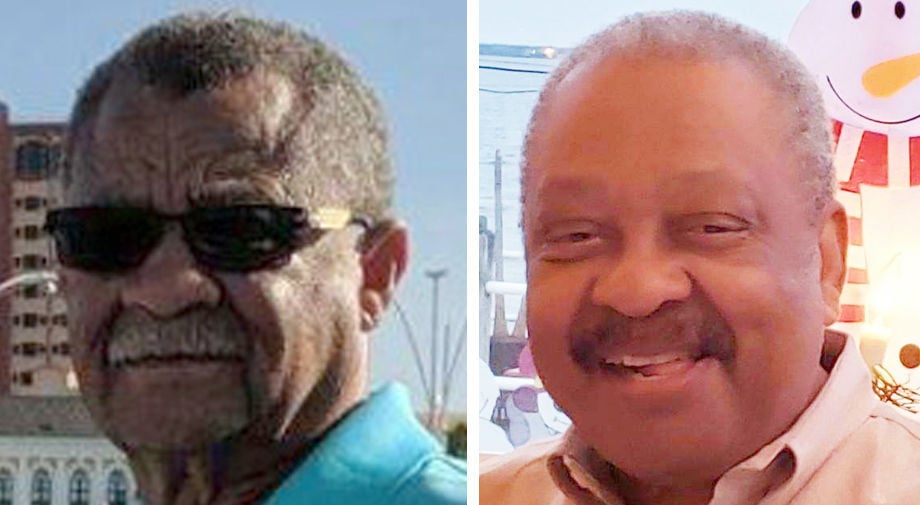 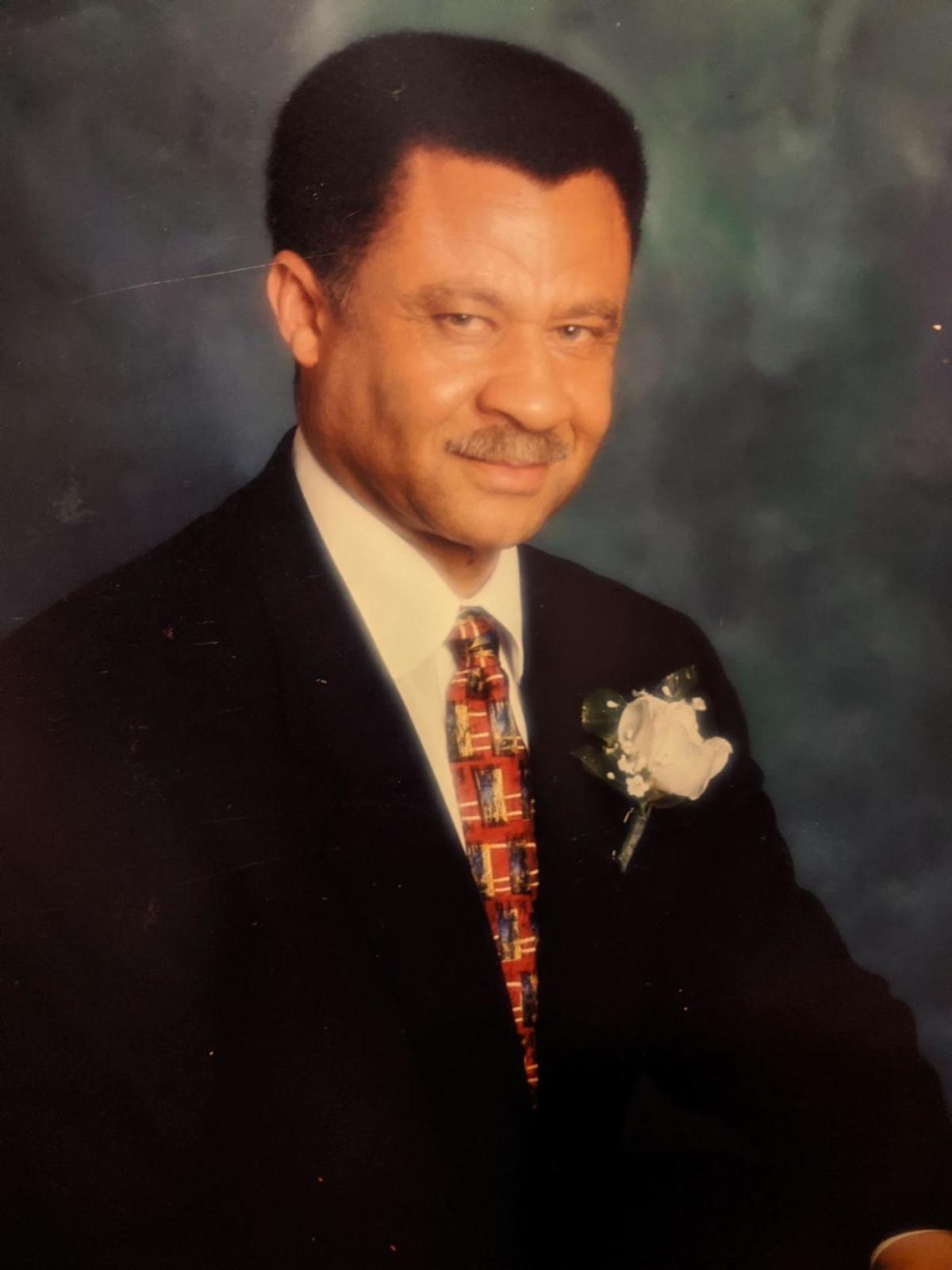 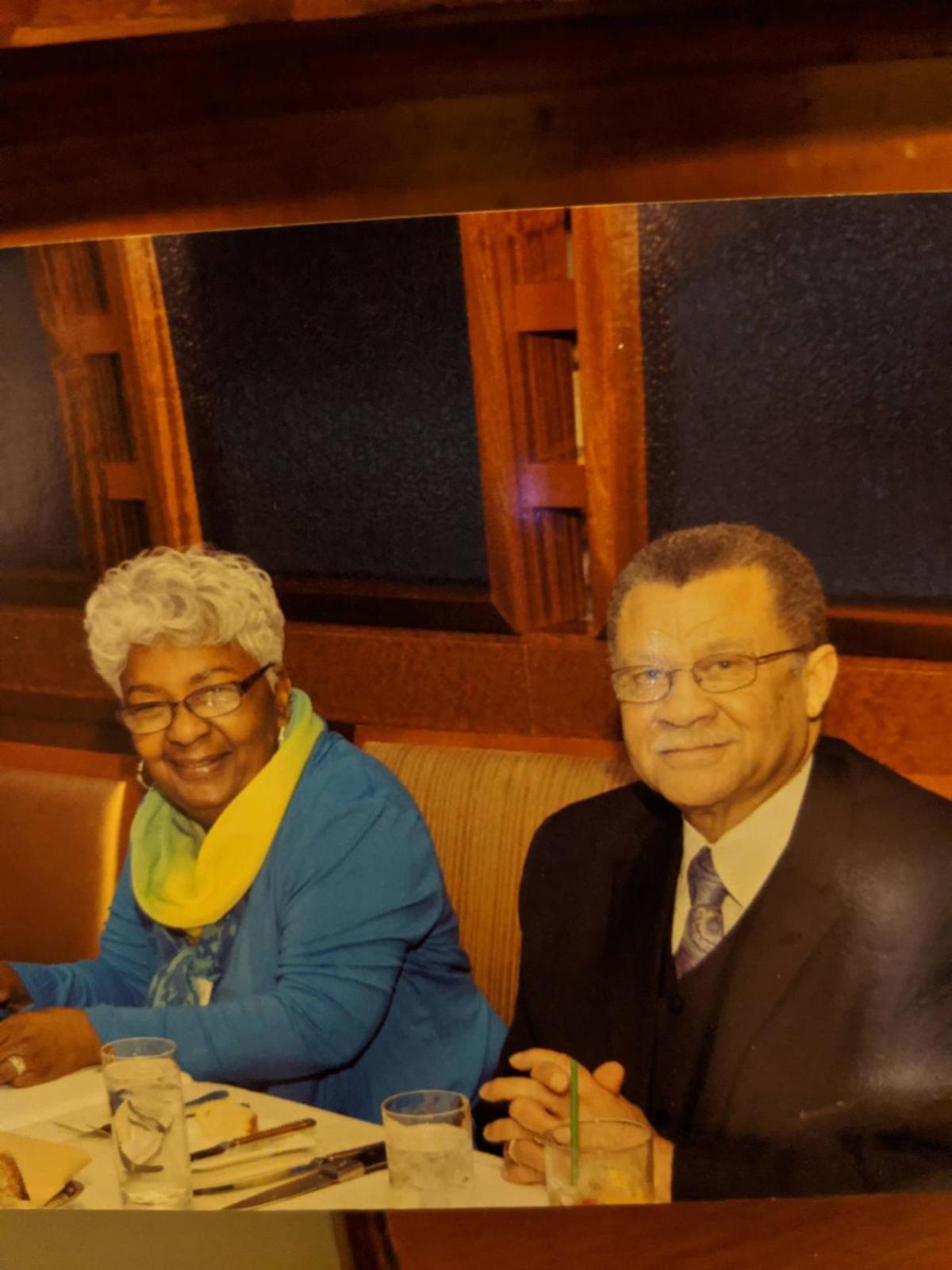 Paul Wright and his wife Myrtle are pictured here at a Greyhound event at a casino in Atlantic City, N.J. 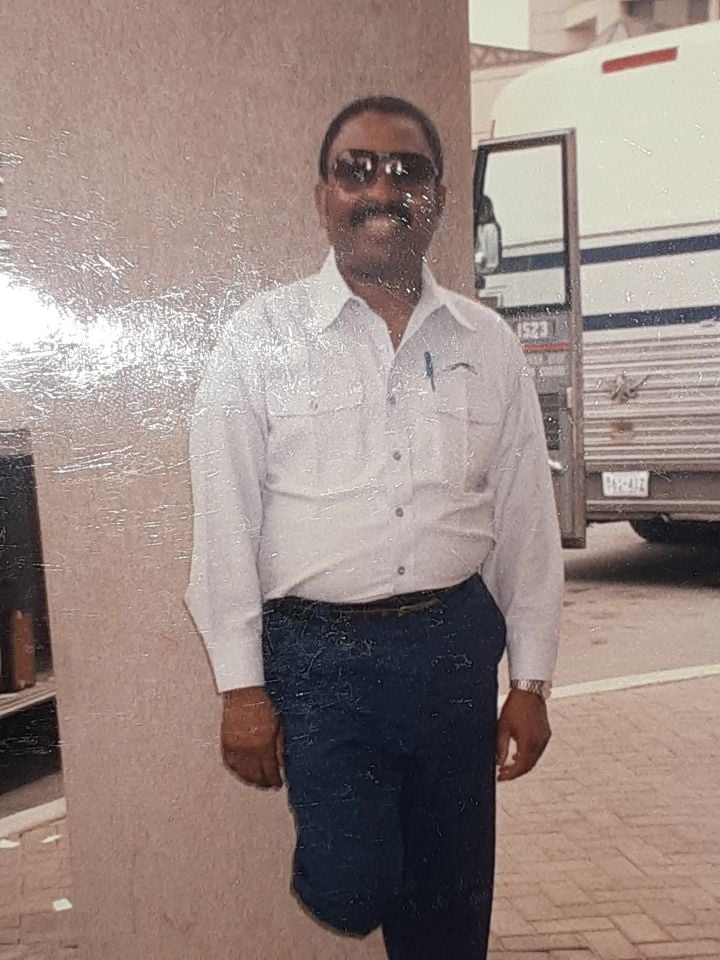 Whenever Paul Wright’s wife asked him when he was going to retire, the 78-year-old veteran Greyhound employee would tell her he planned to work for just a few more years.

Each of his six younger siblings already had retired, but Wright wanted to wait until he was 80 and had logged 50 years with Greyhound. He took great pride in his job as a manager of driver development. His colleagues looked up to him.

Wright was attending a two-week training school for new bus drivers in New Jersey last month when he started to feel sick. He called his wife, Myrtle, and told her about a dream he had of an angel in his hotel room. It terrified him.

He woke up in a sweat and jumped out of bed.

He drove home to Richmond and isolated himself in the basement of the home he shared with his wife, but later ended up at St. Mary’s Hospital. Myrtle Wright could not be with her husband at the hospital, but a nurse let her talk to him on the phone while he was on a ventilator.

When Paul Wright died on Monday, his wife said, she took some comfort in his dream of the angel.

“He knew where he was going,” she said in a phone interview Wednesday, “and it’s a better place than here.”

Wright and his colleague, Phillip DeBerry, another beloved member of the tight-knit team of driving instructors, were the first two Richmonders reported to have died from the coronavirus. Both men had attended the school for new drivers that started March 9 in New Jersey. A company spokeswoman said the school was shut down early as a precaution, before the company knew the two men had been impacted by the respiratory illness.

Percy Gatewood, a lead instructor for Greyhound who also attended the training in New Jersey, said he tested positive for COVID-19 after he returned home to the Nashville, Tenn., area. Gatewood, 72, said he was hospitalized for four days with pneumonia in both lungs. He was not placed on a ventilator and was released from the hospital on Sunday. The stress of his own ordeal, he said, was compounded by the deaths of Wright and DeBerry, two of his best friends.

“I just couldn’t think straight,” he said Wednesday, adding that he was interviewed by an official from the Centers for Disease Control and Prevention on his last day at the hospital.

It could not be confirmed Wednesday how many Greyhound employees from the driver school tested positive for COVID-19. The Greyhound spokeswoman, Crystal Booker, said late Wednesday that she would try to find out, and an official with the CDC referred questions to local health officials in New Jersey who could not be reached for comment.

Gatewood remembers Paul Wright as a great listener who always backed up his employees. He said he will never have a better boss.

“He was a good guy to work for,” he said. “I’m definitely going to miss him.”

Ebony Barrett, head classroom instructor, remembered Wright as a by-the-book manager, a stickler for the details.

“He was a no-nonsense type of person,” she said. “He was one of the best-dressing men I ever saw in my life.”

Barrett’s nickname for DeBerry was “Grandpa,” she said, and they liked to joke around a lot. “If you ever had the opportunity to know him,” she said of DeBerry, “you really would have been blessed by his presence.”

“He was an excellent instructor,” she said. “He taught me a lot of things. Greyhound has really lost two legends.”

DeBerry’s girlfriend, Shelia Abernathy, said DeBerry’s job at Greyhound was his life. The 72-year-old Highland Park resident had worked there about 45 years, she said.

“He loved the fact that he could teach people something,” she said. “Even after he taught the person, they all kept in touch with him. If they ran into any type of situation, they always called Mr. DeBerry.”

While DeBerry was still in New Jersey, Abernathy talked to him on the phone and he was so tired he didn’t think he could make the drive. He went to a hospital and was released with antibiotics for his pneumonia, Abernathy said. One of his sons drove up from Maryland and took him home to Richmond last Thursday. On Friday, Abernathy took him to St. Mary’s Hospital.

He was feeling a little better after they gave him oxygen, but his breathing deteriorated and he was taken to the intensive care unit on Saturday and put on a ventilator. He died that day, she said.

“It’s hard for families because once you release your loved one to the hospital, there is no more contact and you’re sending them off to be alone,” she said. “They just die alone and that’s so sad.”

The wave of grief has stretched widely through the Greyhound community. Myrtle Wright said she keeps hearing from many of the people her husband knew in his 47 years with the company.

“My phone has been off the chain,” she said. “I never witnessed so many men crying on the phone. They just can’t believe it. He was all about taking care of them.”

Northam: 'I want Virginians to prepare themselves for the long haul' of coronavirus

As the coronavirus pandemic has disrupted daily routines in recent weeks, many residents in the Richmond region are steering clear of grocery …

Paul Wright and his wife Myrtle are pictured here at a Greyhound event at a casino in Atlantic City, N.J. 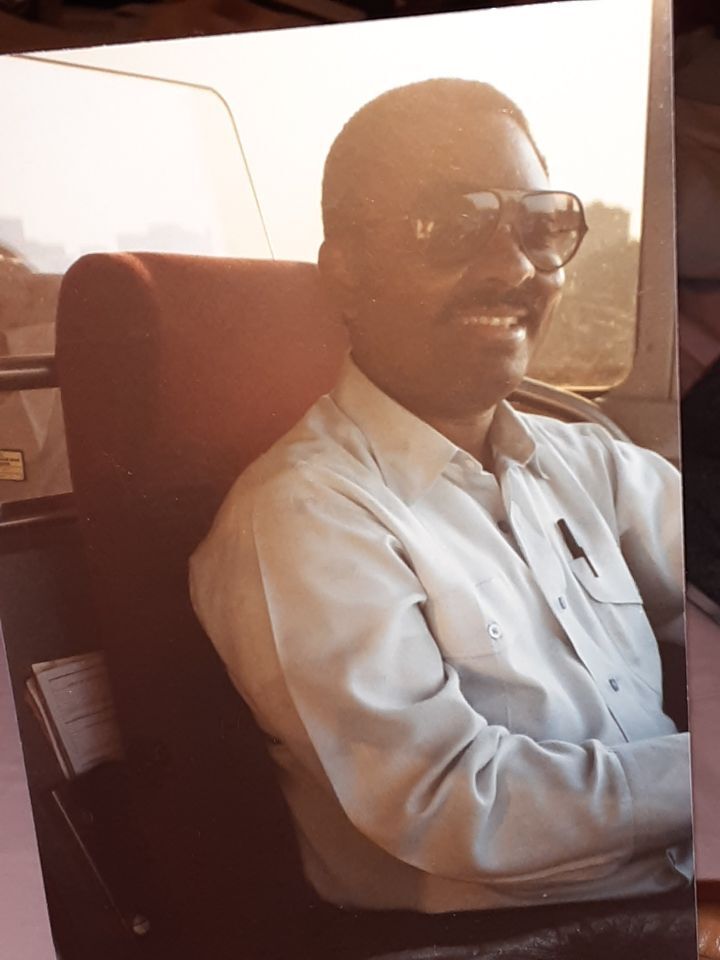 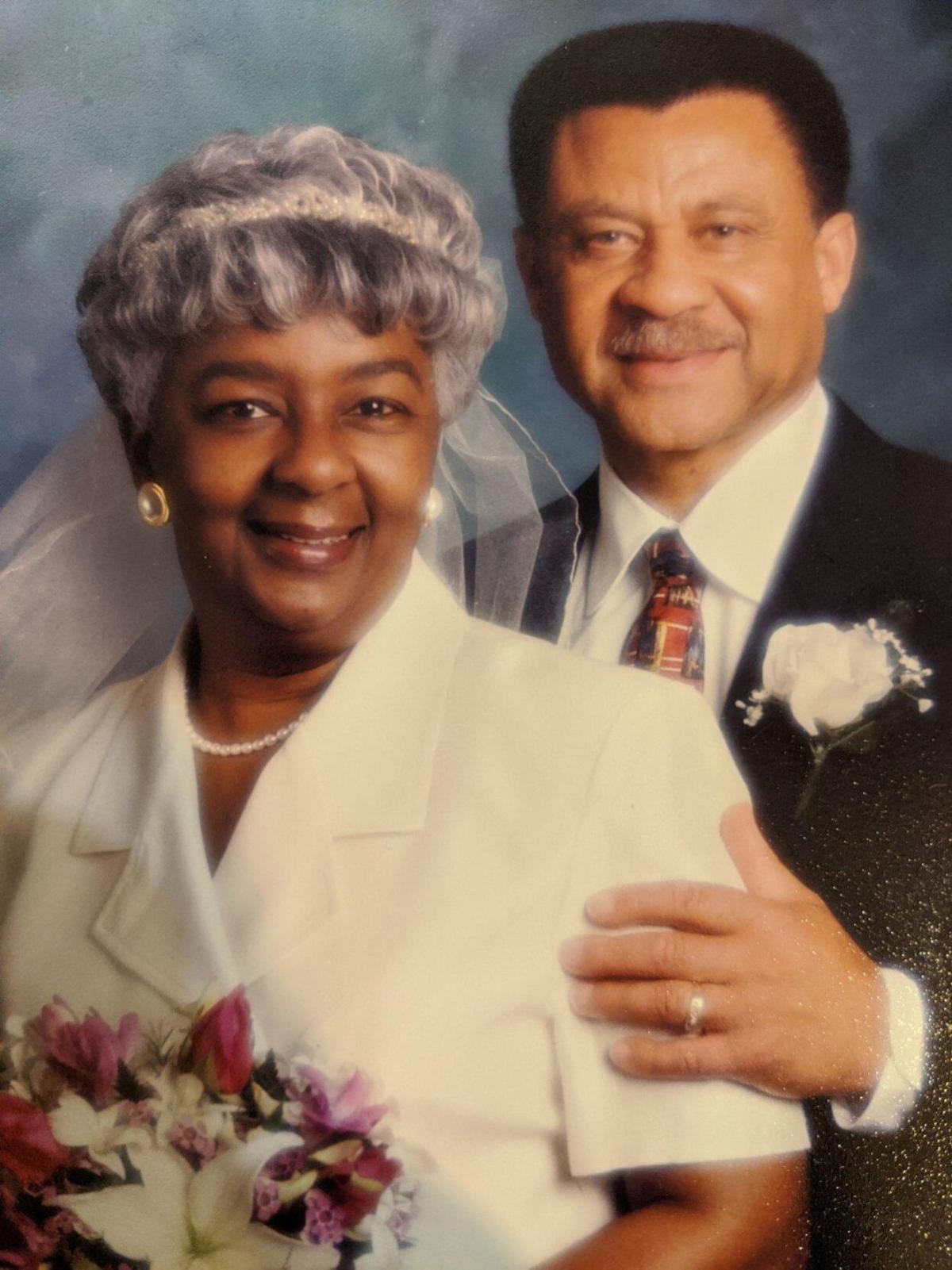 Paul Wright and his wife, Myrtle Wright, when they renewed their marriage vows. They have been married 46 years. 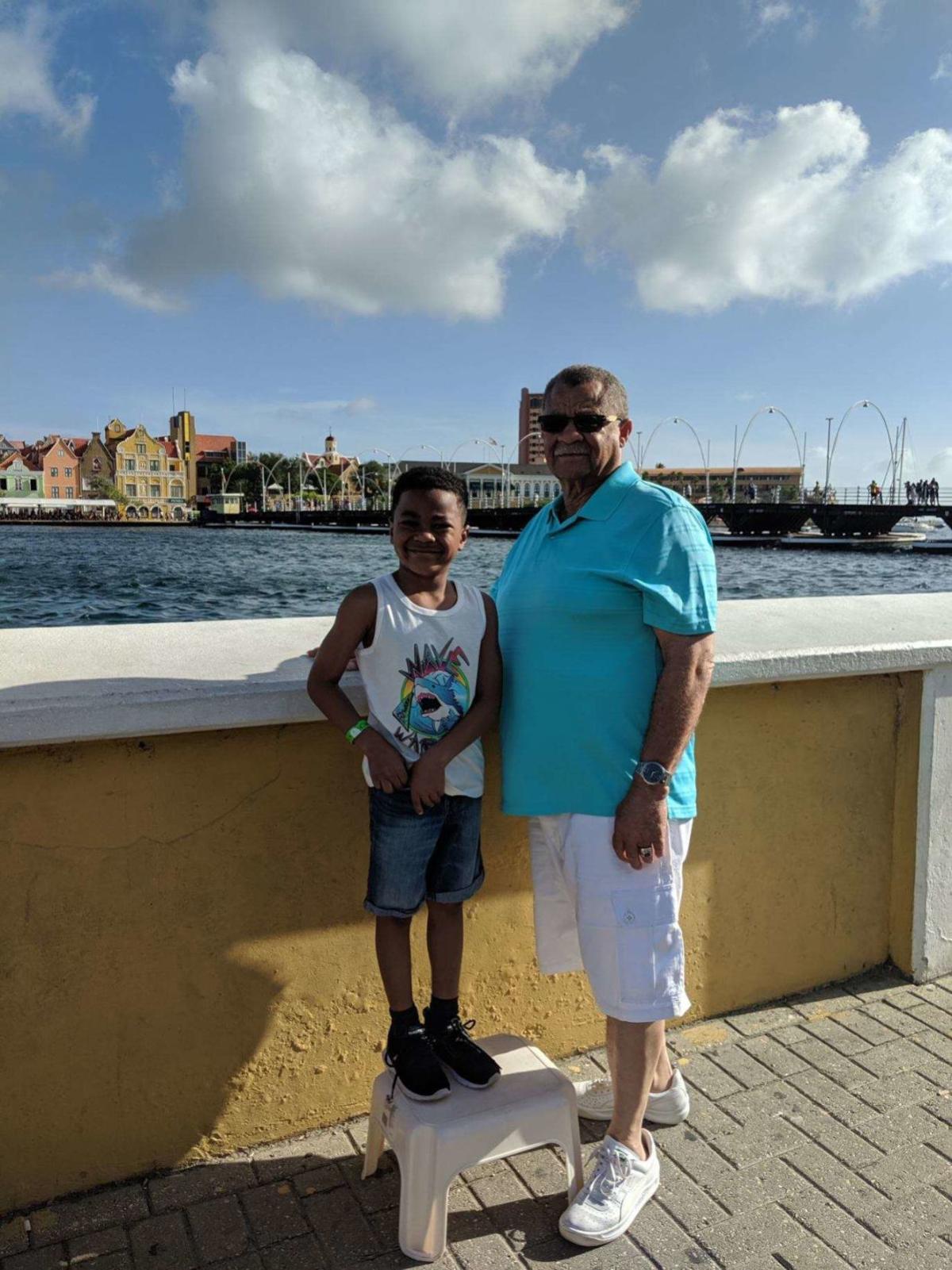