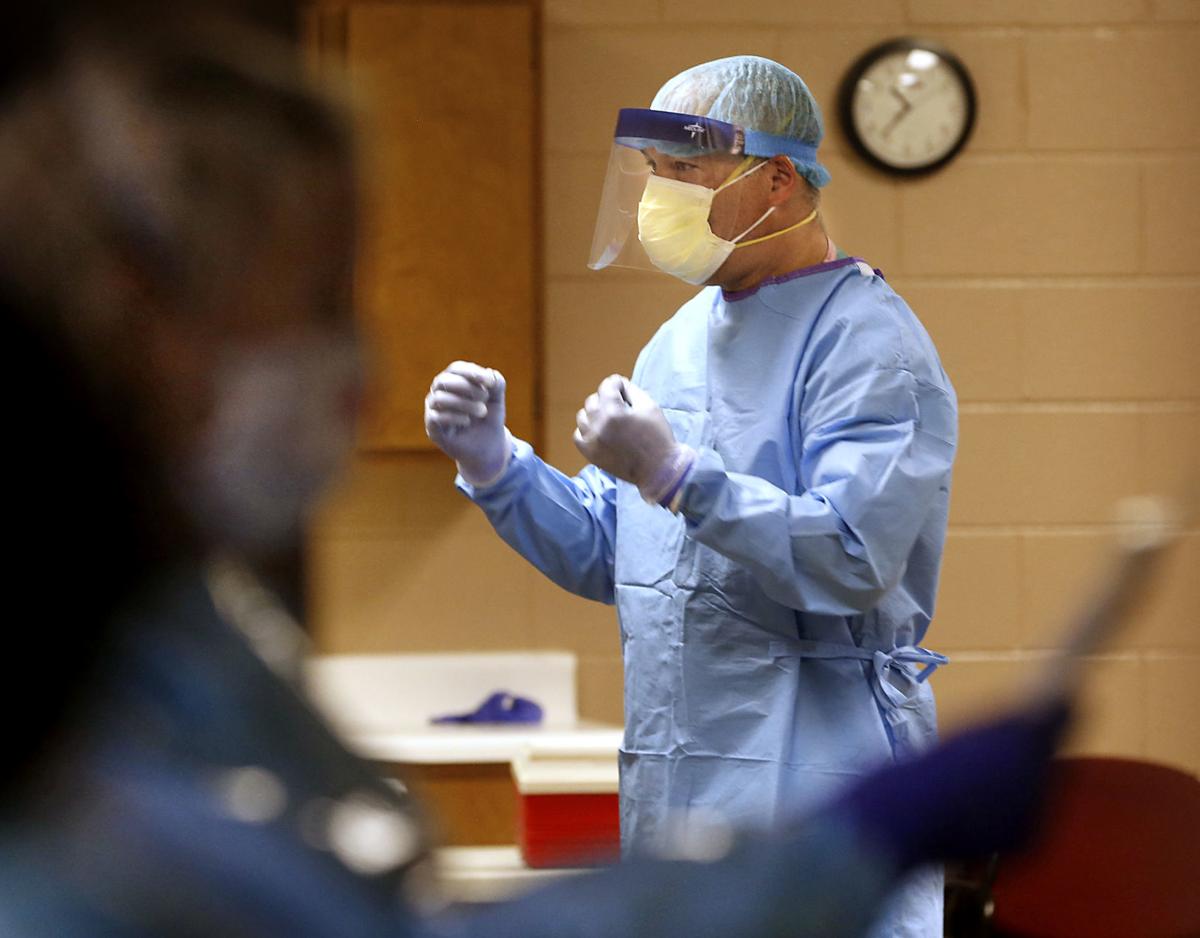 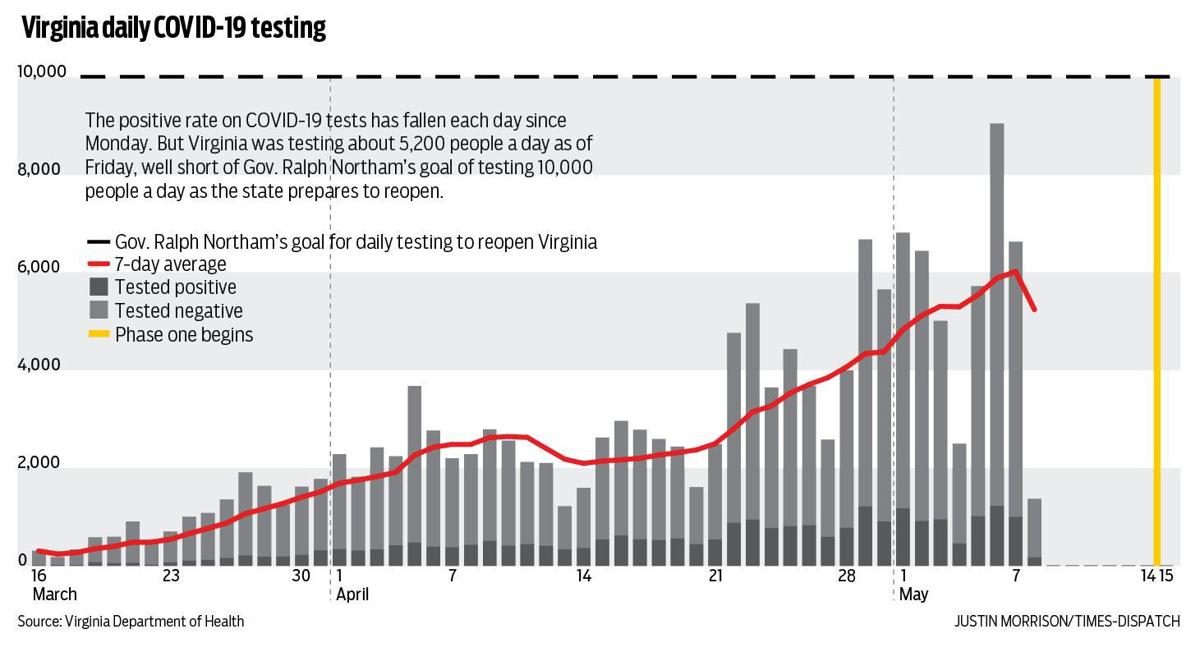 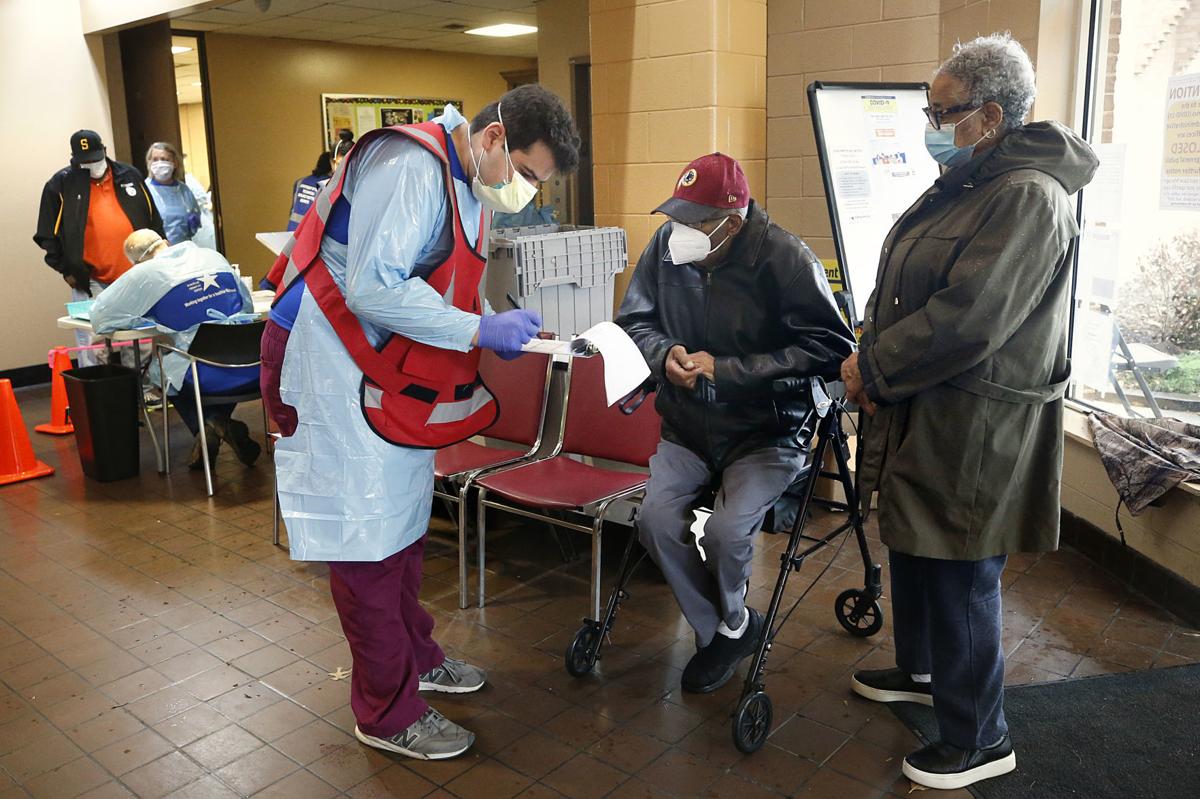 This past week, a volunteer with the Virginia Medical Reserve Corps helped two people after they arrived to get tested for COVID-19 at the Calhoun Family Investment Center in Richmond. 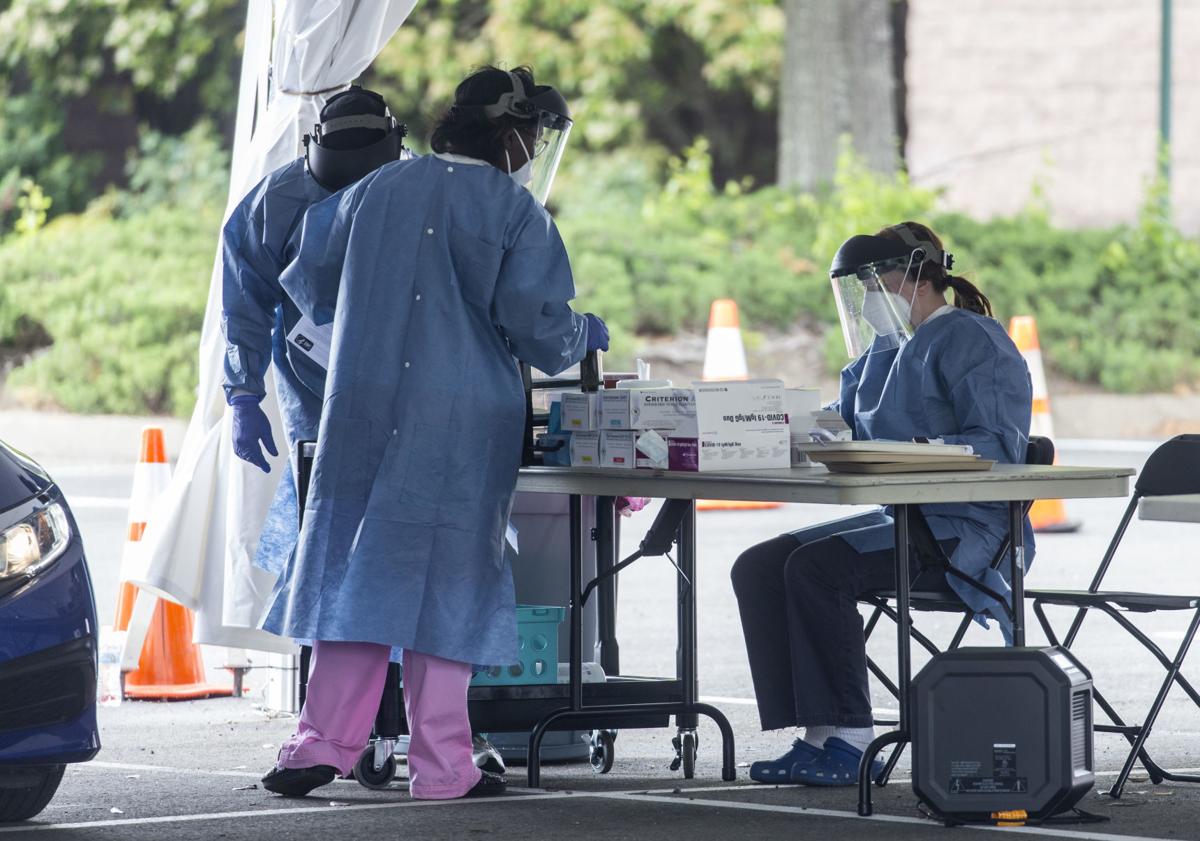 Virginia will slowly begin to reopen on Friday, as state leaders tout metrics suggesting the spread of the virus here has slowed. But testing numbers still haven’t met many of the key goals laid out by public health experts, federal officials and the state’s own leaders.

Virginia’s hospitals are no longer reporting supply shortages, demand for hospital beds remains below the state’s capacity and the number of people in intensive care for COVID-19 has remained flat, data from the Virginia Department of Health shows.

Still, public health experts reached by The Times-Dispatch said that testing capacity is the key to safely lifting the social and business restrictions that have kept cases from overrunning the state’s hospitals.

Virginia remains far from Gov. Ralph Northam’s goal of 10,000 tests per day and is not meeting the testing goals laid out by leading health researchers. The state’s already low testing numbers are inflated by unreliable antibody testing. And the state’s contact tracing workforce remains below national standards and the state’s own goal.

“The restrictions were a pause button. The virus is still out there,” said Jennifer Nuzzo, an epidemiologist and pandemic planning expert at Johns Hopkins University. Nuzzo said that if restrictions are lifted and social interactions resume, states need to have strong testing and contact tracing programs to contain new cases from becoming outbreaks.

“We have to do those measures, which will require even more expanded testing. Unless we’re able to do that in the next phase, we will see case numbers go back up,” Nuzzo said. “We could go back to the point where we were before this started.”

Testing in Virginia remains far below Northam’s own goal of 10,000 tests per day, with the latest weekly average at about 5,200 tests a day. On Wednesday, officials reported a peak of more than 9,000 tests, but the daily figures vary widely. Two days prior, the state reported just 2,500 tests.

A more conservative goal laid out by federal officials and researchers at Harvard University suggests states should test 2% of their populations every 30-day period. Virginia has tested about 1.4% of its population in the last month.

Leading researchers agree that a low number of positive cases among all tests performed — roughly 10% — would show that the state is testing most people who are likely sick with COVID-19 along with a sizable sampling of the general public.

The positive rate here, while steadily declining as test numbers rise, is at 16% over the last week. But the real number is likely higher.

The VDH confirmed Friday that the state’s rising test numbers — touted by the Northam administration as a sign of progress — include the results of antibody testing.

As those tests inch their way into the market, Virginia’s own health officials have said that commercial antibody tests have not been vetted by federal regulators and are not yet reliable sources of data.

The state does not know how many unreliable tests are among those in its count. A VDH spokeswoman said the agency was working to “disaggregate them from the other test results.”

Like elsewhere in the country, Virginia has been home to heated political debate about how and when to lift the restrictions meant to slow the spread of COVID-19. A movement to reopen the state has yielded several protests on the outskirts of Capitol Square. The sound of honking from protesters has served as an occasional backdrop to news briefings on the pandemic.

For Northam and other state leaders, there’s risk in every decision as they weigh the crippling impact restrictions have on the economy against the possibility of opening too soon and triggering a spike in cases and deaths.

In laying out his vision for the state’s reopening, Northam said Virginia has a growing supply of personal protective equipment, hospital capacity is adequate, testing is going up, and the rate of positive test results is declining.

The first phase will be tempered. Social distancing restrictions will largely remain in place; restaurants will be closed to indoor dining, and gyms will stay closed.

But the state will no longer be under a “stay-at-home” order, and retail businesses can open to 50% capacity, meaning that dozens or hundreds of shoppers could potentially crowd a store at once. Wearing a mask and staying 6 feet apart is recommended, but not mandated.

Phase one is expected to last two to four weeks, Northam said. Albeit slowly, the barriers that have so far kept COVID-19 from overwhelming the state’s hospitals are coming down.

Despite an April dip, testing in Virginia has seen sustained increases in recent weeks, rising from about 2,200 a day on April 17 to about 5,000 a day as of Friday.

Without a vaccine, widely available treatment or a reliable understanding of immunity for survivors, widespread testing remains the only way to contain an otherwise untamable virus.

“Testing is everything,” said Erin Sorrell, a virologist and public health expert at Georgetown University. “It is absolutely critical when considering reopening.”

Sorrell agreed with a figure published by Harvard, which suggests that the country and states should be testing 2% of their populations within a 30-day period to have an adequate sampling.

Officials with the U.S. Department of Health and Human Services have cited the same figure as a suggestion to states, according to The Associated Press.

“If you’re able to test 2% in that time frame, you’ll have a better indication of spread and where outbreaks are happening,” Sorrell said.

In Virginia, roughly 1.4% of the state’s population was tested for COVID-19 in the past 30 days.

To reach 2%, Virginia will need to test roughly 170,000 people every month — more than the 150,000 tests it has reported since COVID-19 appeared in Virginia in early March.

The 2% goal averages out to about 5,700 tests per day — a benchmark the state exceeded four days last week.

The Northam administration has laid out a more ambitious goal of 10,000 tests a day, though it’s unclear how the administration arrived at that figure. (Nearby Maryland, which has 2.5 million fewer residents than Virginia, adopted the 10,000 daily test goal a week before Virginia did.)

Virginia remains behind other states in testing, a trend that has held since mid-April, when testing lagged at around 2,000 people per day. Other states rushed ahead, contracting with testing companies in Virginia to do so.

Virginia has not been able to catch up, ranking near the bottom in number of tests per 100,000 residents, ahead of only Puerto Rico and South Carolina, according to an analysis by Johns Hopkins University updated Friday.

Beyond the sheer number of tests, the positive rate of cases here shows the state is not sampling a valid share of the population.

“The fear that I have is that with a rate of positivity so high, they are missing many cases and their view of how much illness is in the state is not accurate because they haven’t tested as much as they need to,” said Nuzzo, the public health expert with Johns Hopkins.

Nuzzo said she is troubled by states like Virginia that are lumping together antibody tests with more closely regulated diagnostic tests. She said the mixing of the two types of tests yields a murkier picture of the spread of COVID-19.

Antibodies are proteins that help fight off infections, and their presence in a person’s bloodstream can signal a previous infection such as COVID-19. Public health experts hope these types of tests will eventually help separate a population that may be immune to the virus from those still at risk.

The U.S. Food and Drug Administration is currently reviewing the validity of over a dozen commercial antibody tests in the market after an evaluation by the National Institutes of Health found that “a concerning number” of the tests yielded poor results.

Aside from regulatory oversight, Nuzzo said it’s hard to understand who is accessing these tests, which likely carry higher costs than approved diagnostic tests.

“I don’t care what the results of antibody testing are. They should be reported separately,” Nuzzo said. “It is a totally different type of test, and it’s not clear what the validity of those tests is.”

Virginia’s own lab director, Denise Toney, said she remains wary of the test and is awaiting further federal guidance before the state contracts with any antibody testing providers.

Em Stephens, a state epidemiologist working on the team analyzing COVID-19 trends, said Virginia health officials are internally working to test 2% of the population in May and eventually reach a 10% positive rate.

“That is the goal,” Stephens said. “We are not doing enough testing right now. Hopefully it’s clear that we are ramping up. ... Once we expand testing capacity, we can start looking in places where we are less likely to find it.

Karen Remley, Northam’s choice to lead a testing task force to troubleshoot the state’s testing woes, said her team is working hard to boost the number of people tested in Virginia.

Remley said the state has enough capacity to test 10,000 people per day, but is still working to connect doctors and people with mild illness to testing providers.

“We’re slowly but surely moving our way up that curve to 10,000,” Remley told reporters Friday. “My hope is that by the end of next week, that’ll be a consistent number that we will be able to reach.”

Virginia’s contact tracing workforce remains understaffed with less than a week to go before the phased reopening.

Virginia officials said publicly Wednesday that they weren’t sure how many tracers were employed by the state’s health districts, even as they pledged to hire 1,000 more workers.

On Friday, Northam said the state currently employs 325 tracers — far below the 1,275 workers Virginia would need under “normal times,” according to NACCHO, and even further from the 2,550 workers they recommend now.

How Virginia’s governor and public health officials will reconcile their targeted reopening day with any shortages in testing and contact tracers, should they persist four days from now, remains to be seen.

“We will move forward cautiously, with science, data and safety as our criteria,” Northam told reporters Friday.

Northam: If COVID-19 cases surge, restrictions will be reenacted

Northam: If COVID-19 cases surge, restrictions will be reenacted

Northam: Phase One will last a minimum of two weeks but, "may last longer"

Northam: Phase One will last a minimum of two weeks but, "may last longer"

Northam: Places of worship, hair salons, get limited openings in Phase One

Northam: Places of worship, hair salons, get limited openings in Phase One

Phase One of reopening Virginia: salons and patios can open; dining rooms and gyms cannot

Phase One of reopening Virginia: salons and patios can open; dining rooms and gyms cannot

Richmond will not start easing COVID-19 restrictions on Friday like most of Virginia after Gov. Ralph Northam granted Mayor Levar Stoney’s req…

This past week, a volunteer with the Virginia Medical Reserve Corps helped two people after they arrived to get tested for COVID-19 at the Calhoun Family Investment Center in Richmond. 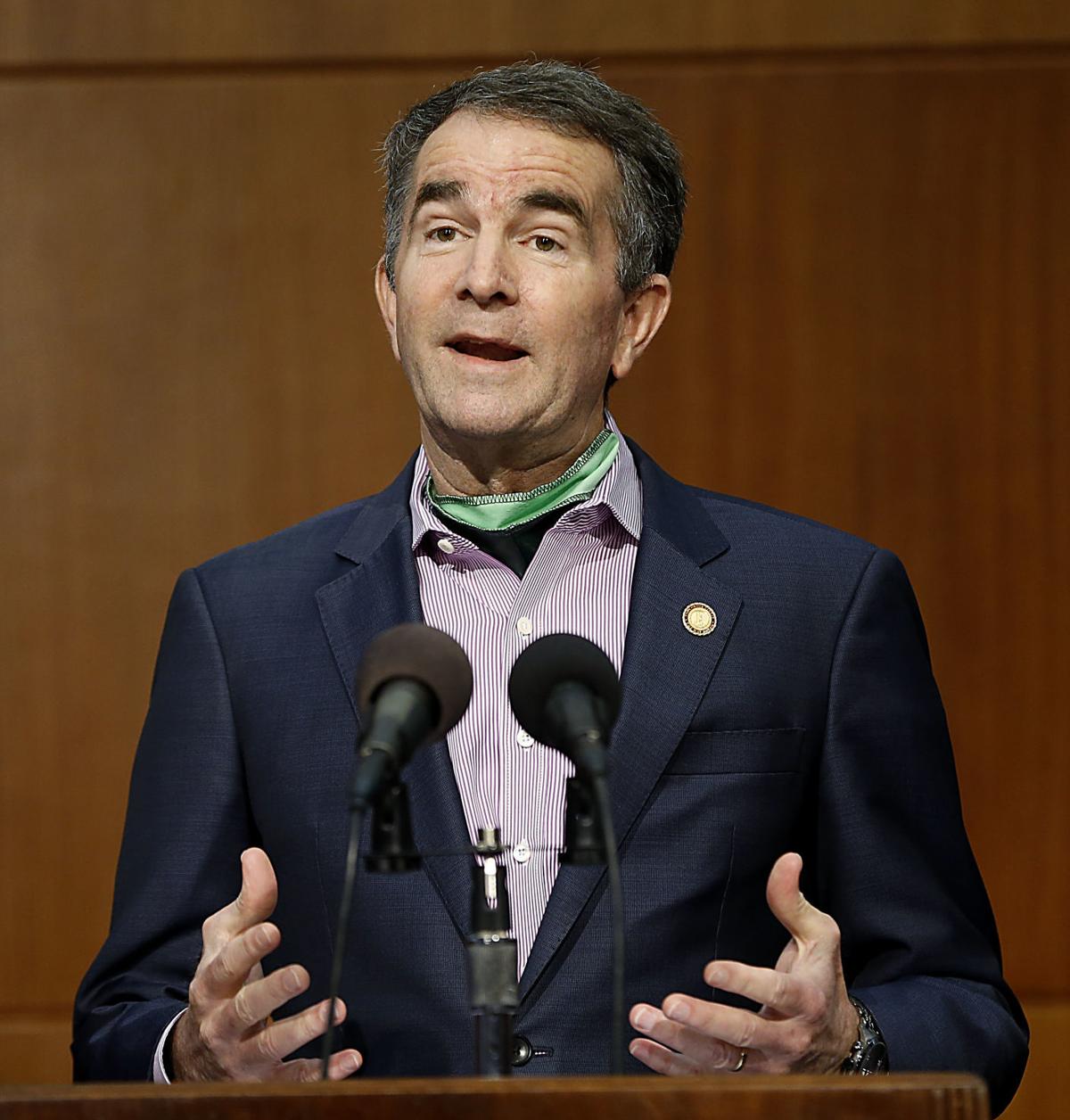 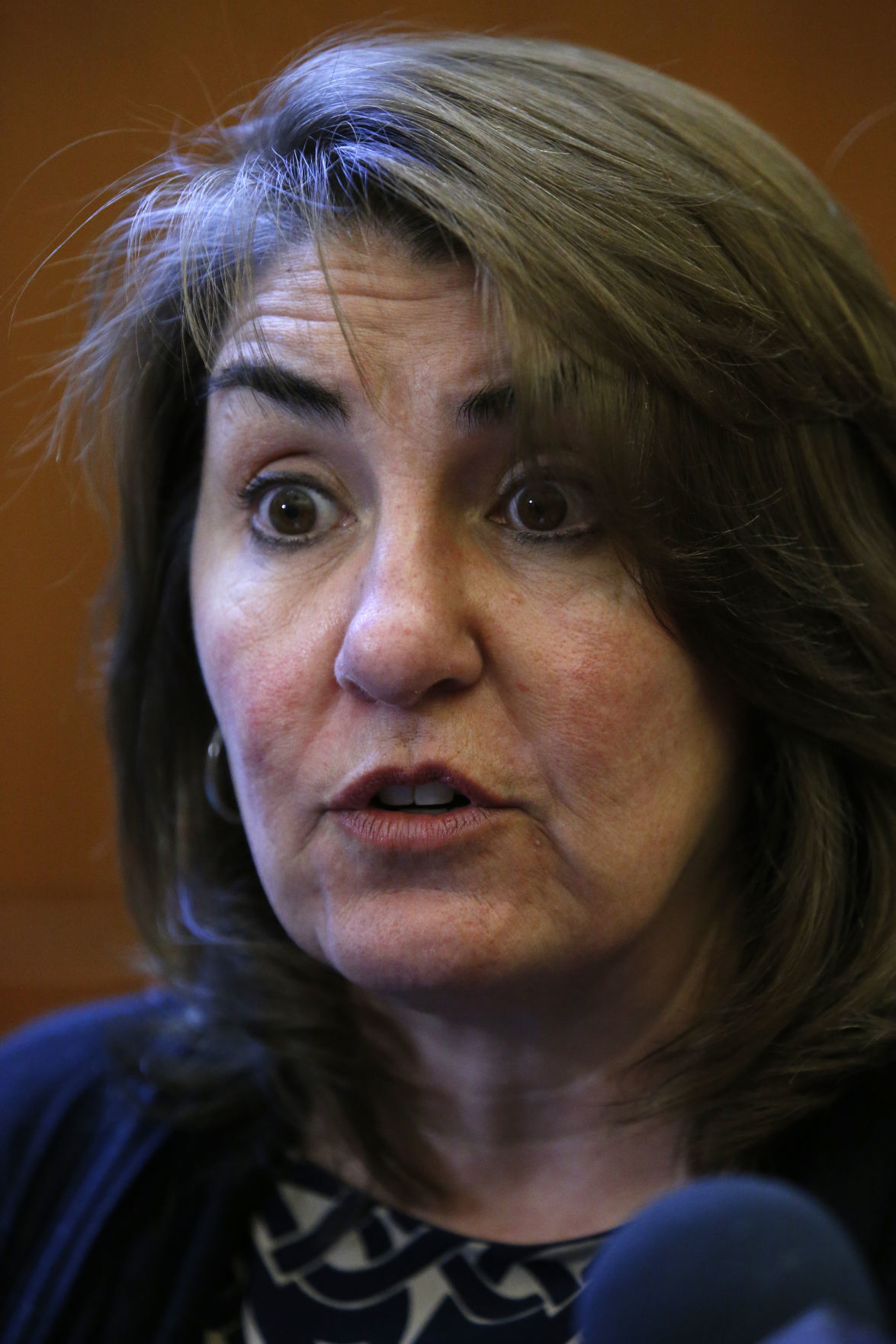