NEW YORK — Willie Mays will add some hits to his record, Monte Irvin's big league batting average should climb over .300, and Satchel Paige may add nearly 150 victories to his total.

Josh Gibson, the greatest of all Negro League sluggers, might just wind up with a major league record, too.

The statistics and records of greats like Gibson, Paige and roughly 3,400 other players are set to join Major League Baseball's books after MLB announced Wednesday it is reclassifying the Negro Leagues as a major league.

MLB said Wednesday it was "correcting a longtime oversight in the game's history" by elevating the Negro Leagues on the centennial of its founding. The Negro Leagues consisted of seven leagues, and MLB will include records from those circuits between 1920-48. The Negro Leagues began to dissolve one year after Jackie Robinson became MLB's first Black player with the Brooklyn Dodgers in 1947.

Those leagues were excluded in 1969 when the Special Committee on Baseball Records identified six official "major leagues" dating to 1876.

The league will work with the Elias Sports Bureau to review Negro Leagues statistics and records and figure out how to incorporate them into MLB's history. There was no standard method of record keeping for the Negro Leagues, but there are enough box scores to stitch together some of its statistical past.

For instance, Mays could be credited with 16 hits from his 1948 season with the Alabama Black Barons. Irvin, a teammate of Mays' with the New York Giants, could see his career average climb from .293 to .304 if numbers listed at Baseball-Reference from his nine Negro League seasons are accurate. And Paige, who currently is credited with 28 major league wins, should add at least 146 to his total.

While some have estimated Gibson slugged over 800 homers during 16 Negro League seasons, it's unlikely that enough records exist for him to officially pass Barry Bonds for the career record at 762.

Depending on what Elias and MLB rule, though, Gibson could wind up with another notable record. His .441 batting average in 1943 would be the best season mark ever, edging Hugh Duffy's .440 from 1894. Gibson's line came in fewer than 80 games, however, far short of the modern standard of 162.

MLB said it considered input from the National Baseball Hall of Fame and Museum, the Negro League Researchers and Authors Group and studies by other baseball authors and researchers.

"All of us who love baseball have long known that the Negro Leagues produced many of our game's best players, innovations and triumphs against a backdrop of injustice," Commissioner Rob Manfred said in a statement. "We are now grateful to count the players of the Negro Leagues where they belong: as Major Leaguers within the official historical record."

The year in photos: The top sports images of 2020

The Padres were the only active MLB franchise without a no-hitter, and it came in their 8,206th regular season game.

Not quite 'Your 2021 Washington Nationals!' finally playing

WASHINGTON — As the Washington Nationals, and their opponents, the Atlanta Braves, lined up for pregame introductions Tuesday, they stood near…

A look at what’s happening around the majors today:

Santander hoses Urshela for last out, O's beat Yanks in 11

NEW YORK (AP) — Anthony Santander delivered a dart from right field, a game-saver to home plate for the Orioles.

Dodgers' Roberts thinks Bauer being 'singled out' by umps

LOS ANGELES (AP) — Dodgers manager Dave Roberts said he believes right-hander Trevor Bauer is being “singled out” by Major League Baseball after umpires in Oakland collected several baseballs he threw in his last start, apparently to examine for foreign substances.

Yankees' Judge out vs. O's with sore side after big game

NEW YORK (AP) — Yankees slugger Aaron Judge was held out of New York's lineup Wednesday night with soreness in his left side.

HOUSTON (AP) — Detroit Tigers manager A.J. Hinch reflected on the Houston Astros sign-stealing scandal that cost him his job as the team’s manager in his return to Houston on Monday, saying it put a “cloud over the sport.”

Orioles to start Harvey in home opener against Boston 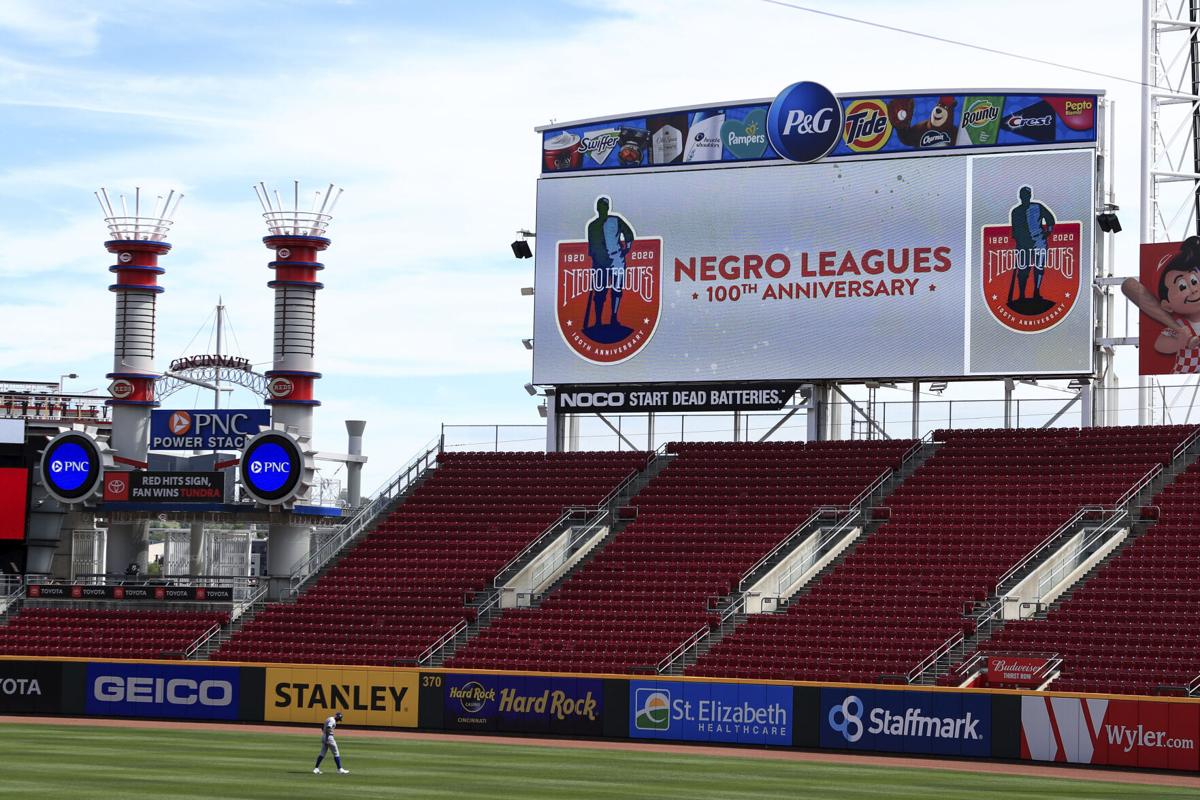 A videoboard pays tribute to the Negro Leagues' 100th anniversary between innings during a baseball game between the Chicago Cubs and the Cincinnati Reds in Cincinnati on Aug. 30, 2020. 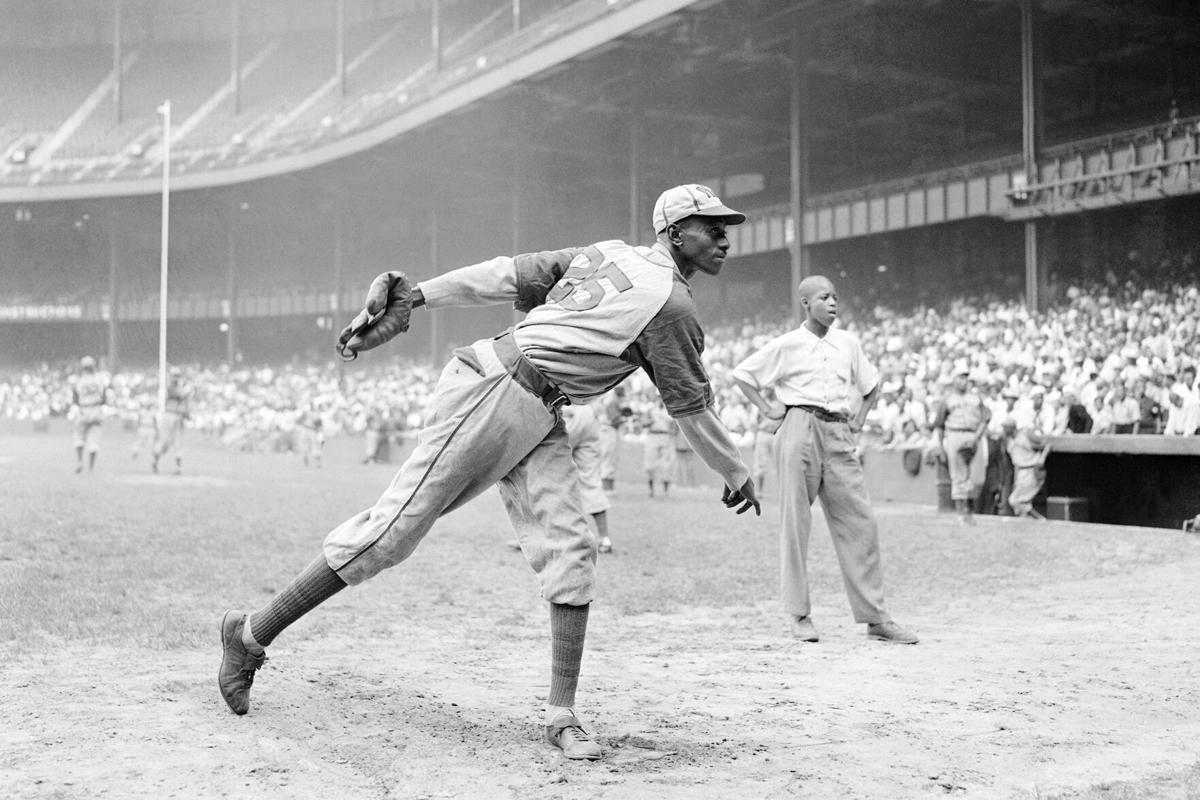 In this Aug. 2, 1942, file photo, Kansas City Monarchs pitcher Leroy Satchel Paige warms up at New York's Yankee Stadium before a Negro League game between the Monarchs and the New York Cuban Stars.