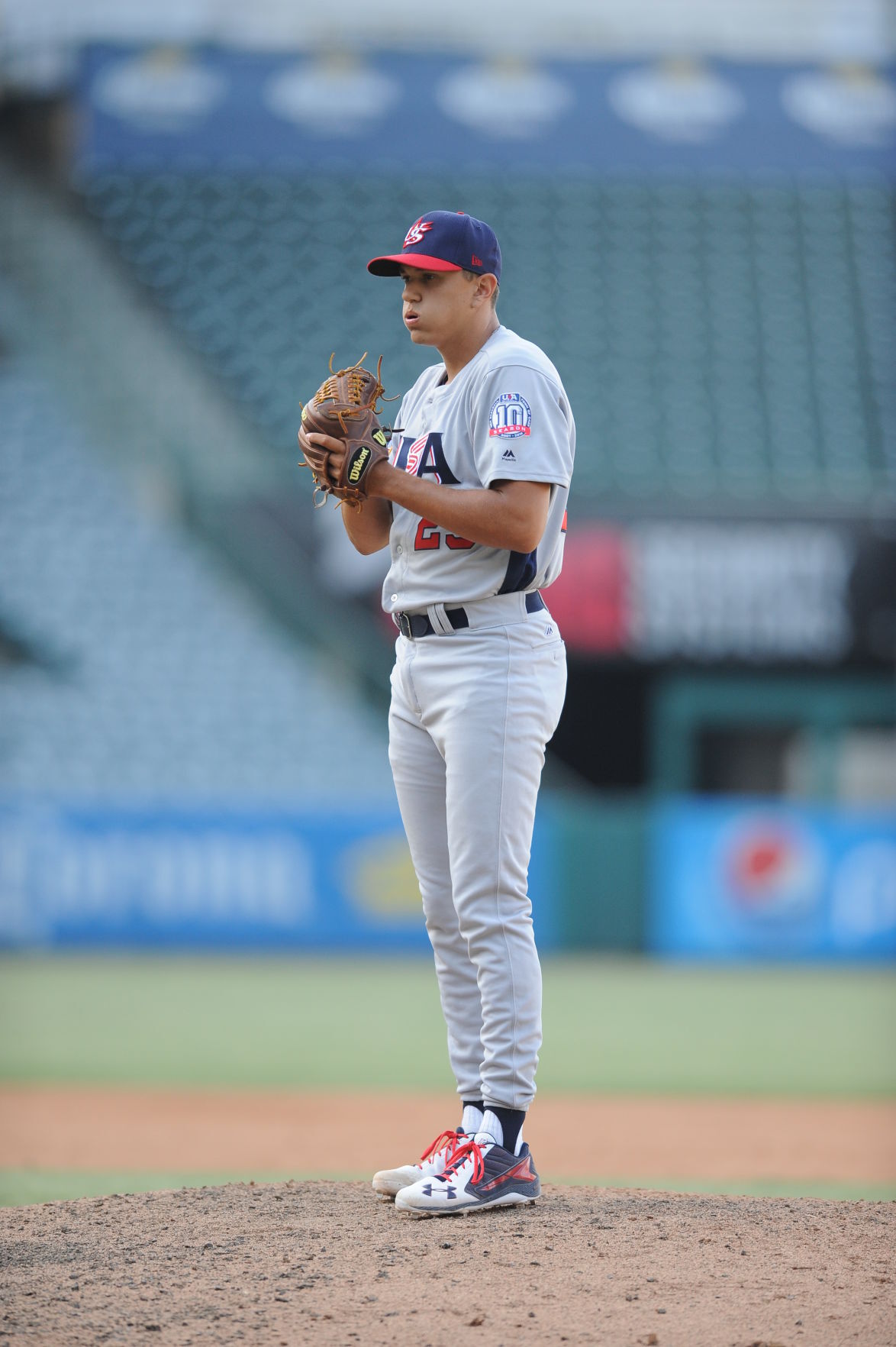 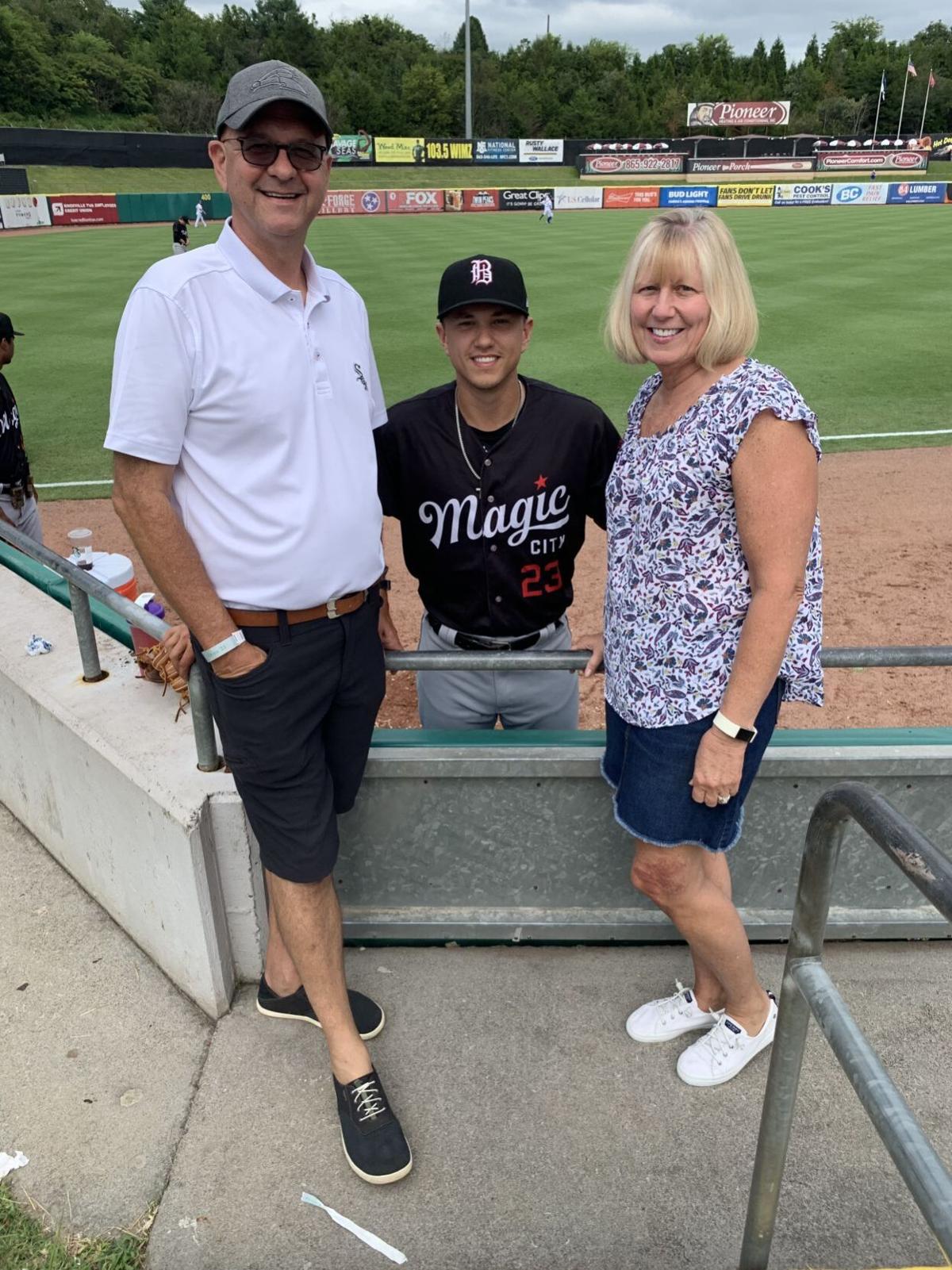 Tyler Johnson poses for a photo with his parents Walt (left) and Ashley (right) while with Double-A Birmingham. 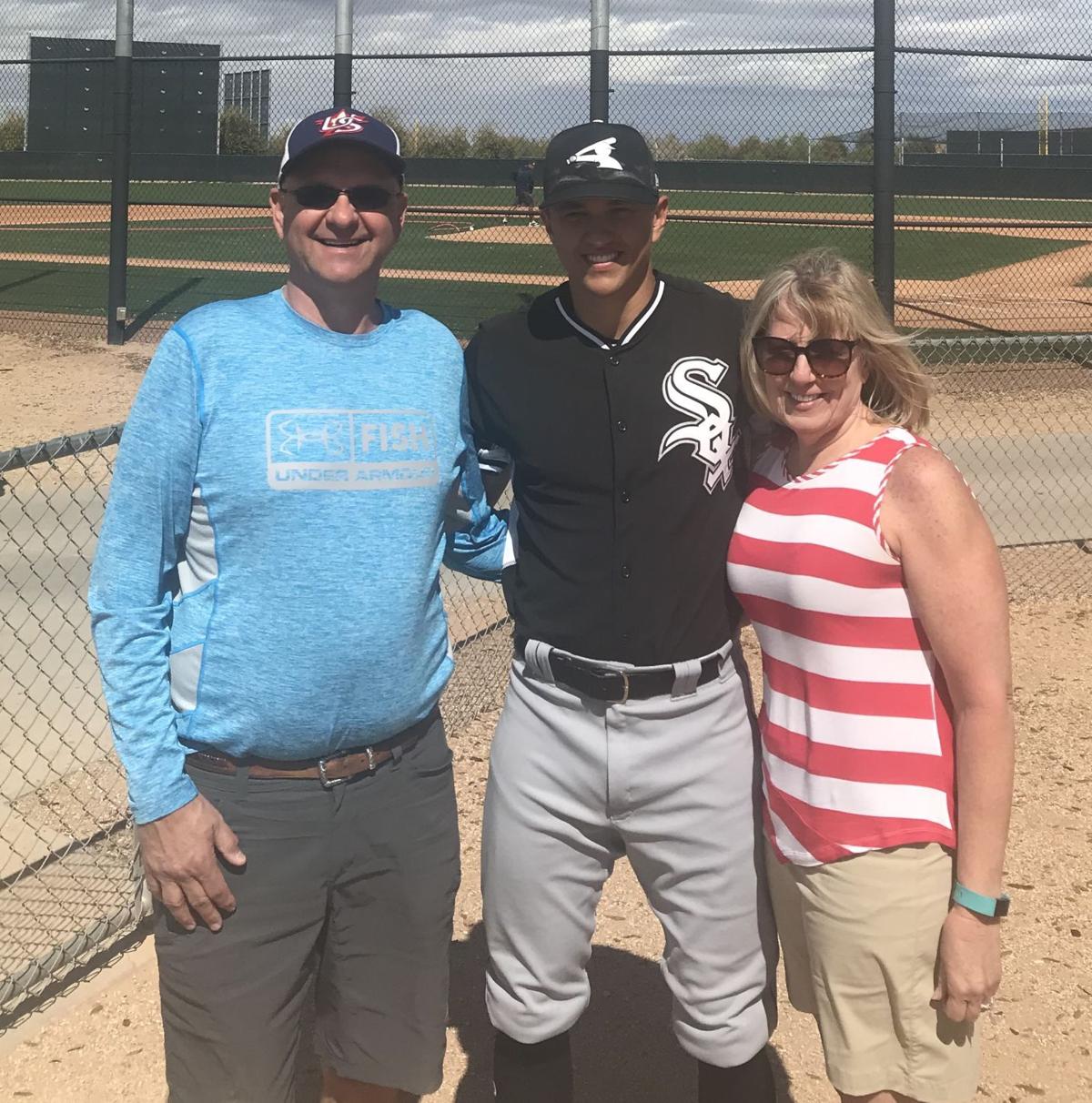 Tyler Johnson poses for a photo with his parents Walt (left) and Ashley (right) at White Sox spring training.

Johnson participated in the White Sox spring training and summer camp this year and during the regular season trained at the club’s alternate site in Chicago, where top minor leaguers were kept on standby for a potential call-up. Minor League Baseball did not have a 2020 season because of the pandemic.

A fifth-round selection in the 2017 draft out of South Carolina, Johnson already knew he was on the big league club’s radar. But he did not know the announcement was coming.

“In baseball you can never chalk things up to being a done deal,” Johnson said. “It was definitely a good step forward, and a good feeling having the trust of your organization behind you.”

Though casual baseball fans might not think of Nov. 20 as an important day on the sport’s calendar, it’s one of the biggest for young players — all 30 teams had until 6 p.m. to fill out their 40-man rosters.

An assortment of benefits come with being named to the 40-man roster: Players automatically become members of the MLB Players Association and receive the same benefits as every other major leaguer; they receive a boost in salary; and they’re automatically invited to big league camp.

But perhaps most importantly, the move generally signals a player is on the precipice of making his MLB debut — players cannot be called up to the majors until they are placed on the 40-man roster. In a normal season, major league rosters are cut to 26 players at the end of spring training.

The move is an indication that Johnson has a legitimate shot at making his MLB debut in 2021. And that chance is becoming more meaningful as Johnson’s career progresses — after three seasons of minor league ball, not including 2020, he said there is a “sense of urgency” and he’s eager to “break that barrier” of taking the mound in a major league game.

The step also was a valued sign of progress for his parents, Walt and Ashley, who still live in Midlothian.

“Between me and my parents, it meant a lot. ... For them, they’re super proud,” said Johnson, describing his progression as a “joy ride” for his parents.

“We want to keep our head to the grindstone, but sometimes you can step back and take a breath and admire everything that’s gone on.”

Johnson said he’s never had standout physical attributes. So he values his parents’ willingness to invest in his future through the arduous process of making his way up baseball’s talent pipeline.

“My dad had always been very open into investing into what I’m trying to do. And my mom as well. So I feed off that and I try to invest in myself and get myself into a position where I can do something special, just as an ordinary kid,” Johnson said. “The investment and the consistency that they always gave me and shared with me is the reason why I am where I am.”

Johnson, like so many amid the pandemic, has experienced more separation from his family than ever before. He’s living in Arizona and hasn’t been back to Virginia to see his parents in nearly a year. They keep in touch through a group chat and had a Zoom meeting for his grandfather’s birthday. But that is a far cry from normalcy in the minors and at South Carolina, when Johnson’s family came to many of his games.

“With everything that’s been going on, it gets a little mentally wearing on you,” said Johnson, adding that the pandemic has made the past eight months or so feel like 10 years. “But I know I’m not the only one that’s been in that situation, it’s just something that we’ve got to get through.”

Johnson said he’s blessed to have a girlfriend and young dog named Gatsby to keep him company.

They’ll have Thanksgiving together and look forward to a new year in which the big league dream feels closer than ever before.

The Padres were the only active MLB franchise without a no-hitter, and it came in their 8,206th regular season game.

HOUSTON (AP) — Detroit Tigers manager A.J. Hinch reflected on the Houston Astros sign-stealing scandal that cost him his job as the team’s manager in his return to Houston on Monday, saying it put a “cloud over the sport.”

Dodgers' Roberts thinks Bauer being 'singled out' by umps

LOS ANGELES (AP) — Dodgers manager Dave Roberts said he believes right-hander Trevor Bauer is being “singled out” by Major League Baseball after umpires in Oakland collected several baseballs he threw in his last start, apparently to examine for foreign substances.

A look at what’s happening around the majors today:

WASHINGTON (AP) — Josh Bell swung at golf-ball-sized Wiffle balls darting about at what he estimates was 75 to 95 mph. Kyle Schwarber used virtual reality goggles to study major league pitching and took some real-world hacks with the help of a tee and net delivered to his home.

Pivetta scheduled to start for Boston against Baltimore

Tyler Johnson poses for a photo with his parents Walt (left) and Ashley (right) while with Double-A Birmingham.

Tyler Johnson poses for a photo with his parents Walt (left) and Ashley (right) at White Sox spring training. 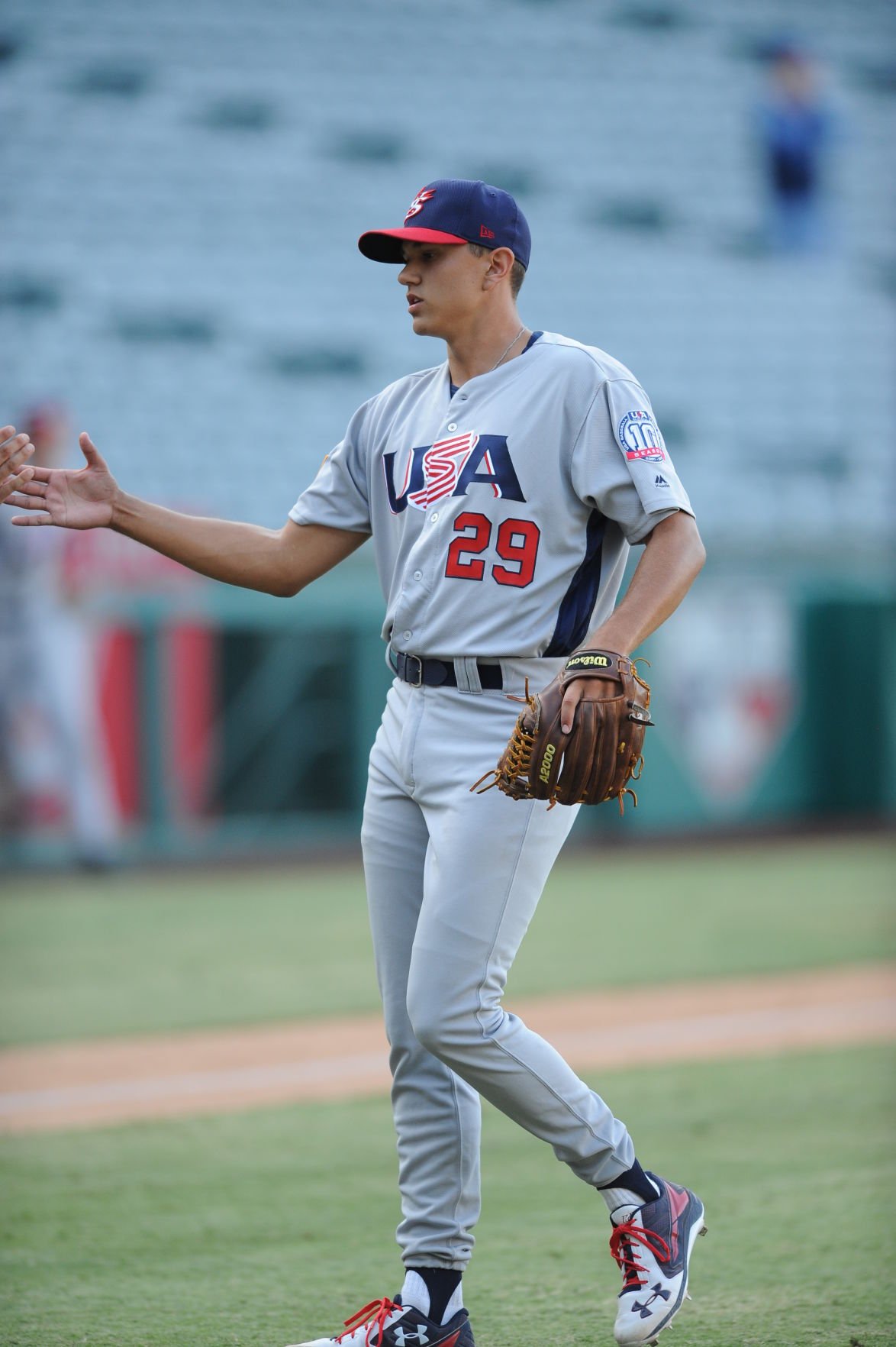