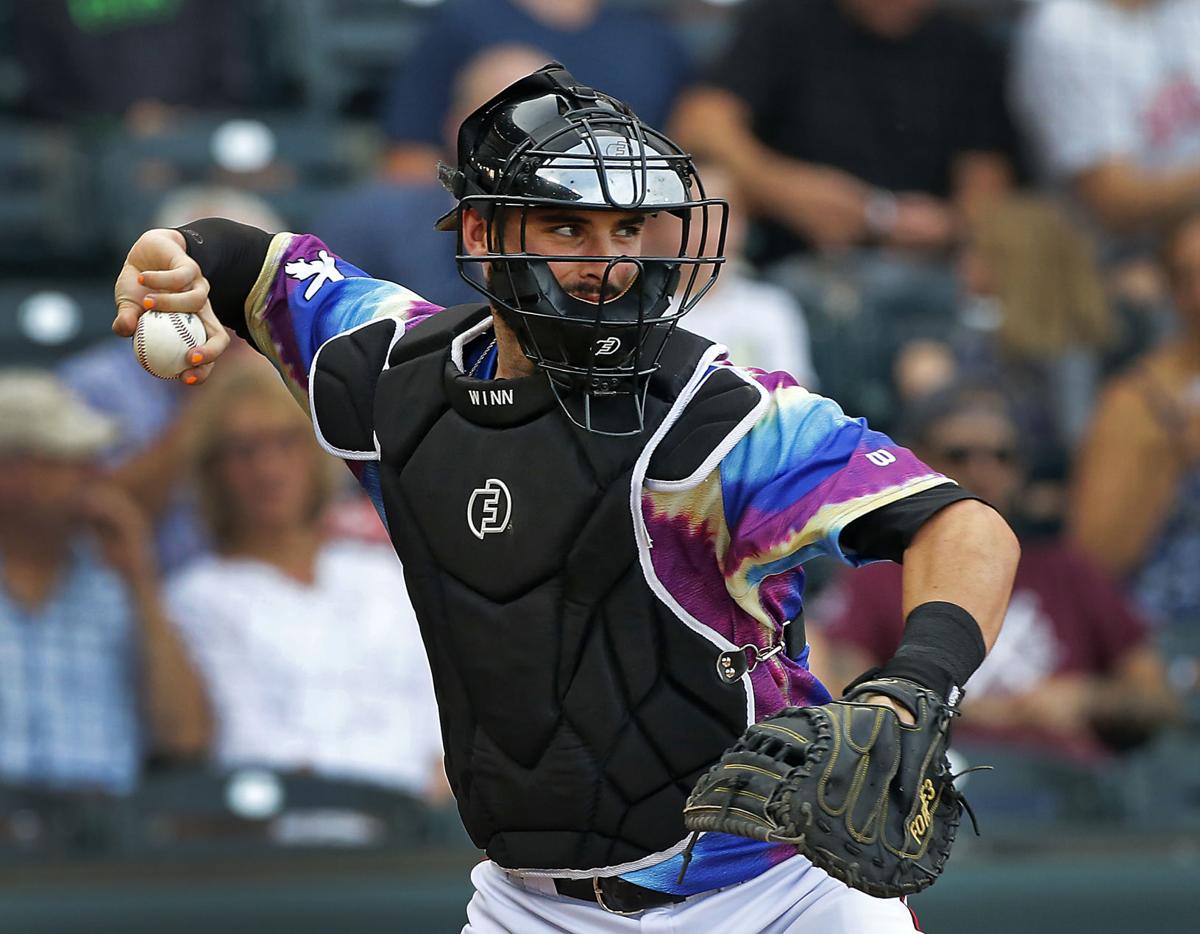 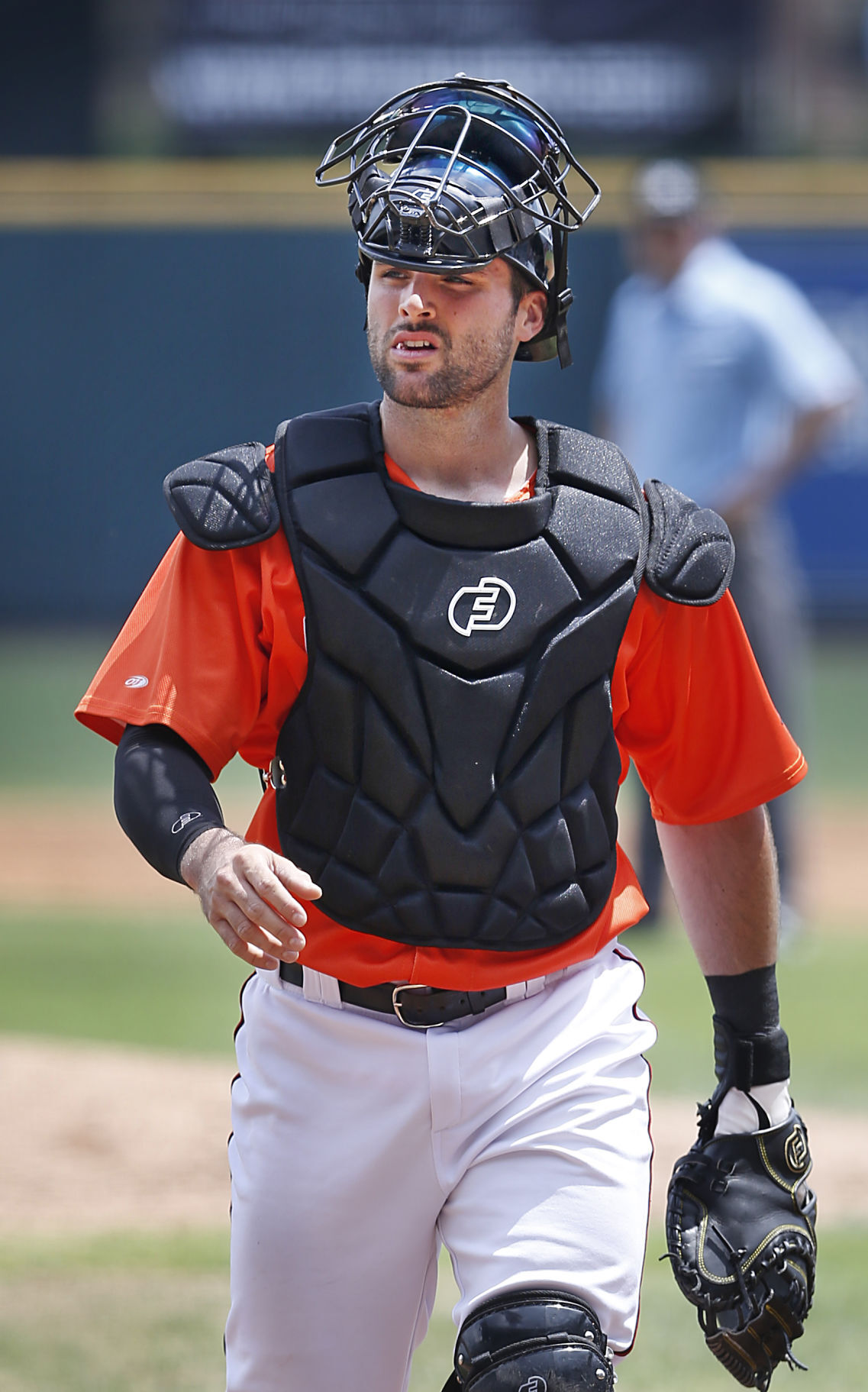 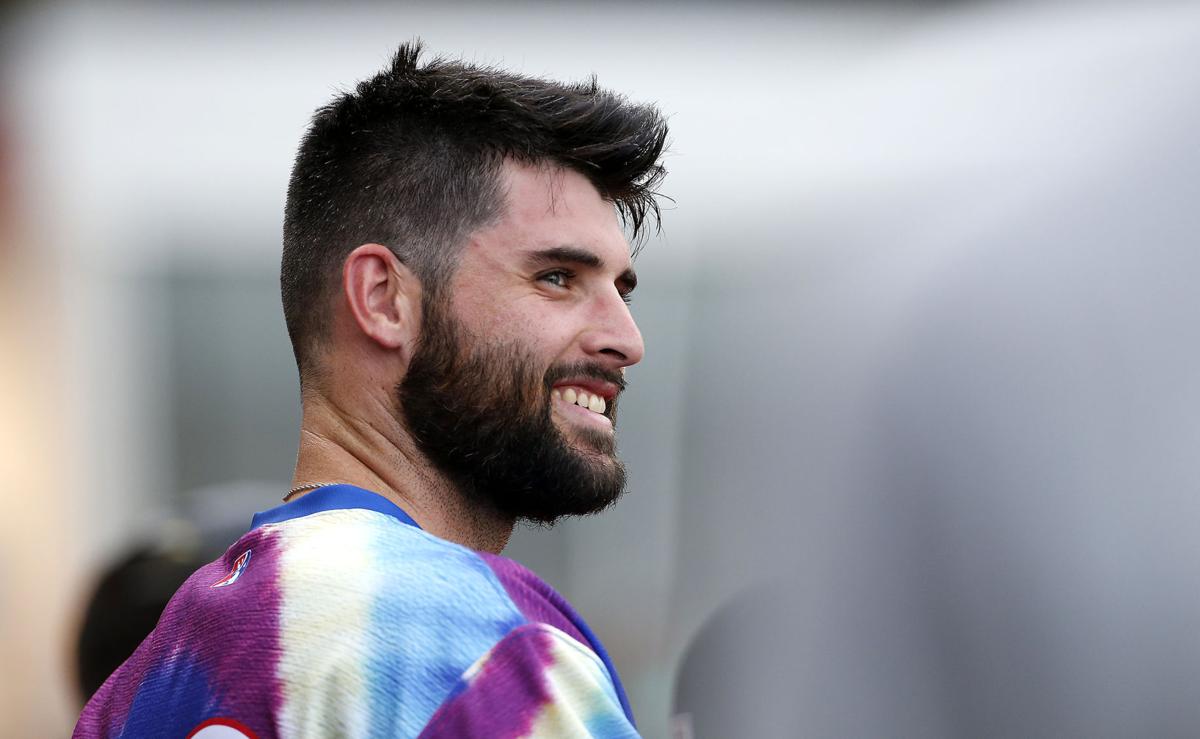 LEFT: Former Flying Squirrels catcher Matt Winn says he wants to be part of a team that helps people, and firefighting fills the requirement. 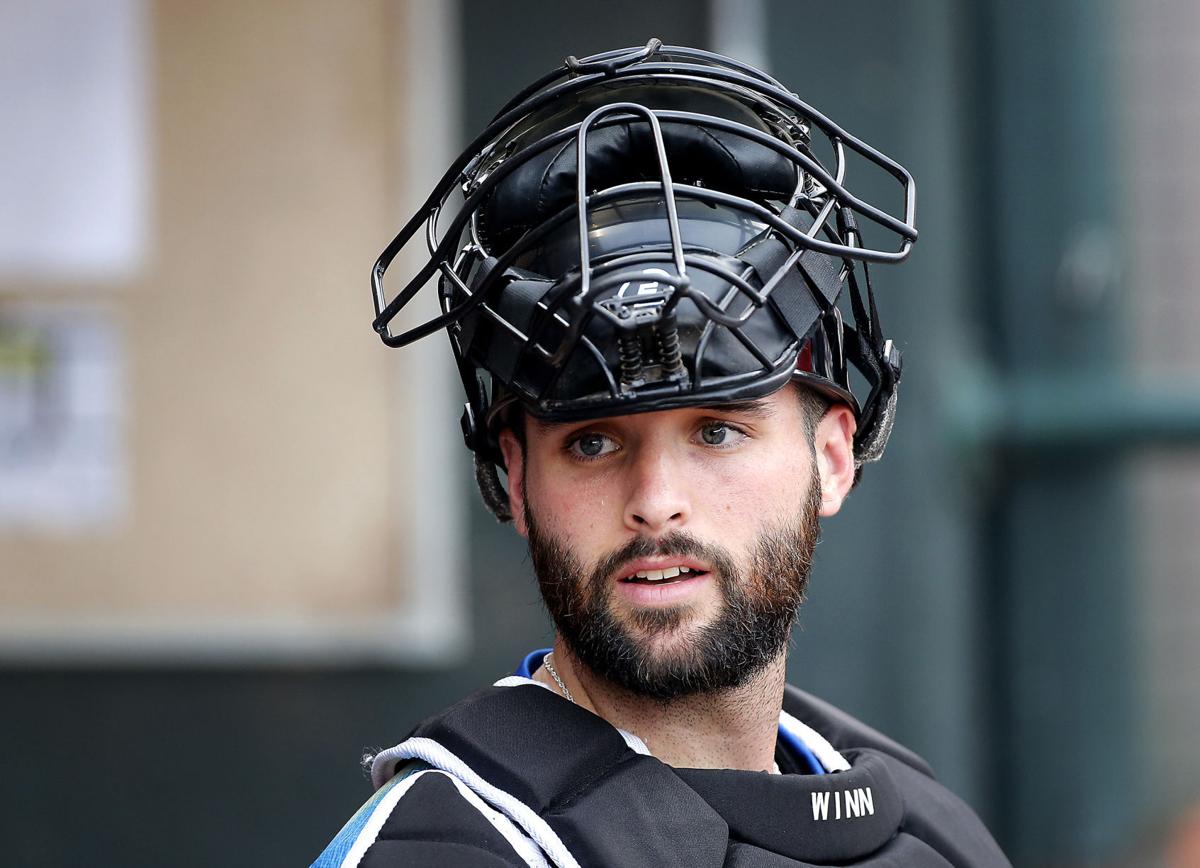 Former Flying Squirrels catcher Matt Winn, a Richmond native, was the 14th-round selection of San Francisco in 2015. He batted .218 with 35 homers and 141 RBIs in five years in the minors. 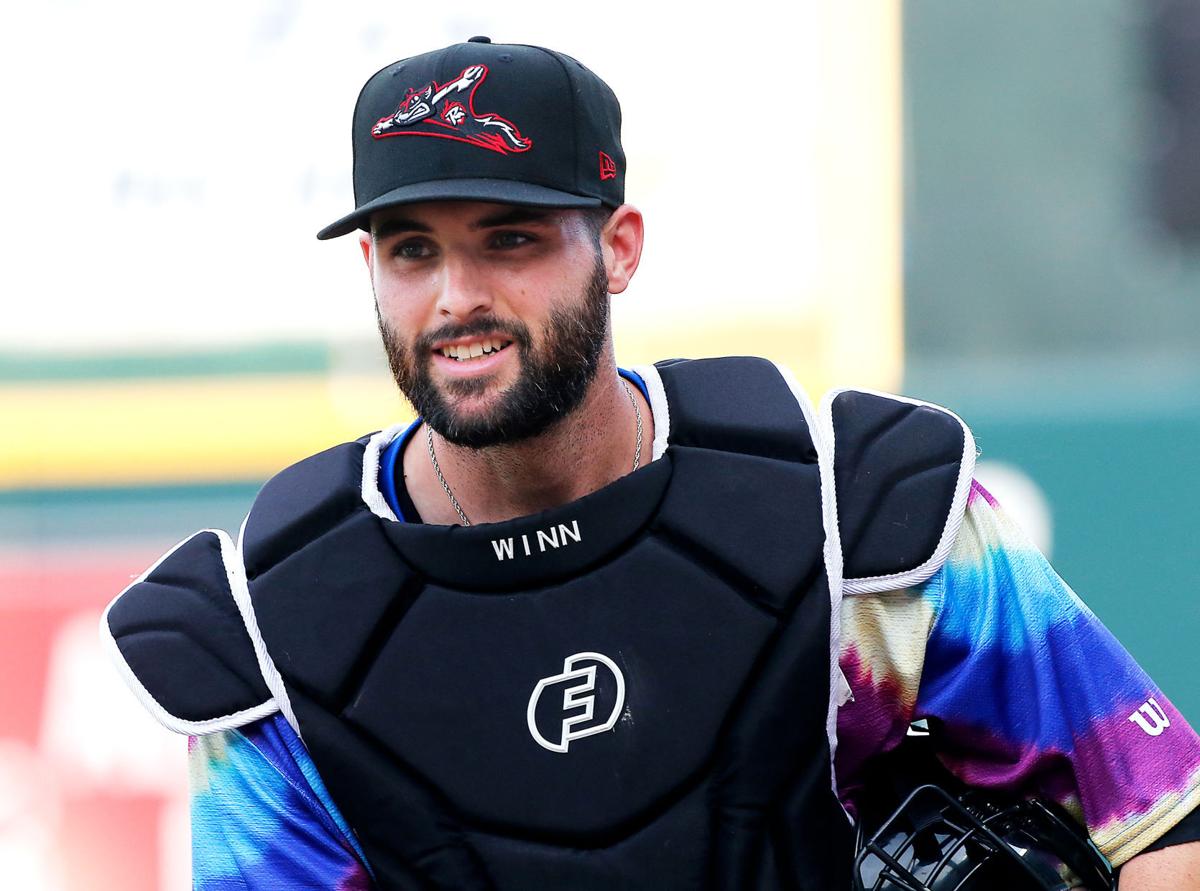 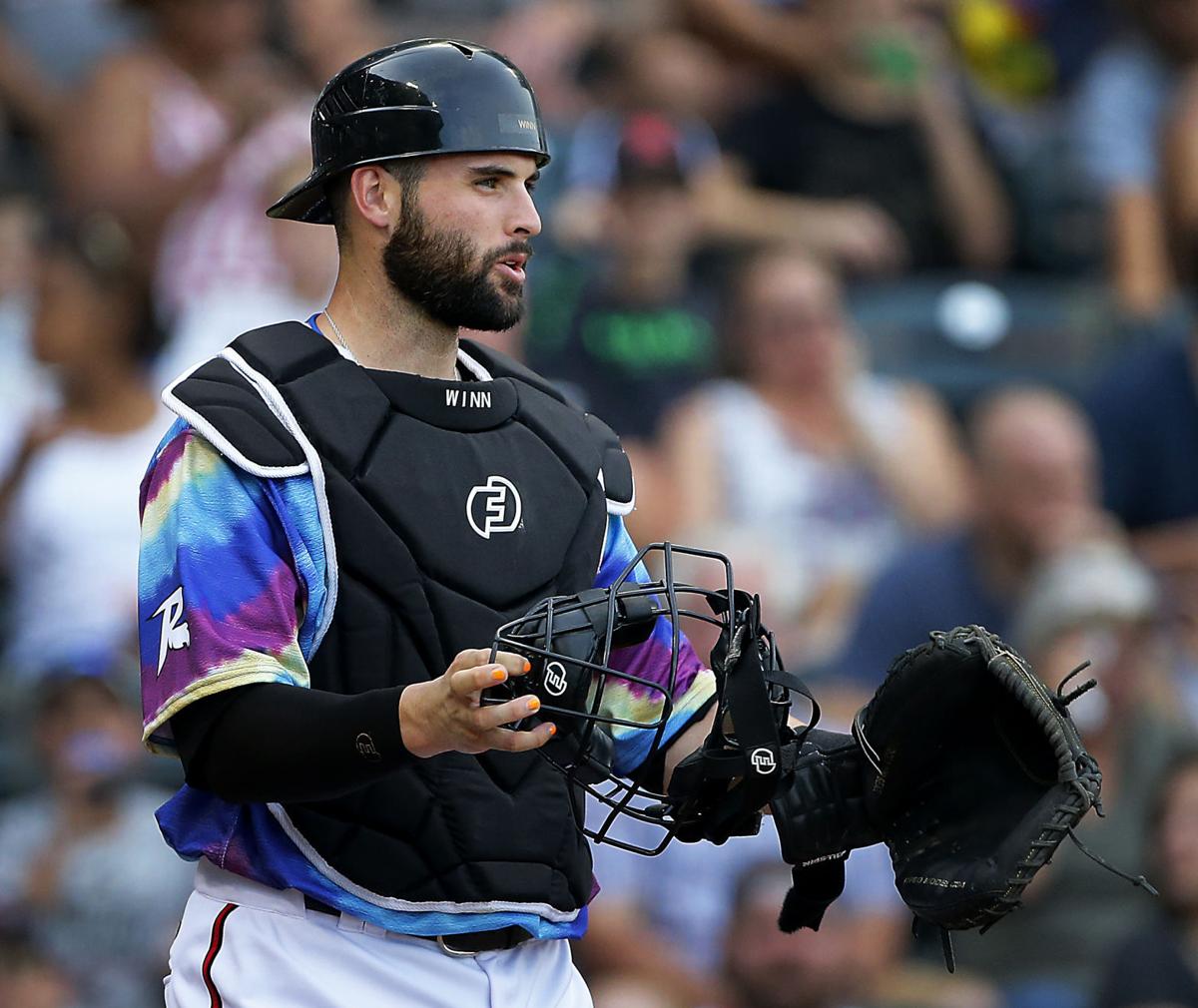 Matt Winn put a four- to five-year time limit on progression to the major leagues.

So after he was released by the San Francisco Giants in late May in what would have been his sixth minor league season, Winn figured the time had come to look into something else.

The former J.R. Tucker High and VMI alumnus is going through the application process to become a firefighter in Chesterfield County.

“I’ve always thought of what life would be after baseball,” said Winn, who has a degree in psychology. “I’ve asked myself, ‘Do I want to be doing sales? Do I want to be doing things by myself, or do I want to be part of a team where we basically are making people’s lives better?’ It’s almost like a no-brainer to me. I’d rather work in a team.”

His work as a catcher, particularly his throwing ability, was a major reason the Giants selected Winn in the 14th round of the 2015 draft. He spent five seasons in the minors, hitting .218 with 35 homers and 141 RBIs in 1,220 at-bats. From 2106 to 2019, he had stops with the Double-A Richmond Flying Squirrels.

Winn, 28, most likely would have been back at The Diamond this year. But with the minor league season halted by the coronavirus pandemic, and Major League Baseball making plans to cut 42 minor league teams, Winn was among hundreds of minor-leaguers who found themselves without a job as organizations pared their ranks.

“I was disappointed, but I kind of had a feeling last year. I didn’t really play that much [90 at-bats with Richmond]. I was on the phantom [injured list] quite a bit. I could kind of see the writing on the wall. That was kind of the point when I was really thinking about what I’d do after baseball.”

Winn said some independent teams reached out about playing. He played a couple of times locally. He’s caught in bullpen sessions and works out regularly at The Diamond, plus he’s helping coach two 16-year-old travel teams.

At this point, though, he’s pretty much set on trying to become a firefighter.

“I want to stay here in Richmond because I love it here,” he added. “I love the community, and it’s done so much for me. I want to give back as much as I can.”

Winn (.181, four homers, 13 RBIs in 237 at-bats with the Squirrels) believes he made more of an impact off the field in Richmond. He was involved in a lot of the Squirrels’ community service, from youth league clinics to visits to hospitals to appearances at various functions.

“Our front office had him on speed dial,” said Todd “Parney” Parnell, Squirrels vice president and chief executive officer. “He understood what it meant to be a hometown player. … He was always willing to give of his time to his hometown.”

Winn was the first Richmond native to play for the Squirrels, and he said he was lucky to spend some of his minor league career here. He enjoyed having family and friends at games, something not many players experience, he said.

“I realize that not everybody can make it,” he said. “Don’t get me wrong. I made it a lot further than most people have, and I believe I made it further than I ever thought I could. … I’ve definitely exceeded my expectations for myself.”

ARLINGTON, Texas — Brandon Lowe kept finding his name near the top of Tampa Bay’s lineup even as his offensive struggles continued to mount th…

ARLINGTON, Texas — Clayton Kershaw made the slow trudge to that lonely spot in the dugout again, this time just a few miles from his hometown.

The Braves took a 3-1 lead in the NL Championship Series, a night after a 15-3 loss. Atlanta will try to reach its first World Series since 1999 when it plays Game 5 Friday night.

Randy and the Rays finally a group effort in World Series

Randy Arozarena was a one-man show getting the Tampa Bay Rays to the World Series. Big swings, bat flips, bustin’ moves — he did it all — and …

LEFT: Former Flying Squirrels catcher Matt Winn says he wants to be part of a team that helps people, and firefighting fills the requirement.

Former Flying Squirrels catcher Matt Winn, a Richmond native, was the 14th-round selection of San Francisco in 2015. He batted .218 with 35 homers and 141 RBIs in five years in the minors.