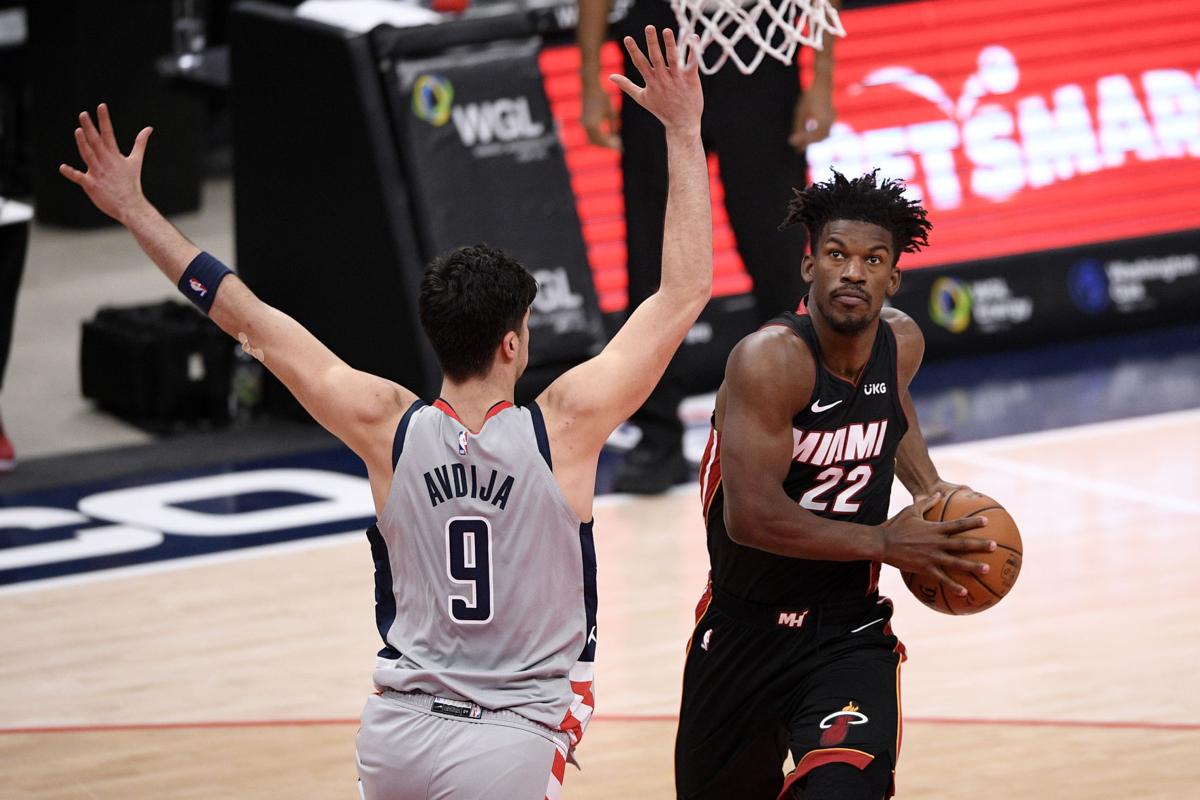 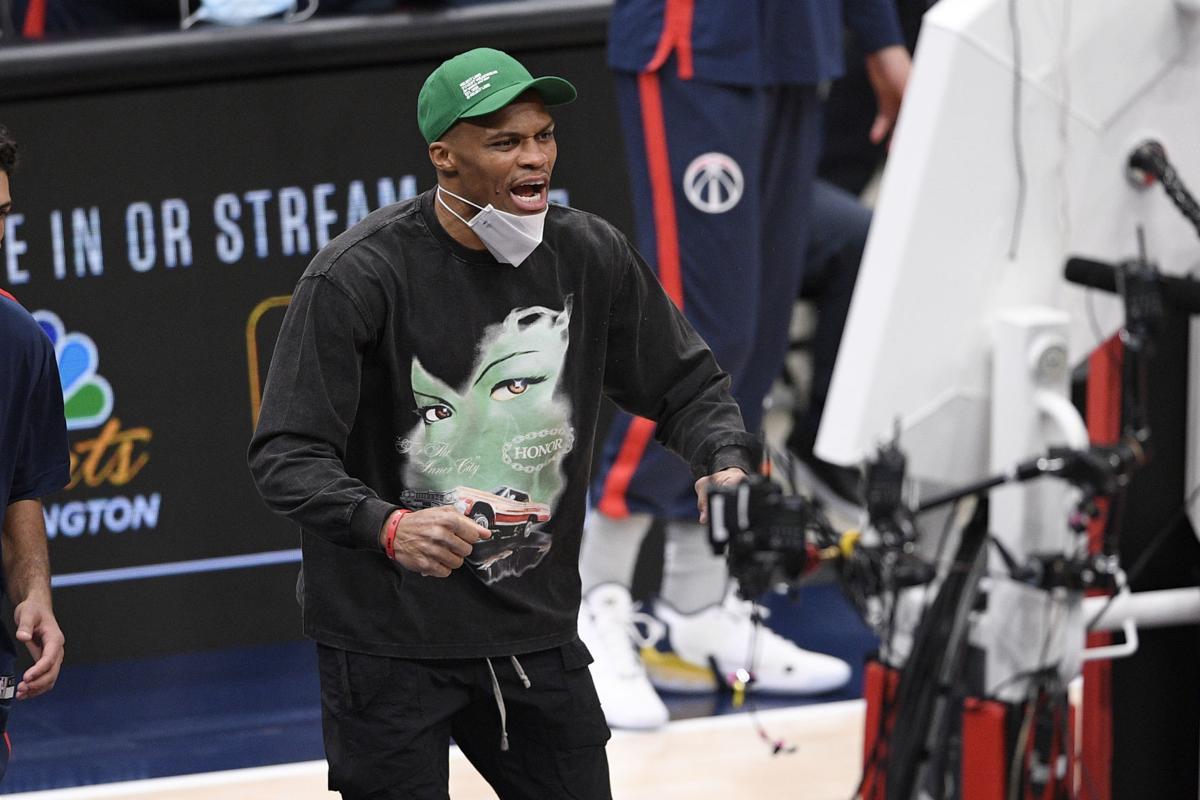 Washington Wizards guard Russell Westbrook reacts in street clothes as he watches during the first half of an NBA basketball game against the Miami Heat, Saturday, Jan. 9, 2021, in Washington. (AP Photo/Nick Wass)

The NBA called off two more games because of COVID-related and contact tracing issues on Monday, and a source with knowledge of the situation said the Miami Heat were preparing to be without “at least five” players for the next several days because of possible exposure to the coronavirus.

Monday’s game in Dallas between the Mavericks and the New Orleans Pelicans was postponed by the league, as well as Tuesday’s matchup in Chicago between the Bulls and the Boston Celtics. The league’s general managers were meeting Monday to discuss the league’s current virus situation, with involvement from the National Basketball Players Association. The NBA Board of Governors will meet Tuesday on the topic.

The latest postponements come one day after Miami’s game in Boston was called off because of contact-tracing issues within the Heat. The Celtics would have had only the league-minimum eight available players for that game — after seven were ruled out in accordance with the league’s health protocols for playing amid the pandemic. Miami’s Avery Bradley, who did not play in the NBA’s restart bubble last season out of concern about exposure to the virus, was also ruled out of that game because of the protocols.

Miami scheduled a flight from Boston to Philadelphia on Monday night in advance of a game there Tuesday, but was preparing to leave some players behind or send some home separately because of the tracing results, said a source familiar with the situation. The identities of those players was not revealed, and it is unclear if other members of the Heat travel party were affected.

“Definitely been a unique start to the year,” Heat guard Duncan Robinson said Monday. “Been different challenges with all the protocols and new norms. I think the general sentiment is that everyone wants to play but also everyone wants to be safe first.”

Dallas did not have enough players cleared to play Monday because the contact-tracing process was still ongoing, just as was the case for the Heat in Boston on Sunday, said a source with knowledge of that situation.

Contact tracing within the NBA has gotten much more aggressive and high-tech in recent days, with a new requirement that everyone within the travel parties wear an electronic device that tracks their proximity to one another. The data from those devices are part of the determination as to whether a player needs to quarantine because of possible exposure.

The Mavericks-Pelicans game and Bulls-Celtics game increase the postponements this season due to virus-related matters to four. Philadelphia played at home against Denver on Saturday with seven players — eight were available, but only seven took the floor — because of a combination of virus issues and injuries. The NBA also fined the 76ers $25,000 on Monday for not properly disclosing ahead of time that Ben Simmons would miss that game with an injury.

There were four Dallas players on the COVID-19 protocol list as of Sunday night, the newest addition then being Maxi Kleber. Starters Josh Richardson and Dorian Finney-Smith and backup Jalen Brunson had already been ruled out; those three stayed behind in Denver after a win over the Nuggets on Thursday and missed Saturday’s victory at home against Orlando.

WASHINGTON — Washington Wizards point guard Russell Westbrook is expected to sit out a week with an injured left leg, the latest blow to a team that entered Monday with a 2-8 record.

The Wizards said before Monday night’s game against the Phoenix Suns that Westbrook’s left quadriceps was hurt because of “repeated contact to the area since the beginning of the season.”

The team said the 2016-17 league MVP for the Oklahoma City Thunder and nine-time All-NBA selection would be re-evaluated at the end of the week. Washington is scheduled to play five games through next Monday.

The update on Westbrook’s status comes a day after the Wizards said center Thomas Bryant has a partially torn anterior cruciate ligament in his left knee. Bryant is likely to miss the rest of the season. He was one of only two players who started each of Washington’s first 10 games.

Washington Wizards guard Russell Westbrook reacts in street clothes as he watches during the first half of an NBA basketball game against the Miami Heat, Saturday, Jan. 9, 2021, in Washington. (AP Photo/Nick Wass)