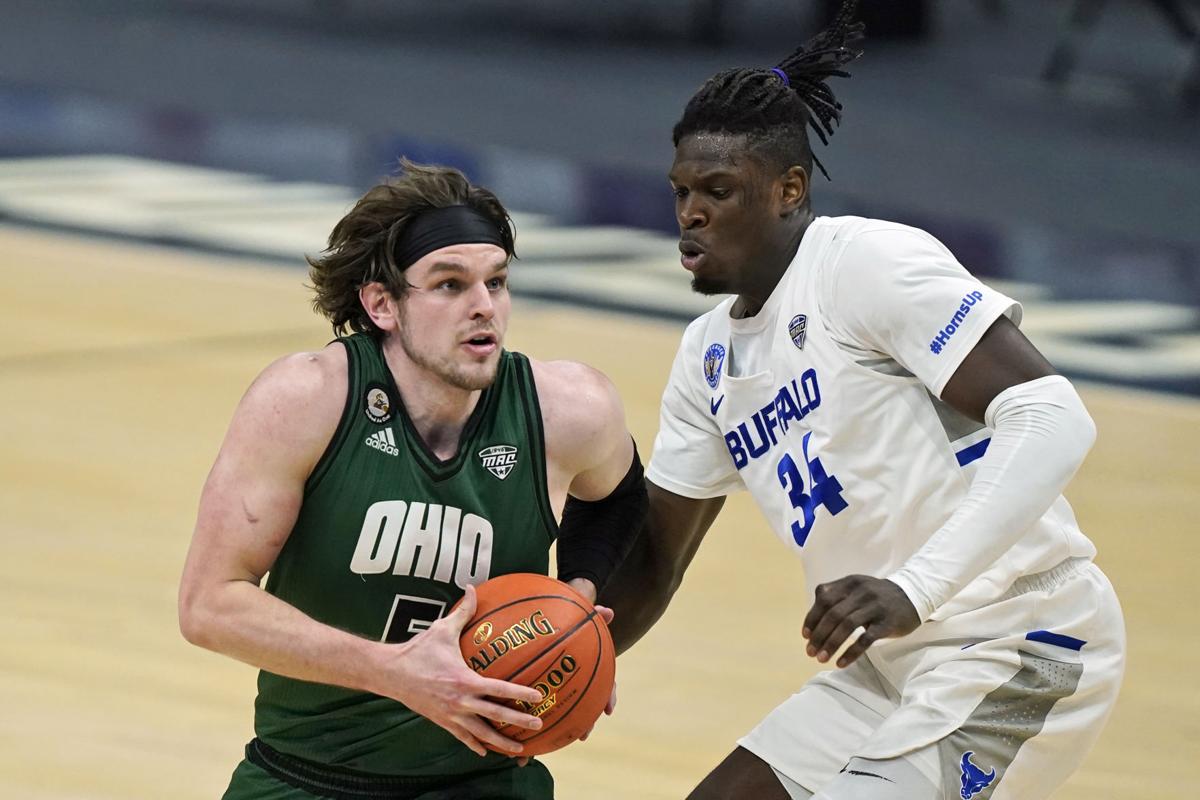 Ohio’s Ben Vander Plas (left) is named after Virginia coach Tony Bennett and his father, Dick. As a player at Ohio, Bobcats coach Jeff Boals was part of an upset of Virginia in the 1994 preseason NIT. 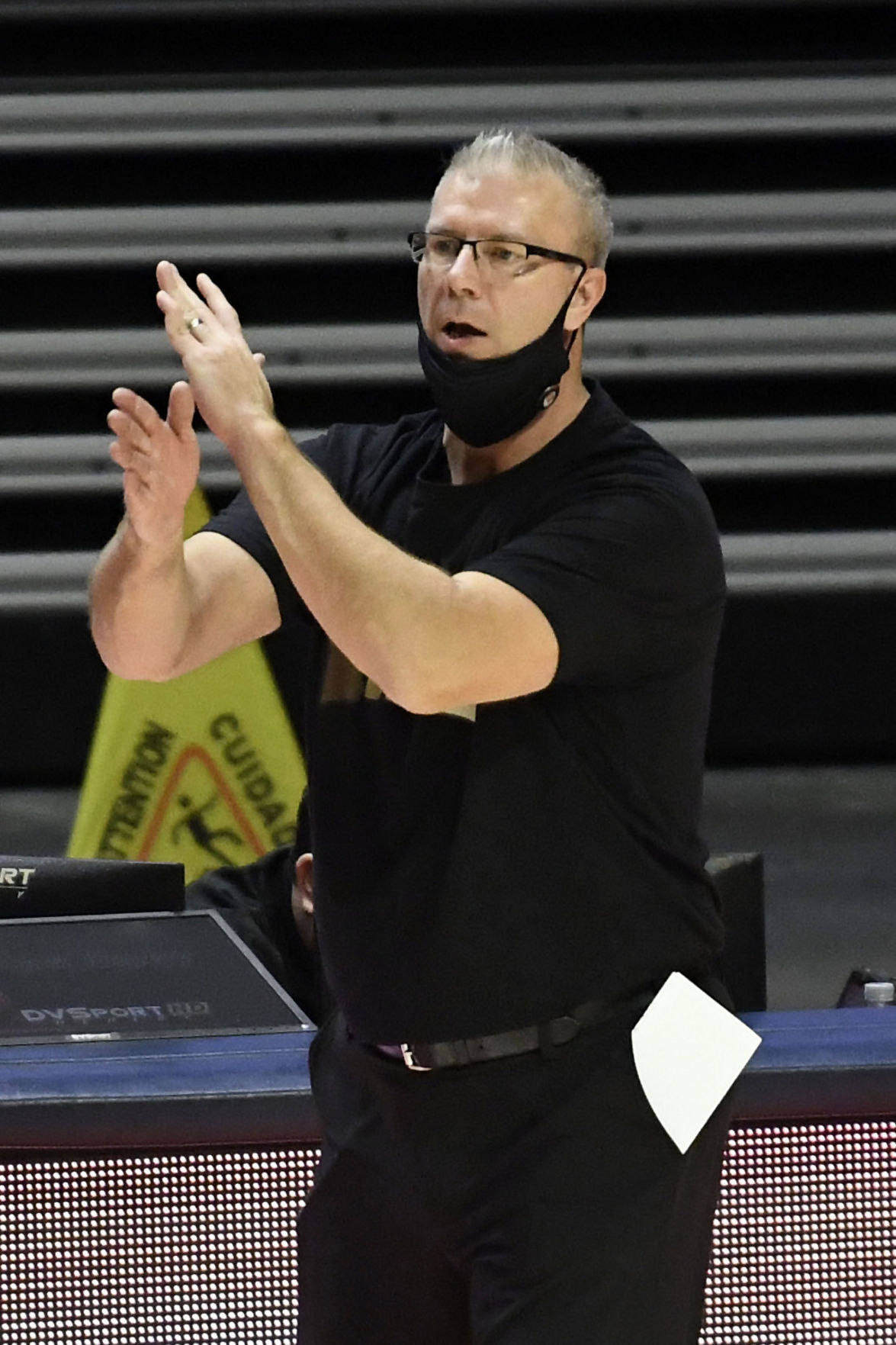 CHARLOTTESVILLE — Dean Vander Plas, a college teammate of Virginia basketball coach Tony Bennett normally displays a UVA basketball national championship pennant hanging at the family’s Minnesota home and a photograph of himself cheering on the Cavaliers at the 2019 Final Four on his desk.

He named his son, Ben, in honor of the Bennett family — Tony and his father, Dick, for whom they played at Wisconsin-Green Bay.

This week, as that son prepares to face Bennett and Virginia in the first round of the NCAA tournament as a member of No. 13 seed Ohio, Dean Vander Plas has taken down the pennant and may flip the photo face down.

“I think we’re going to take that all down this week and put it on the floor,” said Dean Vander Plas, who played with Bennett for the Phoenix who reached the 1991 NCAA tournament. “I’m a lifelong Tony fan. This is the only week of my life he doesn’t have my full support.”

Ben Vander Plas is a 6-foot-8 sophomore forward for the Bobcats, who is averaging 12.8 points and 5.6 rebounds this season. He’s started every game the last two years for Ohio, which faces fourth-seeded UVA on Saturday at Indiana’s Assembly Hall.

Ohio coach Jeff Boals joked he told Vander Plas he should go by “Maximus” instead of “Ben” this week. Of course, Boals has his own connection to Virginia basketball.

In 1994, as a player at Ohio, he was part of the team that upset then-No. 14 UVA in the preseason NIT, upending a loaded Cavaliers roster that included Junior Burrough and Cory Alexander.

Boals recalled coach Larry Hunter getting the team revved up the night before the game.

“He called everybody down to his room, and just, one by one, he ripped everybody,” Boals said. “We were all shell-shocked. But we went in and pretty much controlled the game.”

When he saw his team’s first-round opponent pop on his television screen Sunday night, Boals immediately thought back to that game at UVA’s since-demolished University Hall, a game the Bobcats won 94-83 to advance to the championship rounds at Madison Square Garden in New York City.

Ohio went on to beat George Washington and New Mexico State, in overtime, to capture the preseason NIT title.

Bobcats senior forward Dwight Wilson’s memory of UVA is of a game in which he didn’t play. Wilson played three seasons at James Madison. Last year, the Cavaliers’ season-opener was against the Dukes.

But Wilson had to sit out the game with a high-ankle sprain.

“We were the opener for Virginia right after they just won the national championship,” Wilson said. “But I didn’t play because I was hurt. It’s crazy how it’s almost like the universe is giving me a second chance at playing the Cavaliers.”

At JMU, Wilson was a role player. But at Ohio, he’s a focal point of the offense, forming a potent one-two, pick-and-roll pairing with guard Jason Preston. The Bobcats are hoping to find success going inside to Wilson and Vander Plas against Bennett’s trademark pack-line defense.

The Vander Plas family will root for that.

“I’m a Bennett family fan and we get a chance to play against the best,” Dean Vander Plas said. “But I bleed green this week.”

Ohio’s Ben Vander Plas (left) is named after Virginia coach Tony Bennett and his father, Dick. As a player at Ohio, Bobcats coach Jeff Boals was part of an upset of Virginia in the 1994 preseason NIT.