Subscribe
Read Today's E-Edition
Share This
A shifting landscape: Virginia, other schools work to keep up as NIL rapidly changes the makeup of college sports
0 Comments
Share this 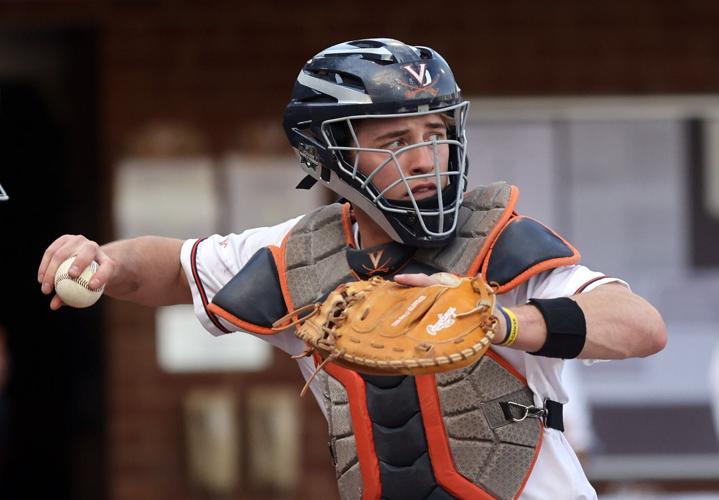 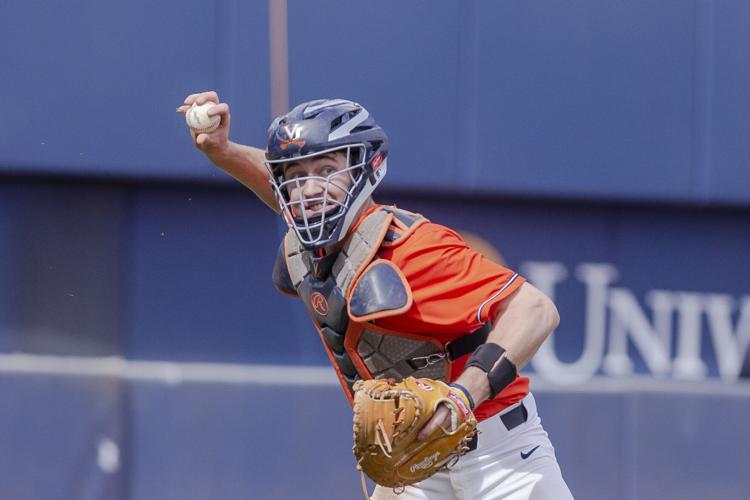 Virginia catcher Kyle Teel, on behalf of Boras Marketing, is represented through Hook Sports Marketing. Teel says it’s “one of the coolest things” to see fans in the stands wearing T-shirts adorned with his name and and number. 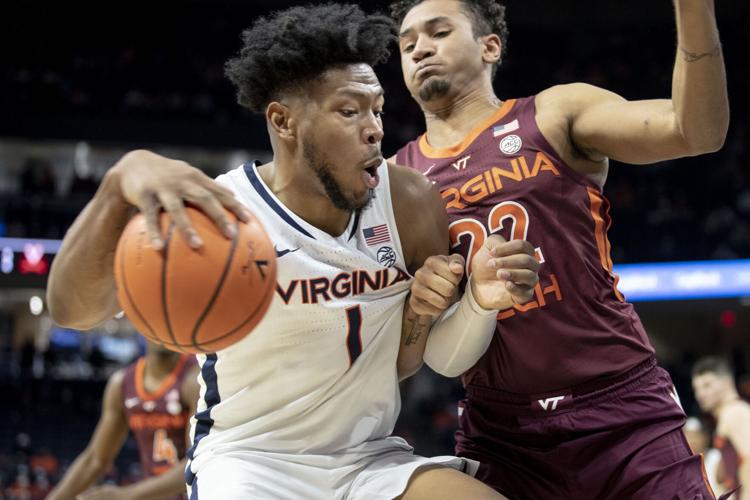 Virginia is hoping to retain its top two scorers, forward Jayden Gardner (above) and guard Armaan Franklin. A number of reserves have entered the transfer portal. 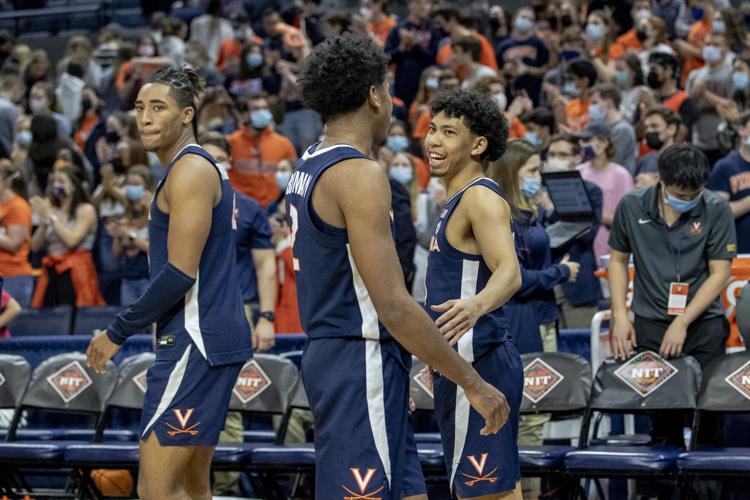 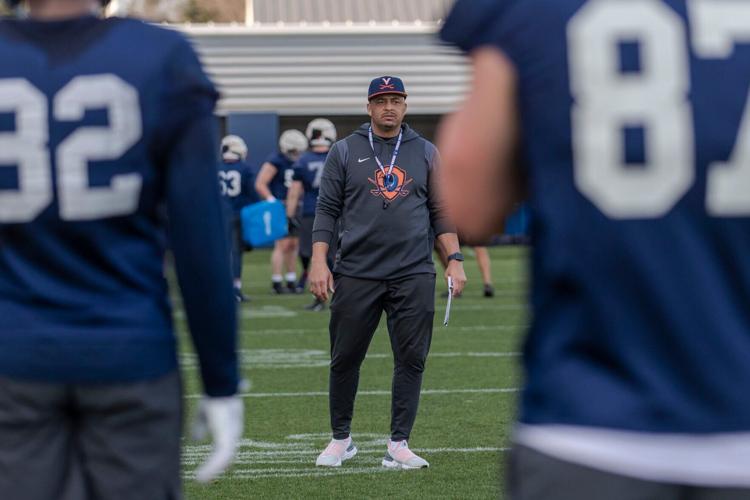 Virginia football coach Tony Elliott is supporter of NIL, but is concerned about the current lack of oversight.

By GREG MADIA The Daily Progress

They’ve been sold in big-league ballparks for decades, but only recently became a familiar sight at Disharoon Park — home to Virginia’s renowned baseball team.

The Cavaliers reached the College World Series last year, earned another berth to the NCAA Tournament this year and tallied 112,522 in total home attendance — the most to flock to The Dish since 2016 when 132,308 did on the heels of UVA’s 2015 national championship-winning campaign.

This spring, many of the young fans, whether running through the concourse, soaking up the sun on the third-base hillside or sitting behind home plate, had a favorite player. It was easy to spot No. 3 Teel orange T-shirts.

Catcher Kyle Teel has been a linchpin for the club since arriving at UVA and was essential to the Cavaliers’ 2021 postseason success.

“It’s one of the coolest things,” he said about gazing into the stands. “I could say it’s kind of like a dream come true, because people are wearing your name and number on their back, so I’d say it’s an awesome feeling to have and I’m so grateful for that.”

Until this academic year, schools didn’t sell jerseys or t-shirts with an athlete’s name and number. But last July 1, less than a month after a unanimous Supreme Court ruling toppled the NCAA’s amateurism pillar, the association cleared college athletes to monetize their names, images and likenesses.

Since, there’s been a behind-the-scenes push at UVA to keep pace with their willing Power Five peers in the uncharted, ever-shifting NIL landscape.

Indeed, the school is arming itself for the future rather than clinging to the past.

“No disrespect to the Ivy League schools,” former UVA athletics fundraiser Lo Davis said. “But if we didn’t exist in this space, then you look at Virginia, especially in your main revenue-driving sports, and you’re going to be an Ivy League-type school.

“When it comes to recruiting and keeping the talent pool of the kids that we know fit here, we were going to be in trouble if we didn’t have anything to offer in NIL.”

Davis is the executive director of Cavalier Futures, one of the many collectives to pop up in college towns across America during the last year. These start-ups were created to broker NIL opportunities for the athletes who play at the nearest university.

Collectives are not officially affiliated with schools, but Power Five athletic departments without one for their athletes to access are falling behind.

“We’re obviously very creative folks in college athletics,” said Virginia athletic director Carla Williams, who serves on the NCAA’s NIL Legislation Solutions Group. “I don’t think anyone could have predicted the terminology [of collectives] and exactly how things would have come together, but it’s not shocking. We’re ultra-competitive, and we want to find ways to compete at a high level.”

Collective accessibility is only one part of UVA’s acceleration to provide avenues for its athletes in which the players can capitalize on their NIL.

In May, UVA and The Brandr Group announced a group licensing agreement for athletes across all 27 sports the school sponsors. Collaboration between the two parties allows for the use of athletes’ NIL in licensing and marketing programs, co-branded with UVA logos and marks.

The most well-known products to include both the athletes’ name and school logos are jerseys, jersey t-shirts and other apparel merchandise.

Some other clients include basketball players Kihei Clark, Reece Beekman and Jayden Gardner as well as football linebacker Nick Jackson.

Williams said football coach Tony Elliott and men’s basketball coach Tony Bennett, “are on the frontlines of NIL,” and at the same time, she understands the job all of her coaches have as it relates to NIL’s complexities.

“Where we’ve ended up and how some things are happening,” Bennett said, “I don’t think everyone is comfortable with. That’s the stuff you hope can be addressed.”

On May 9, the NCAA Division I Board of Directors issued “guidance to schools regarding the intersection” of NIL and recruiting. The board essentially reminded everyone that longstanding NCAA rules prohibit booster involvement in recruiting and said that collectives could be defined as boosters.

The guidance came shortly after Pitt’s Jordan Addison, the 2021 Biletnikoff Award winner as college football’s top receiver, abruptly entered the transfer portal. Reports surfaced from ESPN and The Pittsburgh Post-Gazette that Addison was offered a mega-NIL deal from Southern California, and three weeks later, he subsequently committed to USC.

“I don’t know that it’s going to help,” Williams said of the NCAA’s edict. “But I think it was necessary because it’s simply a reiteration of existing rules, and the rules are there for a reason, and the reminder needed to happen.”

What few, if any, believe is that the NCAA can enforce NIL guidelines without federal legislation to supersede the more than 30 state NIL laws.

“It’s fair to question the [enforcement] process,” Williams said. “I don’t think it’s fair to question the people in enforcement, because we have made their lives incredibly difficult. There would be no need if people weren’t breaking the rules. That causes the problems, which causes the delays. Could the process be better? Yes. Are the people [in enforcement] trying to work within the system we’ve given them? Yes. Are we keeping them busy? Yes.”

Elliott sees both sides of the NIL quandary.

“I’m a supporter and a proponent of NIL,” he said. “I think that it’s great that the young men have an opportunity to monetize their name, image and likeness. I remember when I was in college, man, you couldn’t even take a free drink from somebody or you’d get in trouble.

“So, I think that there’s a lot of good within the rule. Where I struggle a little bit is just a lack of oversight, a lack of structure and how quickly the landscape is changing. It came out last year and it’s already almost done a 180 in the course of a year. ... If it’s not governed the right way, it really could impact the young people in a negative way. And so, for us at the University of Virginia, what we want is, we want NIL to be consistent with what the values and ideals of the university are.”

“When it comes to recruiting and keeping the talent pool of the kids that we know fit here, we were going to be in trouble if we didn’t have anything to offer in NIL.”

Packer and Durham, the ACC Network’s signature program, will air for the final time Friday, the show’s co-hosts announced Wednesday.

For JMU, ESPN deal a linchpin of Sun Belt move

For JMU, ESPN deal a linchpin of Sun Belt move:

“I couldn’t have written our reunion any better.”

ACC does away with divisional format in football

It’s been a decade since Florida State last played against Virginia Tech at Lane Stadium, and nine years since Clemson’s football team visited…

The new model will feature a 3-5-5 structure starting in the 2023 season with each team in the conference getting three primary opponents annually and face the other 10 league teams twice during the four-year cycle (once at home and once on the road).

Ring's not the thing for R-MC's national championship hoops coach

Michelle Meadows, a Monacan High and Virginia Tech graduate, is leaving her position as Longwood’s director of athletics to become the vice pr…

Add “author” to the list of Tim Hightower's accomplishments.

Virginia catcher Kyle Teel, on behalf of Boras Marketing, is represented through Hook Sports Marketing. Teel says it’s “one of the coolest things” to see fans in the stands wearing T-shirts adorned with his name and and number.

Virginia is hoping to retain its top two scorers, forward Jayden Gardner (above) and guard Armaan Franklin. A number of reserves have entered the transfer portal.

Virginia football coach Tony Elliott is supporter of NIL, but is concerned about the current lack of oversight. 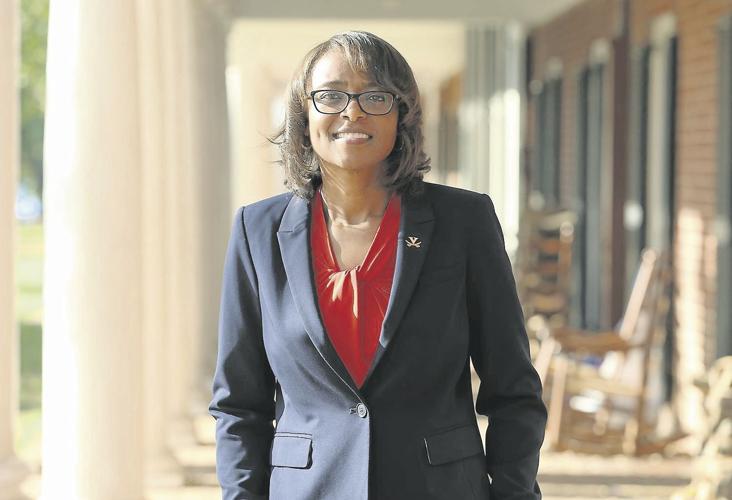 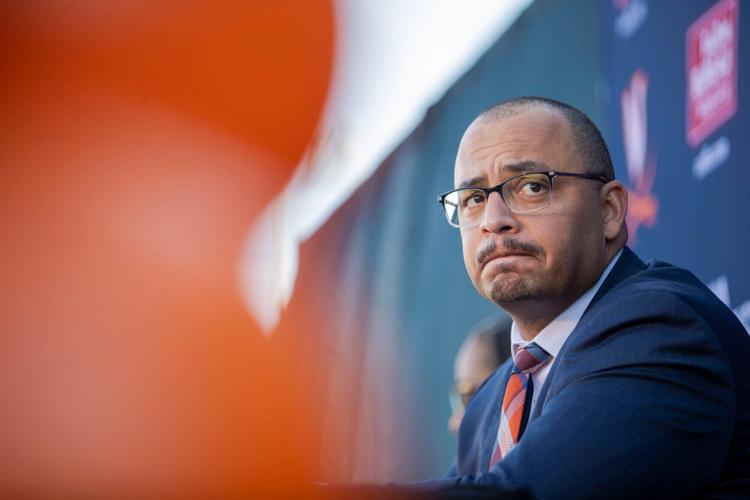 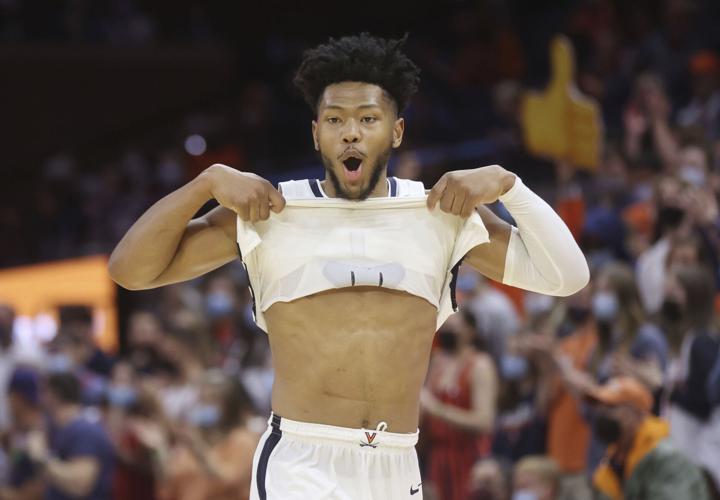