After being falsely implicated in Duke lacrosse case, coach Mike Pressler has found happiness and success at Bryant University
0 Comments
Share this
1 of 2 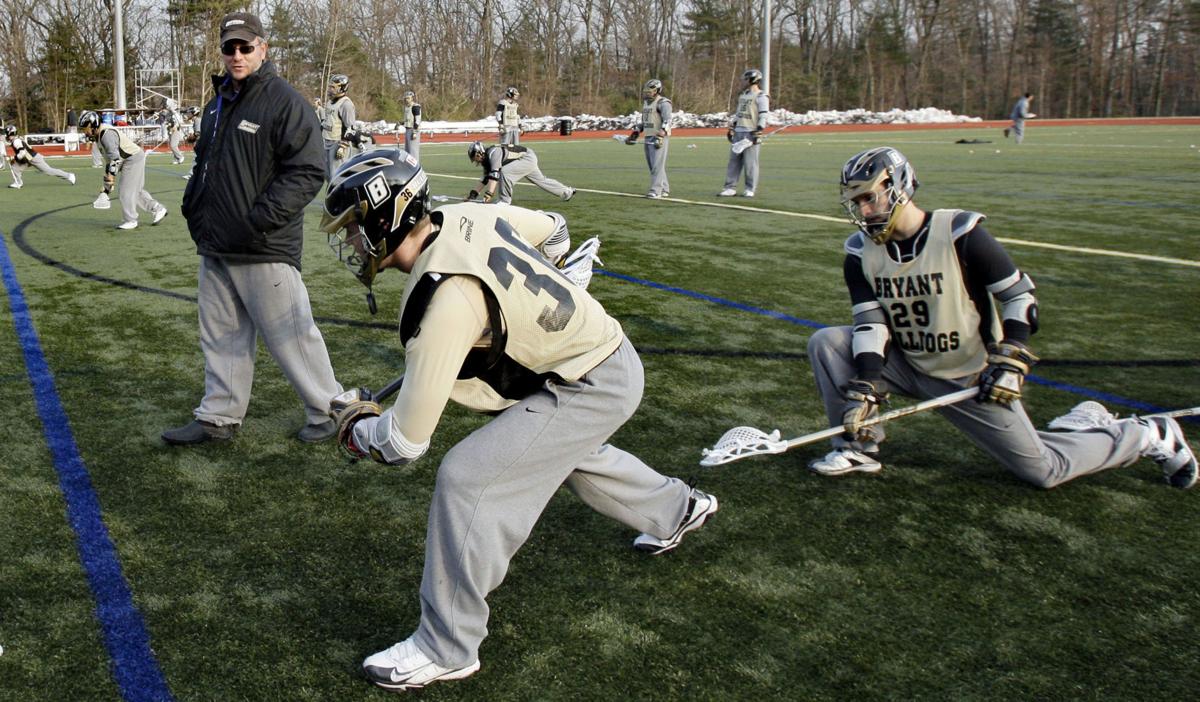 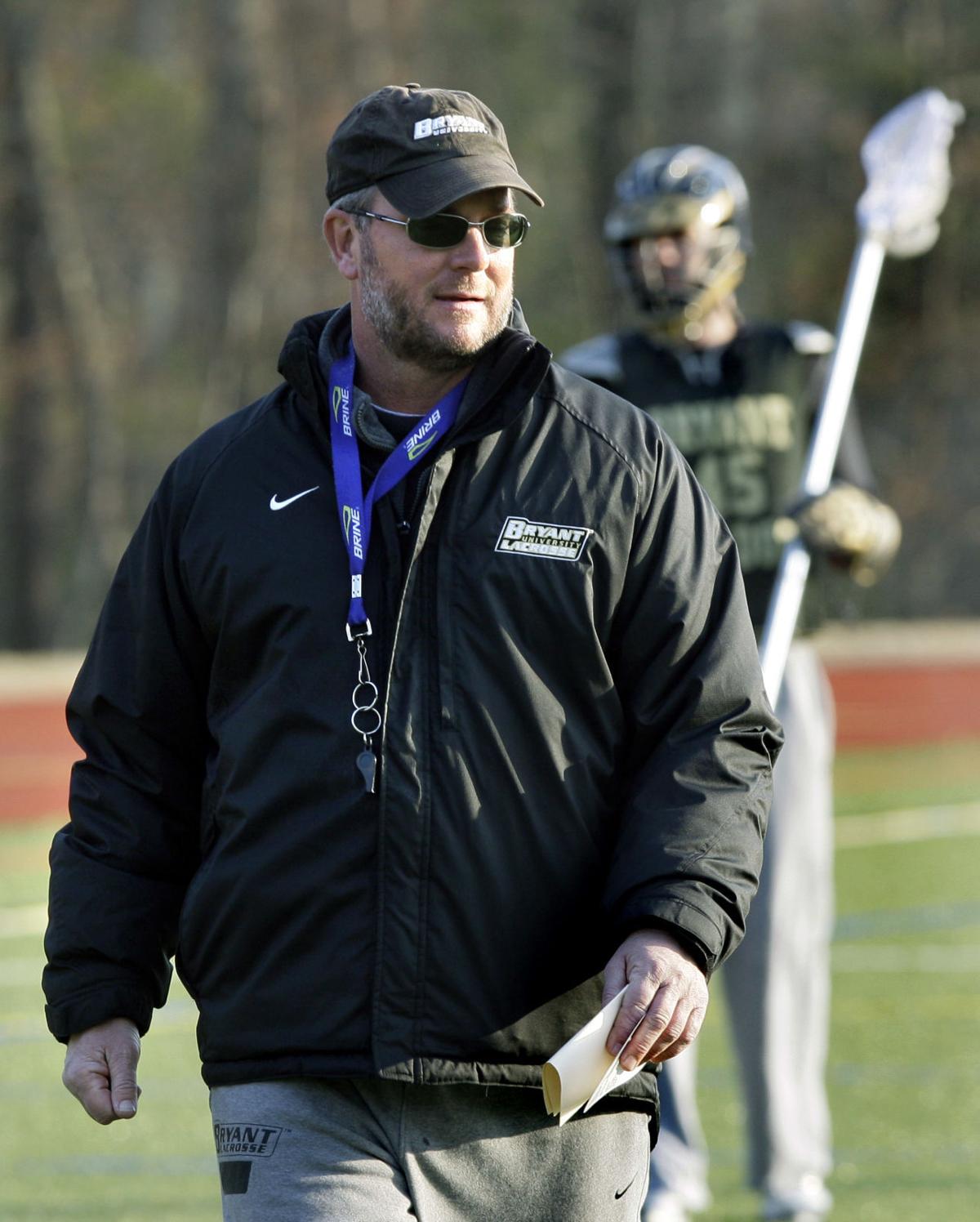 Bryant University gave lacrosse coach Mike Pressler another chance in his profession after Duke fired him after he was falsely linked to the Blue Devils’ lacrosse scandal in 2005.

CHARLOTTESVILLE — In 1982, having graduated from Washington & Lee where he played football and lacrosse, Mike Pressler took his first coaching job, becoming a graduate assistant for Hampden-Sydney’s football team.

That winter, while home in Connecticut for the holidays, Pressler got a phone call from the administration at VMI. The Keydets were launching a lacrosse program and wanted him to lead it.

“I was flying by the seat of my pants,” said Pressler, who was paid $1,500 for the year, and given room and board.

Pressler, who became a national name when he was ousted during the 2005 Duke lacrosse scandal, will be back in Virginia this weekend, leading his Bryant Bulldogs against fourth-seeded UVA in the NCAA tournament.

It was Bryant, a small Rhode Island private school, that gave Pressler — who was 153-82 in 16 seasons at Duke — another chance to coach after his firing. He had built the Blue Devils into a national power, but when three of his players were accused of sexually assaulting a stripper — allegations that were later proved to be false — the school removed Pressler.

“I couldn’t get an interview for a high school job in Raleigh, N.C.,” said Pressler, now 61. “My name was persona non grata. I couldn’t get hired anywhere. In so many ways, my career was over. Personally, it felt like, if I didn’t coach again, they won. And they were not going to win.”

Army coach Joe Alberici, who spent nine years as Pressler’s assistant at Duke, knew his former boss’ situation, both personally and professionally. Pressler wanted to get back into the sport he had made his career and was equally eager to move his family — his wife and two daughters — out of Durham, where the scandal loomed over their daily lives.

“Coach was in a tough spot,” Alberici said. “These kids were getting railroaded and Coach was being taken as a fall guy.”

As it turned out, Alberici’s longtime friend Bill Smith was the athletics director at Bryant, then a Division II program in need of a coach. Smith had a hard time believing that a coach with Pressler’s résumé would be interested in the opening, but Alberici persuaded him to look into Pressler’s situation and at least make the call.

“Many opportunities to leave here, but their loyalty to me, the president, the athletic director, the board of trustees, every day I try to return that loyalty back to them,” he said.

That, Pressler’s current players said, is who the coach is. It’s part of his recruiting pitch and it’s the way he runs the Bryant program.

This year, that winning included Pressler’s sixth NEC championship, earning him and his Bulldogs the matchup Sunday at UVA and, for the coach, a return to Klockner Stadium, where he went 2-8 while coaching Duke and where former Cavaliers coach Dom Starsia hosted Bryant for the program’s first Division I game in 2009.

Bigger programs have come calling over the past decade, but Pressler said he has no interest in leaving Bryant, which moved up to Division I his third season there and which has committed $80 million during the past five years to facility improvements, including an indoor field, a new weight room and a state-of-the-art jumbotron scoreboard.

A good portion of that money for Bryant’s renovations came from donations from his former Duke players and the Blue Devils lacrosse community. The school’s administration, the group that gave him the chance to return to coaching, has given him all the support he could desire during his tenure there, and that, Alberici said, might be the most important thing for Pressler, who reached an undisclosed financial settlement with Duke in 2007, after alleging wrongful termination.

“He felt like he was left out to dry. He didn’t have that backing of a president, of a school, that’s for sure, or the athletic administration,” Alberici said. “He’s already been on the other side and he knows how good he has it at Bryant.”

Pressler shrugs off the assertion that, to fully complete his redemption story, he needs to return to the highest level of the sport. He said he put the Duke saga behind him on April 11, 2007. That was the day North Carolina’s attorney general dropped all the charges against the three players and publicly cleared their names.

“They didn’t just drop the charges. They declared us innocent,” Pressler said. “That day, we got redeemed. And since then, it’s been all about Bryant University.”

Bryant University gave lacrosse coach Mike Pressler another chance in his profession after Duke fired him after he was falsely linked to the Blue Devils’ lacrosse scandal in 2005.