After opting out mid-season, UVA's women's basketball team returns with a reloaded roster and a renewed spirit
0 Comments
Share this
1 of 2 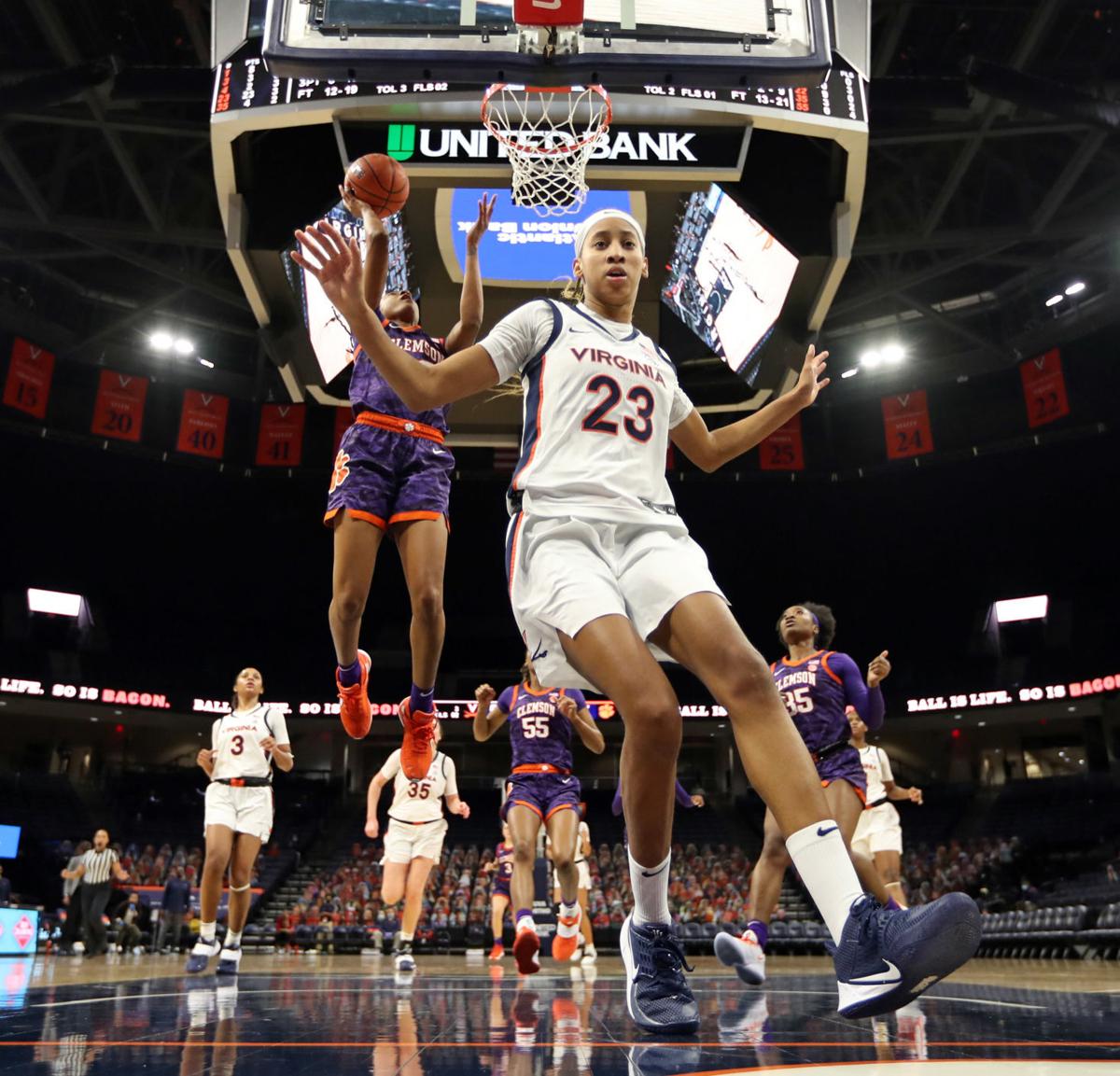 Guard Amandine Toi (23) and UVA are eager to get back on the court after opting out of most of the 2020-21 season. 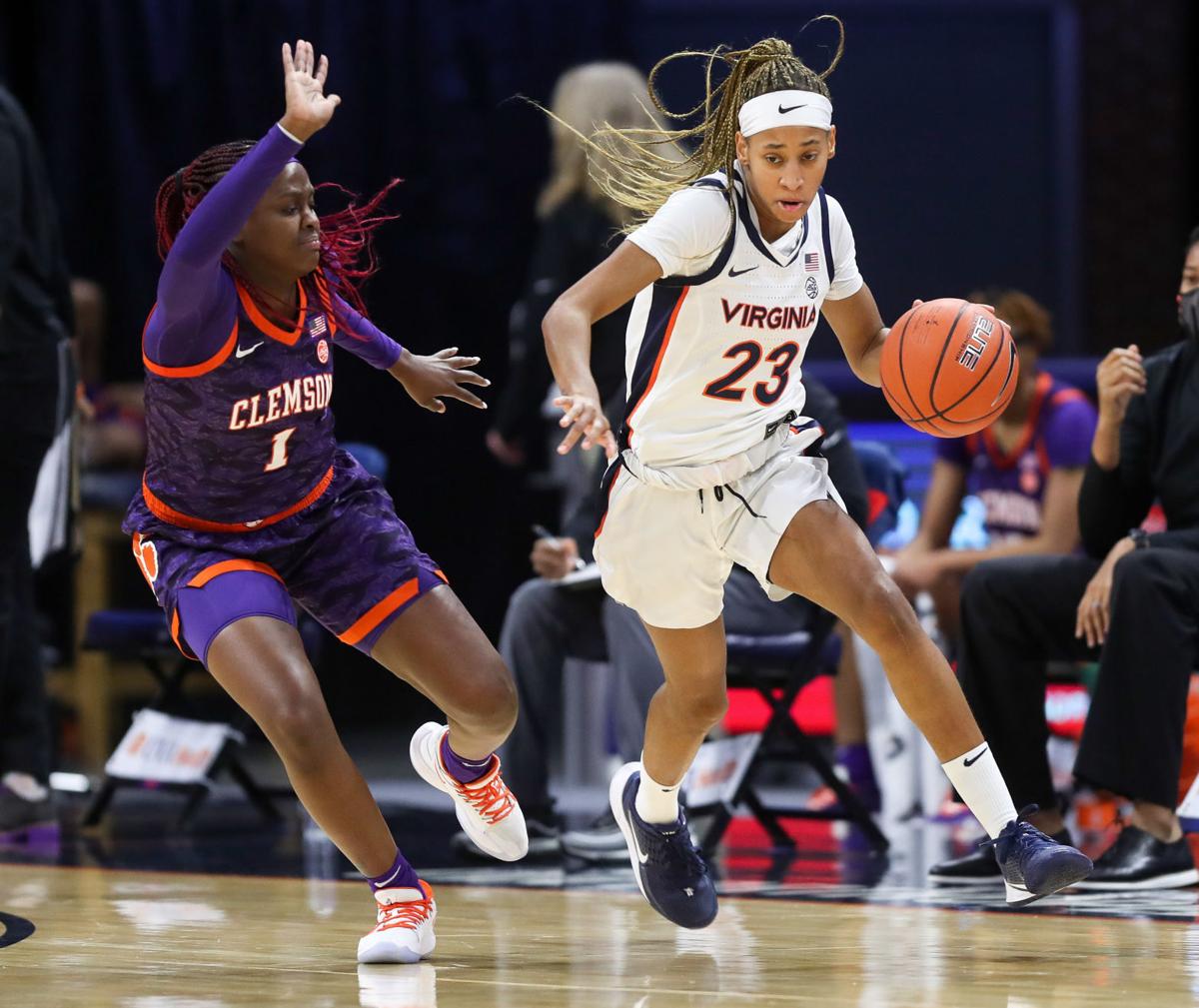 CHARLOTTESVILLE — London Clarkson’s bag was finally packed for a road trip. Her mother had flown in from Texas. The Florida State transfer forward, NCAA waiver in hand, was set to play her first basketball game of the season for Virginia.

That season ended before she got the chance.

Its roster decimated by injuries and its schedule upended by the COVID-19 pandemic, UVA opted out of the final 19 games of the year.

“At the end of the day, we had to see what was best for us as a team and ourselves mentally and physically,” Clarkson said. “That’s what it really came down to.”

Now, seven months — and six new roster additions — later, the Cavaliers are back at UVA, preparing to relaunch the program that is just 25-41 in its first three years under coach Tina Thompson.

Virginia was 0-5 and had dropped its first two ACC contests, when a positive COVID test for a support staff member postponed its Dec. 20 game at rival Virginia Tech, the game that would have marked Clarkson’s Cavaliers debut.

The next three games were called off, as well, before the Jan. 13 announcement that the team had opted out of the remainder of the season, joining Duke as the second ACC women’s basketball team to make that decision. At that point, Thompson’s club hadn’t played a game in a month, was down to just six available players and had only practiced sporadically because of COVID protocols.

“Not everybody knows the details of all that,” said Thompson, the basketball hall of famer in her first go-around as a head coach. “When you look at the big picture of it all, as much as our kids wanted to play, it wasn’t just something we decided we’re not going to do. We went back and forth and back and forth over several days.

It was a decision Thompson left up to her players.

“We all came together and discussed the pros and the cons of continuing to keep going into the season,” senior guard Amandine Toi said. “I think for everybody, and being a competitor, it’s tough. You see other teams going to the ACC tournament and you missed it. You see them keep going and fighting and you think, ‘Oh, we could get those games.’ Frustrating for sure, because we’re here to play. But mentally, I don’t think we could have sustained that long.”

The games halted, but the work was just beginning. The program received NCAA waivers to continue practicing throughout the season, holding individual and small group workouts reminiscent of an offseason or preseason grind.

Guards worked out with guards. Post players drilled with the other post players. The team never practiced as a full group and really only gathered together for weightlifting. Campus safety protocols prevented cookouts, game nights and other team-bonding activities.

The fun had been stripped away, but Thompson made sure her players pressed on.

“We opted out of the season and playing games,” she said. “We didn’t opt out of basketball. So we worked.”

After a summer break, the players returned to Charlottesville in late July to begin preparations for 2021-22 and what they hope will be a full season of games.

Thompson has remade the roster with the addition of five transfers, most of whom she had recruited originally out of high school, and an incoming freshman, an attempt to jump-start the program and mitigate the set-back of sitting out most of last season.

“I definitely think that we took some steps backwards,” Thompson said, “But now, we’ve also been able to take some steps forward.”

Guard Amandine Toi (23) and UVA are eager to get back on the court after opting out of most of the 2020-21 season. 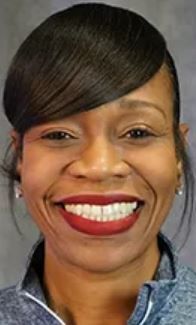