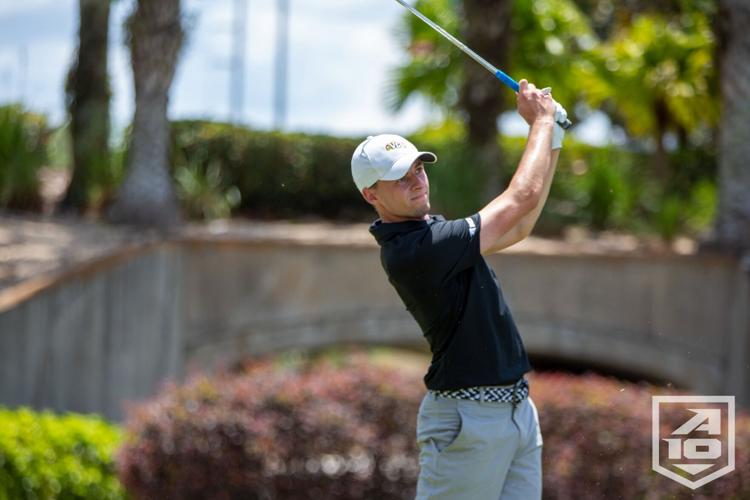 Adrian Vagberg, at the Atlantic 10 tournament. 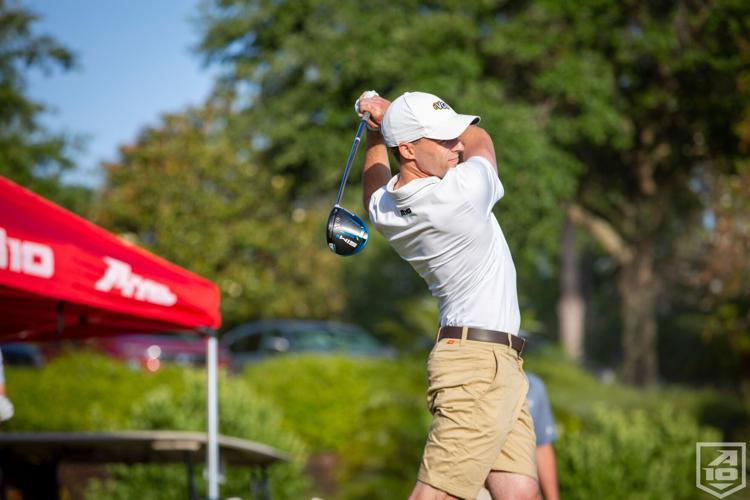 Adrian Vagberg at the Atlantic 10 tournament. 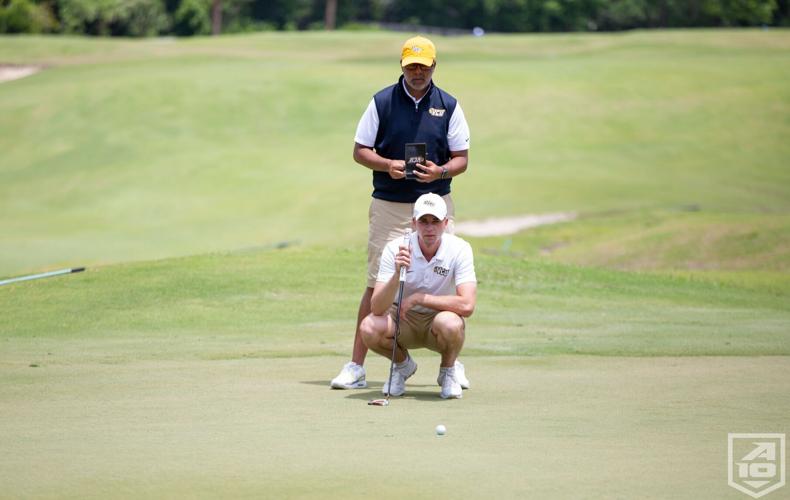 Three years ago, Adrian Vagberg came close to stepping into a course-altering decision.

The Sollentuna, Sweden, native was a freshman on VCU’s golf team then. But he wasn’t entirely happy, particularly with the nature of his academic coursework at the time.

So much so that he reached the brink of leaving VCU. Matt Ball, still the Rams’ coach then, was making arrangements to fill Vagberg’s seemingly soon-to-be-vacated spot on the roster.

But then Vagberg had a change of heart. He told Ball that he would stay, as VCU played in an NCAA regional in May 2019.

“I told him at regionals that year that, ‘Hey, I changed my mind, I really want to stay and finish what I started,’” Vagberg recalled this week. “He immediately said, ‘All right, I really want you to stay.’”

It was a decision that proved fruitful for both he and the Rams. Three years later, Vagberg is an Atlantic 10 champion.

He overcame a frustrating period of injury that began the spring of his junior year. A back issue severely limited his participation in play this past fall semester, and left a full spring semester of play in jeopardy.

But Vagberg reached a point in which he made major strides in neutralizing the injury, making a spring that “exceeded all expectations” possible — one in which he was able to play in every tournament.

Then, in the A-10 tournament, Vagberg put together a three-rounds-in-three-days run that culminated with a 68 on the par-72 Watson Course at Reunion Resort and Golf Club in Orlando on May 1. He became the first VCU player to win individual medalist honors at a conference tournament in six years, and just the fifth player in program history to do it.

The win earned him a spot in the NCAA regionals. He’ll head to Yale Golf Course in New Haven, Conn., to play Monday through Wednesday.

“He did everything the right way all year … I kept telling him, ‘Your time is going to come, and it’s going to come somewhere really big,’” first-year VCU golf coach Andy Walker said of Vagberg.

A driven Vagberg added distance to his drives between his freshman and sophomore years. And, on the back end of his drives, an improved wedge game paid dividends.

That paved that way for a standout sophomore season in 2019-20, in which Vagberg posted a stroke average that ranked sixth-best in program history, at 72.37.

But, coming out of winter break of Vagberg’s junior year in 2021, a wrist injury put him on the shelf for several weeks. Then, in April of that year, Vagberg’s back locked up during a team weight lifting session.

It was an issue he couldn’t shake. He played just a few full rounds of golf total in the fall semester earlier this year, but no tournaments.

Eventually, though, Vagberg and his trainer more effectively pinpointed the treatments and exercises that could keep him on the course. His back held up well, and he played well.

He felt his game was trending in a good direction heading into the A-10 tournament. And after shooting an even-par 72 in the first round, Vagberg shot into a tie for the lead on the second day, with a 2-under back nine in the second round.

“I think it kind of clicked in my head that I was hitting shots trying to avoid missing, rather than to hit my target,’’ Vagberg said. “And so my focus was in the wrong spot. And so for the back nine there on that round, I decided to kind of tell myself to have no fear, ahead of every shot. And that just really worked out really well.”

In the final round, on May 1, Vagberg used birdies on the par-5 17th and par-4 18th to pull away. VCU assistant coach Luis Acevedo walked the course with Vagberg in that last round, and he was the one who notified Vagberg that he won, after the birdie on 18.

Relieved, Vagberg simply began to laugh upon hearing the news. It was the first individual tournament victory of his career. VCU also finished second as a team in the tournament.

Now Vagberg, who will graduate with a degree in physics this weekend, gets to continue on to New Haven. Walker expects Vagberg to play well there. The course features the same type of turf Vagberg grew up playing on in Sweden, Walker said — bentgrass. And Vagberg wants to take the same “no fear” mindset he settled into in Orlando with him to regionals.

The top individual player there who doesn’t advance as part of a team will move on to the NCAA championships May 27-June 1 at Grayhawk Golf Club in Scottsdale, Ariz.

For Vagberg, who plans to return home to pursue a master’s degree in physics, getting to this point is a sweet feeling.

It’s one that, not that long ago, may have seemed improbable.

“To be here and finish my senior semester like this is just amazing,” he said.

If athletic departments can afford arrays of scouts and analysts in their football programs, or any other number of luxuries, surely they can fund additional personnel to address mental health.

Spiders have two outlooks at this stage: With Tyler Burton and without him

“I think it’s something that’s closer to playing out, but hasn’t played out just yet.”

Transfers touch down at UR: 'I’d like to think we did well,' said coach Chris Mooney

Neal Quinn, a 7-footer who came UR from Lafayette, was impressive in the Spiders' first team workout of the offseason.

Adrian Vagberg, at the Atlantic 10 tournament.

Adrian Vagberg at the Atlantic 10 tournament. 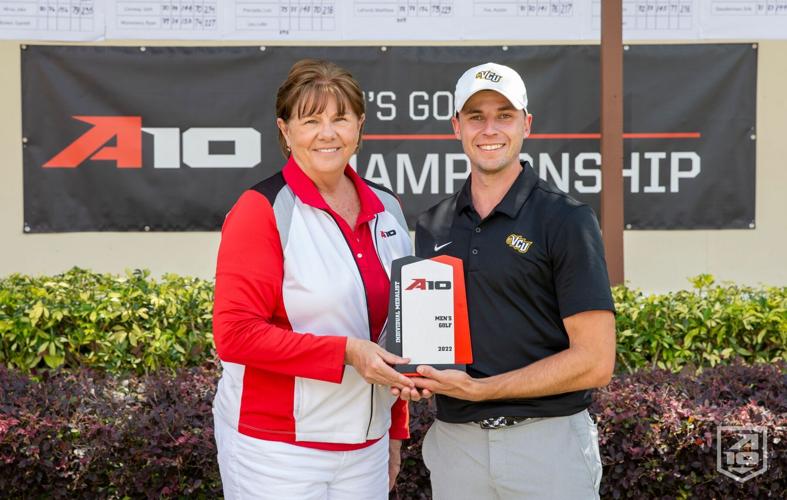