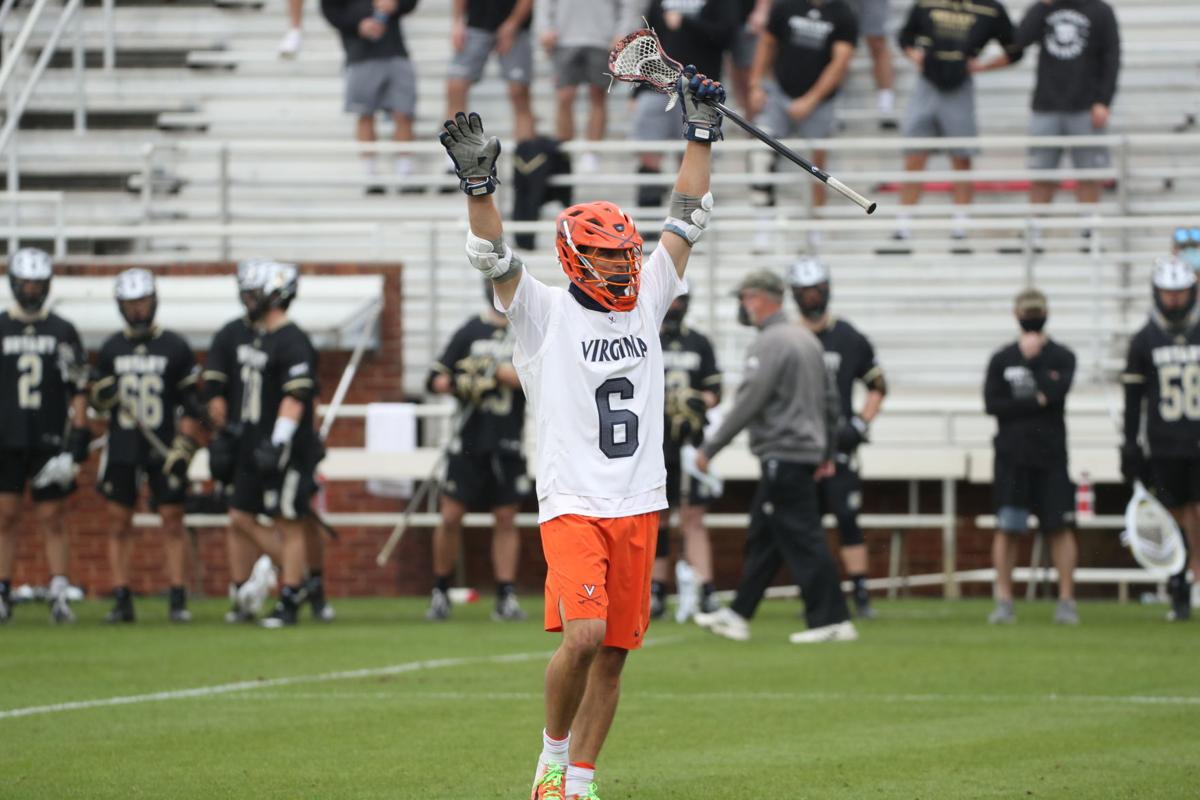 Dox Aitken planned to play a year of football in the fall at Villanova, but he eventually decided to return for another year of lacrosse at UVA. 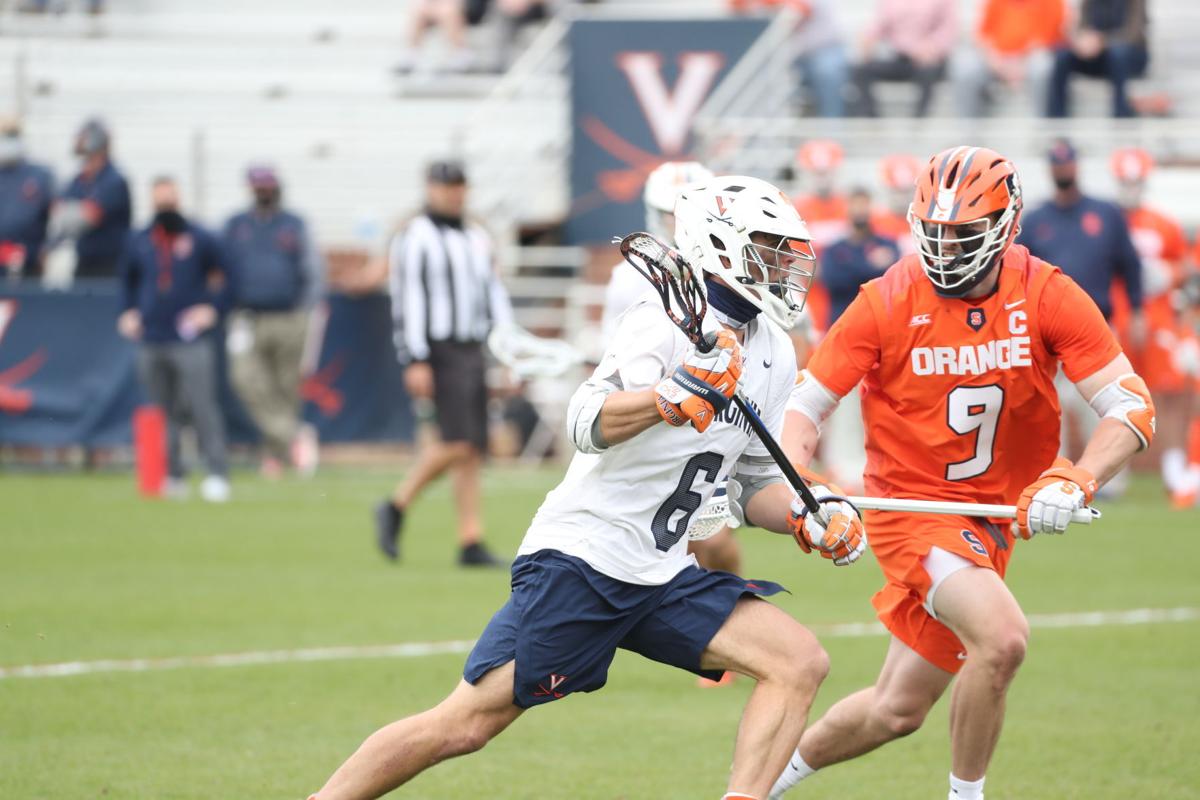 Dox Aitken returned to UVA lacrosse this spring after spending the fall playing football at Villanova.

CHARLOTTESVILLE — As he walked past the Villanova women’s lacrosse team’s practice one day this fall, Dox Aitken’s teammates began asking him about his time as a four-time All-American in that sport at Virginia.

“When they would ask those questions, it definitely felt pretty nostalgic,” Aitken said this week.

Aitken had transferred to Villanova, where he grew up, to play one final season of college sports, this time as a walk-on with the Wildcats’ FCS football program. Aitken had played football in high school and impressed the Villanova coaches with his work as a wide receiver and punter. So when one of his childhood best friends walked onto the football team there, Aitken decided to give it a go.

He played a bevy of positions for the football team at nearby Haverford High School, where he also became the nation’s No. 2 ranked recruit in lacrosse.

“We argued over him, where we wanted him to play,” said Villanova wide receivers coach Nate Pagan. “We kind of put him at wideout and had plans to maybe use him as a defensive back if he showed some things in fall camp.”

Pagan recalled approaching the 6-foot-2, 215-pound Aitken after a conditioning workout, tossing him a football and asking him if he could still punt.

When the COVID-19 pandemic prompted FCS football to shift its season to the spring, with a limited schedule, Aitken suddenly began wondering about his future. In January, he decided to return to UVA to play one final season of lacrosse.

Cavaliers coach Lars Tiffany had stayed in touch while Aitken was at Villanova and while Tiffany was always supportive, Aitken admitted he wasn’t completely sure what his former coach would say when he asked to come back.

Sure, Aitken had been of the sport’s premier players during his first stint in Charlottesville, scoring 125 goals in 59 games and helping the Cavaliers win the 2019 national championship. But the 2021 roster was loaded with offensive talent and Tiffany was already adding Merrimack transfer Charlie Bertrand, a two-time Division II player of the year, to that mix.

“I literally picked up the phone and said, ‘Hey coach. I want to come back,’” said Aitken. “And he was like, ‘Wow, great. That’s awesome.’”

Getting back on the team was one thing. Getting back to his All-American form was another — and that proved far more challenging. Aitken hadn’t so much as picked up a lacrosse stick during his five months at Villanova. He had added 10 more pounds to his frame.

Things started slowly. His playing time and production during the first month and a half of the season weren’t what he had hoped, even prompting Aitken to joke with his supportive teammates, “this isn’t going as well as planned.”

Aitken managed just three goals and one assist in the first seven games of this season.

“At first, it was gently putting Dox into more playing time,” said Tiffany. “And then, after about a month, when he still wasn’t clicking, we were kind of like just jamming him in, like, ‘I don’t care. He’s going to figure it out. Just keep pushing him out there.’”

Despite his slow start to his encore at UVA, Aitken was enjoying playing the sport as much as ever.

“At the end of a season, whether it’s cut halfway short or you win the national championship, you’re always a little bit burned out,” he said. “You sometimes forget how fun the sport is. Literally forgetting about the sport for a little while was a huge reset button.”

He didn’t fret over his less-than-spectacular early results and, going into the team’s March 20 game against Robert Morris, Tiffany saw a welcome sight in practice.

“The old Dox Aitken was back,” said Tiffany.

Aitken scored three goals in the win over Robert Morris and has 12 in the last eight games for the Cavaliers (11-4). Fourth-seeded Virginia faces fifth-seeded Georgetown (13-2) in an NCAA tournament quarterfinal Saturday in Hempstead, N.Y.

Aitken playing the sport he wants to be playing, at the school he wants to be at, and — now — he’s performing at the level he expects himself to play.

This will be his final season in college. Though he’s eligible to play a football season next fall, Aitken said his body is ready to be done with college athletics. UVA’s run through the NCAA tournament is providing him with the perfect send-off.

Dox Aitken planned to play a year of football in the fall at Villanova, but he eventually decided to return for another year of lacrosse at UVA.

Dox Aitken returned to UVA lacrosse this spring after spending the fall playing football at Villanova.