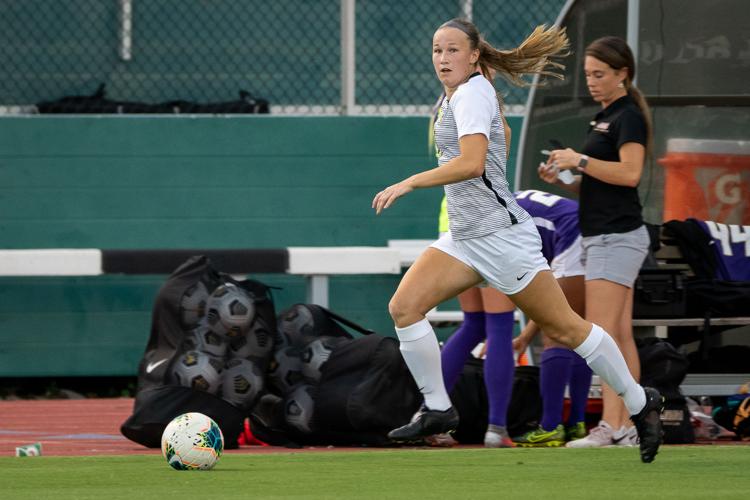 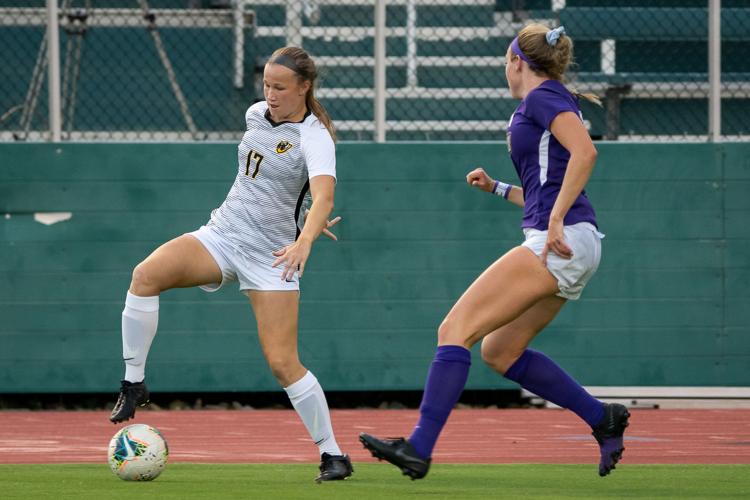 For Aileen Guthrie and VCU women’s soccer, the season started with a bang — literally.

With the final 20-plus seconds of regulation ticking off the clock in the Rams’ Aug. 19 season opener against James Madison, and the game scoreless, VCU’s Lyndsey Gutzmer played a ball forward to Guthrie. It was a gutsy try — Guthrie had a Dukes defender on either side of her.

Still, she successfully corralled the ball. Then the senior dribbled up the field a few steps before launching a strike from about 25 yards out, and between the two JMU players.

The ball sailed out of the goalkeeper’s reach, floating into the right corner of the net, just below the crossbar. It was, in effect, a walk-off goal for the Rams at Sports Backers Stadium, which sits behind The Diamond, where a Flying Squirrels baseball game was ending at around the same time.

“It was funny, because there was a Squirrels game right next door and afterwards they set off fireworks right after our game had ended,” Guthrie said Thursday. “So it was really funny. But it was really nice.”

From that opening bang, Guthrie has remained hot for the Rams. The Fort Valley, Va., native has already set a career high, with a team-high three goals in helping VCU off to a 6-2 start, 2-0 in Atlantic 10 play.

This season for Guthrie has been a product of the work she’s put in and the progression that’s come since she arrived in Richmond in 2018 — from hardly playing at all between her freshman and sophomore seasons to being a fixture the past two seasons, spurred by a position change.

“It’s a great success story,” VCU coach Lindsey Martin said. “Because you have other kids that don’t have success those early years, and maybe give up or look to transfer out. And, for [Guthrie], she just kept going and it’s worked out really well.”

Guthrie is coachable, Martin said, a quality that showed even when she wasn’t playing early in her career. In those years, Guthrie would come to the coaching staff with pen and paper, and pick their brains about what they were looking for from her, and how she could get better.

Sitting out was frustrating — Guthrie didn’t play at all her freshman season. But she knew that if she kept doing what was asked of her, she would eventually get a chance.

“So I just kept working,” Guthrie said. “But it is hard at first.”

Before VCU, and at the beginning of her time with the Rams, Guthrie played a winger role, out wide in the formation. But Martin had a conversation with Guthrie at one point, about the prospect of moving to a center forward role.

Martin believed Guthrie’s skill set fit the center forward position. She had never played there in her career, but was excited about the adjustment.

She began to make the transition to her new position as a sophomore.

“And that’s really where she started to take off,” Martin said. “And we could see like, ‘Oh wow, she gets it there.’ ”

Guthrie appeared in two games her sophomore season in 2019. Then in the spring season earlier this year, Guthrie — who goes by the nickname “Beanie,” derived from a moniker her father gave her as a toddler — started 12 of VCU’s 13 games. She scored her first career goal in the Rams’ second game against Old Dominion. It was similar to the goal against JMU in that it was from roughly 20 yards out, fired above the goalkeeper’s reach.

Such strikes are Guthrie’s bread and butter, Martin said. She’s ambipedal, able to shoot effectively from both her right and left foot.

“She can read the goalkeeper’s positioning, she picks her head up,” said Martin, who also lauded Guthrie’s soccer IQ. “And if you give her that window, it doesn’t matter if it’s on her left or her right, she’s a great striker of the ball.”

The Rams, powered in part by the production of Guthrie and Co., are one of four teams off to 2-0 starts in A-10 play this fall. They secured a 1-0 win at St. Bonaventure on Thursday night, which was Martin’s 100th career win as a head coach including her two years at Georgia Southern (2011-12) and eight-plus at VCU (2013-present).

Martin said she feels good about where the group is at. And Guthrie’s personal success story could be pivotal to the Rams’ success moving forward.

“I think that Beanie can continue to make this season the best for her that she’s had yet,” Martin said. “And it most likely is already headed that direction.” 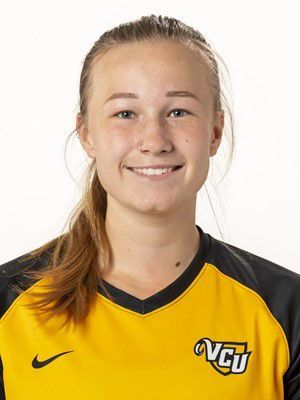 Aileen Guthrie was a winger for VCU before transitioning to center forward.