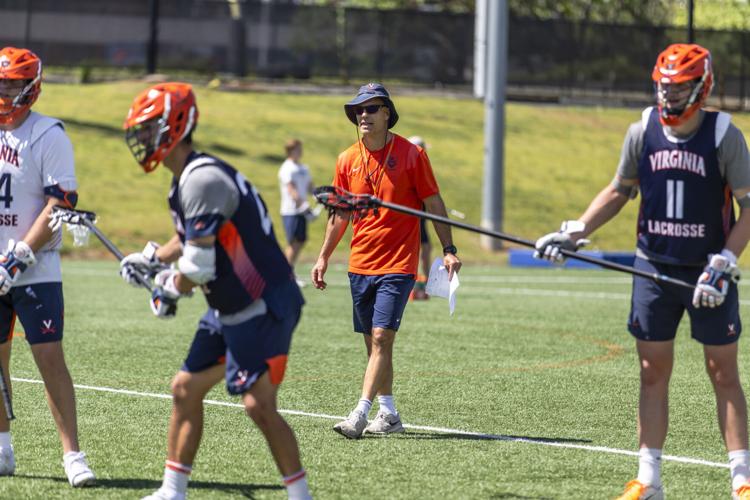 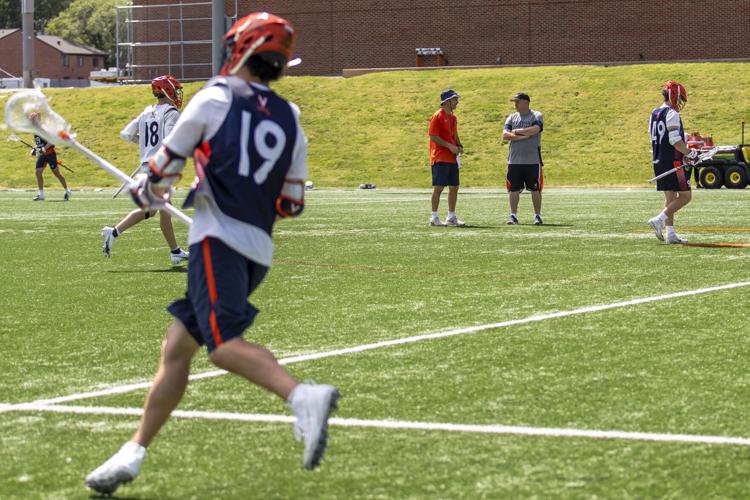 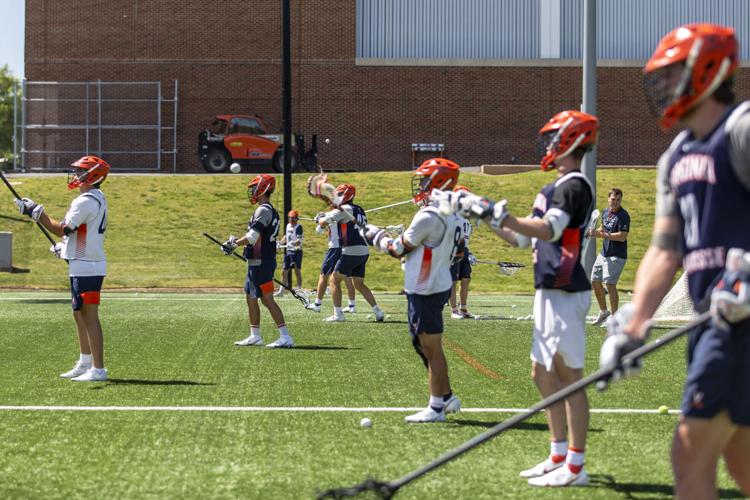 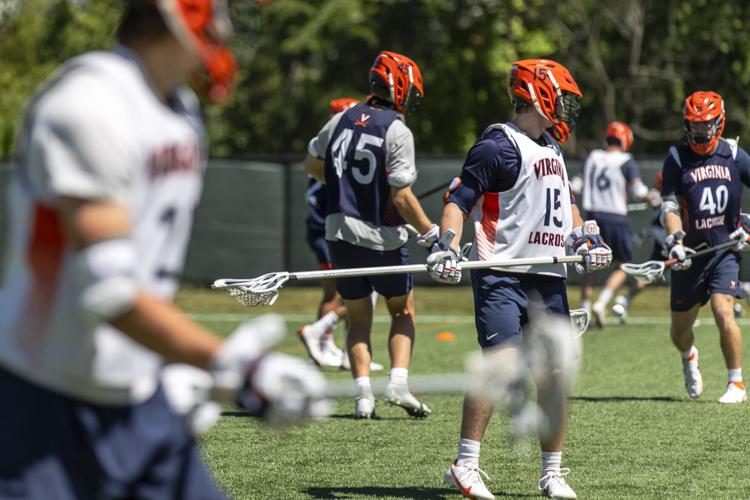 CHARLOTTESVILLE – Injuries have limited Drew Brennfleck’s playing time at Virginia, holding him to just eight appearances over the past three lacrosse seasons. He isn't expected to play Saturday night when the two-time defending national champions take on eighth-seeded Brown.

But as practice closed Wednesday, with afternoon giving way to early evening, it was Brennfleck in the center of the circle of Cavaliers’ players, delivering a motivational message about seizing the moment, a task each member of the team gets a turn at, going in numerical order by their jersey numbers.

“Eat steak while you still got teeth,” Brennfleck told his teammates, a saying he picked up from his high school coach.

Virginia hasn’t played since downing Lafayette 20-10 on April 28. In all, there will have been 16 days between games when it steps on the field to face Brown on Saturday night.

Wednesday’s practice was the final full-speed tune-up for what the Cavaliers hope will be third straight run to college lacrosse’s final four weekend.

“I like where we are right now,” said UVA coach Lars Tiffany before the nearly two-hour workout.

About 45 minutes before the day’s practice, the entire teamed gathered in the academic services trailer, part of the makeshift facilities UVA is using until its permanent buildings are constructed. Four rows of chairs, filled by the 11-3 Cavaliers, faced a big screen monitor where Tiffany and assistants Sean Kirwan and Kip Turner led the players through a breakdown of their upcoming opponent. The coaches traded off parts of the presentation, starting with an overview of the Bears’ offensive personnel – What Brown’s players did well at. What areas might they be attackable?

Turner guided his players through the scouting report, illustrated on the screen by video highlights.

Tiffany then offered an overview of UVA’s defensive game-plan, the specific details of which won’t be divulged here, for obvious reasons. But Tiffany’s talk focused on the tempo that Brown prefers to play – fast-paced, bordering on frenetic.

“Be ready at all times,” Tiffany advised his defense. “We know any time is a good time for them.”

Kirwan, in laying out the offensive approach against Brown, also emphasized the need to dictate the pace of the game, not have it dictated by the Bears. Part of that, he told his players, would come from passing up good shots for great ones.

After Turner broke down Brown’s 10-man ride, its transition pressure, Tiffany dug in on maybe the most intriguing aspect of the matchup, from a coaching standpoint. How much pressure would UVA apply to the Bears or would it play a more conservative approach, dropping back to make sure its defense is settled and in place to slow down Brown?

“Do we pour gasoline on that fire?” Tiffany asked, before presenting the answer he and the staff had decided on.

The players kept their eyes locked on the coaches throughout the presentation. Even when a train rumbled by, rattling the trailer, they remained focused.

Kirwan and the offensive players then separated, heading to the team’s locker room trailer for more specific video study. Tiffany remained with the defense in their original meeting room, reviewing the team’s scrimmage from a night earlier.

About 40 Virginia students had attended that Tuesday practice, sitting on the hillside next to the field and – at the team’s behest – heckling the Cavaliers, an attempt to simulate the hostile crowds known to show up at Brown.

Wednesday, laughter erupted in the room as some of the chatter from the fans could be heard on the video, and Tiffany – a Brown alum who coached the Bears for 10 seasons before landing the UVA job, chuckled as he recalled someone yelling, “If you were a better coach, you wouldn’t have had to leave Brown to win a national championship.”

From there, the offense and defense came back together as they walked down to their grass practice field, adjacent to UVA’s indoor practice facility.

Defenders lined up on the end line, attempting to pick off passes from teammates standing a few yards away. Turner fired tennis balls at the team’s goaltenders. And the offense weaved through a three-man passing and shooting drill.

The practice, a final full-speed workout before a lighter day Thursday and travel day Friday, was business-like, even as the team’s terminology dripped with references to Batman characters.

Tiffany was at his most demanding as he walked his players through adjustments to the team’s 10-man ride, multiple times declaring calmly but sternly, “Let’s go back and do it again,” when a player was misaligned.

Chatter was kept to a minimum, efficiency the order of the afternoon, but spirits were high on an afternoon that shifted from sunny to cloudy, with a gusty wind present the entire time.

A big save during a scrimmage period by freshman goaltender Matthew Nunes on a shot from Payton Cormier, the wizzing sound audible on the sideline, drew a “wooo” from the other players. Another gasp went up when Matt Moore lasered a shot into the cage, just over Nunes’s left shoulder.

The workout ended with a spirited five-on-five game, played on a short field the width of the actual game surface.

Afterward, Tiffany brought the team together in a circle, closing his remarks by wishing his players good luck with the last of their final exams, before turning the group over to Brennfleck.

“Take advantage of your opportunities,” he continued, after giving them a brief moment to chew on the steak line. “And we have a big opportunity being the only ACC team [still] playing in May.”

If athletic departments can afford arrays of scouts and analysts in their football programs, or any other number of luxuries, surely they can fund additional personnel to address mental health.

Connor Shellenberger, Payton Cormier and Virginia took over in the second half, turning a battle into a blowout as the Cavaliers pulled away f…

No. 5 Virginia Tech beats No. 7 Louisville for record-breaking series win

UVA lacrosse handles Brown to set up quarterfinal NCAA matchup with No. 1 Maryland

The two-time defending national champions earned their rematch with the best team in the nation this year. 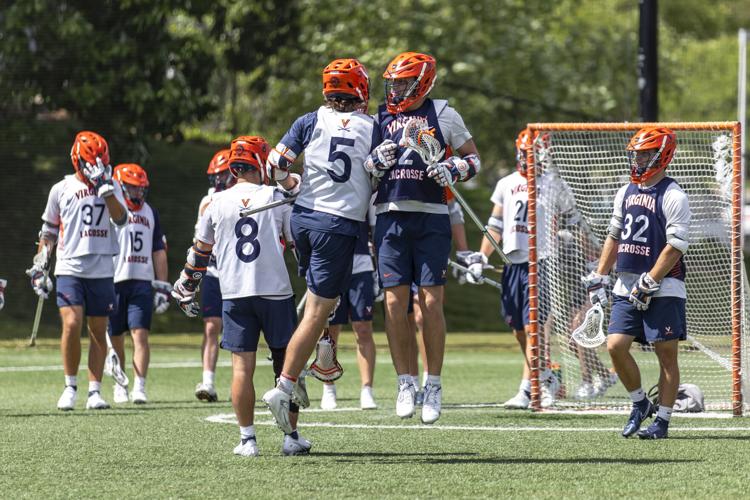 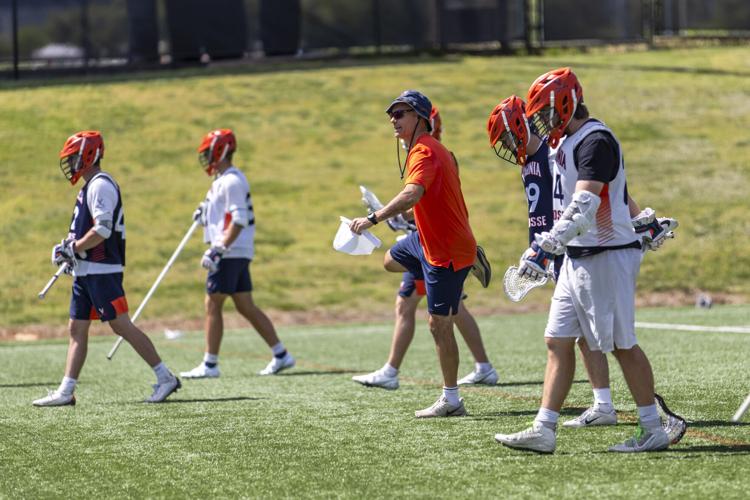 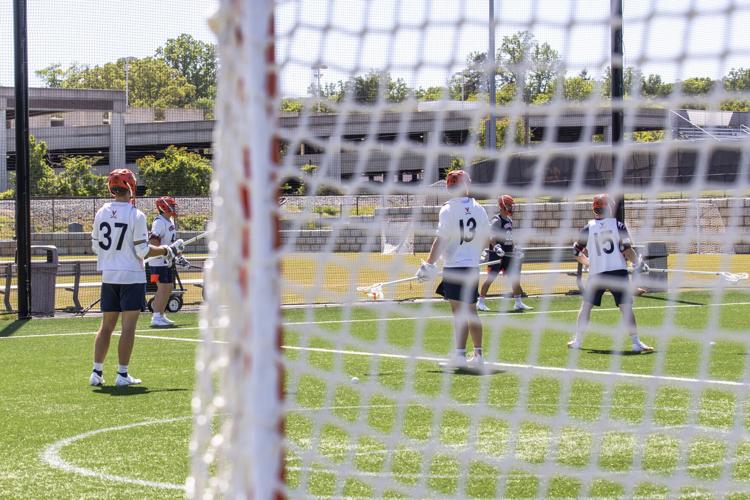