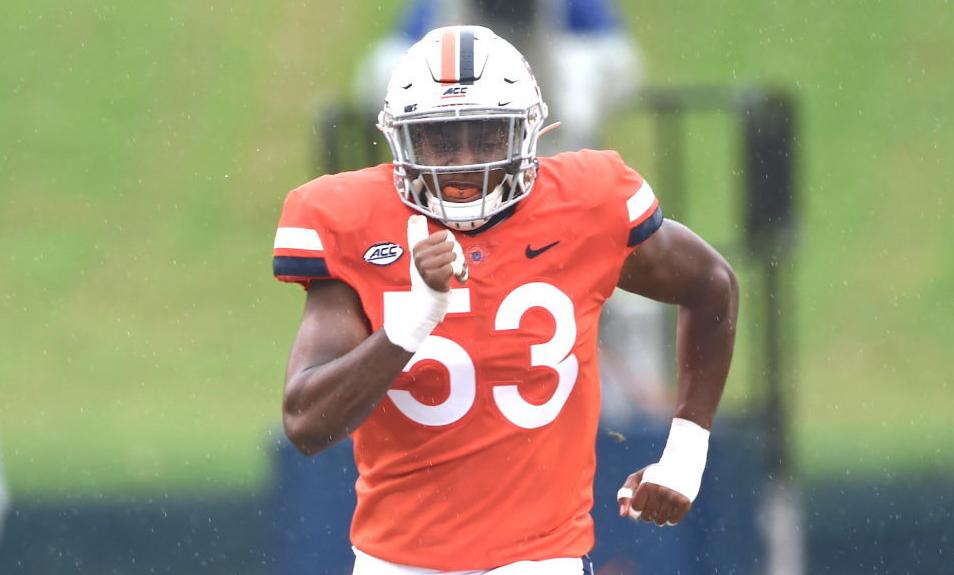 Virginia’s Hunter Stewart has emerged as a strong candidate to start at one of the two open starting linebacker positions for the Cavaliers. 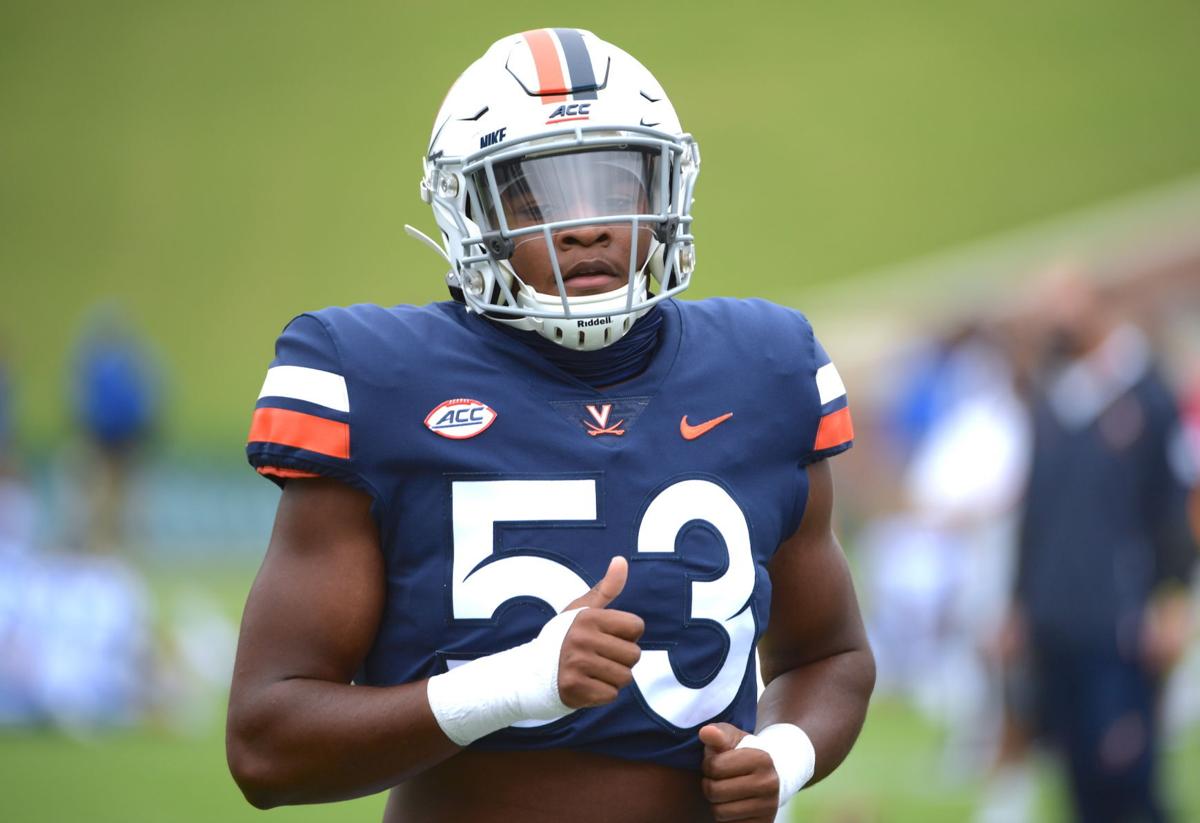 Sophomore Hunter Stewart is capable of playing inside or outside at linebacker. 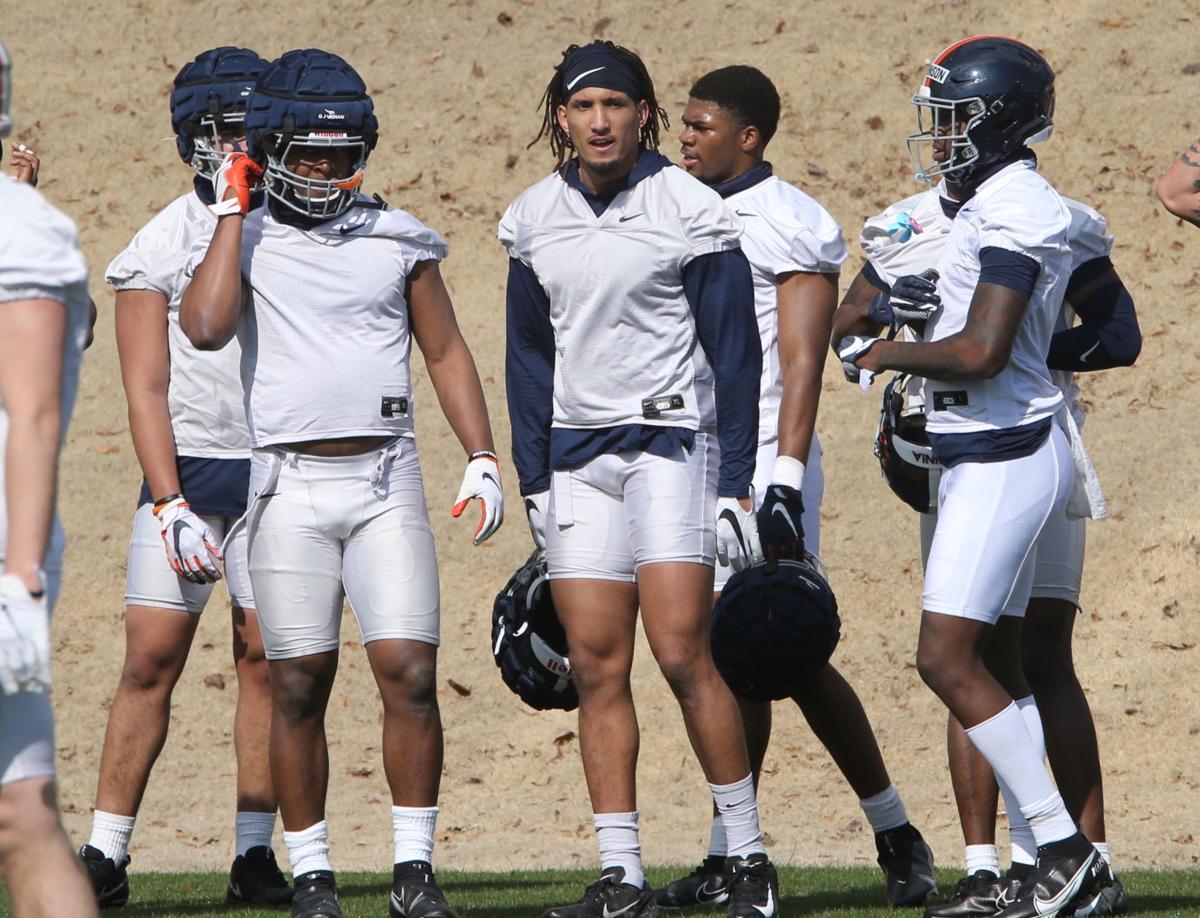 CHARLOTTESVILLE — Ever since he was a small child, Hunter Stewart dreamed about building. His earliest favorite toys were plastic construction tools. So, when it came time for college, Stewart — a sophomore linebacker at Virginia — knew he wanted to pursue an education in architecture.

On UVA’s grounds, Stewart is particularly fond of The Rotunda, Thomas Jefferson’s famed domed library built in the 1820s.

Now, Stewart is in the middle of UVA’s plans for its rebuilt linebacking corps. The unit returns stalwarts in junior inside linebacker Nick Jackson and senior outside backer Noah Taylor.

Last season, Jackson played alongside Zane Zandier, a tough and rugged presence who racked up 250 tackles the past three seasons.

Jackson finished second in the ACC in tackles and, this year, he’s a preseason all-conference pick.

Taylor lined up opposite Charles Snowden, a dynamic edge rusher now with the Chicago Bears.

Filling the other two starting spots may hold the key to this year’s defense.

Based out of a 3-4 scheme, linebackers always have been central to coach Bronco Mendenhall’s defenses, going back to his time at BYU. The Cougars’ successful defenses were built around players such as Kyle Van Noy, Cameron Jensen and Fred Warner.

At Virginia, Micah Kiser, Jordan Mack and Zandier on the inside, and Chris Peace — now a graduate assistant — and Snowden on the edge, have been impact linebackers.

This season, Jackson is a known commodity on the inside, while Taylor — if his back doesn’t become an issue again — appears poised to have a breakout season rushing from the edge. The success of the defense may come down to the play of the other two linebackers who earn starting jobs.

As he rattled off the list of names Virginia is looking at to man the second inside linebacker spot on its defense, co-defensive coordinator Kelly Poppinga’s group read like a checklist of the names he had ticked off as candidates at the second outside position.

That wasn’t a mistake. It was by design.

“When we recruited these guys, and you play a 3-4, that’s what you end up doing, is you get guys who can play both,” Poppinga said. “And I think we have some guys that have that versatility.”

Virginia has been cross-training candidates at both positions, and Stewart and senior Elliott Brown have emerged as the leaders, with junior T.C. Harrison, redshirt freshman Sam Brady and freshman James Jackson also working both inside and out.

Taylor also can play either spot, something he did at times last season.

Brown and Stewart were recruited as outside linebackers, and both said they prefer the chance to rush off the edge and operate in space to the jammed-up action of playing inside.

But it’s likely both will see plenty of action in the middle this season, starting with the team’s Sept. 4 opener at home against William & Mary.

But Brown and Stewart said the Cavaliers’ scheme affords inside linebackers ample opportunity to get involved in the pass rush thanks to an array of blitzes.

“We’ve got a slew of guys right there that we can rotate in and I feel very comfortable with,” Poppinga said.

That depth has created ample competition this preseason. Stewart said a bad day at practice can drop a linebacker from the first team to the third team overnight, keeping all the players at those positions sharp.

When he’s not working to win a starting job on the football team, Stewart said he’s learning to appreciate more and more details of the architecture around him on UVA’s grounds. It’s part of what he’s learned in some of his early courses.

This offseason, he’s hoping to travel to Greece to study the architecture there, a school trip that had to be postponed last year due to the pandemic.

“Your freshman year, they try to change the way you look at buildings,” he said. “You see more and more.”

One to watch: Elliott Brown has waited his turn behind talented edge rushers like Charles Snowden and Noah Taylor. He could be poised for a breakout season.

Virginia’s Hunter Stewart has emerged as a strong candidate to start at one of the two open starting linebacker positions for the Cavaliers.

Sophomore Hunter Stewart is capable of playing inside or outside at linebacker. 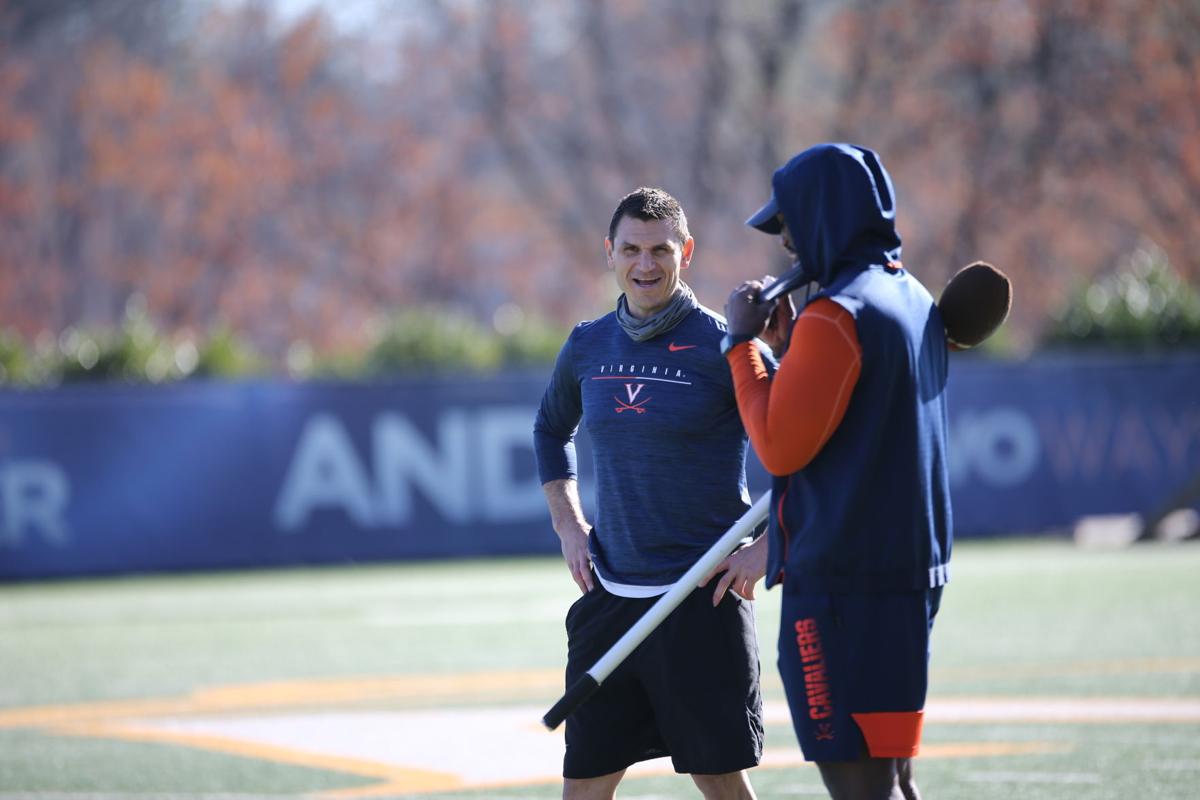