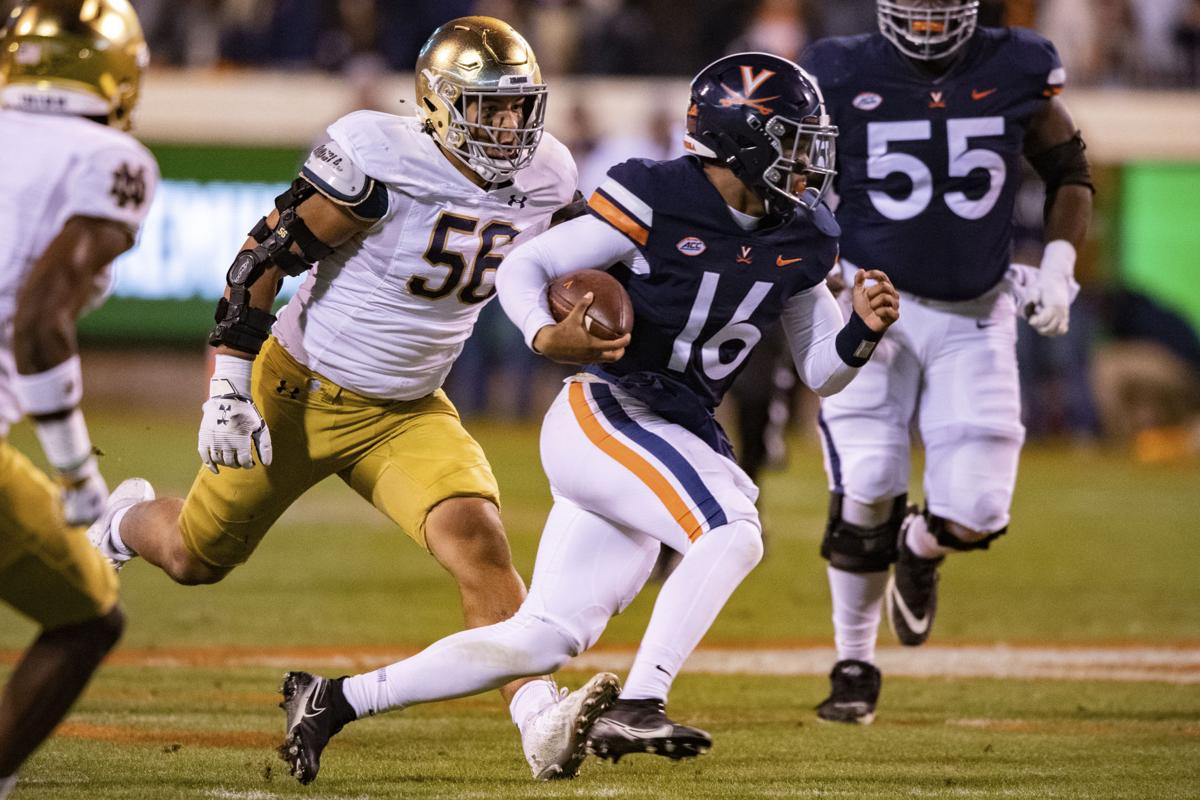 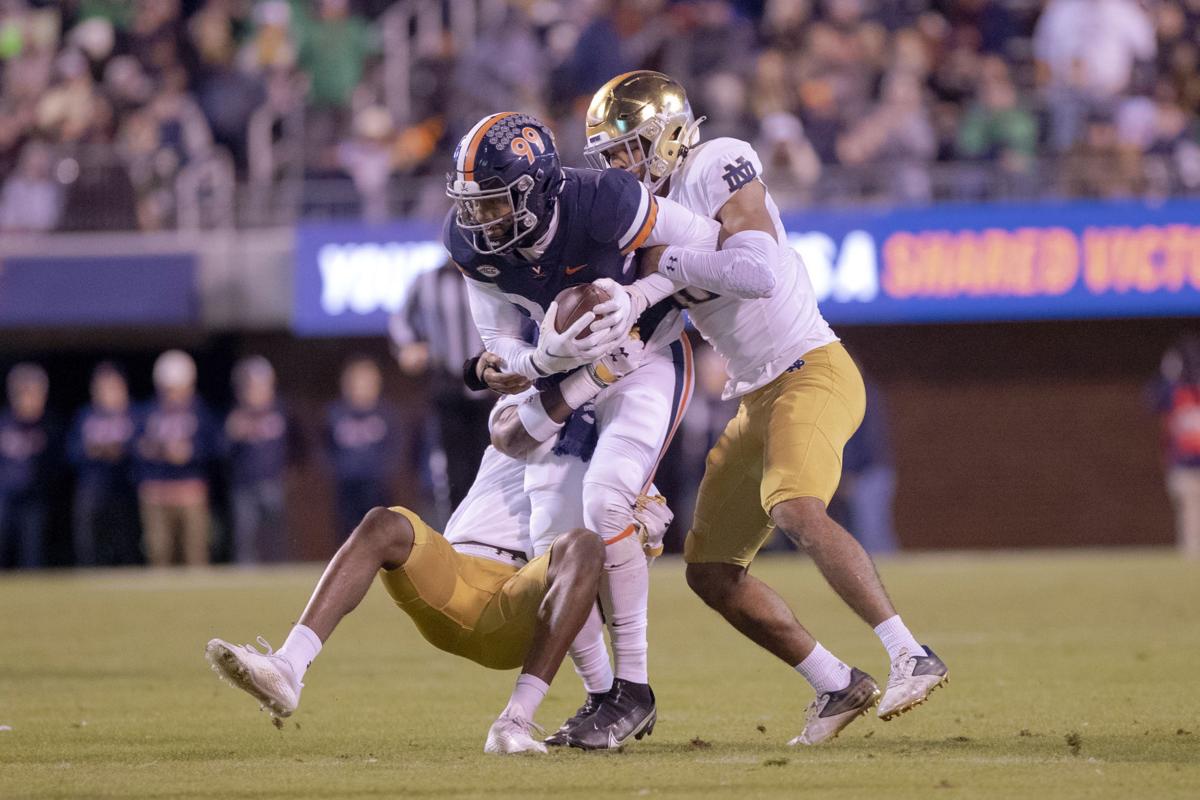 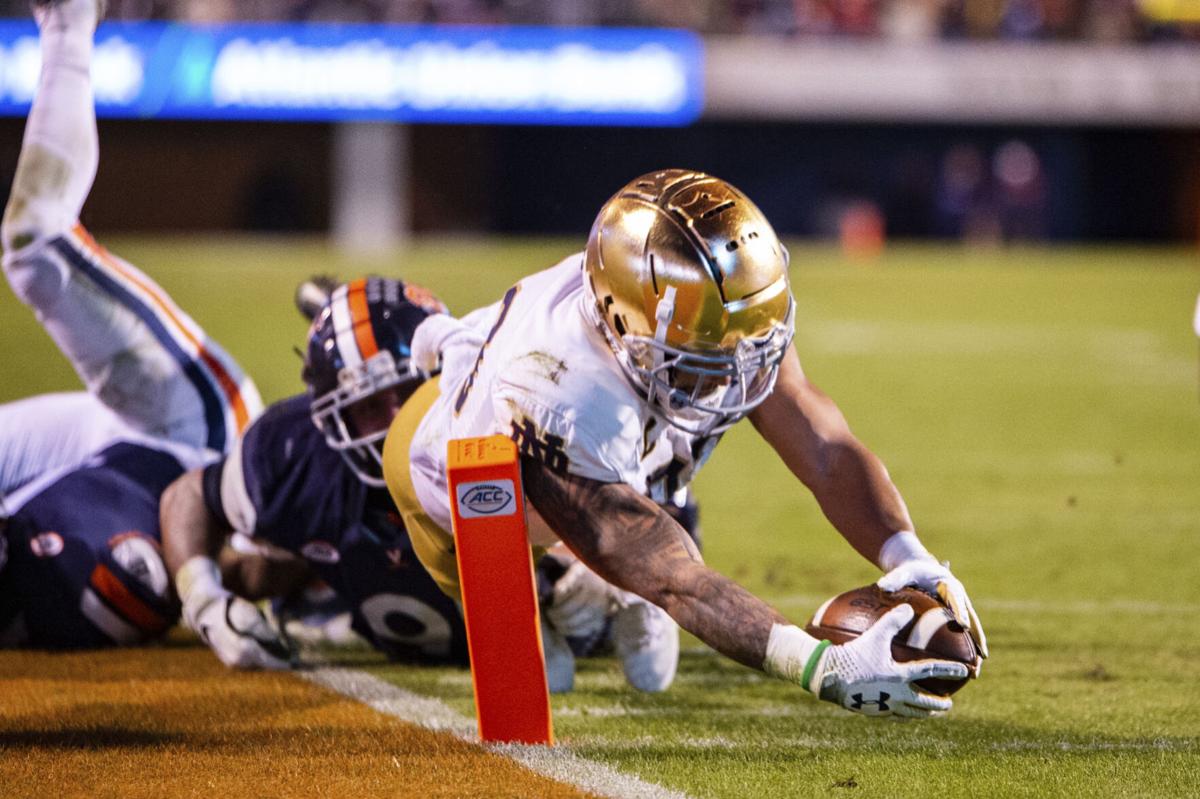 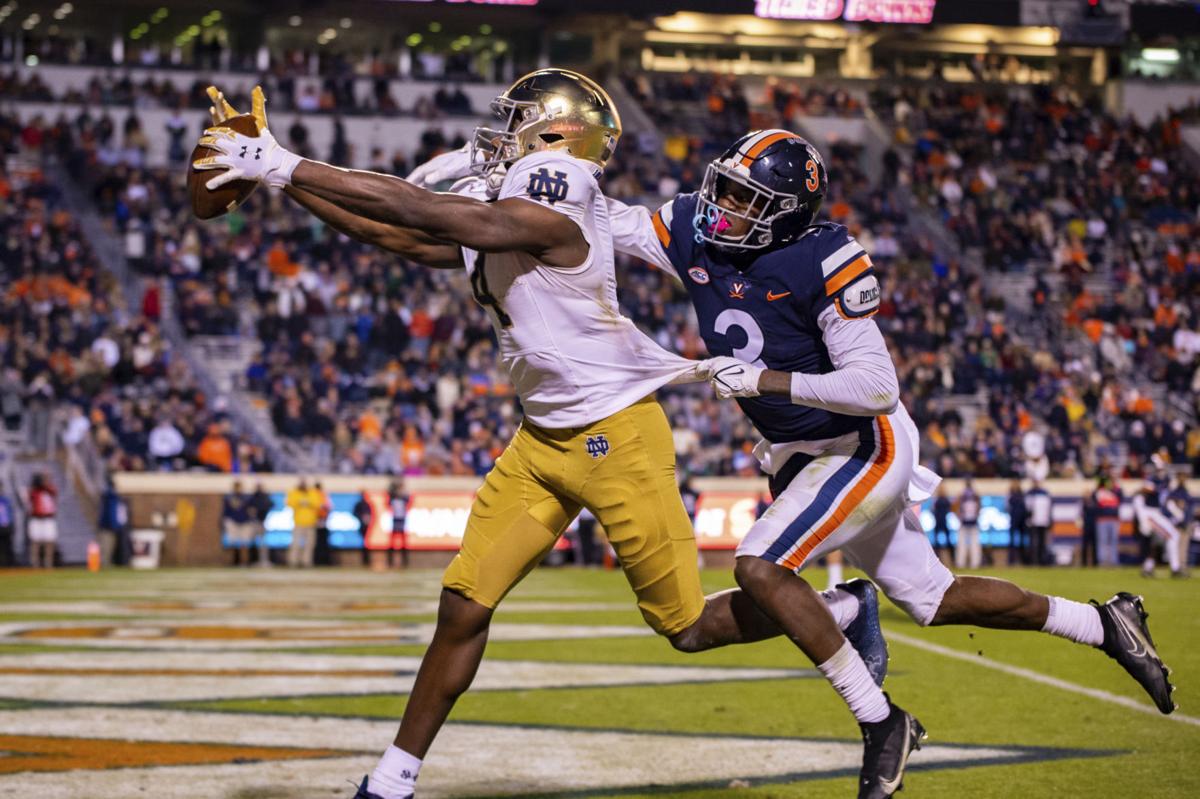 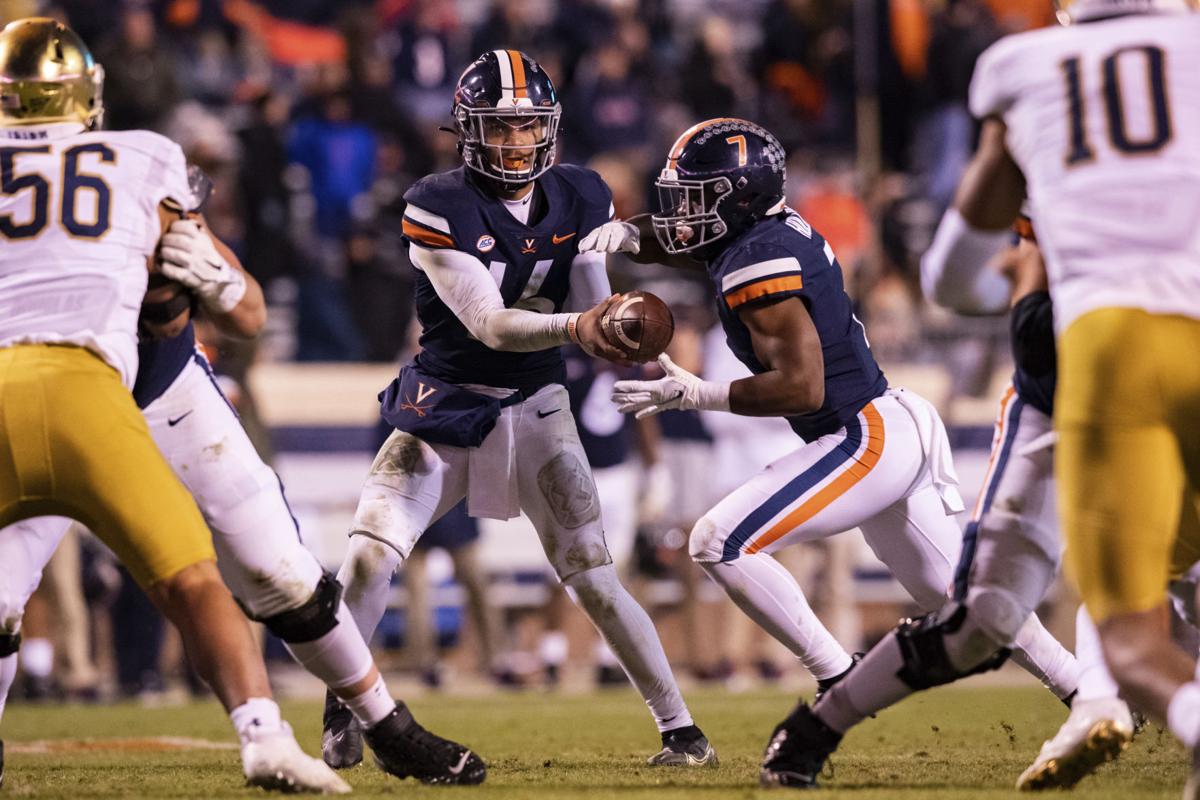 CHARLOTTESVILLE — Jay Woolfolk could have quarterbacked Virginia past No. 7 Notre Dame on Saturday night. The first true freshman to start at the position for the Cavaliers since 1977 needed a lot more help from his teammates, though.

Woolfolk needed the rest of Virginia to be at its sharpest. It was anything but.

“Everyone else has to now be better,” UVA coach Bronco Mendenhall said. “We need everyone to do more.”

That didn’t happen and the result was a 28-3 loss that never felt within the home team’s reach. From the moment punter Jacob Finn’s first punt sailed all of 14 yards and gave Notre Dame the ball at the Virginia 43-yard line to start its second possession of the game, it was clear the Cavaliers weren’t going to be their sharpest.

With Brennan Armstrong, they can still win on nights like this. Without him? Not a chance.

That’s not an indictment of Woolfolk, who showed flashes of his enormous talent and a considerable moxie, Armstrong’s signature trait. He finished 16 for 28 for 170 yards. He didn’t become the first true freshman to quarterback Virginia to a win since 1972, or the first in program history to start and throw a touchdown pass for the Cavaliers.

Woolfolk was indecisive at times and, understandably, not ready to overcome the team’s shortcomings.

And the rest of his team came up short on a nationally televised stage.

“I don’t think we did a good enough job as receivers and as an offense as a whole to just help him out and take some of that pressure off of Jay,” said senior wide receiver Keytaon Thompson, who had nine catches for 110 yards.

Virginia (6-4) hasn’t beaten a top 10 opponent since tripping No. 4 Florida State 26-21 in 2005. It’s easy to think that could have changed if Armstrong, the nation’s leader in total offense, were healthy and available.

But even with Armstrong behind center, Virginia would have struggled to block Notre Dame’s defensive front, although the Irish might have been less inclined to blitz the more seasoned and prolific Armstrong. Saturday night, they sacked Woolfolk seven times. He held the ball too long on some plays and didn’t have the experience to take recognize and take advantage of blitzes the way Armstrong has this season.

Certainly, Armstrong’s presence wouldn’t have helped UVA’s defense, which continues to struggle with its tackling, turning numerous apparently well-defended plays into big gains for the Irish. Kyren Williams, Logan Diggs, Lorenzo Styles and Braden Lenzy all broke off runs of 20 yards or longer.

Armstrong couldn’t have done much to help Finn on his shanked punt, or Brendan Farrell on his 44-yard missed field goal attempt in the third quarter.

Now, the question facing Virginia is when might its red-haired, left-handed offensive dynamo return? After the loss, Mendenhall said the team is taking things “day by day” with Armstrong, but declined to give a timetable for his return.

Despite disappointing back-to-back losses to ranked opponents, UVA still controls its destiny in the ACC’s Coastal Division. With wins over Pittsburgh and Virginia Tech the next two weeks, it would win the division title.

With Armstrong, that seems infinitely possible. Without him, far more challenging.

Especially if Virginia can’t offer more support for his replacement.

Relaxing on defense and freelancing on offense can become habitual, and with less than eight minutes remaining in Tuesday’s routine dusting of…

804 Ballers: A weekly look at every Division I basketball player from the Richmond area

Jennifer Coleman (Highland Springs) grabbed a career-high 16 rebounds in a win over Bucknell, then surpassed 1,000 points for her career in Navy’s loss to Lafayette.

"It appears this year it's a little bit more what your particular county says, or school, or city says," in terms of fans' protocols.