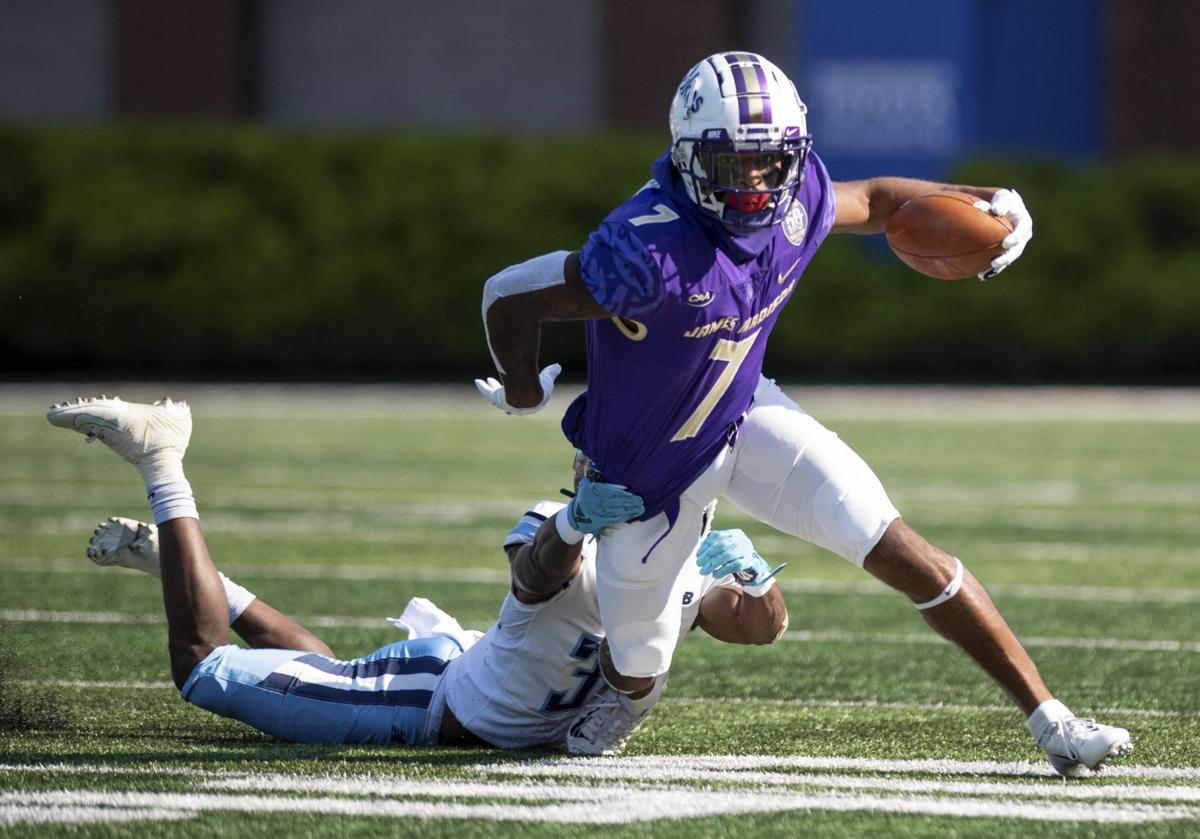 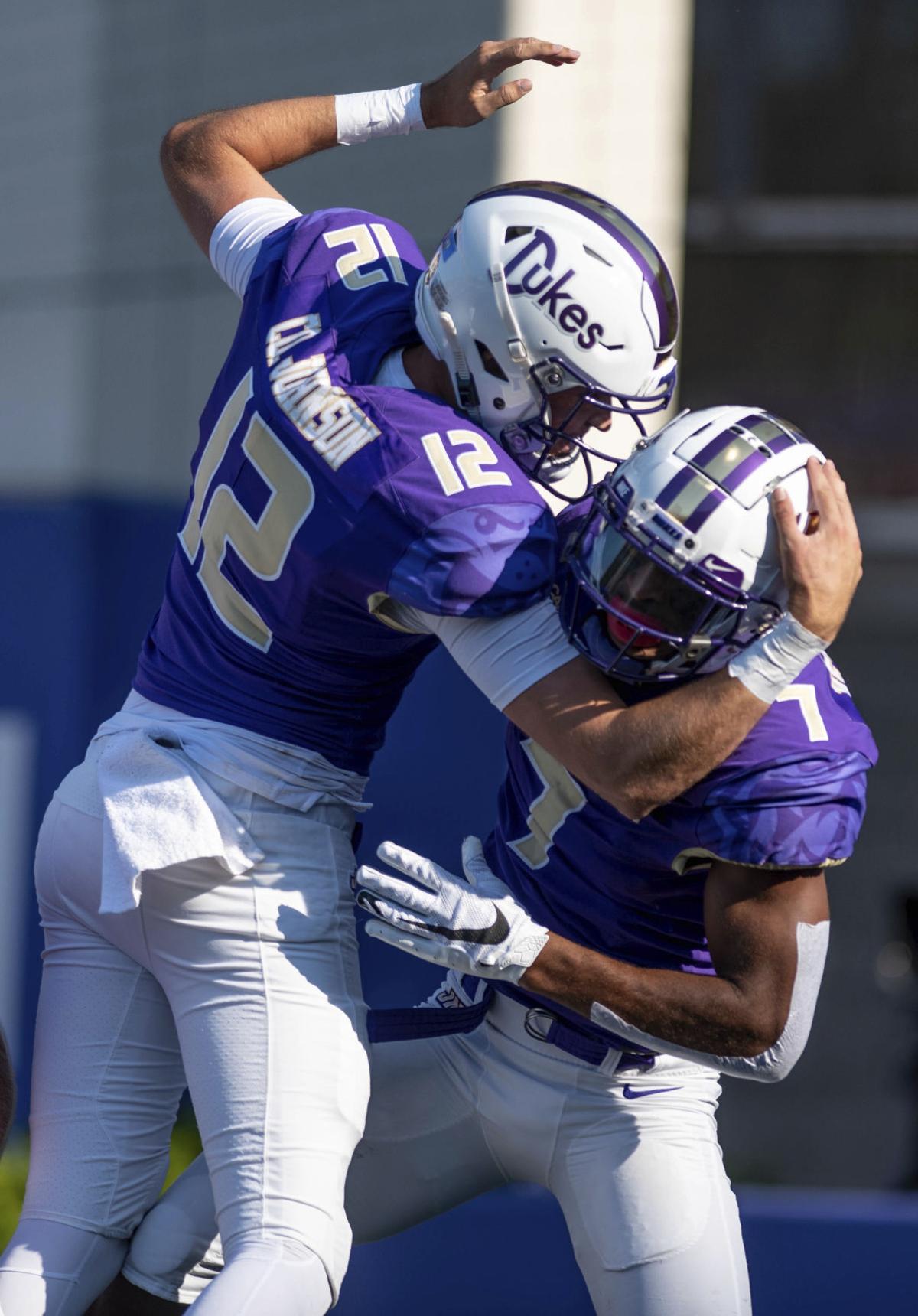 On Saturdays, spectators see the speed, explosiveness and sure-handedness that make Antwane Wells Jr. such a threat.

So after James Madison’s win over Maine this past Saturday, quarterback Cole Johnson mentioned what most people don’t get a chance to see from the redshirt freshman receiver.

Wells, a former Highland Springs standout, stays for an extra hour after the Dukes’ practices during the week to catch more passes or to work with teammates, Johnson said.

The time Wells devotes fortifies the confidence Johnson has in him on game days.

“That’s a guy who’s driven and motivated more than any receiver I’ve seen come through here,” Johnson said. “So I have so much trust in him because I know he puts in the work and he’s going to go out there and play his best and win those one-on-one matchups.”

Wells finished with career highs of eight catches for 179 yards and the two scores. The 179 yards were ninth most in one game in JMU history.

The performance backed up Wells’ breakout playoff run as a true freshman in the spring.

“And we got it,” Cignetti said.

Wells was part of a pair of state titles, in 2017 and 2018, at Highland Springs. He was first-team all-state and a second-team Times-Dispatch All-Metro selection as a senior in 2018, when he recorded 36 receptions for 880 yards and 12 touchdowns.

He played a prep school season at Fork Union Military Academy in 2019 before committing to JMU that December.

In his debut campaign earlier this year, Wells seemed to get stronger as time passed. He scored his first career touchdowns in his second and third career games, one each against Robert Morris (Feb. 27) and Elon (March 6).

Later, he followed his first career 100-yard receiving game — 132 yards and a touchdown against VMI in the first round of the playoffs — with a bigger outing: 143 yards receiving and two touchdowns in the second round against North Dakota.

Wells said Saturday that his focus in the spring was consistency. He led the Colonial Athletic Association with six touchdown receptions and his 75.4 receiving yards per game were second in the league.

Outside of the season, Wells and Johnson have linked up multiple times in Richmond in sessions with Richmond-based quarterback trainer Malcolm Bell.

The sessions have included other quarterbacks and receivers, but Wells said that when Johnson is up to throw he always makes sure to hop to the front of the line to get reps with him — building the chemistry that has been apparent in games.

“I don’t care if I go to cut the line or anything. Because, I mean, that’s my quarterback,” Wells said. “So I’m going to get every rep with him.”

On Saturday, JMU planned to try to take advantage of a Maine defense with a run-stop focus with pass plays out of run-pass option sets. It worked.

Quick throws to the perimeter helped set up the major explosive plays, like Wells’ scores.

“I think that they executed at a really high level,” Maine coach Nick Charlton said.

But there’s no secret sauce. The connection between the two stems from the training both have put in, together and apart.

On a day like this past Saturday, the rewards were big.

“I’m going to miss him next year for sure,” Wells said of Johnson.

Notes: JMU said Tuesday that running back Solomon Vanhorse has been suspended indefinitely for a violation of team rules. The Daily News-Record in Harrisonburg reported later that Vanhorse was arrested early Sunday morning for allegedly driving while intoxicated.

JMU wide receiver Antwane Wells Jr. on his approach and his big game against Maine 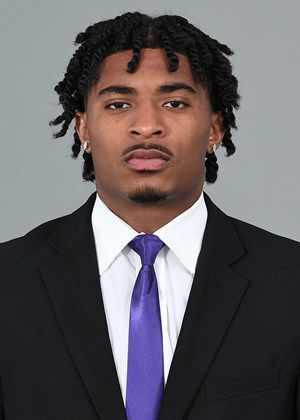