At Virginia Tech, UVA, hope for defensive improvement in 2021
0 Comments
Share this
1 of 3 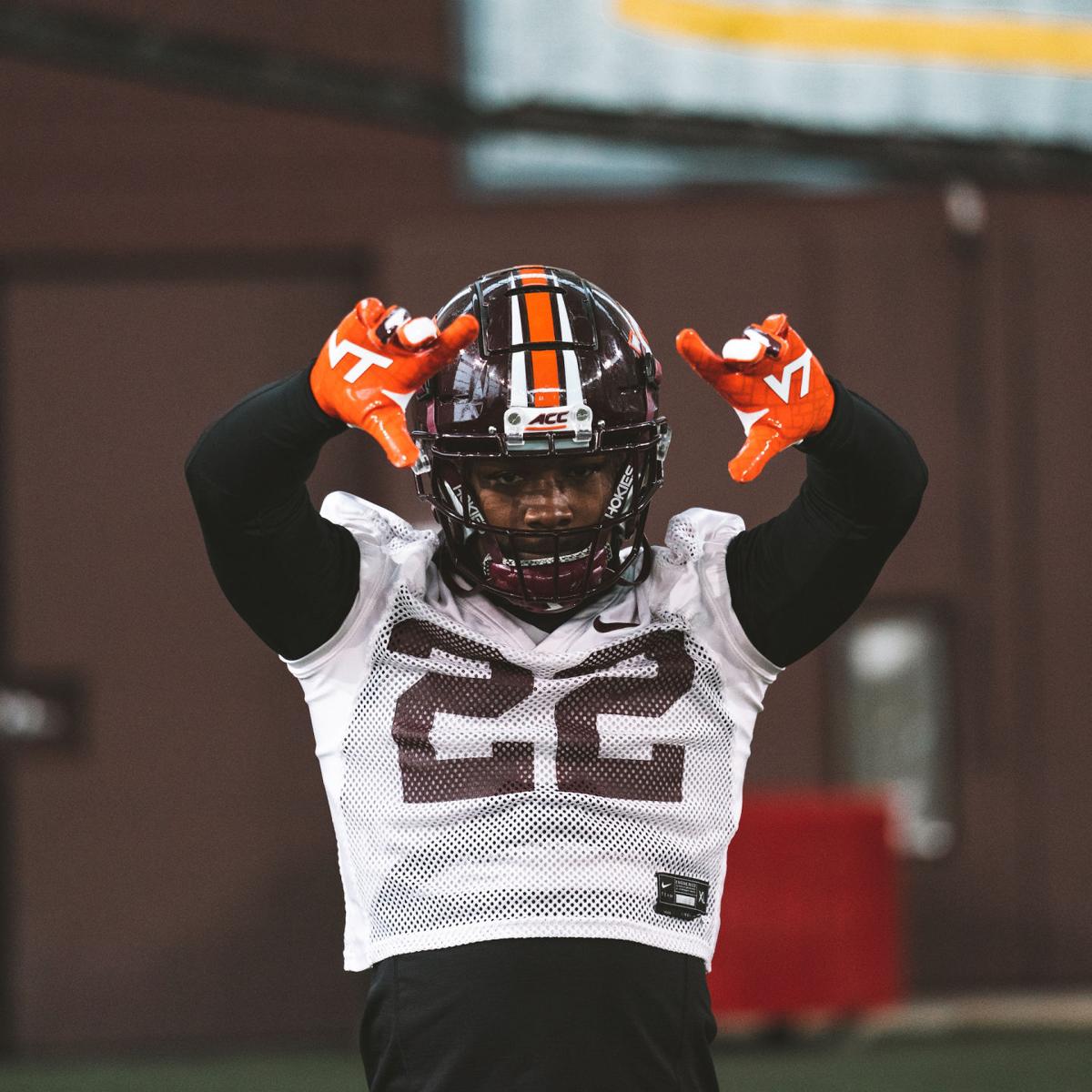 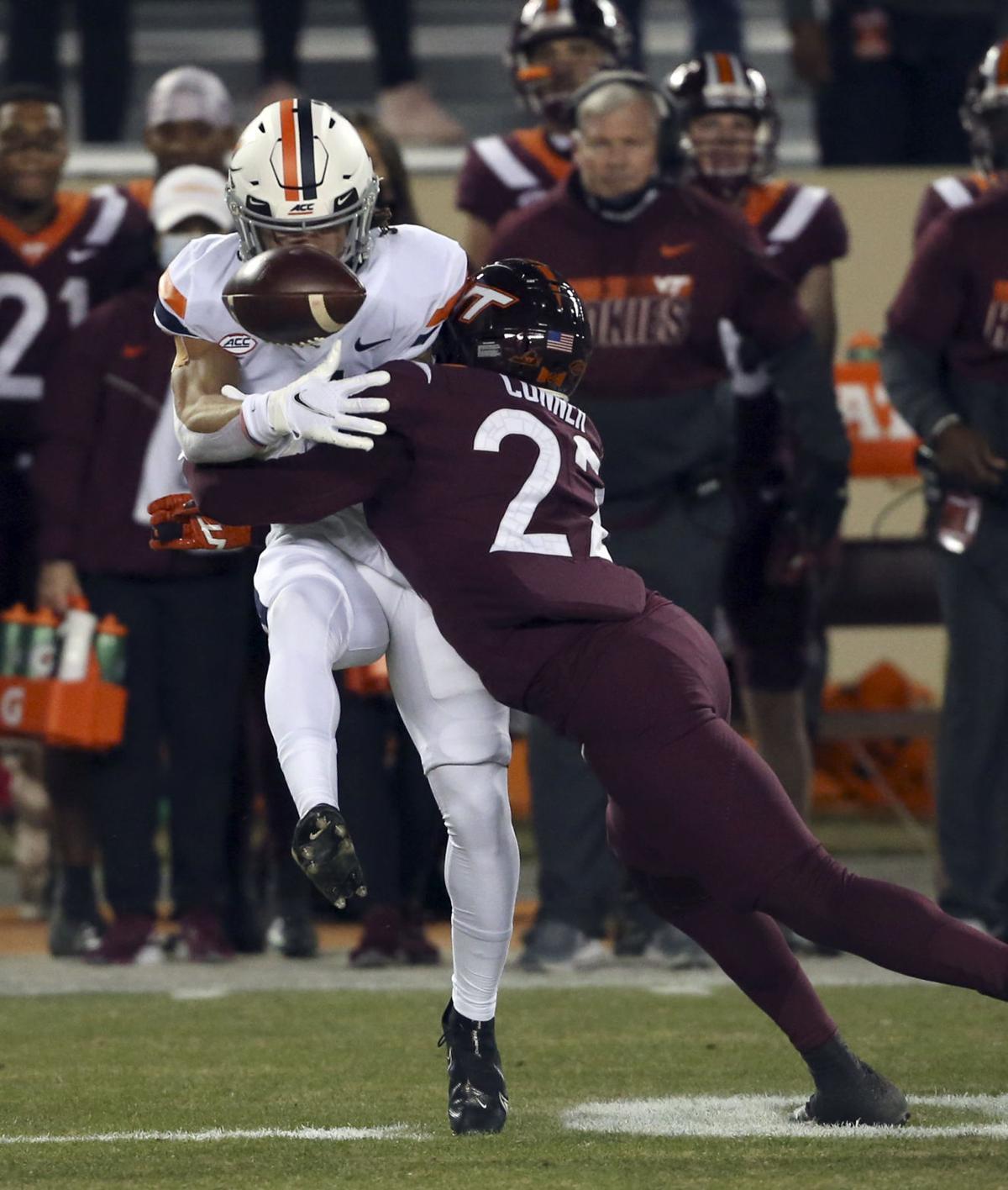 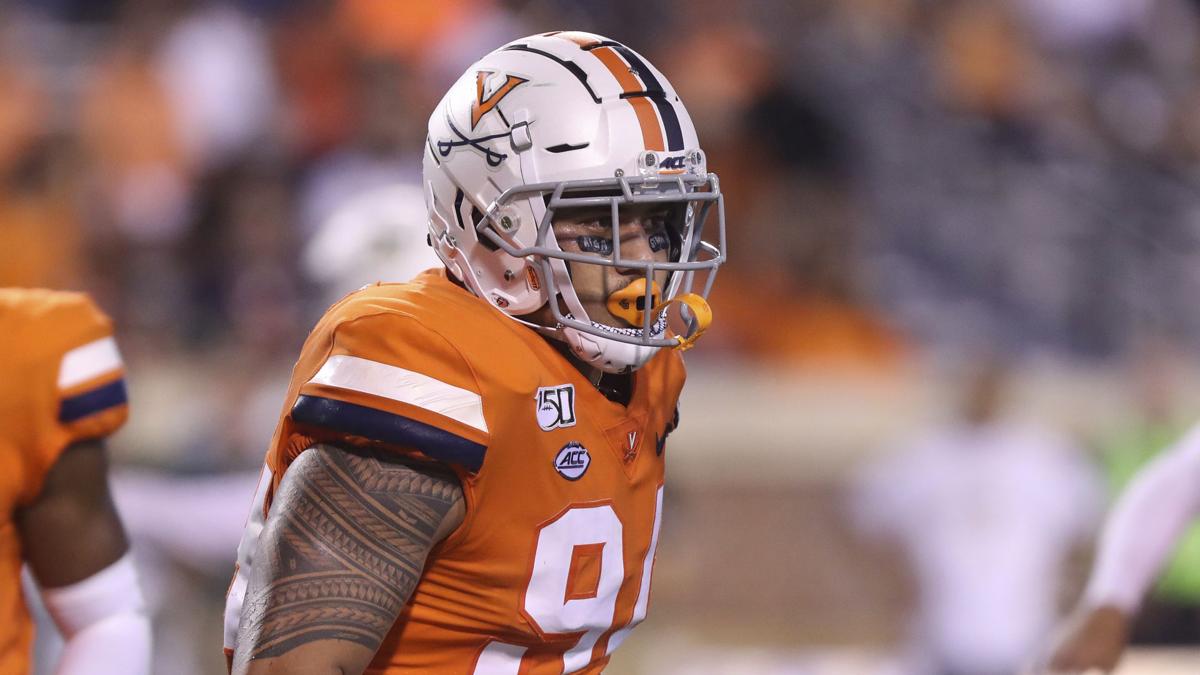 Virginia defensive end Aaron Faumui opted out last season but will be among the unit’s returning players for 2021.

CHARLOTTE, N.C. — Chamarri Conner never has been the chattiest Virginia Tech football player. Conner was so tight-lipped during his recruitment, coach Justin Fuente doubted he actually wanted to play for the Hokies at times.

But Conner’s signature smile is worth a thousand words. Asked about how much the Tech defense might improve this coming season, the unit’s second under coordinator Justin Hamilton, that smile served as Conner’s bright, toothy response.

“I think it’s going to be a drastic stride,” Conner said. “We’ve got a lot of guys back, a lot of young guys who got experience last year.”

At Virginia Tech and rival UVA, 2021 figures to be — and needs to be — a season of dramatic improvement on defense. The Hokies ranked 10th in scoring defense in the ACC, allowing 32.1 points per game, and 12th in total defense (447.5 yards per game).

The Cavaliers were only marginally better, checking in ninth in scoring defense (29.6 ppg.) and 10th in total defense (442.9 ypg.). But UVA brings back seven starters, returns defensive end Aaron Faumui, who opted out last season, and added two potential impact transfers in the secondary.

The Hokies bring back up to 10 defensive starters — the status of defensive end Emmanuel Belmar (concussion) remains unclear — and added Clemson defensive tackle Jordan Williams through the transfer portal. They also return safety Devon Hunter, who was suspended last year.

It’s why both defenses could make significant improvements.

Virginia’s major issues in 2020 were in the secondary. It gave up 29 pass plays of 30 yards or longer, the most in the ACC, second most in Power Five football and third most in the FBS.

“Social media is a big reminder of last year for us,” senior safety Joey Blount said. “Obviously, we hear enough from our coaches, but I think we were preseason ranked last in the ACC as a secondary, which is well-awarded. We did not perform the way we normally do.”

Virginia coach Bronco Mendenhall said building more depth in the secondary was a focus in the offseason.

The Hokies struggled all over on defense, floundering while adapting to Hamilton’s scheme, then enjoying a bit of a resurgence when he incorporated more of the old system Tech ran under predecessor Bud Foster.

Some of those problems likely stemmed from Hamilton not having the benefit of spring practice to install and refine his plans. A shortened, disjointed fall camp coupled with injuries and coronavirus-driven personnel issues didn’t help.

Now, Hamilton has had a full spring and offseason going into fall camp, which begins Aug. 4. Fuente said having added Jon Tenuta, a longtime Division I defensive coordinator, to the Hokies’ staff, as a senior defensive analyst, has helped Hamilton.

All of that has the Hokies’ defense in a much better position as it prepares for its Sept. 3 opener against high-powered North Carolina.

“The thing that ultimately hurt us, in a succinct way, is we could not create an identity because we had no foundation,” Fuente said. “I think we’re well on our way to establishing that foundation and creating our identity.”

So how will the defensive game plan look in 2021? Will there still be elements of Foster’s approach? Has Hamilton revised and refined his strategy?

“I would say it’s a mixture,” Conner said. “Coach Hamilton tried to simple it down so everyone can understand, so everybody can run around, move fast, play fast, instead of thinking too much.”

Virginia defensive end Aaron Faumui opted out last season but will be among the unit’s returning players for 2021. 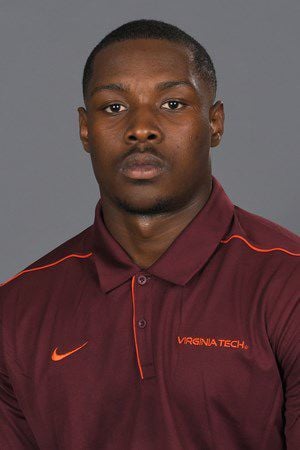