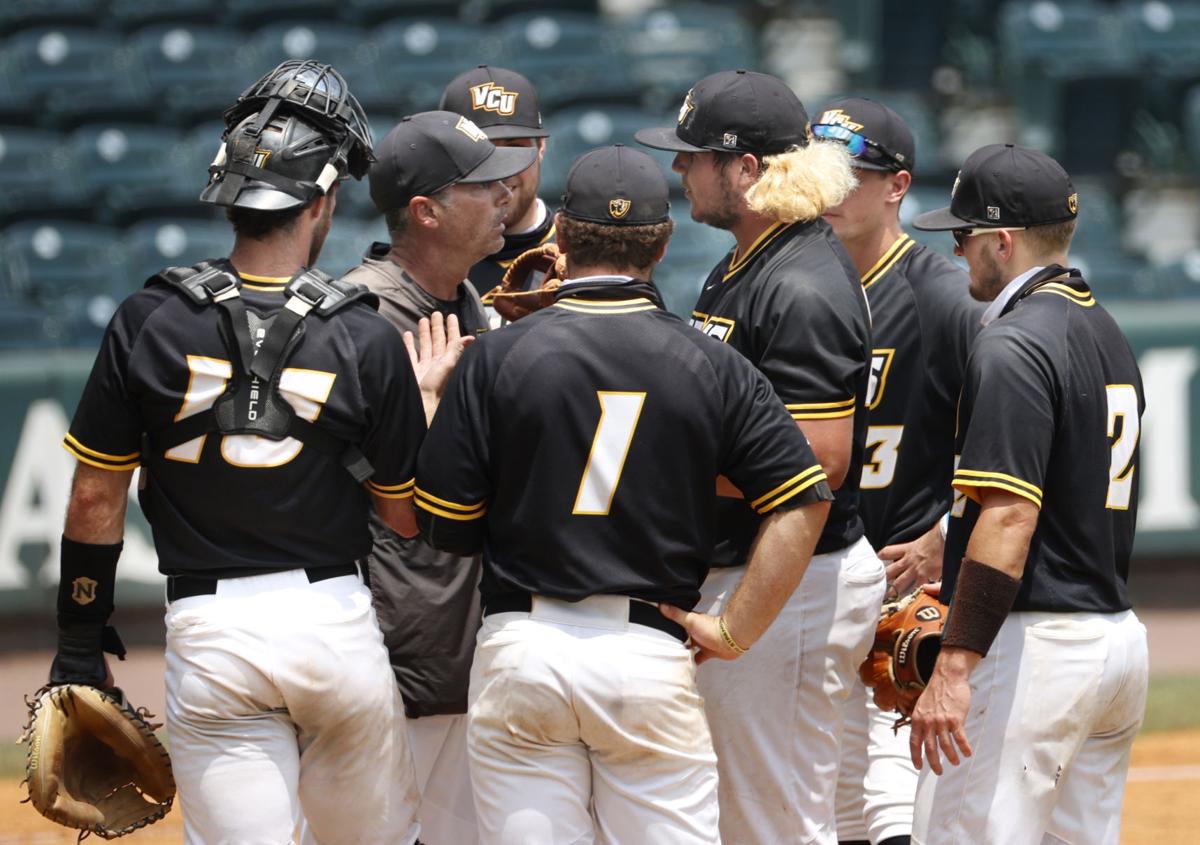 VCU pitching coach Mike McRae, shown talking to pitcher Andrew Ward in the Rams’ recent win over Rhode Island in the A-10 tournament, has the confidence of head coach Shawn Stiffler in making decisions about VCU pitchers. 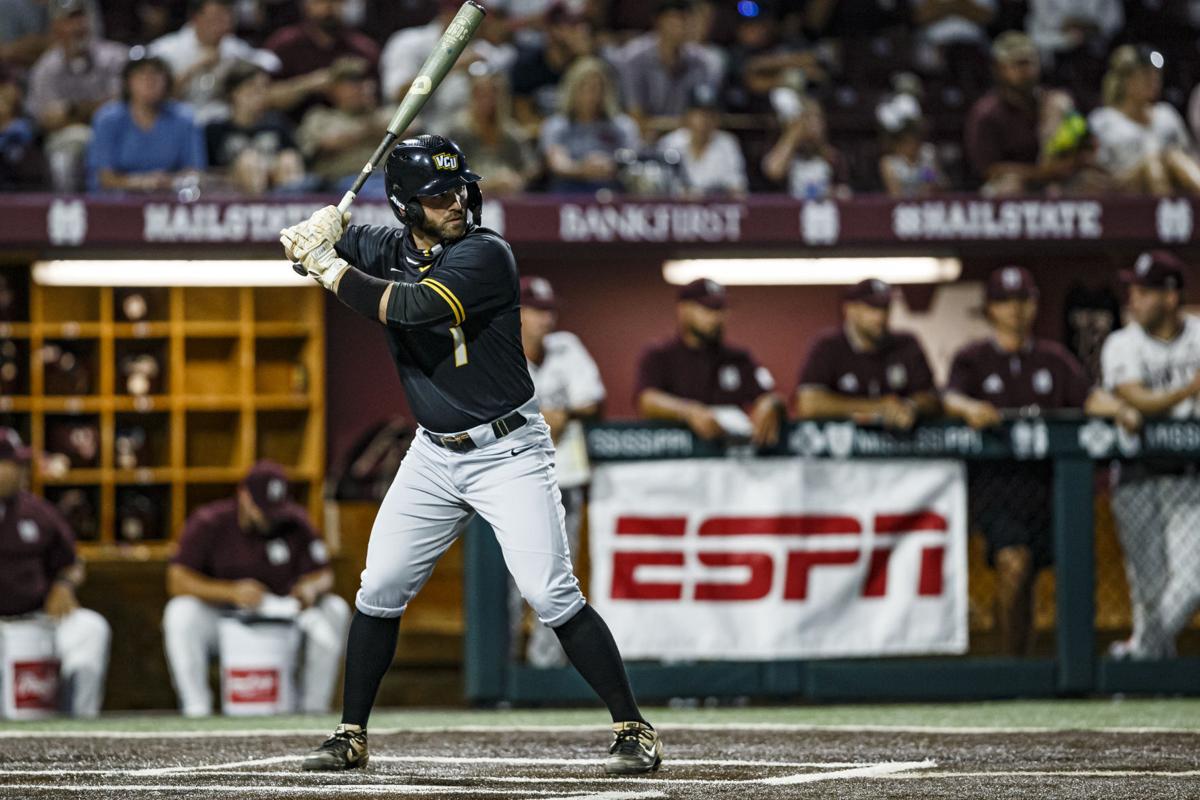 Shortly after his team’s season ended late Sunday night with a 19-10 loss to Campbell in a Starkville (Miss.) Regional elimination game, VCU coach Shawn Stiffler reflected on the past year plus.

After the Rams’ season was stopped in mid-March 2020, just 17 games in, because of the COVID-19 pandemic, they knew that when the time came to return they wanted to do more than that. They wanted to make gains.

“And that’s always been kind of our thought process,” Stiffler said.

And, through the disappointment of a 2021 season that reached its end, Stiffler could say Sunday his program achieved its aim. He said it didn’t slip backward in a season unlike any other. Instead, he said, the program propelled forward.

VCU constructed a program-record 22-game win streak, the longest in the country before it was snapped against regional host Mississippi State over the weekend. The program won its second Atlantic 10 tournament title to advance to a 12th NCAA tournament. VCU won more than 30 games for the seventh full season in a row.

The ride concluded earlier than Stiffler and Co. would’ve liked. But they’re not likely to forget the journey.

“I’m not even sure I have my head around everything that we accomplished,” Stiffler said. “And just very proud.”

Ultimately, the Rams ran out of gas during the weekend, Stiffler acknowledged. Amid a long weekend of regional play, which started with a 19-4 win over Campbell on Friday and continued with a 16-4 loss to Mississippi State that didn’t end until the early hours of Sunday morning, VCU reached a point Sunday night against Campbell when it was essentially out of bullpen options.

That point came in a tough spot, two-thirds of the way through against the Camels. Campbell slipped past VCU with a five-run sixth inning and left the Rams in the dust.

On Sunday, VCU took a 4-0 lead with no outs in the first inning on an RBI single by Liam Hibbits and a three-run home run from Brandon Henson.

Jack Schroeder’s two-run homer and Connor Hujsak’s three-run shot in the top of the sixth inning gave VCU a 10-7 lead.

The Rams, meanwhile, had closer Evan Chenier in the game in relief of starter Maddison Furman (St. Christopher’s). The plan, Stiffler said, was to have Chenier carry the bulk of the middle-inning work, then have Tyler Davis close it out.

But after Chenier gave up consecutive walks to start the fifth inning, VCU turned to Davis earlier than it intended.

And the freshman hit a rough patch in the sixth. Campbell put two on via singles. Davis worked two outs on fly balls, but things began to unravel after he hit Grant Harris with a pitch to load the bases.

Davis issued three consecutive bases-loaded walks, allowing the Camels to tie the game at 10, before Connor Denning drove in two more runs on a double.

With the short bullpen — coming off two prior weekend games, exacerbated by the 27-player travel roster limit for the NCAA tournament and with a Monday game in mind if they won the Rams stuck with Davis.

“We knew the game wasn’t going to end as a low-scoring affair, and Tyler’s been our best all year,” Stiffler said. “And I didn’t think his misses were that bad. And [pitching coach Mike McRae], I trust him with every decision when it comes to those pitchers, and he felt like that was the best option for us.”

VCU never escaped the hole after Campbell’s five-run sixth inning. With four more runs in the seventh and three in the eighth, the Camels put the contest out of reach.

After the game, Stiffler said what he’ll take from the season is the resolve of the young people he coached — players who pushed through a challenging 2020 to make history with the 22 consecutive victories in 2021.

Freshman Tyler Locklear, who became the first player to be named both the A-10’s player and rookie of the year in the same season, recalled Sunday that coming off the Rams’ last loss before the streak, on April 11 against George Washington, Stiffler told the players they would experience the best time of their lives.

“And it was just an awesome ride to have with these guys,” Locklear said. “And they’re my best friends and I’ll love them forever. And I wouldn’t trade it for the world.”

Stiffler saw that his program’s culture came through this year, stewarded by the players.

In their return to play this year, they excelled.

“I have so much respect for this club. That’s to say the least,” Stiffler said. “I’m just so thankful they brought me along for this.”

VCU pitching coach Mike McRae, shown talking to pitcher Andrew Ward in the Rams’ recent win over Rhode Island in the A-10 tournament, has the confidence of head coach Shawn Stiffler in making decisions about VCU pitchers. 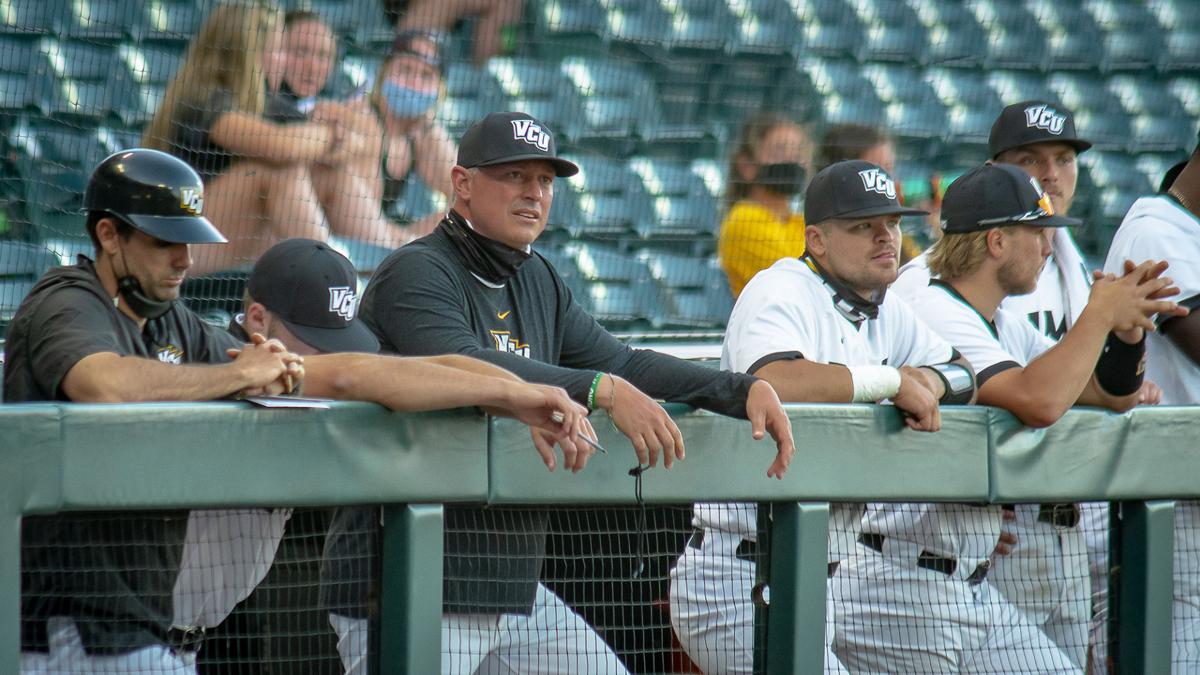 Shawn Stiffler was not pleased with the Rams’ lack of prudence at the plate.