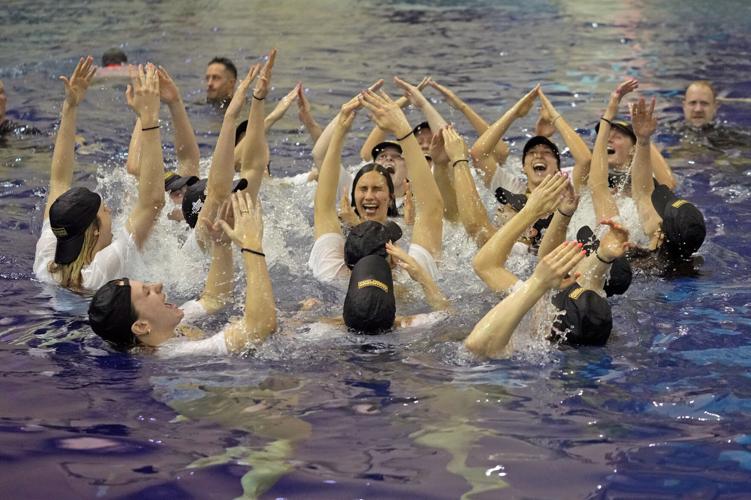 The Virginia women’s swimming and diving team was one of two Cavaliers teams to win a national title this year, the ACC’s best mark. 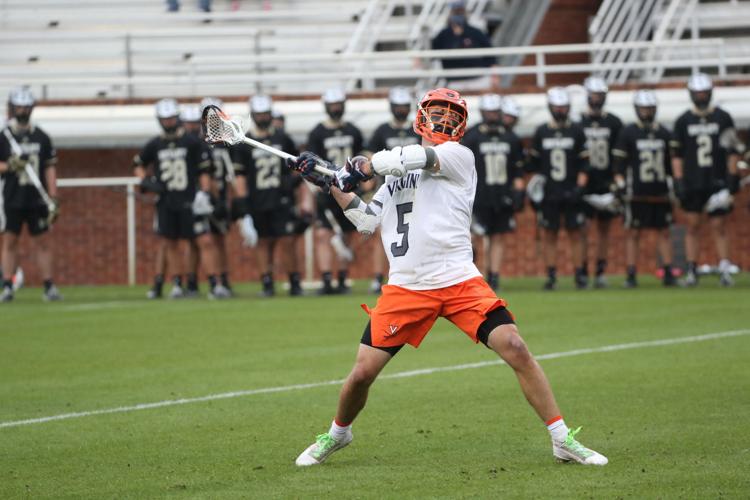 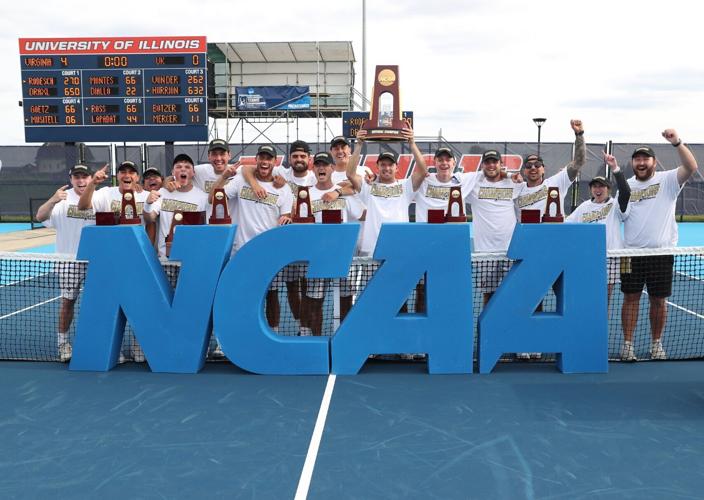 Members of the Virginia men’s tennis team celebrate after beating Kentucky for the NCAA championship on Sunday in Champaign, Ill. 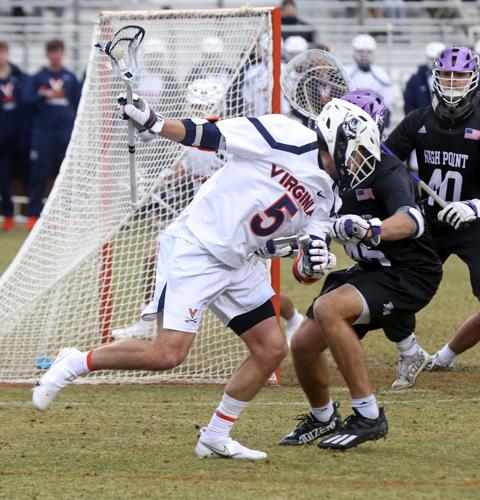 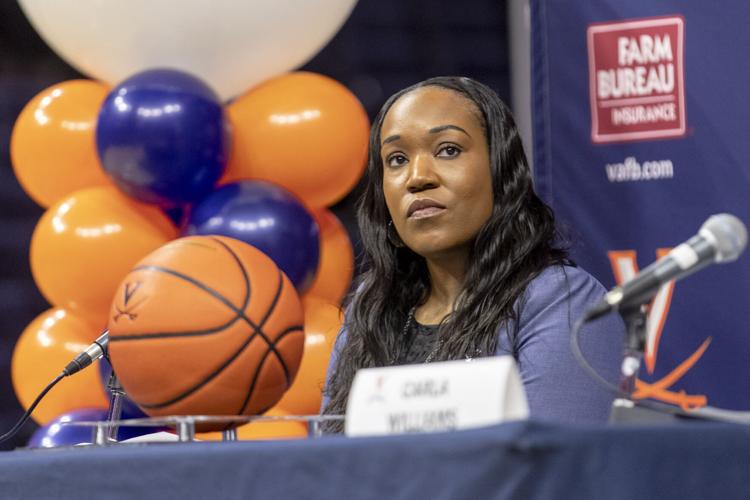 Amaka “Mox” Agugua-Hamilton had early success, particularly in recruiting, as she seeks to rebuild the UVa women’s hoops team. 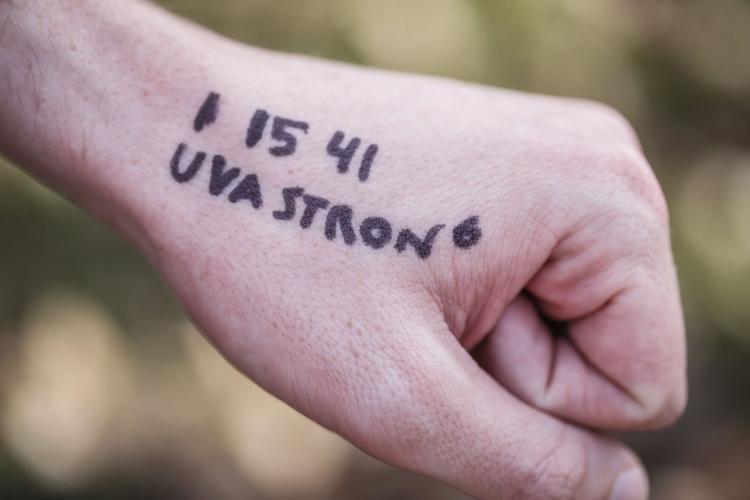 Thomas Cook, of Lynchburg, Va, after running in the 4th Year 5K on Saturday, November 19, 2022 at University of Virginia in Charlottesville, Virginia. On Sunday, Nov. 13, 2022, football players from Devin Chandler, Lavel Davis Jr. and D'Sean Perry were shot and killed by a teammate following a school field trip to Washington D.C. 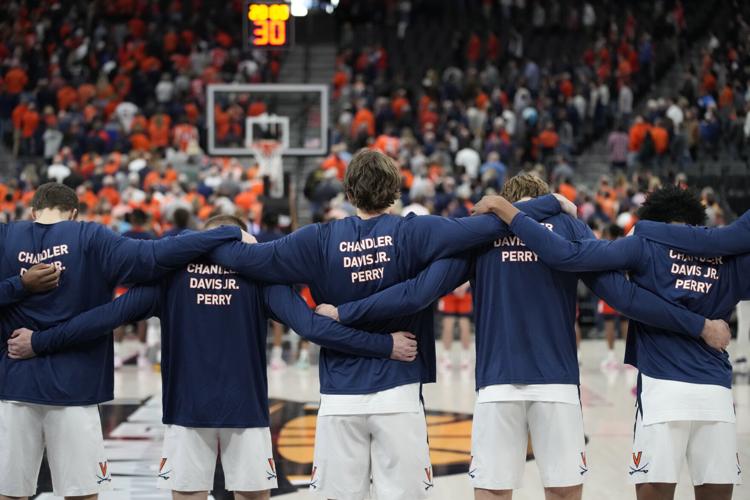 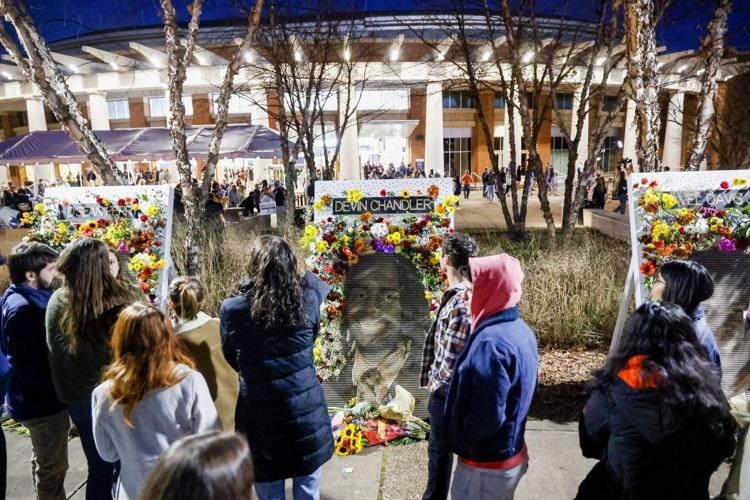 There’s no avoiding the most significant story in Virginia athletics this year. And no one should try.

The Nov. 13 on-campus shooting deaths of football players Devin Chandler, Lavel Davis Jr. and D’Sean Perry rocked the school and the community, and its impact reverberated throughout college sports.

Later that week, after playing the second of two basketball games in Las Vegas, senior forward Jayden Gardner said something that stood out to me as the important thought of the time. That grieving the victims was not something that would — or should — ever end at UVa.

This wasn’t a tragedy to get over.

“This isn’t a one day, one week, type of thing,” Gardner said that day. “We’re going to remember these guys forever. I think 1, 15, 41 will live forever in our hearts.”

At Virginia, 2022 was the year Chandler, Davis and Perry were lost in a terrible tragedy. 2023, and beyond, will be a time to keep honoring their memories. That will happen on fields and courts, locker rooms, weight rooms and classrooms.

That’s also where UVa athletes will create new memories and help bring healing to their community, memories like the ones that played out over the past 12 months.

These were the five biggest sports stories of 2022 at Virginia:

1. Virginia women dominate the water: The best story of the year in Virginia sports was easy to choose and impossible to slow down. Led by Olympians Kate Douglass and Alex Walsh, the UVa women’s swimming and diving team claimed its second straight national title.

“I think they wanted to make a statement, and they didn’t want the meet to be close,” said Virginia coach Todd DeSorbo.

2. Men’s tennis gets back on top: When Andres Pedroso took over the UVa men’s tennis team in 2017, the program had just captured three straight NCAA championships. Former coach Brian Boland had built a winning culture and the expectation was that Pedroso, once he rebuilt the roster, would continue it.

“The job is a lot more fun with that expectation,” he said.

A five-match losing streak earlier in this season may have left some thinking this wouldn’t be the Cavaliers’ year. But Pedroso’s team rattled off 23 straight victories, winning the ACC and then the NCAA championships.

Senior Gianni Ross, Pedroso’s first recruit in 2017, clinched the 4-0 win over Kentucky in the national championship match, making Virginia the only ACC program to claim multiple national titles in 2022.

3. Marquee programs struggle: It wasn’t all winning in 2022 for Virginia. Tony Bennett’s national-power men’s basketball team missed the NCAA tournament for the first time since 2013. After his team’s NIT quarterfinal loss to St. Bonaventure, Bennett said bluntly, “We must improve.” And with its top six scorers back for the 2022-23 season — and early wins over Baylor, Illinois and Michigan — it looks like they have.

Tony Elliott’s first season leading the Cavaliers’ football program ended with a 3-7 record, the school canceling its final two games after the shooting tragedy. That snapped a run of being bowl eligible for five straight seasons. Virginia struggled despite bringing back star quarterback Brennan Armstrong and a host of talented wide receivers. Now, Elliott must turn things around while largely rebuilding on that side of the ball.

“That was one of the coolest moments of my life,” said Moore after that game.

Moore finished his career with 143 goals (second most in school history) and 134 assists (fifth), playing in 73 games and helping UVa win a pair of national titles. But Moore’s senior season ended in an NCAA quarterfinal loss to Maryland.

5. Coach Mox era off to a hot start: Virginia women’s basketball had become, at best, an afterthought under former coach Tina Thompson. At worst, it was the embodiment of the popular dumpster fire internet meme.

That changed with the hiring of new coach Amaka Agugua-Hamilton. Coach Mox, as she likes to be known, and hometown star Samantha Brunelle, who transferred from Notre Dame, have the Cavaliers back in a big way. They won their first 12 games and go into the new year with plenty of reason for optimism.

Move over Lakers, UVa hoops games are the new place for celebrities to be seen

Jalen Hurts, Steph Curry and Michael Vick have all taken in UVa basketball games this season.

Stuck in the portal: Virginia's All-ACC linebacker one of more than 120 ACC players who hasn't found a new home

Despite a 3-8 record in his first season as the Hokies coach, Brent Pry believes his program took a lot of positive momentum into this offseason.

Desperate team, talented team, home team. Virginia Tech was all of the above Saturday for its noon tip against No. 6 Virginia. The question wa…

VCU's Nick Kern Jr. loved St. Louis, but knew he had to leave to reach his potential

"He just has knack for wanting to see his teammates do well. It’s contagious. He’s always positive. He’s always picking someone up.”

The Virginia women’s swimming and diving team was one of two Cavaliers teams to win a national title this year, the ACC’s best mark.

Members of the Virginia men’s tennis team celebrate after beating Kentucky for the NCAA championship on Sunday in Champaign, Ill.

Amaka “Mox” Agugua-Hamilton had early success, particularly in recruiting, as she seeks to rebuild the UVa women’s hoops team.

Thomas Cook, of Lynchburg, Va, after running in the 4th Year 5K on Saturday, November 19, 2022 at University of Virginia in Charlottesville, Virginia. On Sunday, Nov. 13, 2022, football players from Devin Chandler, Lavel Davis Jr. and D'Sean Perry were shot and killed by a teammate following a school field trip to Washington D.C.