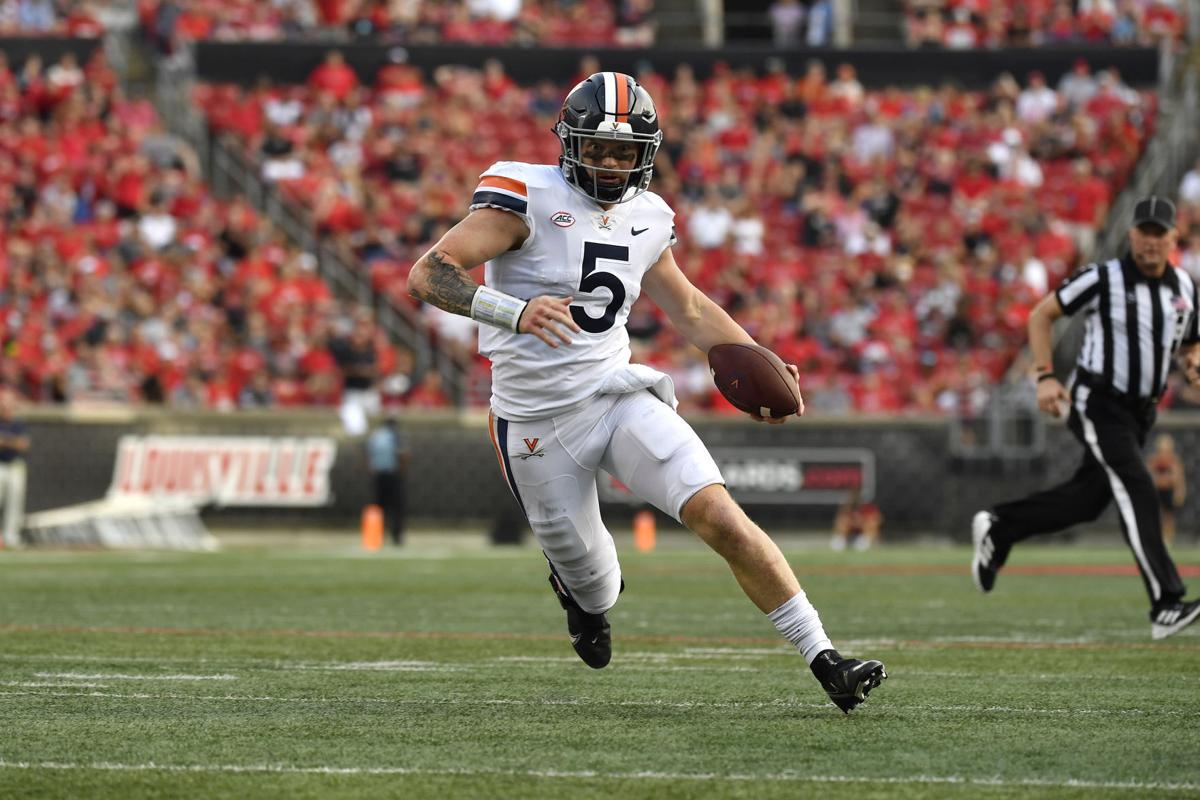 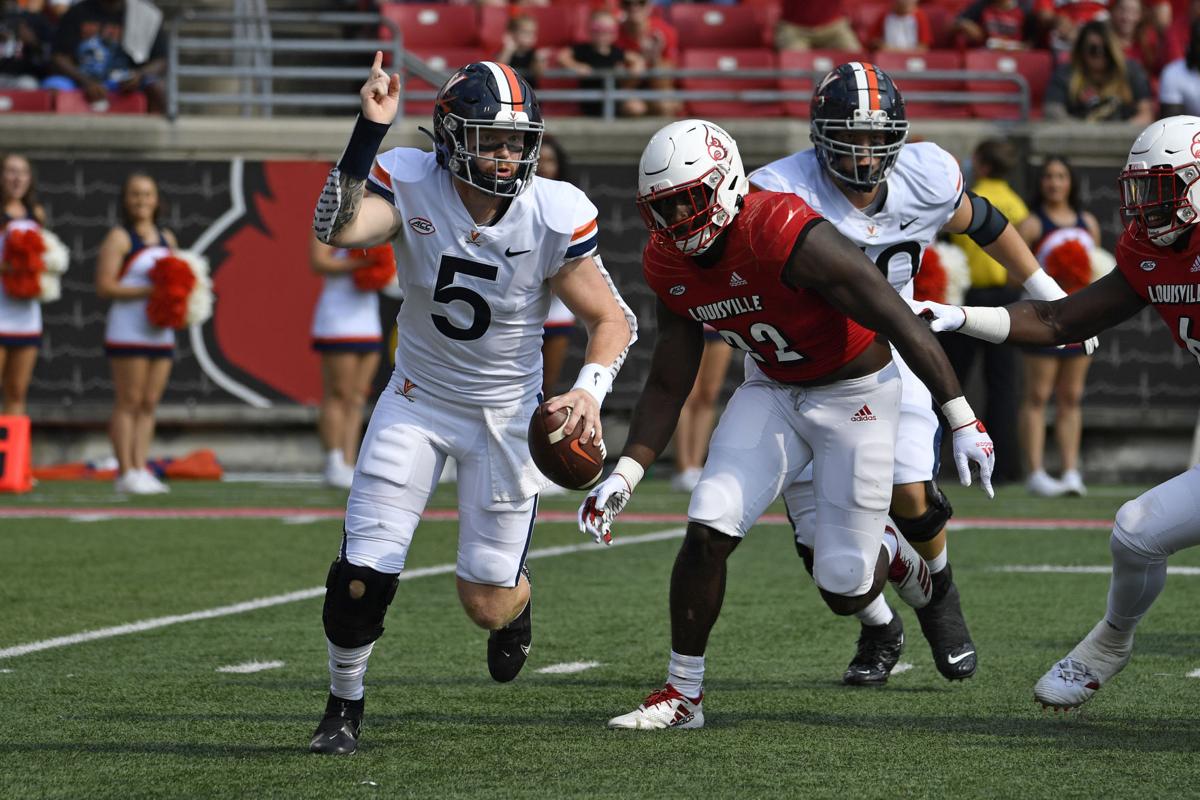 UVA quarterback Brennan Armstrong is pursued by Louisville linebacker Yasir Abdullah in the first half of the Cavaliers’ ACC road win. Armstrong completed 40 of 60 passes.

In lopsided losses to North Carolina and Wake Forest, Virginia football coach Bronco Mendenhall left starting quarterback Brennan Armstrong in the game until the clock struck all zeroes, risk of injury be damned.

After both games, Mendenhall defended his decision, insisting that there was a value in the entire program knowing Armstrong would always finish what he started.

Saturday in Louisville, Ky., the tough-as-nails lefty sure did.

Armstrong shook off a ragged start, one during which he threw two interceptions and just one touchdown pass in the first three quarters, to lead UVA to a trio of final-frame scores and a thrilling 34-33 comeback win over the Cardinals.

“Why would you quit?” Armstrong replied when asked how he rallied himself and his team after falling behind 30-13 in a disastrous third quarter. “It just doesn’t add up in my head. That’s just kind of how I think.”

Mendenhall believes that mentality fuels his Cavaliers (4-2, 2-2 ACC), and it’s why he thinks sitting Armstrong — even in the final minutes of decided games — undermines the culture he’s worked hard to build at UVA. It’s why he had Armstrong address the squad before Saturday’s game, an opportunity Armstrong used to implore his teammates to believe putting together an ACC road winning streak was possible.

“He’s just the guy, if it’s a neighborhood game, whatever side he’s on, you want to be on that team,” Mendenhall said.

“Because you think you’re going to win just because he thinks he’s going to win, no matter what the circumstances.”

Armstrong’s heroics — he finished with 487 passing yards and three touchdown passes — made Virginia a winner in back-to-back road ACC games for the first time since 2011. Even rarer, for the second straight week, the Cavaliers won after their opponent missed a last-second field goal try.

Senior cornerback Darrius Bratton made a likely game-saving tackle on Louisville’s next-to-last possession, catching running back Hassan Hall at the 27-yard line, a drive that ended with the Cardinals kicking a field goal.

On UVA’s next drive, Armstrong — playing in front of a large contingent of family and friends who made the trip from his home state of Ohio — led it to what would prove to be the game-winning touchdown, a 12-play, 75-yard drive that took two minutes and ended with Armstrong finding seldom-targeted tight end Grant Misch for a 1-yard score with 22 seconds left.

“I think that’s the great thing about Brennan,” said Misch, the fourth option on the pivotal play. “He’s always attacking. It’s really hard to get him down.”

Harder still to keep him there. After all, Louisville had Armstrong down in the third quarter, when both of his interceptions led to field goals and helped fuel 20 unanswered points for the Cardinals (3-3, 1-2).

“To come back from the third quarter he had, that’s hard to do in a game,” Mendenhall said. “When you throw a couple interceptions and things don’t go your way, it sure didn’t seem to bother him. Or, maybe it bothered him so much. But he just is a fierce competitor, and he’s so capable.”

There was no question why Armstrong was still in the game late on this Saturday. The team’s unquestioned leader was there to finish what he started.

UVA quarterback Brennan Armstrong is pursued by Louisville linebacker Yasir Abdullah in the first half of the Cavaliers’ ACC road win. Armstrong completed 40 of 60 passes.