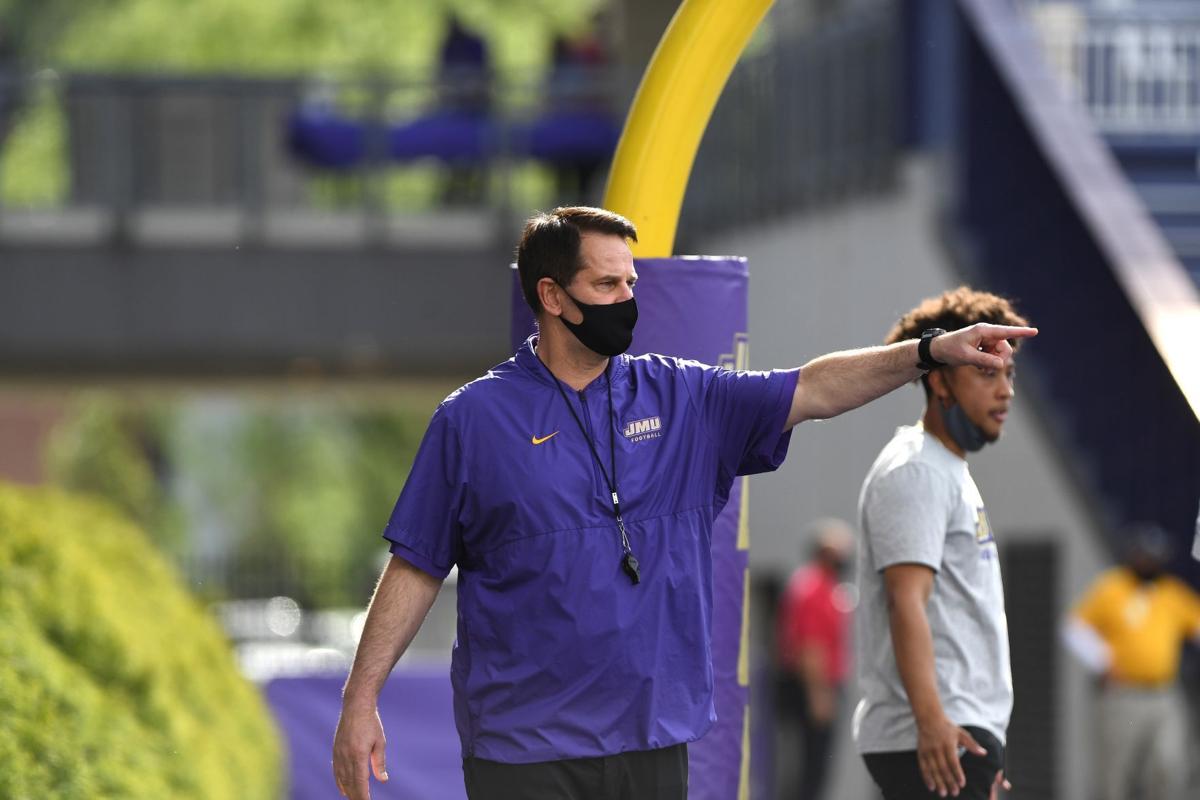 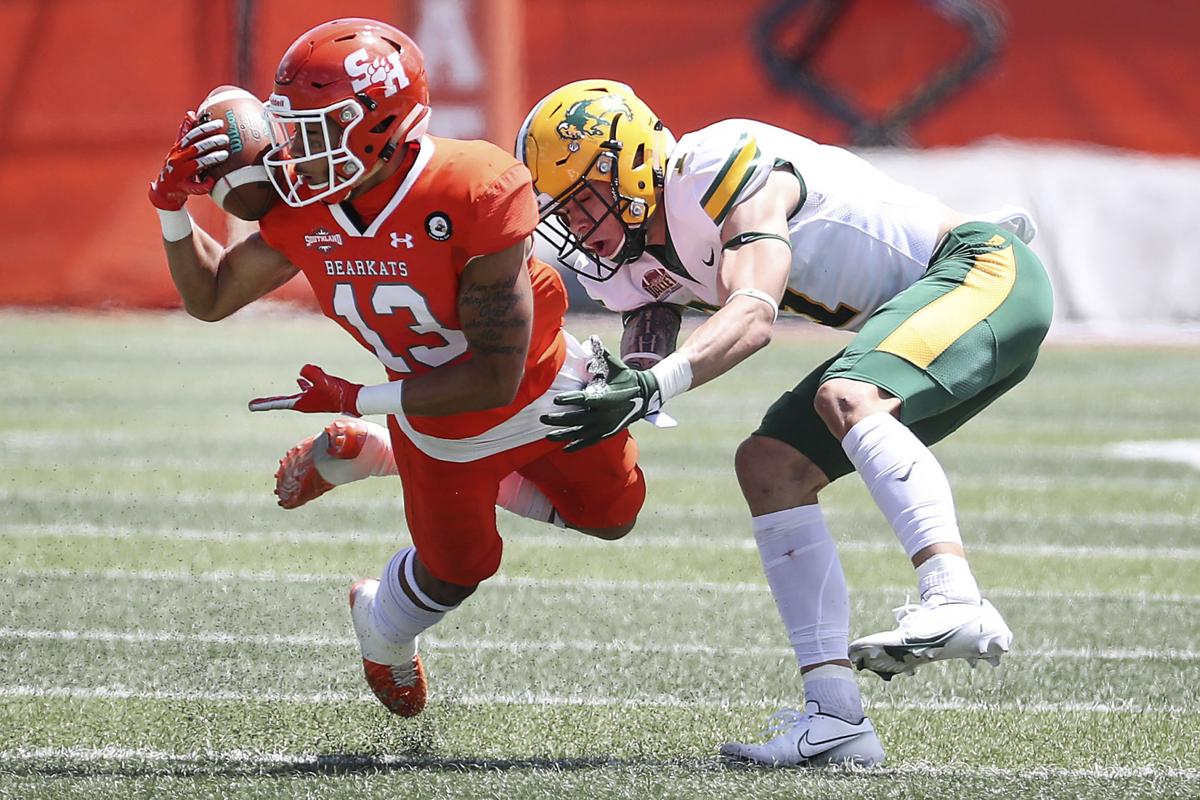 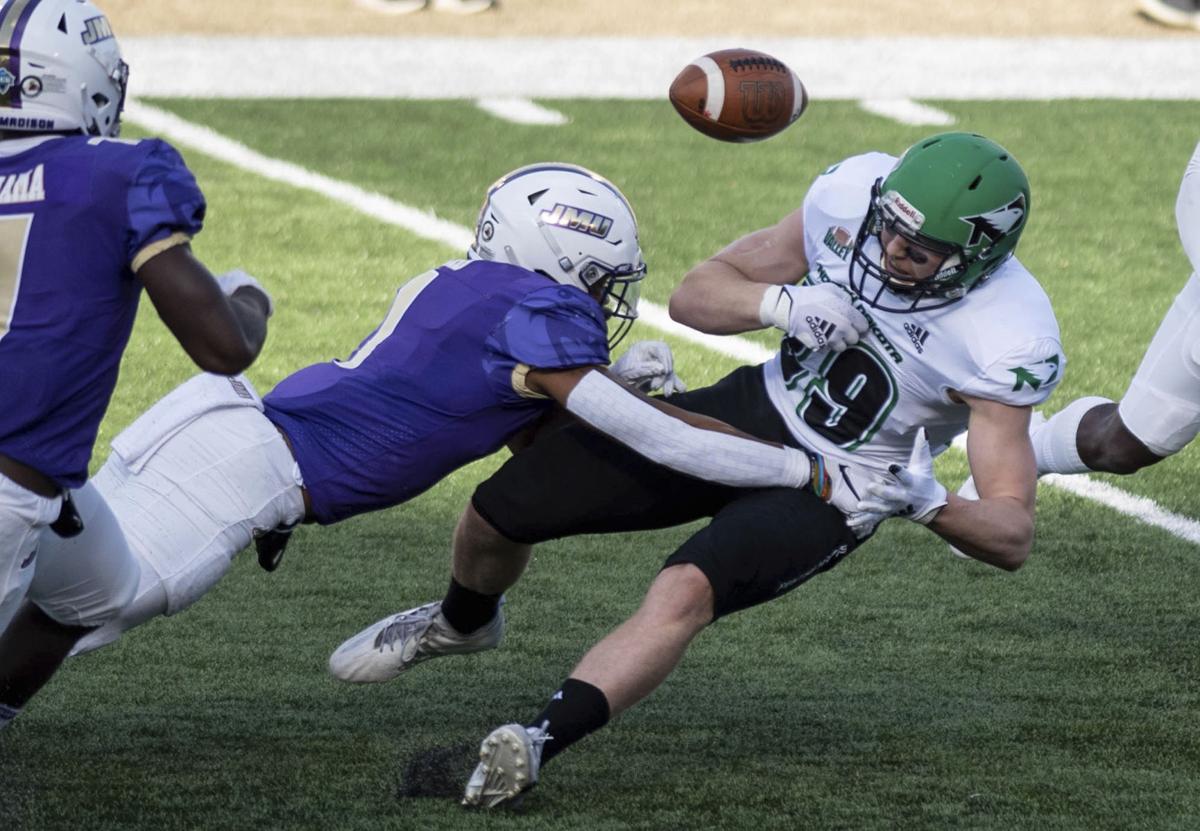 Immediately after James Madison’s FCS playoff quarterfinal victory over North Dakota on Sunday, the Dukes’ graduate assistants dived into film breakdown for what was next.

Earlier in the day, approximately 1,200 miles away in Huntsville, Texas, Sam Houston beat North Dakota State in its quarterfinal. That set up JMU for a trip to Sam Houston on a short week for Saturday’s semifinals.

With no time to waste, after the GAs’ initial foray, Dukes coaches arrived at the team facilities early Monday morning and continued the preparation. The staff didn’t review its own tape from the North Dakota game.

“One less day to prepare with an opponent that we’re not familiar with at all,” coach Curt Cignetti said Tuesday morning. “So, it’s been Sam Houston nonstop.”

On top of that, the players are still in their final exam period as the spring semester concludes. Cignetti said Sunday that the team would likely leave Harrisonburg on Thursday night to be in Huntsville for COVID-19 testing Friday, ahead of Saturday’s game.

So in a fast-and-furious week, the Dukes (7-0) are preparing to try to do what JMU hasn’t done since 2016: win on the road in the playoffs. Sam Houston has never lost at home in the playoffs. Saturday’s game kicks off at 2:30 p.m. and will be broadcast on ABC.

“Really, the goal right now as a staff and players, too, is to make the most of every minute and every hour in terms of preparing to get ourselves ready for this game on a short week,” Cignetti said.

In recent years, JMU has put itself in positions in which it hasn’t had to travel much in the playoffs. In 2017 and 2019, the team had home-field advantage through the semifinals, but fell in the final both seasons.

The Dukes lost on the road at Colgate in the second round of the 2018 playoffs. So their last playoff win away from Bridgeforth Stadium was at North Dakota State in the 2016 semifinals, before a win over Youngstown State in neutral Frisco, Texas, in that year’s title game.

“We got to do a good job with practice, balancing keeping the guys fresh with getting the reps that we need to get done to go down there and play our best game,” Cignetti said.

But Cignetti made it clear Tuesday that this year’s Sam Houston group, still directed by former Delaware coach K.C. Keeler, is nothing like the 2016 team. The 2016 Bearkats, while the most potent offense in the country, was 103rd in total defense, allowing 442.2 yards per game.

On Sunday, the Bearkats held a North Dakota State team that came in averaging 217.9 yards on the ground to 139.

“They’ve retooled that program,” Cignetti said. “They are a very physical defense that gets after you. Offensively, they create a lot of problems. But this is a run-and-hit outfit. They’re really good.”

The reason the Dukes will hit the road this week was a surprise 2½ weeks ago when the 16-team playoff bracket was released. South Dakota was selected as the No. 1 overall seed, Sam Houston No. 2 and JMU No. 3, though JMU held a No. 1 ranking in the Stats Perform FCS Top 25 for much of the year.

That gave South Dakota State and Sam Houston home-field advantage through the semifinals, and Cignetti thanked the playoff selection committee right after the bracket was released for giving his group extra inspiration.

Now the Dukes will get a shot at one of the top two seeds. Will that be extra motivation? Perhaps.

Regardless, a national title-game appearance will be on line. JMU will be trying to get back there for a fourth time in five seasons.

“I think our guys have had a really good mindset for a while now. And have been very focused,” Cignetti said. “So, there’s a lot of things that go into that. You can draw your own conclusions. I’m more focused in on our prep right now.”