Beyoncé leads Grammy nominations with 9. See who else is nominated.

Teams in the Commonwealth are streaking. Virginia has won two straight, Virginia Tech has dropped two in a row and Liberty is 8-0. Does our panel think those trends will continue this week?

The Hokies will have to win in Pittsburgh, where Heinz Field hasn’t been kind to them. Meanwhile, UVA is a massive favorite at home over FCS Abilene Christian. And the No. 21 Flames, the only ranked team of this group, look to go 3-0 against ACC opponents when they visit North Carolina State.

We’ll pick games involving Virginia Tech and UVA, along with one other key ACC matchup. Then, to create a little more separation in the standings, we’ll each predict an upset against the spread from anywhere on the FBS board.

The group had a big bounce back last week, 13-3, paced by McFarling’s perfect 4-0 week.

Here are this week’s picks:

Aaron McFarling, Roanoke Times (20-10): The Hokies are 0-6 against the spread in the past six meetings at Heinz Field, 2-10 ATS in their past 12 meetings with Pitt, 1-5 ATS in their past six road games overall. In what universe does Tech -3 feel like a safe wager in this spot?

Bennett Conlin, Charlottesville Daily Progress (20-11): The Hokies followed a heartbreaking three-point loss to Liberty with a one-point loss to Miami. Pitt can relate, losing consecutive games by one point earlier this fall. Look for the Virginia Tech to bounce back from devastating losses by dishing out heartbreak of its own.

Mike Barber, Richmond Times-Dispatch (19-12): Virginia Tech has solidified things defensively by reverting to more of the Bud Foster scheme. Running back Khalil Herbert continues to work his way back from a hamstring issue. That’s the good news. The bad news is, the Panthers are built to stop the run and Heinz Field has been a house of horrors for the Hokies, who are 1-5 in their last six trips to Pitt. That includes a 52-22 stomping two years ago. Of course, the Panthers are still battling a COVID outbreak, 2020’s ultimate wild card.

David Teel, Richmond Times-Dispatch (16-15): The Hokies lead the ACC in rushing offense at 6.1 yards per carry. The Panthers lead the nation in rushing defense (2.2 yards per carry). So the formula for Tech becomes grind out just enough yards on the ground and exploit Pitt's press coverage on the perimeter. The wild card is the state of the Panthers' roster after last week's COVID outbreak.

McFarling: Anything but a name-the-score result here for the Cavaliers is a disappointment. Let’s not waste any time breaking down this COVID-tastic matchup.

Conlin: Angelo State rushed for over 400 yards against Abilene Christian in the Wildcats' most recent game. UVA's backfield, which features three capable running backs with the recent addition of Ronnie Walker Jr., should be salivating at the chance to run wild Saturday. This isn't the UVA fans saw in 2016, so the Cavaliers don't have to worry about beating an FCS opponent.

Barber: The ACC wanted Virginia to find an opponent for its plus-1. This is who UVA found. The Cavaliers should be able to get their run game going in this one and build momentum for a stretch run in the league that includes Florida State, Boston College and Virginia Tech. The big thing in this one? Staying healthy.

Teel: No injuries, no drama. That's the mission for the Cavaliers against the Wildcats, the most far-flung FCS opponent UVA has ever scheduled (welcome to 2020).

McFarling: Fun fact: Not only has Liberty covered the spread in its past five games, but the Flames have blanketed the number by a whopping 63.5 points over that span. Vegas is still catching up to these guys, which is understandable. Meantime, take the 3.5 points.

Conlin: The undefeated Flames sit at a perfect 2-0 against ACC teams this fall, beating Syracuse and Virginia Tech. A win over the Wolfpack adds to Liberty's impressive resume. Unfortunately for the Flames, they've listened all week as people speculate about head coach Hugh Freeze leaving for South Carolina. That added distraction coupled with quality play from N.C. State quarterback Bailey Hockman leads to Liberty's first defeat of the fall.

Barber: So, maybe I’m just too slow to come around on the Flames. But even with a pair of ACC wins under their belt (Syracuse and Virginia Tech), I’m still not sold. Of course, the Wolfpack have been all over the board this season as well, in large part because of its quarterback issues. Still, going into this year, I would have predicted Liberty to be 0-3 against ACC teams. I can’t imagine it, instead, going 3-0.

Teel: The Flames beat Virginia Tech by three. The Wolfpack lost to Tech by 21. So by the transitive property, unbeaten and 21st-ranked Liberty wins by 24. OK, probably not. But Malik Willis and friends will be a handful for their third ACC opponent of the season.

Upset of the week

McFarling: This isn’t the year you that can just count on blue blood teams bouncing back when they absolutely have to (see: Wolverines, Michigan). The Razerbacks, who are getting 2.5 points at home here, are 6-1 against the spread this season and 10-3 ATS in the past 13 meetings with LSU.

Conlin: One of the best games of the weekend features Appalachian State playing at Coastal Carolina. The two squads are fairly even, but the expectations sit heavier for the undefeated and ranked Chanticleers. I'll take the road underdogs in an exciting matchup.

Barber: I’m leaving the Big Ten, even though I toyed with Minnesota and Penn State as home underdogs this week. I’m heading west. The Mountain West treated me well earlier this year, so I’m taking Nevada to pull the slight upset over San Diego State. The Wolfpack’s offense will get the better of the Aztecs’ stout defense in this one.

Teel: Army was my upset pick last week and lost by 26 to Tulane. So I'm a bit salty with the Black Knights, who are 4-point favorites over Georgia Southern this week. Give me the Eagles against their former coach Jeff Monken.

Teel: Hokies hit their 2020 low in loss at Pitt

With his family behind him, former Hopewell star Ronnie Walker gets his shot at UVA

CHARLOTTESVILLE — There isn’t the same roar from the crowd these days at Scott Stadium. With attendance limited to just the families of player…

CHARLOTTESVILLE— Talented sophomore nose tackle Jowon Briggs has reached the coda of his Virginia football career, but not his swan song in th…

PITTSBURGH — Two years ago, Virginia Tech played at Pittsburgh and was beaten by 30 points. Recalling that bludgeoning this week, Hokies lineb… 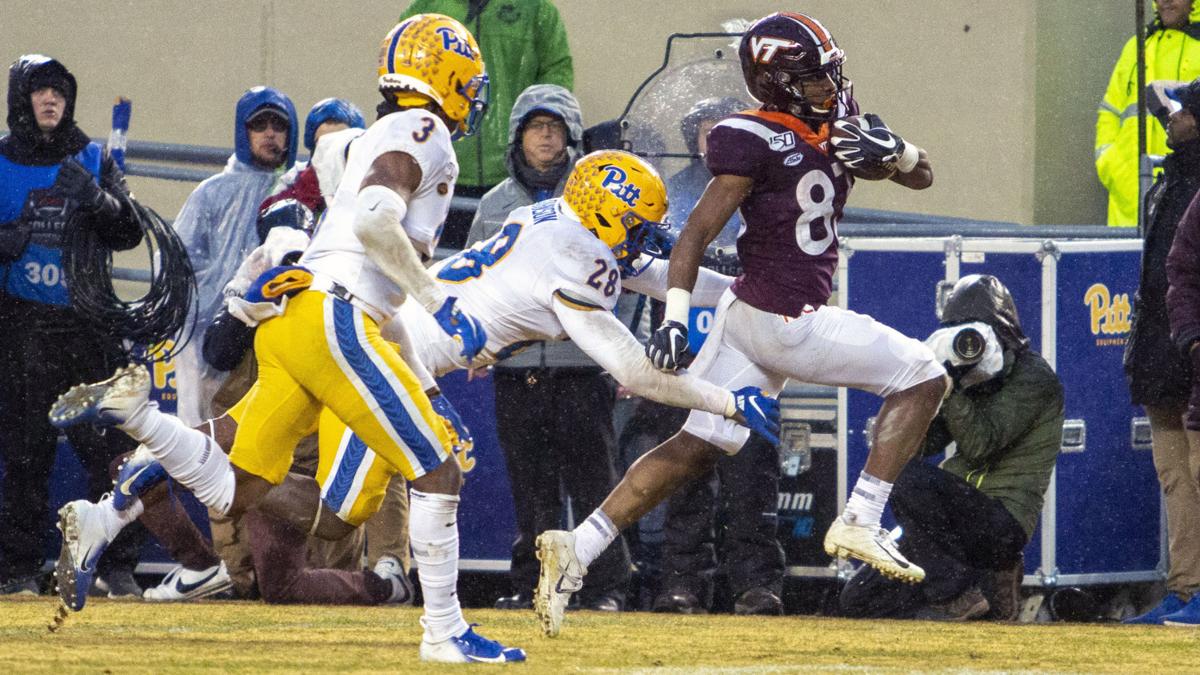 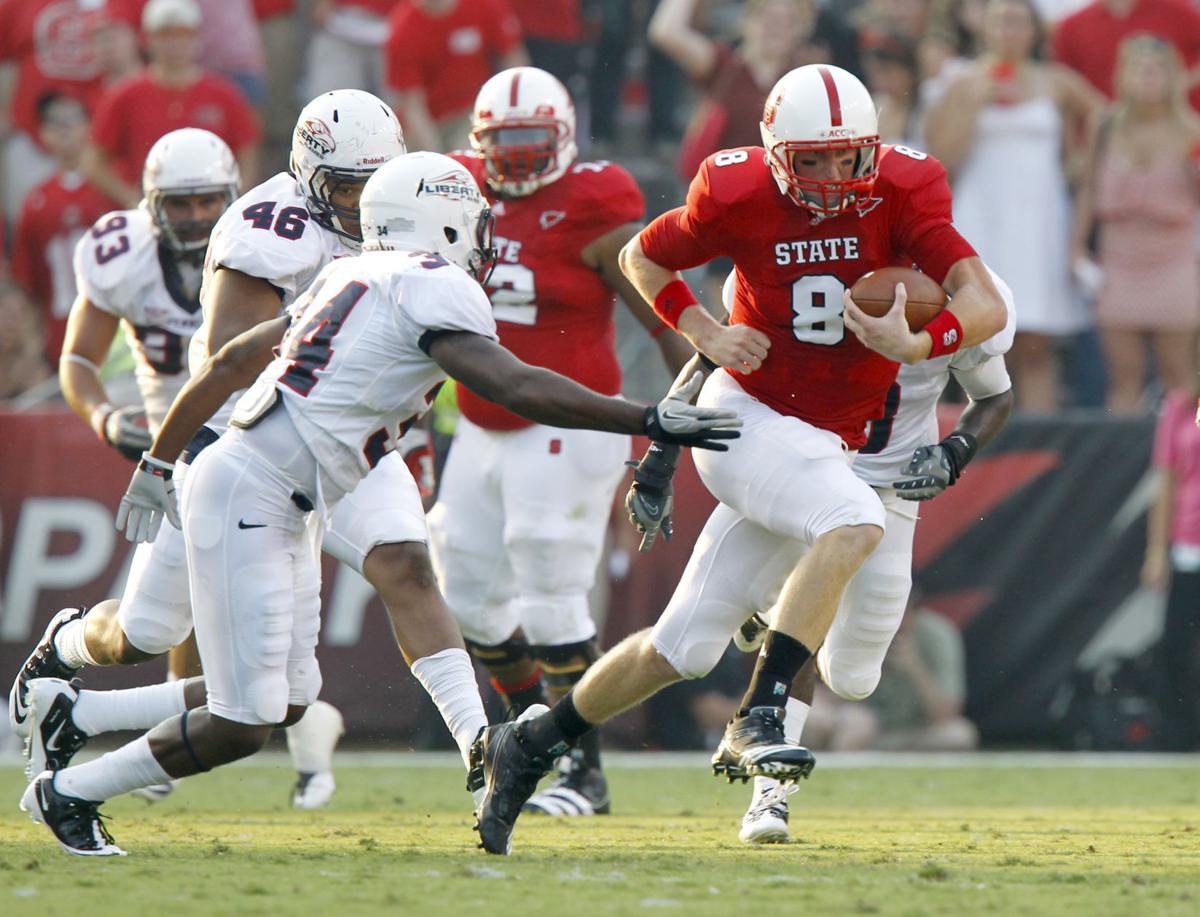 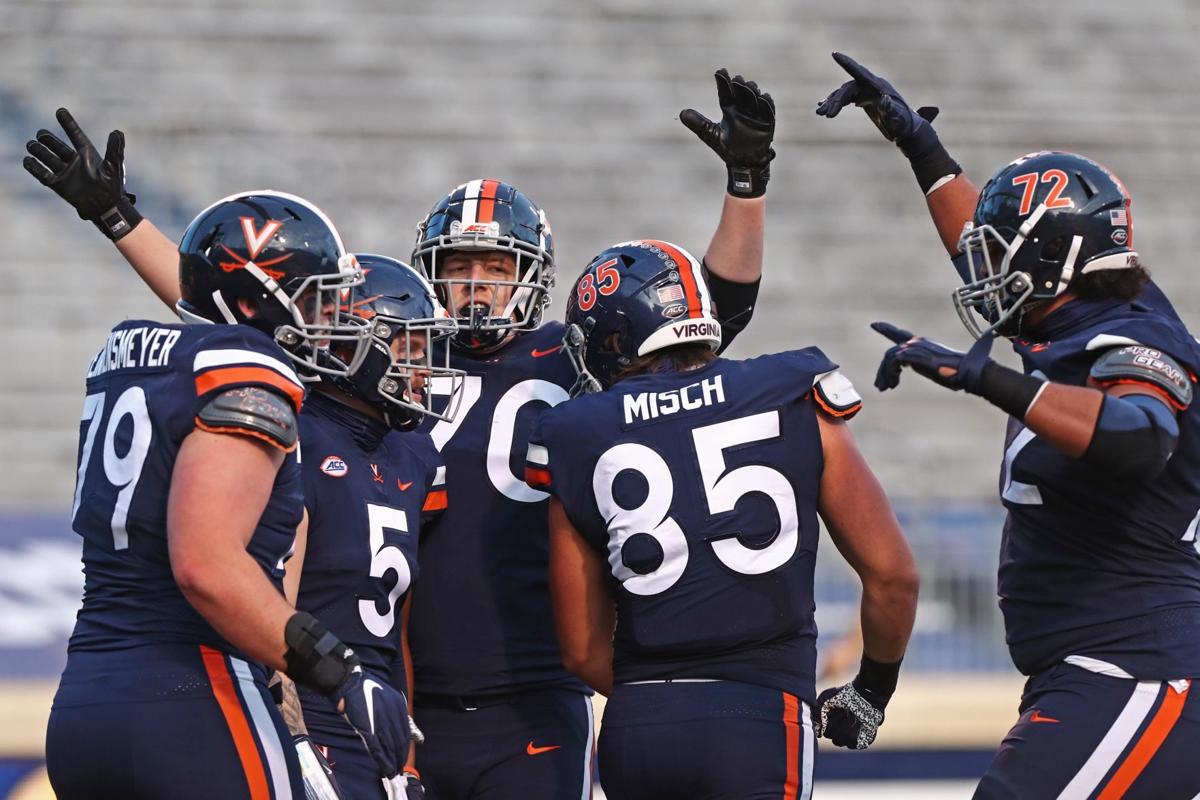