A week later than originally scheduled, Virginia hosts Louisville. Virginia Tech’s defense couldn’t handle Liberty’s offense on Saturday. Now, No. 9 Miami rolls into town. And after knocking off No. 1 Clemson, will Notre Dame, now up to No. 2, let down against Boston College?

Each week we’ll pick games involving Virginia Tech and UVA, along with one other key ACC match up. Then, to create a little more separation in the standings, we’ll each predict on upset against the spread from anywhere on the FBS board.

Here are this week’s picks:

Bennett Conlin, Charlottesville Daily Progress (17-10): Virginia Tech actually enters the game as a favorite, which might speak more to Miami’s recent close-call victories than it does the Hokies’ most recent efforts. I’ll take D’Eriq King coming off a 500-yard performance to keep things rolling in a win over the Hokies.

Aaron McFarling, Roanoke Times (16-10): This has potential to be a really fun game featuring two quarterbacks playing at a very high level. Alas, it’s hard to have much faith in the Tech defense right now, and the uncertainty surrounding RB Khalil Herbert (hamstring) gives me pause.

Mike Barber, Richmond Times-Dispatch (16-11): Virginia Tech has struggled with run defense, struggled to contain mobile quarterbacks, struggled on third down and struggled allowing big plays. In roll the Hurricanes, with star QB D’Eriq King and a high-scoring offense. Vegas sees the Hokies as slight home favorites. Not sure what I’m missing, but I like Miami in a high-scoring affair.

David Teel, Richmond Times-Dispatch (13-14): Yes, the Hurricanes are ranked ninth, and no, I can't explain why they're 2-point pups against a Hokies bunch that just lost at home to Liberty. Tech is 0-5 versus the top 10 since winning at Ohio State in 2014, and all but one of those setbacks was by 14 points or more.

Conlin: Quarterback Brennan Armstrong starting for UVA signals good things to come, and the extra week of rest should help as he nurses a left knee injury. Louisville struggles with consistency in all three phases, and the Cavaliers play well at Scott Stadium even with limited crowds. Both of UVA’s wins this fall came in Charlottesville.

McFarling: A week later, I’m still leaning in the same direction. The Cavaliers rank fourth in the ACC against the run. The Cardinals have covered the spread only twice in the past 11 games as a road underdog, which they are again here (+3.5)

Barber: It’s not clear whether Virginia quarterback Brennan Armstrong could have played last weekend, after injuring his knee in the previous game, the upset win over North Carolina. This week, he’s a full-go, though he will wear a brace. Louisville, meanwhile, has contained the spread of its COVID-19 outbreak, but the defense doesn’t expect to have everyone available on Saturday. All of that favors the home team.

Teel: UVA's stout run defense limited North Carolina's exceptional rushing offense to 3.3 yards per carry two weeks ago. Reprise that effort against the Cardinals -- Javian Hawkins leads the ACC in rushing at 117.4 yards per game -- and the Cavaliers are golden.

Conlin: Notre Dame faces a pesky Boston College team on the road after an emotional double-overtime victory over Clemson. An upset shouldn’t shock anyone, but the Fighting Irish should control the battle of the trenches enough to avoid a loss.

McFarling: We’ll say it again: All the Eagles do is cover. They’ve cashed tickets in 22 of their past 30 ACC games and 19 of their past 27 games as an underdog. A Notre Dame letdown seems predictable, making 13.5 points feel like too many.

Barber: Notre Dame is riding high after upsetting Clemson. The last time the Irish downed the No. 1 team in the nation was 1993, when it beat Florida State. The next week, it lost to Boston College on a last-second field goal. So who do the schedule maker’s throw Notre Dame’s way after the big win over Clemson? You guessed it. History’s great, but the Irish are better.

Teel: A week after toppling No. 1 Florida State in 1993, Notre Dame lost to Boston College. Last week's victory over Clemson marked the Fighting Irish's first conquest of No. 1 since, and lo and behold, look who's next on the schedule. Not only that, Eagles quarterback Phil Jurkovec transferred to BC from Notre Dame.

Conlin: Tulane lost to Navy earlier this season, and the Green Wave sit at 4-4 overall this fall. Army’s triple-option attack should find weaknesses in Tulane’s defense much like Navy did earlier this year. A win improves Army to 7-1 this fall.

McFarling: These proud programs enter the game a combined 0-5. Maybe Maryland is for real, but the Nittany Lions getting wrecked by the Terps at home last week as a 27.5-point favorite was a huge red flag. Huskers win this one as a 3-point pup.

Barber: There are four intriguing home underdogs in the Big Ten this week with Minnesota, Michigan, Michigan State and Nebraska. I’m taking the Spartans – yes, the ones who lost to Rutgers – to get the upset here, which means I’m betting Michigan State won’t turn the ball over as it much as it has going into this game.

Teel: Army is clamoring to play after last week's game against Air Force was postponed due to virus concerns at Air Force. Moreover, the Black Knights are 6-1, their only setback to undefeated Cincinnati. Yet Army is a 5 1/2-point beagle at 4-4 Tulane.

Virginia Tech ends regular season early due to COVID-19 issues, hopes to be clear in time for ACC tourney

By the time the ACC tournament begins, the Hokies will have only played two games in 32 days. 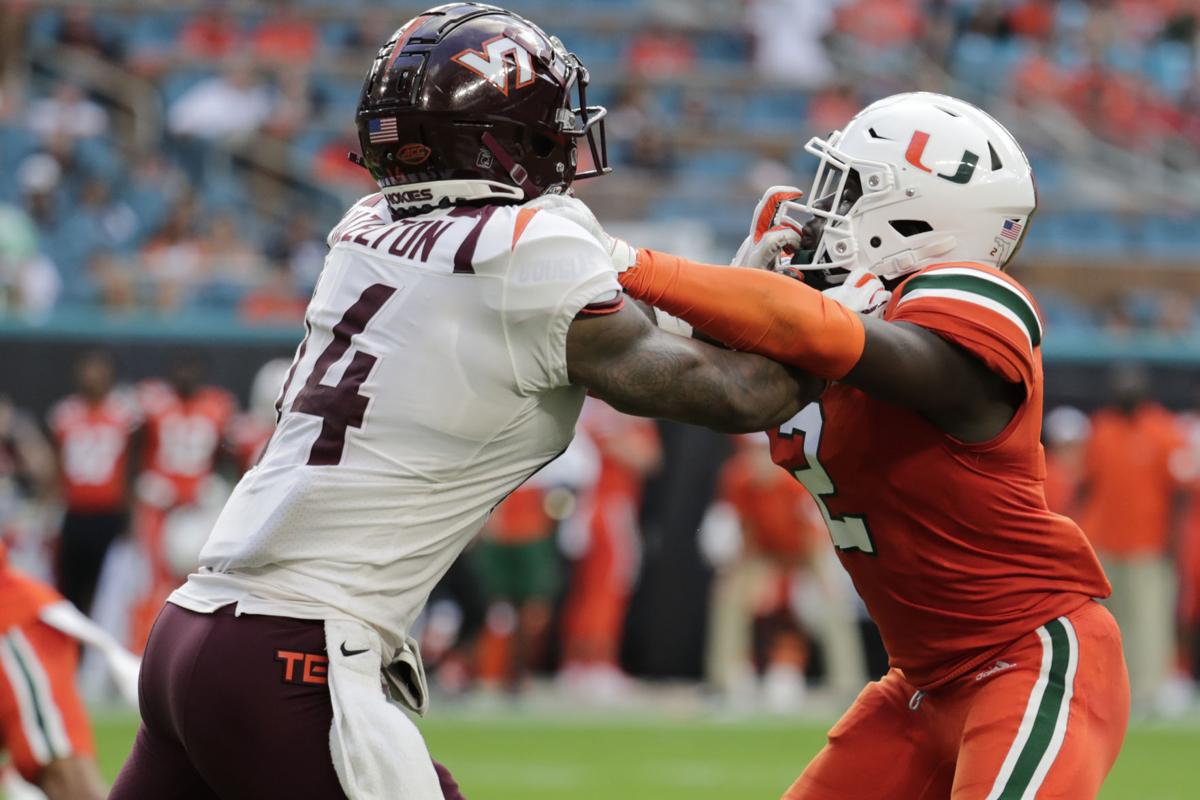 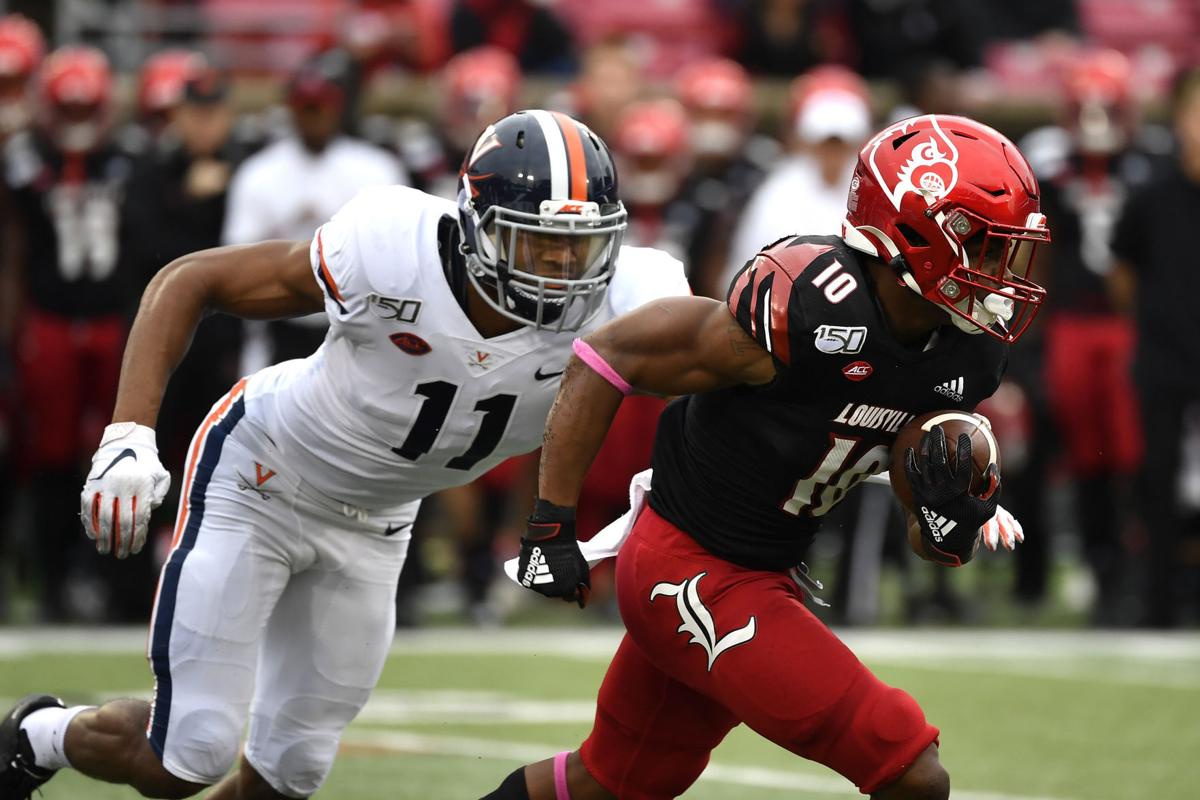 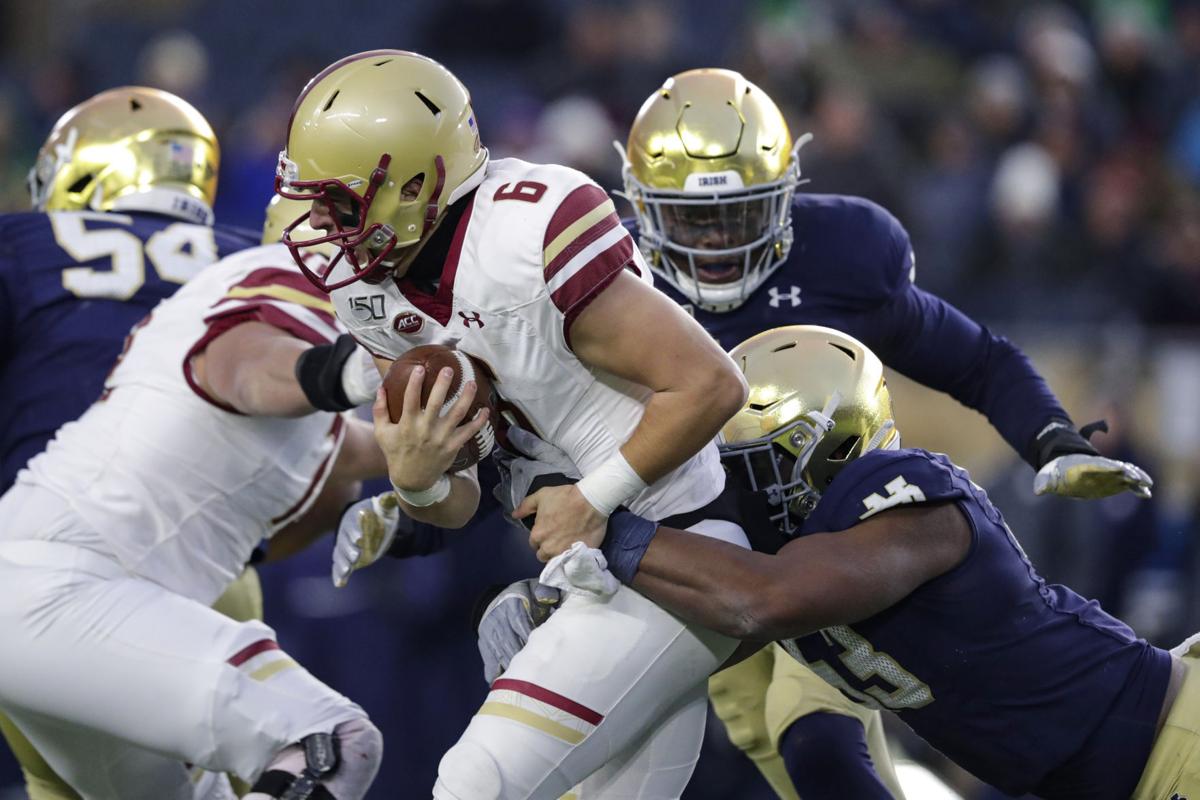