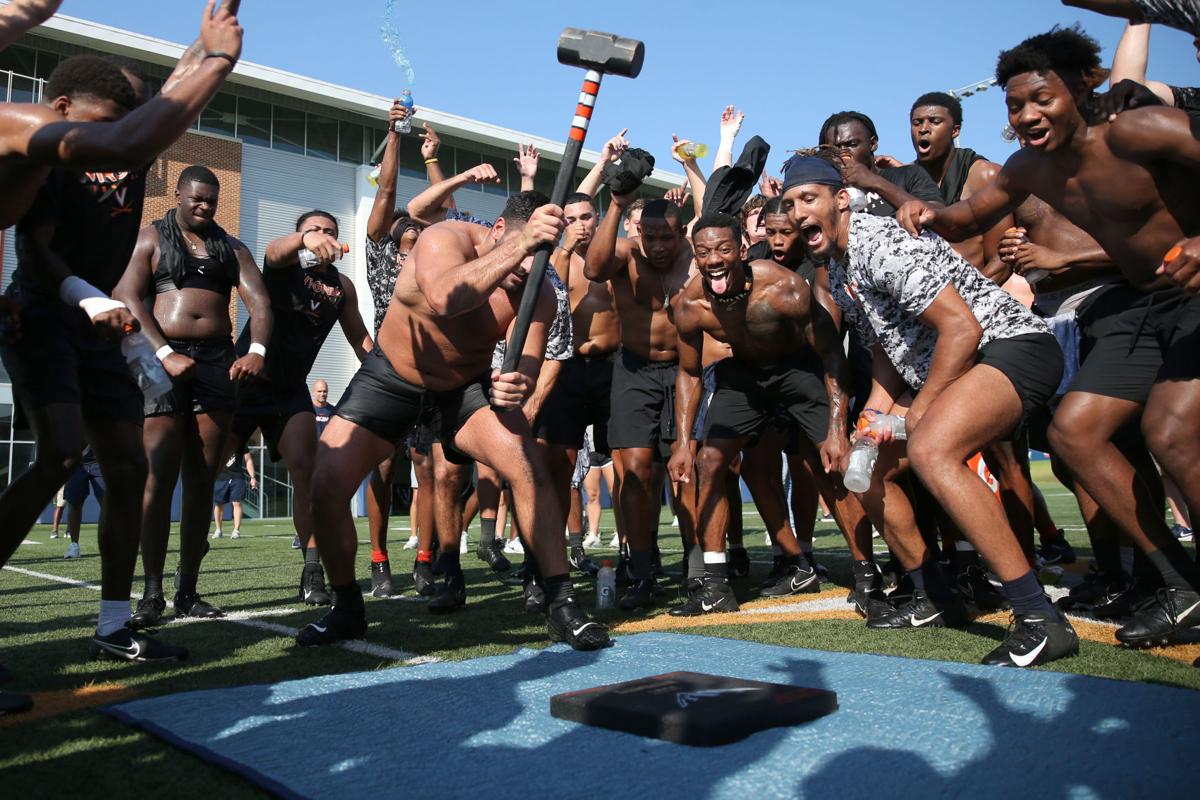 TOP: Instead of ending last season with a bowl appearance, Billy Kemp IV (Highland Springs) and UVA saw the pandemic-altered 2020 season close with a 33-15 loss to Virginia Tech. ABOVE: That’s pushed Mandy Alonso (with hammer) and others during summer workouts, which ended with Virginia’s “break the rock” ceremony. 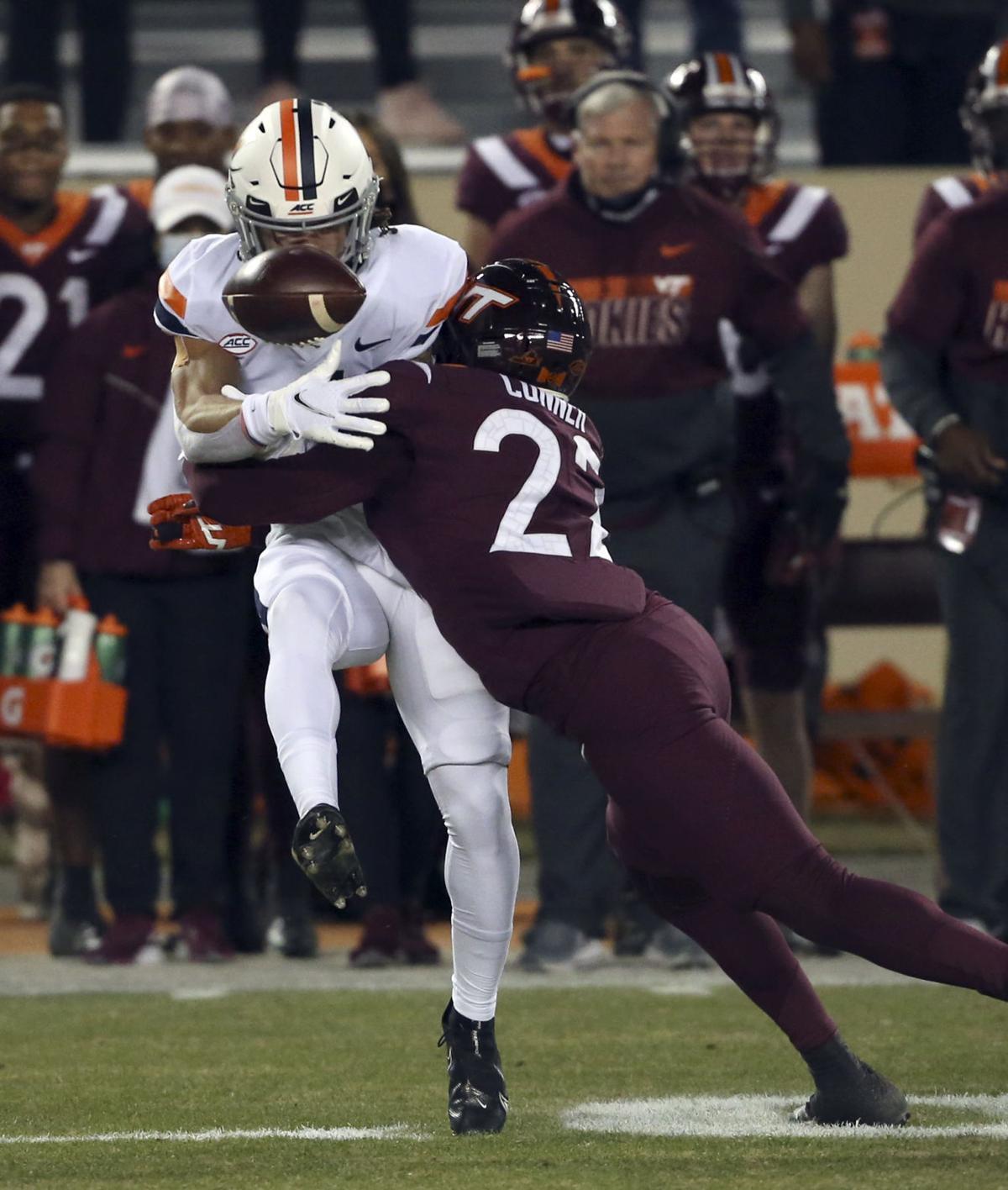 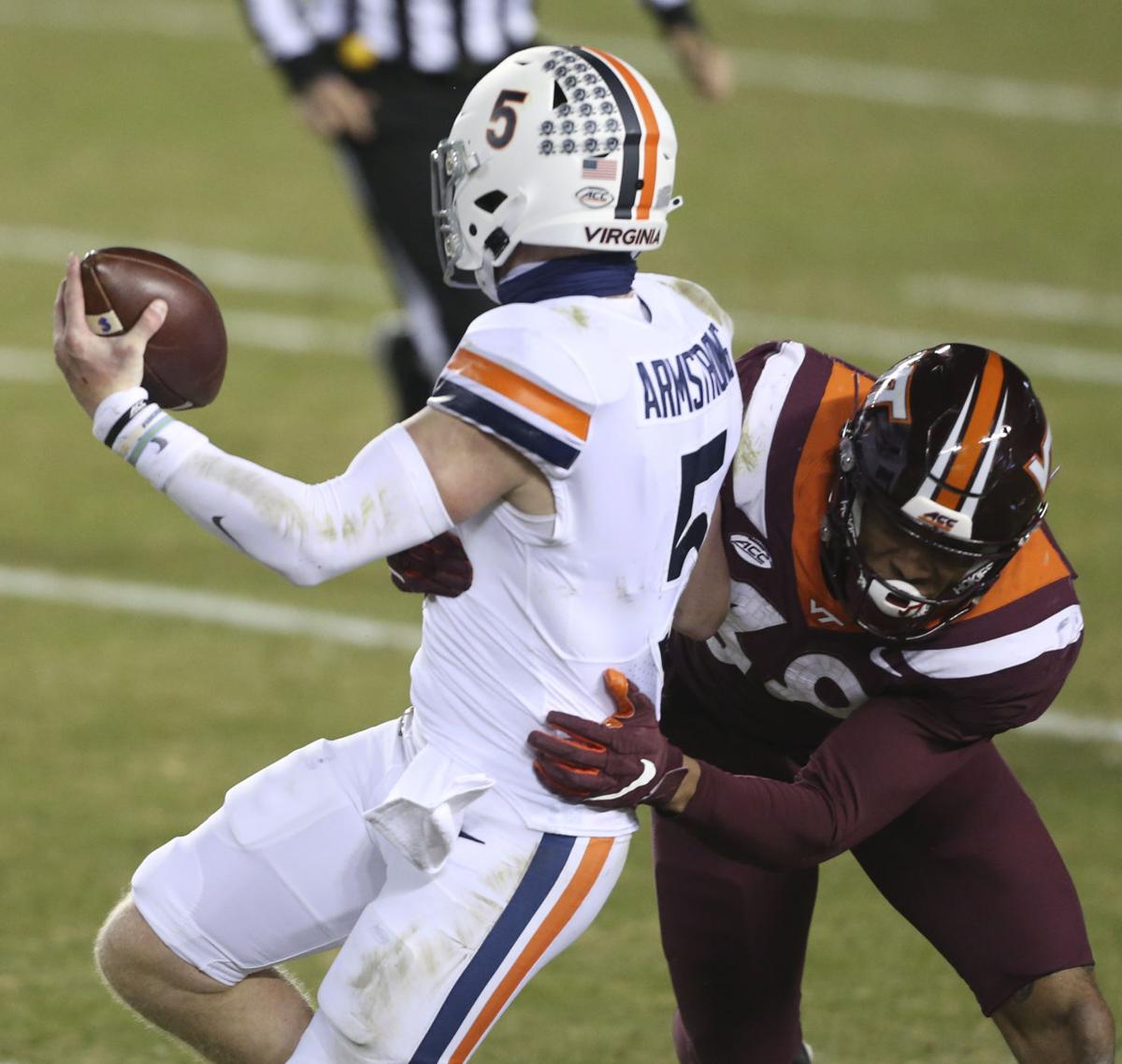 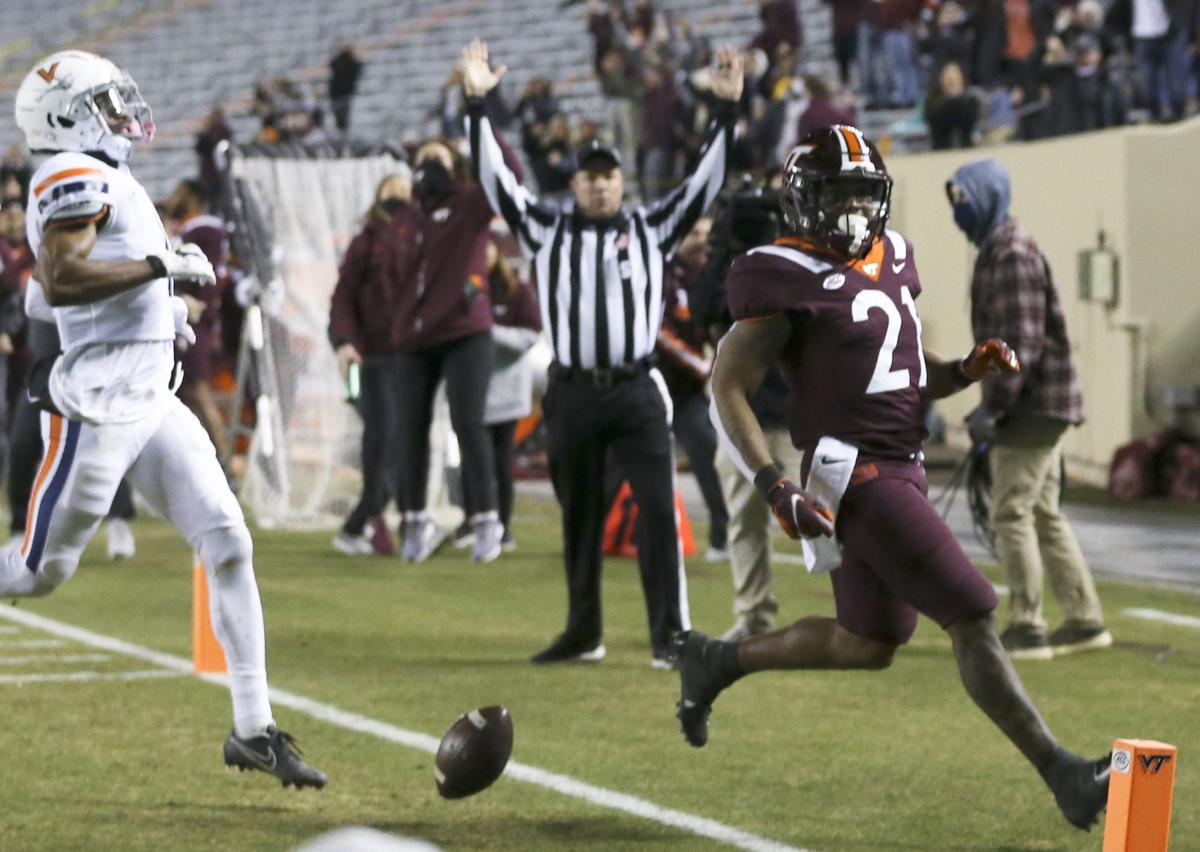 “That last loss, I don’t know about all the younger guys but that hurt. Going from beating them to that just left a bad taste in our mouths this whole offseason.”

For Virginia defensive end Mandy Alonso, ending the 2020 football season with the lopsided loss to rival Virginia Tech wasn’t the way he wanted to go out. Alonso said he and a handful of teammates wanted UVA to accept a bowl bid and play one final game, pushing on for one more month of COVID-19 protocols.

The overwhelming majority of their teammates wanted to be done with the pandemic-plagued season.

“It was definitely frustrating,” said Alonso, now a senior. “I wanted to play another game and lot of guys didn’t. I was tired, but I didn’t want to leave it on that one. We didn’t really finish the season. We just left it on a cliffhanger. It was disappointing for me.”

Seniors linebacker Noah Taylor, center Olu Oluwatimi and running back Wayne Taulapapa all said they voted to accept an invitation to a postseason game and extend 5-5 Virginia’s season into December. They wanted UVA to appear in a bowl for a fourth straight year, something the program hadn’t done since 2002-05.

But they were in a clear minority.

“We had a players meeting and the captains from last year’s team were like, ‘If you don’t want to play, come to this side of the room,’” said Oluwatimi. “And it was overwhelming.”

Senior defensive back De’Vante Cross said he was part of the majority that was ready to end 2020.

“It was tough. It was a long season,” said Cross. “The way I felt at the end of that season was ridiculous. The constant battle of not knowing if you’re going to play or not. I think that’s what it was. We’re not about to sit here and practice an extra two weeks just to get to the game and they cancel it.”

Alonso said attempting to persuade more players to commit to staying and practicing another month for a bowl game proved to be a futile effort.

The Cavaliers had endured having their season-opening opponent change four times and had their Nov. 20 game at Florida State canceled that morning, after the team had already traveled to Tallahassee, Fla.

COVID safety protocols meant most if not all of the players had gone months without spending time with their families.

“It wasn’t really a divided locker room. It was a handful of guys who wanted to play and everyone else wanted to go home,” said Alonso. “People were tired of the COVID season. At that point, we had just lost to Tech. Morale was low. It was hard to sway people to want to play.”

Across the nation, as the 2020 season wound down and the COVID pandemic raged on, a number teams made the choice to end their seasons at the conclusion of the regular season. In the ACC alone, that list included UVA, Boston College, Florida State, Georgia Tech, Louisville, Pittsburgh and Virginia Tech.

They were joined by Penn State, Nebraska, Michigan State, Stanford, USC, UCLA, Arizona State and Washington, among others.

For Taylor, Virginia’s decision left him with a level of bitterness as he left campus that winter. But, he said, the time off after the season before the team returned to Charlottesville for offseason workouts gave him the chance to cool off and refocus on making sure the Cavaliers would be in position to play a bowl after the 2021 season.

“I wanted to play. I’m trying to play football as much as possible. I wish we could play football in March,” said Taylor. “I was mad about it, that some guys decided not to. But we came back, I respected everybody’s decision, I was like, ‘You know what. Let’s go after it this year.’”

And with that, the team-first culture that coach Bronco Mendenhall has worked to build at UVA since taking over before the 2016 season proved strong enough to avoid any lingering division.

“We have a guiding principle — it’s the power of choice,” said Mendenhall, whose team opens the 2021 season Sept. 4 at home against William & Mary. “That led the way to even play the season and it led the way to finish the season. I’m not interested in coaching a team that doesn’t want to play. And there were plenty of reasons around the country, as it finished last year, not to play. And my team’s capable, they’re mature and they’re smart. I respect who they are.”

Mendenhall said he felt confident the team’s culture would hold and that any debate over passing on a bowl bid wouldn’t create any kind of lasting chasm in the locker room.

“I wasn’t concerned at all,” he said. “I told them they had the choice. They made the choice and we went on. It was a short meeting and really no drama.”

Now, even the veterans who were irked by the team’s decision not to pursue a postseason invitation are looking at that as a source of motivation for this year. Ending with the loss to Virginia Tech, said Alonso, helped push him through offseason workouts.

He earned the privilege of “breaking the rock,” the symbolic ending of Virginia’s summer workouts given to the player who worked the hardest during that time. Alonso and Olusegun were among the team’s “Dirty Dozen,” rating in the top 12 during summer strength and conditioning.

And, over the weekend, Alonso, Olusegun, Taulapapa and Taylor were all among the first group of players to earn the right to select their jersey numbers for the coming season.

“That last loss, I don’t know about all the younger guys but that hurt,” he said. “Going from beating them to that just left a bad taste in our mouths this whole offseason. And then not being able to get another win after that, or even a game after that, that was my last thought on the season and that’s how I see that whole season.”

Game week is on the horizon at Virginia Tech and UVA. The ACC has its policy in place for dealing with COVID outbreaks, the league moves towar…

TOP: Instead of ending last season with a bowl appearance, Billy Kemp IV (Highland Springs) and UVA saw the pandemic-altered 2020 season close with a 33-15 loss to Virginia Tech. ABOVE: That’s pushed Mandy Alonso (with hammer) and others during summer workouts, which ended with Virginia’s “break the rock” ceremony.

“That last loss, I don’t know about all the younger guys but that hurt. Going from beating them to that just left a bad taste in our mouths this whole offseason.”