Teel: From surfing to MMA to football, Hokies' Braxton Burmeister 'an elite athlete'

Emerging UVA defense to be tested by UNC, the nation's top offense, in men's lacrosse semifinals
0 Comments
Share this
1 of 2 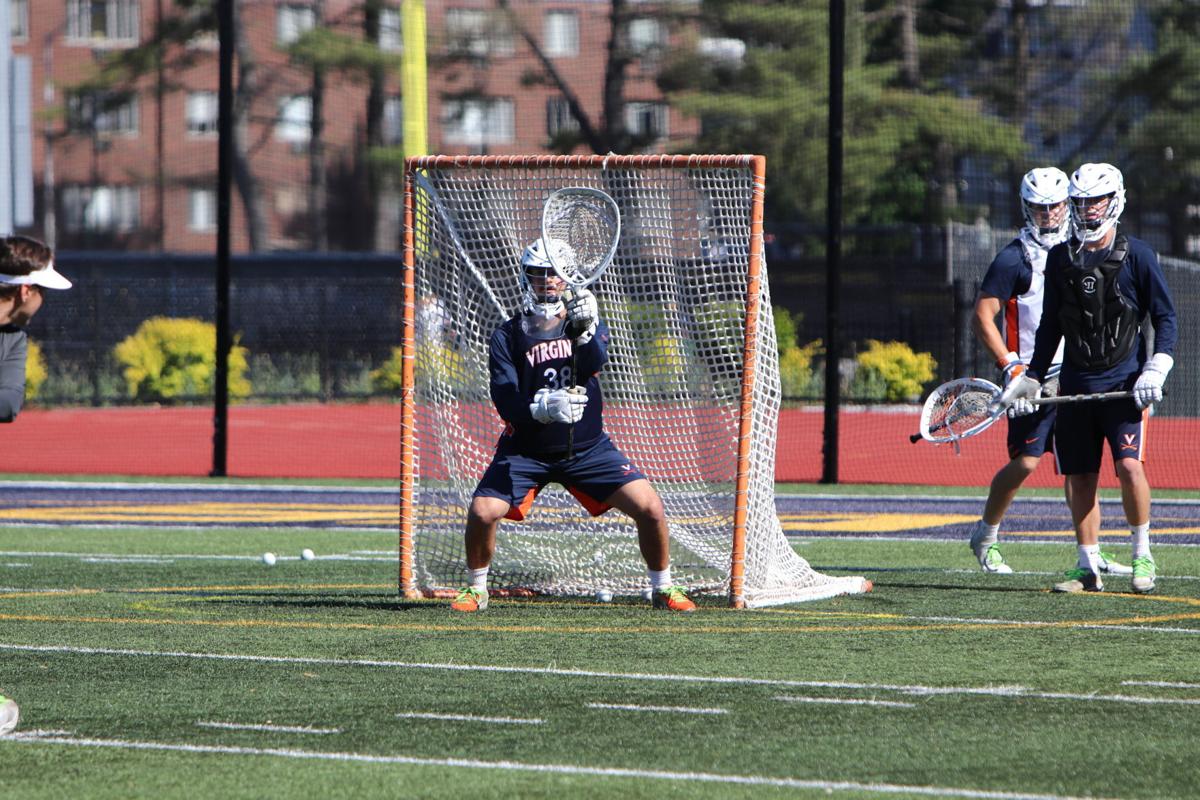 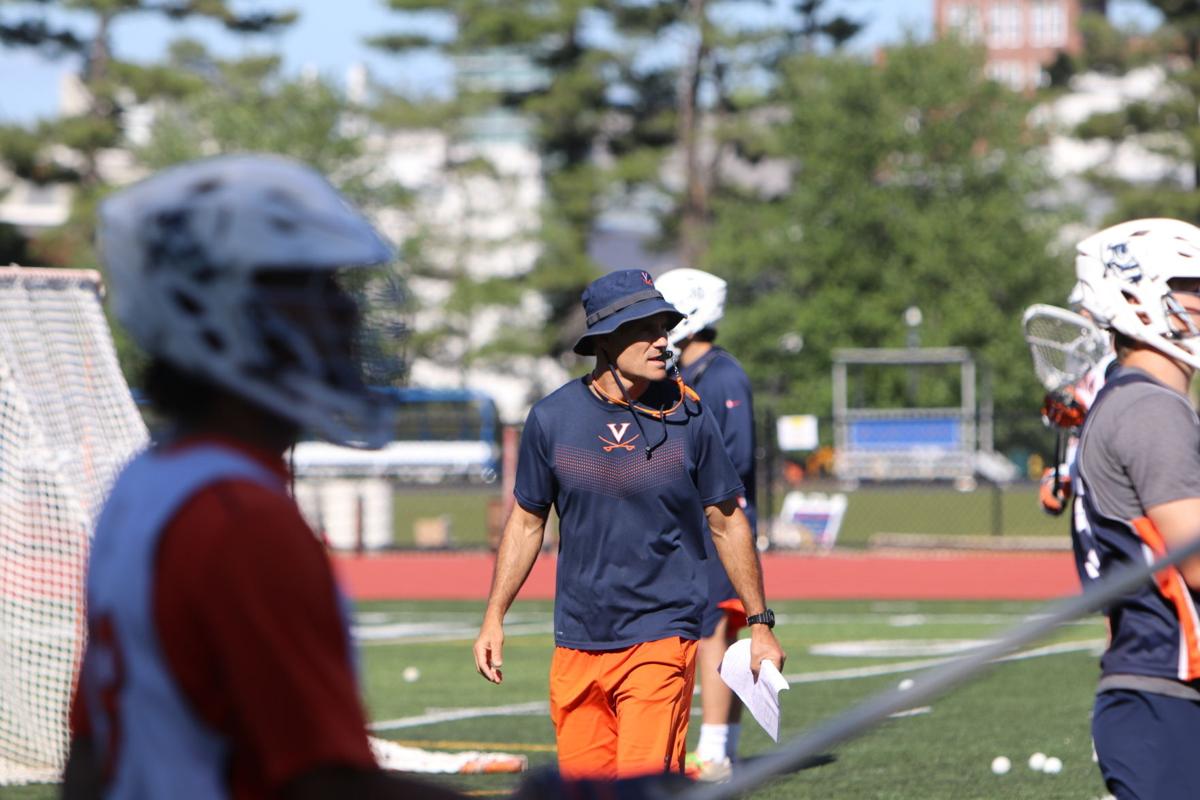 EAST HARTFORD, Conn. — After his team managed all of three goals in NCAA lacrosse tournament quarterfinal loss to Virginia earlier this month, Georgetown coach Kevin Warne suggested Steven Spielberg — and not Lars Tiffany — might be directing the Cavaliers’ defense.

“They are the longest defense we’ve played all year,” said Warne. “I feel like I’m watching Jurassic Park with a bunch of velociraptors running around in front of the goal.”

When Georgetown volunteer assistant Jack Rowlett, a Virginia native who played at North Carolina, offered up a scouting report on UVA to his former college coach, he started with that paleontological observation.

“They were shocked at how long Virginia is,” said North Carolina coach Joe Breschi, whose team faces the Cavaliers in the semifinals Saturday at Rentschler Field in East Hartford, Conn. “They have tremendous length. Their sticks are in the passing lanes.”

In preparation for that, Breschi said he moved three of his tallest scout team players to defense to try to emulate the Cavaliers’ reach.

Of course, the top-seeded Tar Heels have seen UVA’s defense up close. Saturday’s meeting will be the third this season between the ACC heavyweights. Carolina won the first game 16-13 in Charlottesville on March 11. The Cavaliers won 18-16 in Chapel Hill on April 10.

“When I looked at the stats I was like, ‘Wow, 32 goals for us, 31 for them in two meetings,’” said Breschi. “So, you’re looking at a shootout at the OK Corral, which will be fun for the fans.”

In neither of those previous contests could Virginia (12-4), the four-seed in this tournament, slow down UNC’s attack. Led by Chris Gray, the Tar Heels lead the nation in scoring, averaging 16.7 goals per game.

Virginia’s defense — led by Kology and Cade Saustad — is playing better than it was during those earlier meetings and it’s gotten longer and more athletic with the addition of 6-foot-7 freshman defender Cole Kastner into the lineup. Kastner was a high school basketball star who may walk-on to the UVA team this coming season.

The Cavaliers have gotten better on-ball defense, which has allowed more time for communication on when to help and when not to.

When opponents do find cracks or creases in the defense, senior goalie Alex Rode has been sharp. Rode has a 54.9 save percentage this season and an 11.5 goals against average.

They’re allowing just over 10 goals per game in the five contests since beating Carolina (13-2) and just five in their last four quarters of tournament play.

In 2019, a similar defensive surge helped lead Virginia to the national championship, a crown the Cavaliers still carry since the 2020 season was cut short by the COVID-19 pandemic. They have a chance to do something that’s never been done before in program history — win back-to-back championships.

It’s a familiar foursome gathering in Hartford this holiday weekend. In 2010, the same four teams — UVA, Duke, Maryland and North Carolina — competed in the ACC tournament in College Park, Md., back when the Terrapins were still conference members.

That event saw Virginia emerge as the league champion, following wins over Duke and Maryland. This run would have to begin by slowing down the Tar Heels.

And UVA will need to be dinosaur-like again to do it.

“Our defense is playing tighter as a unit,” said Virginia coach Lars Tiffany. “But we haven’t seen the likes of the Carolina offense in the last month and a half. This will really, really let us know, have we taken a big step forward?”

The legislation is at the request of college administrators, and will protect an athlete's right to receive endorsements and compensation, but with certain restrictions.

“Obviously it’s going to be extremely difficult, if not impossible, to reschedule a game based on COVID,” Richmond coach Russ Huesman said. 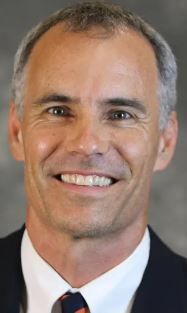 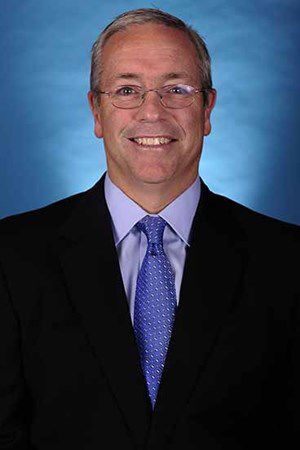