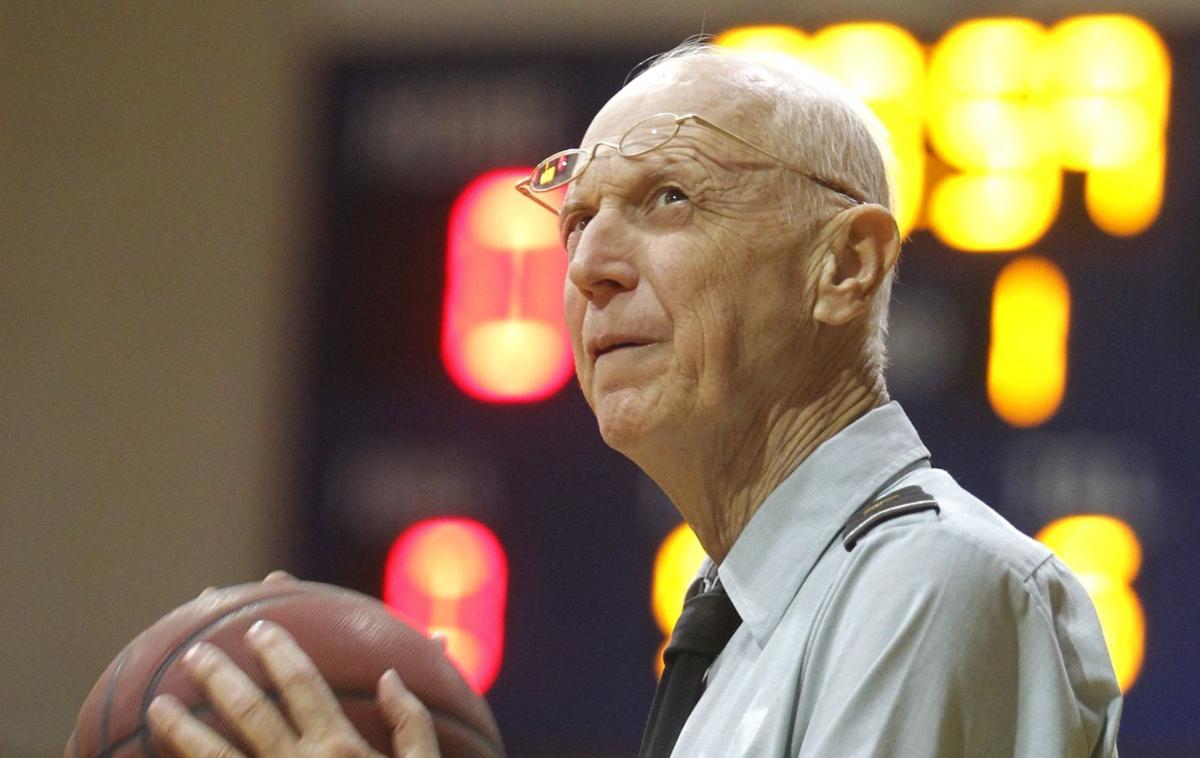 Fletcher Arritt had a record of 890-283 across 42 years leading the Fork Union Military Academy postgraduate hoops team. He died this week at 79. 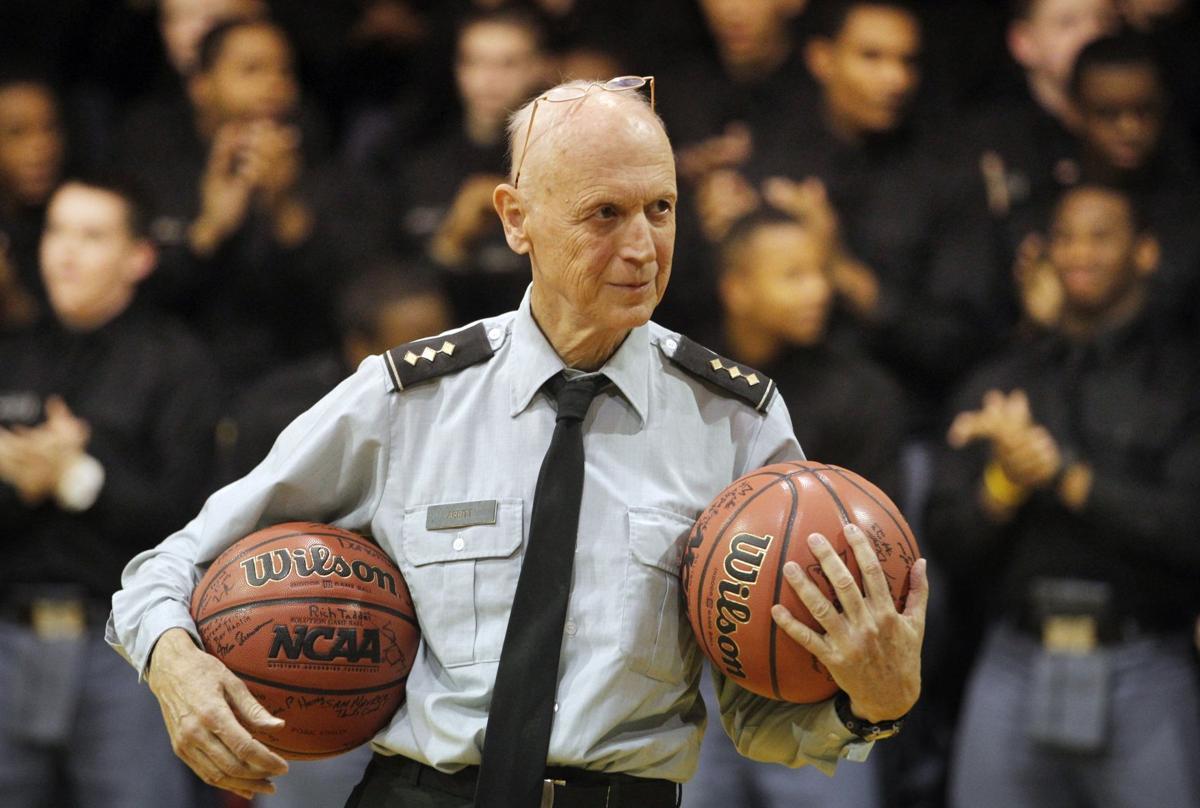 Fork Union coach Fletcher Arritt received a standing ovation from the school’s cadets during a ceremony at his final home game in 2012.

Several of the region’s most notable Division I basketball figures made their ways to a hamlet 55 miles west of Richmond in February of 2012. They congregated to celebrate the career of Fork Union Military Academy’s post-graduate coach, Fletcher Arritt, at his final home game.

Many of Mr. Arritt’s former FUMA players were also present.

Mr. Arritt, as well known for his unassuming nature as his teams’ success, did not appreciate the fuss made, even though he had been the FUMA coach since 1970.

“You come to work each day. You do your job, and then you go home, and you come back the next day, and the first thing you know, it’s been 42 years,” said Mr. Arritt, who taught biology.

Mr. Arritt, who played at Fork Union and Virginia before returning to FUMA as a teacher and coach, died Wednesday at 79 after an extended illness.

Mr. Arritt’s FUMA postgraduate teams went 890-283. He sent more than 200 players to Division I programs, and some went on to the NBA. FUMA’s postgraduate hoops setup drew high school graduates with Division I aspirations. They may have required another year of physical, basketball or academic growth, and matriculated at FUMA drawn largely by Mr. Arritt’s no-nonsense approach and glowing track record of player development.

Guard Harold Deane, for instance, played his senior year at Matoaca High and wasn’t satisfied with scholarship offers he received from mid-major programs. Deane spent the 1992-93 school year at FUMA playing for Mr. Arritt, and became a standout at UVA. There are many comparable stories. When Virginia and Virginia Tech met in 1994, five of the 10 starters were FUMA alumni.

Mr. Arritt, originally from Fayetteville, W.Va., was inducted by the Virginia Sports Hall of Fame in 2015, and FUMA’s basketball court is named for him and his wife, Betty Jean.

“His kids got it,” Dooley, the UR coach from 1993 to 1997 and a Spiders assistant before that, said of Mr. Arritt. “Fletcher did a fabulous job preparing them on the floor, obviously, but they also knew how to treat teammates, how to treat people.”

Each fall, a parade of Division I recruiters entered FUMA’s gym to watch Mr. Arritt’s demanding practices. With rosters and notepads, they sat in folding chairs along the baseline. Mrs. Arritt served iced tea. At the workouts’ conclusions, Mr. Arritt had his players form a line and introduce themselves to each coach.

That was part of Mr. Arritt’s many routines for 42 years. “If you like what you’re doing, you keep doing it,” he said.

The legislation is at the request of college administrators, and will protect an athlete's right to receive endorsements and compensation, but with certain restrictions.

“Obviously it’s going to be extremely difficult, if not impossible, to reschedule a game based on COVID,” Richmond coach Russ Huesman said.

Fletcher Arritt had a record of 890-283 across 42 years leading the Fork Union Military Academy postgraduate hoops team. He died this week at 79.

Fork Union coach Fletcher Arritt received a standing ovation from the school’s cadets during a ceremony at his final home game in 2012.