As Va. passes 5 million total vaccines given, Northam says every resident who wants a dose could get one by end of May

For Ricky Rahne and ODU, a 2020 without games was a football season like no other
0 comments
Share this
1 of 4 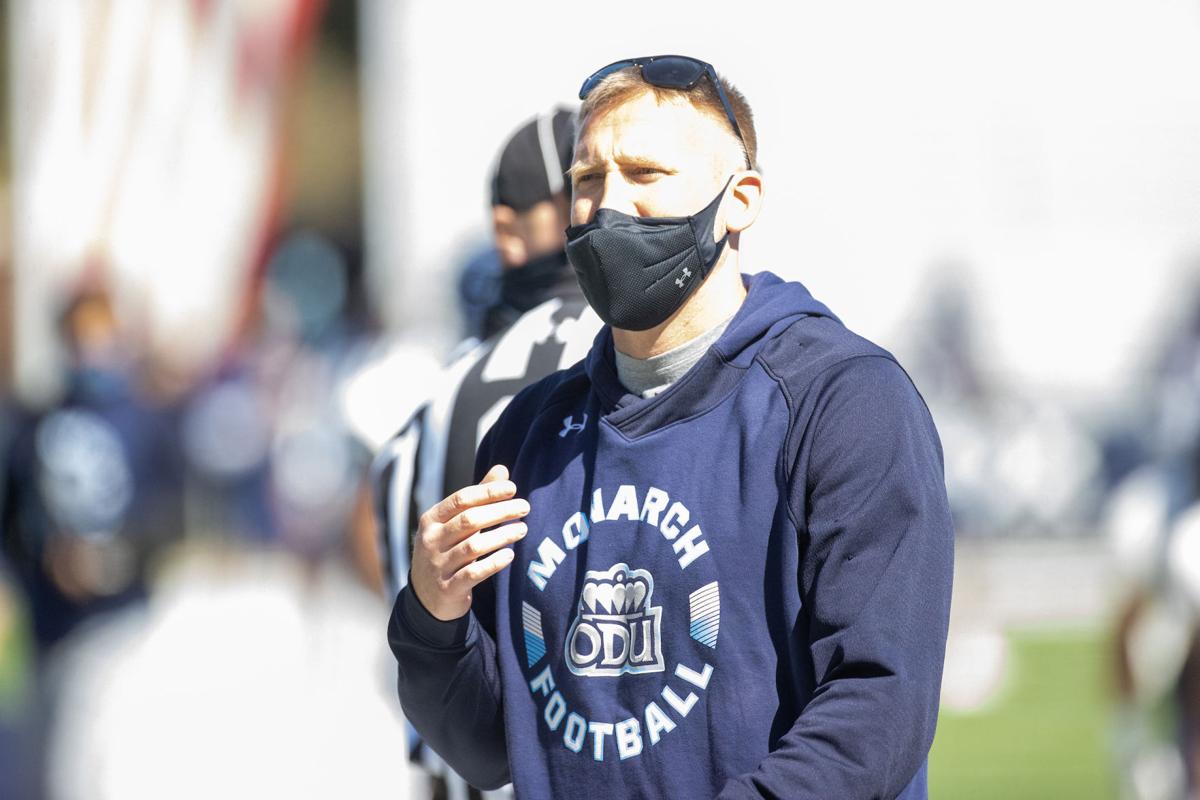 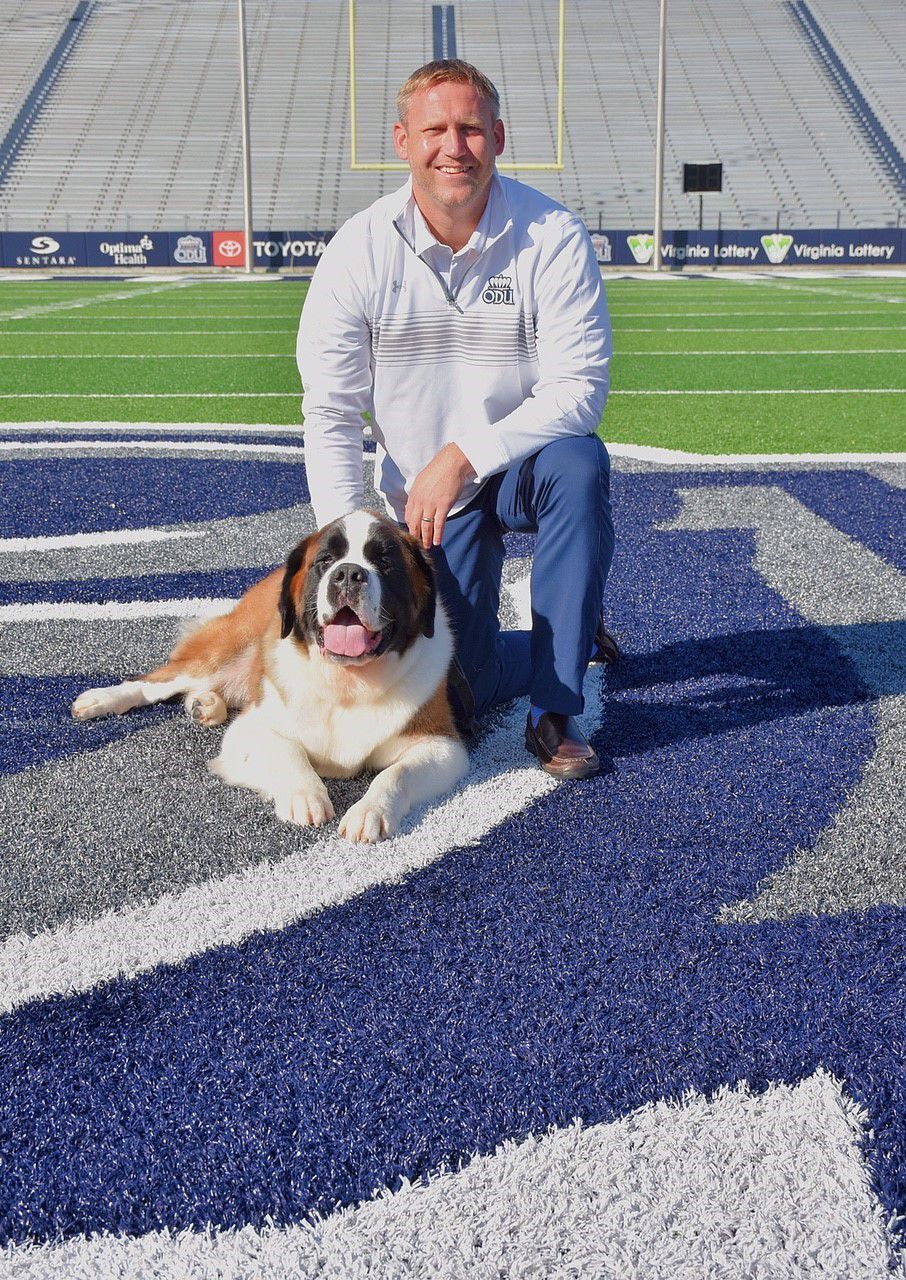 Without a football season, ODU head coach Ricky Rahne has had more time to spend with Kodiak, his 4-year-old Saint Bernard. 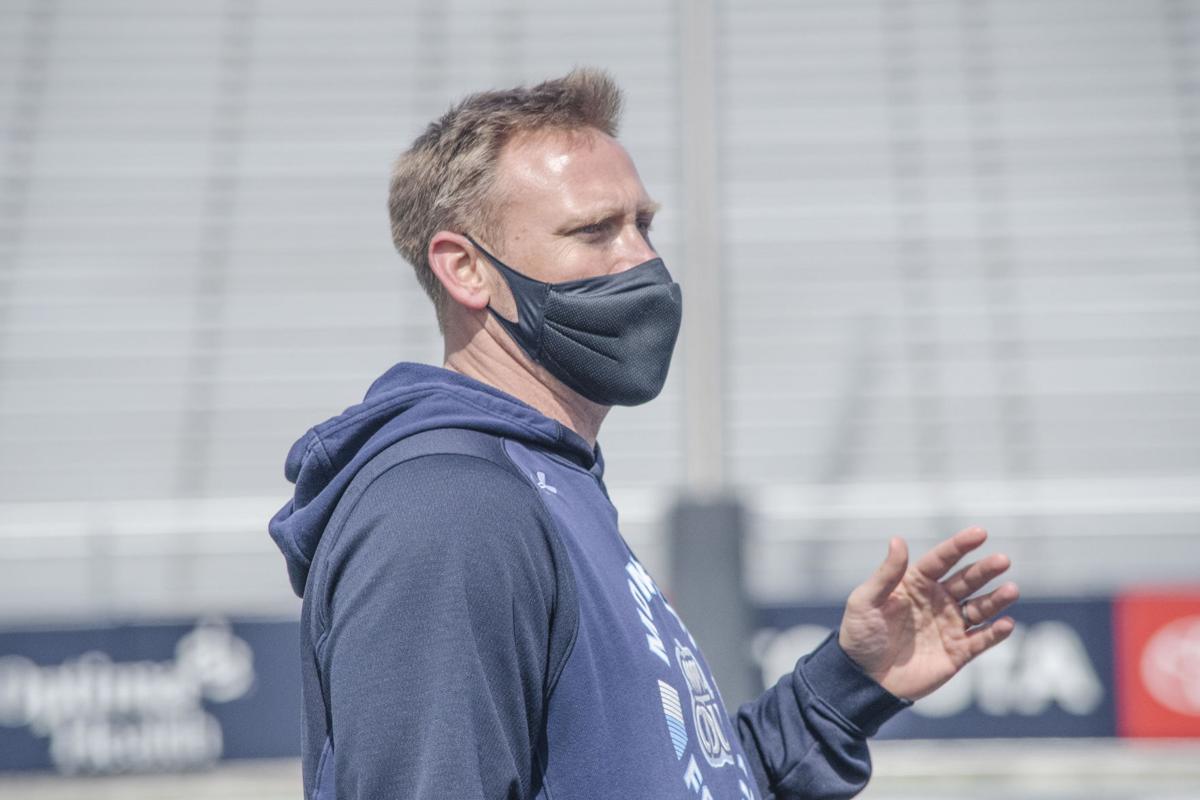 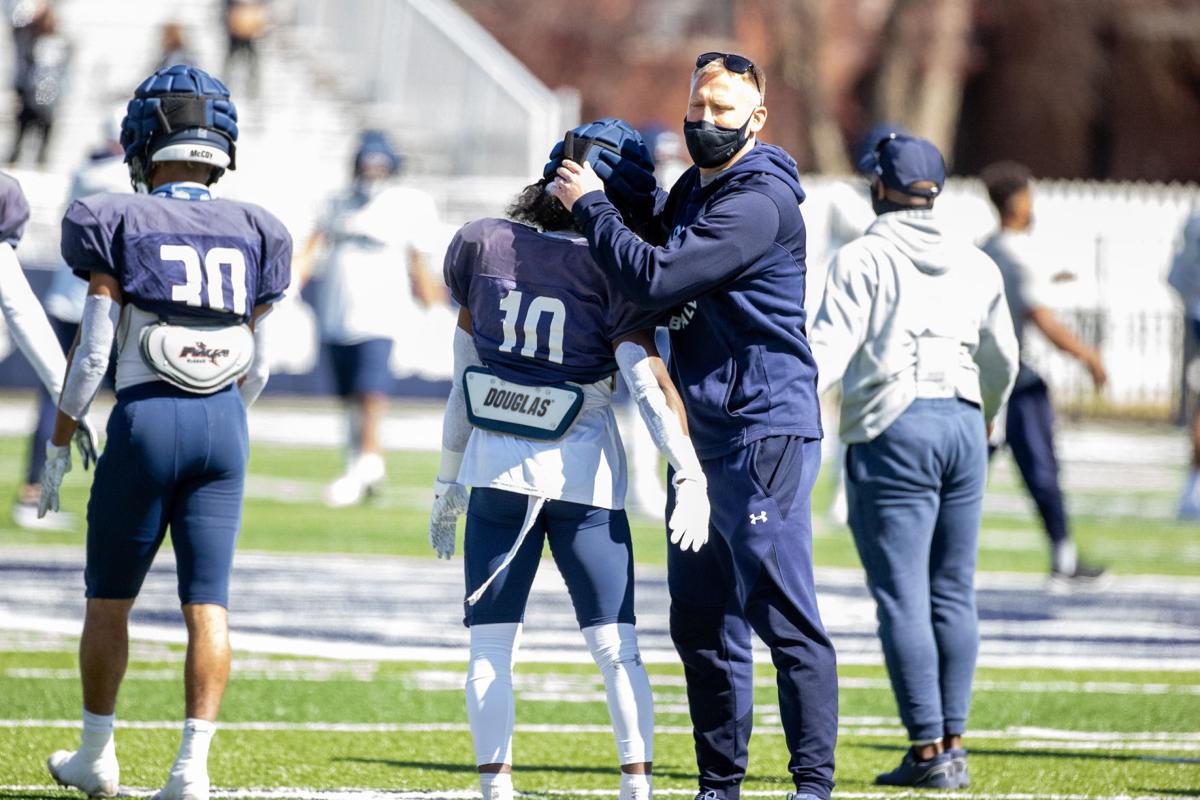 The first time Jordan Young visited Ricky Rahne’s home, the senior linebacker met his new football coach’s wife and two sons at dinner. But the final member of the family didn’t make his appearance until the dishes were cleared.

“After we finished eating, they let the dog in. I saw this big bear-looking thing charging at us,” said Young. “But it was the sweetest and softest dog. It wanted to cuddle up like it was a small dog.”

That dog, Kodiak, Rahne’s 4-year-old Saint Bernard, has played a big part in getting the first-time head coach through his debut “season” at Old Dominion, one where his team didn’t get to play any games.

Rahne spent the fall working to keep his team focused and motivated, holding practices while the rest of FBS schools were playing games. The past two months, he led the Monarchs through his first spring practice, 15 workouts that culminated with Saturday’s spring game.

Away from the field, the 40-year-old Colorado native relied on his family, watching the NFL, playing video games — he mixed “Assassin’s Creed Valhalla” in with his normal rotation of sports games — and his dog to help manage his stress.

“I think we all felt it,” said Rahne. “We all saw the games. I think for all of us, it was hard to watch them.”

Still, Rahne did. He took in some Conference USA games, continuing his familiarization with his new slate of opponents, and watched a bunch of the Penn State players he helped recruit and coach for the Nittany Lions.

ODU hired Rahne, who spent the past six seasons at Penn State, to take over for Bobby Wilder, the man who restarted the Monarchs’ program in 2009 and won but went 1-11 in 2019. The COVID-19 pandemic wiped out Rahne’s first spring with the team.

Then, in August 2020, ODU announced it would not be playing any fall sports due to the spread of the virus, no matter what the rest of its league — Conference USA — or the country decided.

The players would spend the fall watching almost every other FBS school play its season. Only Connecticut and New Mexico State sat out.

FCS schools pushed their games to this spring. The Monarchs remained sidelined, limited to 14 practices in October.

“It was a little hard to sit back and watch everyone else play,” said senior offensive lineman Isaac Weaver. “We all came here to play football games and it’s hard when you get something like that taken away from you, something you love. It was a lot of emotions and it definitely took a little bit of time to comprehend. Once you do, you realize there’s nothing much you can do.”

For Rahne, it meant another challenge in his first run as a college head coach. Suddenly, managing his team’s emotional well-being and mental focus became even more important than usual, and more important than installing his offensive and defensive schemes or selecting a starting quarterback, a decision he won’t make until the fall.

He used the fall workouts the NCAA allowed to focus on fundamentals and to get his first real on-the-field look at his new players. Rahne told the team when he was hired that every player would be getting a clean slate with their new head coach and, true to his word, he didn’t watch any of their video from the 2019 season.

He got to know his players first-hand during the fall and spring workouts, and he found a team surprisingly resilient in the face of disappointment. The players swallowed the sting of not being allowed to compete in games and set to work getting ready for the 2021 season.

Veterans, including Weaver and Young, helped Rahne set a forward-looking mindset for the group. Still, by this month, the players were growing tired of practicing against each other and sessions, Rahne said, had become a bit “chippy.”

Understandable. ODU hasn’t played a game in 17 months. It hasn’t won one in 20 months. Saturday, when the team took the field with limited people in the stands for the spring game, it felt closer to the real thing than it has in a long time.

“I saw the band out there when we ran out of the tunnel. It resembled a little bit of normalcy,” said Young. “When we’re in a game, and there are packed stands, I’m just going take in every moment like I’m a freshman again going out to my first game.”

His head coach will have the same perspective.

“We’re just ready to get out there,” said Rahne.

“Ultimately, I think it’s going to hurt FCS football quite a bit, to be honest with you,” said Richmond coach Russ Huesman.

With win over The Citadel, VMI nets primary goals and more

CHARLOTTESVILLE — Ian Laviano took a long pause, sucked a breath through his teeth, then exhaled before letting the words escape his mouth.

Without a football season, ODU head coach Ricky Rahne has had more time to spend with Kodiak, his 4-year-old Saint Bernard.