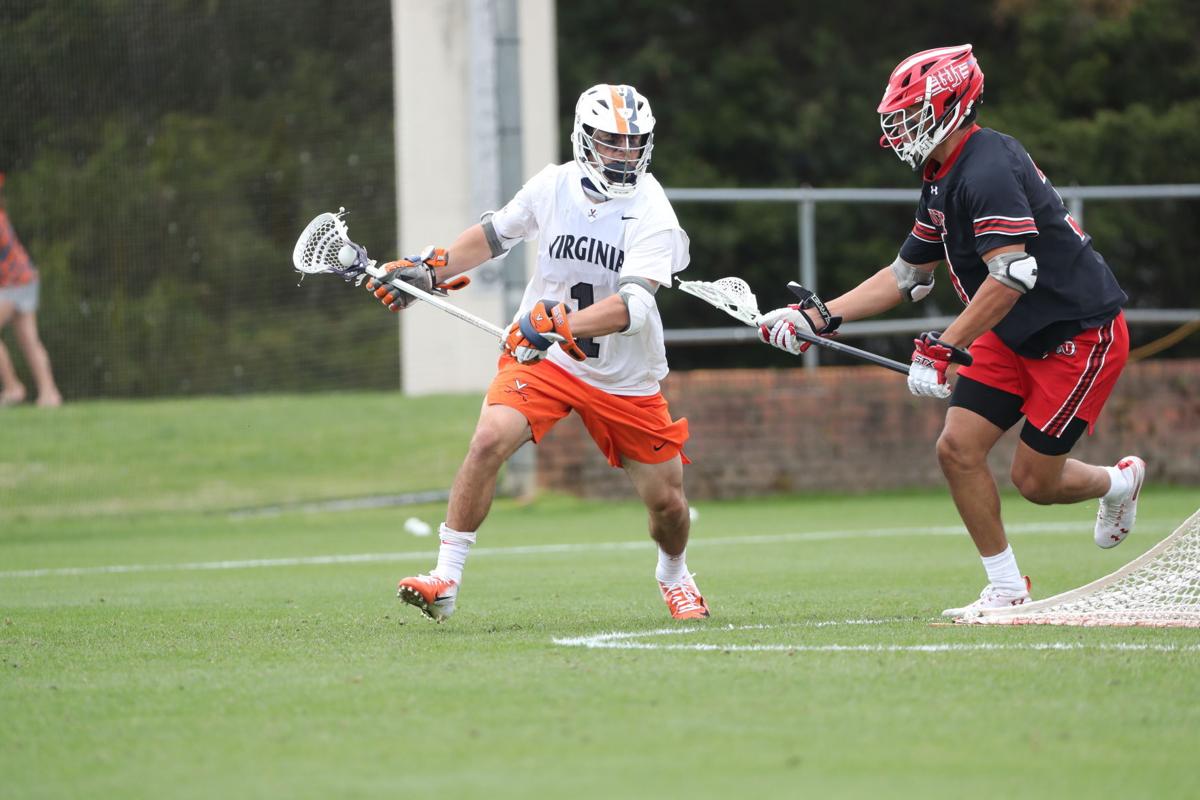 UVA’s Connor Shellenberger makes a move past a Utah defender in Charlottesville. The redshirt freshman scored three goals in the victory for No. 4 Virginia. 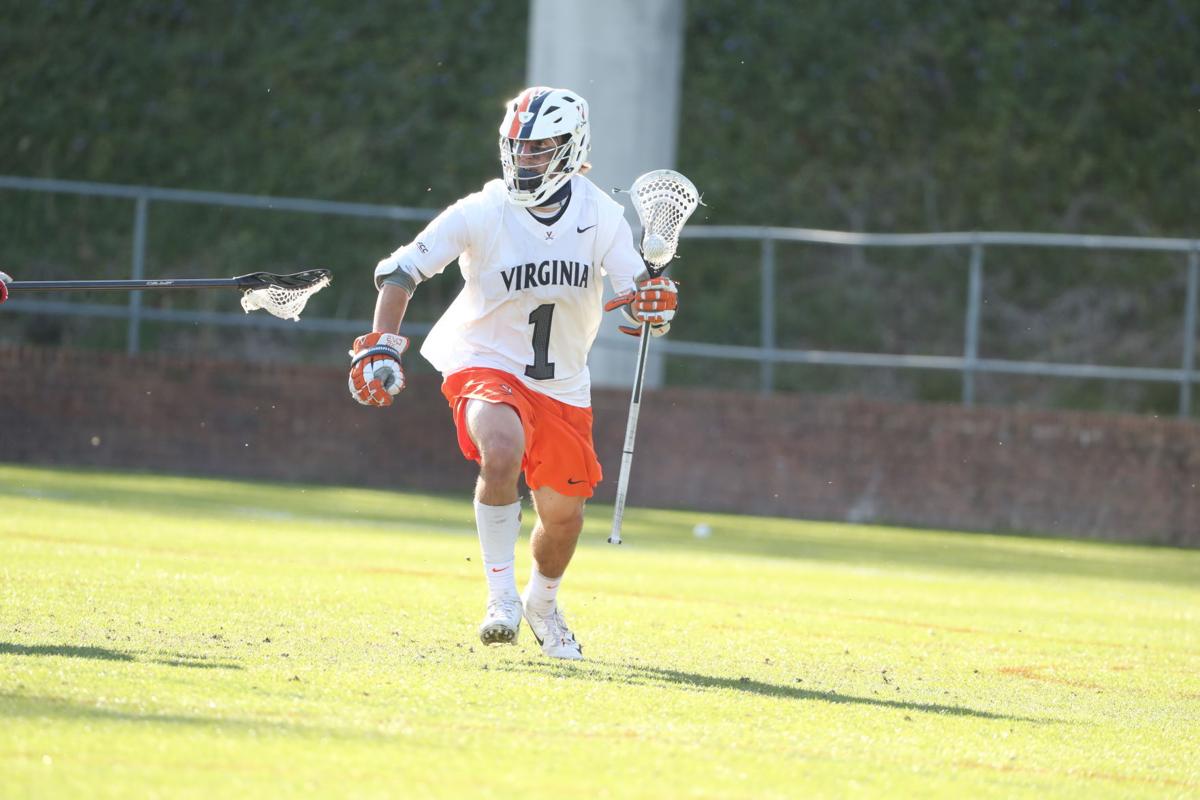 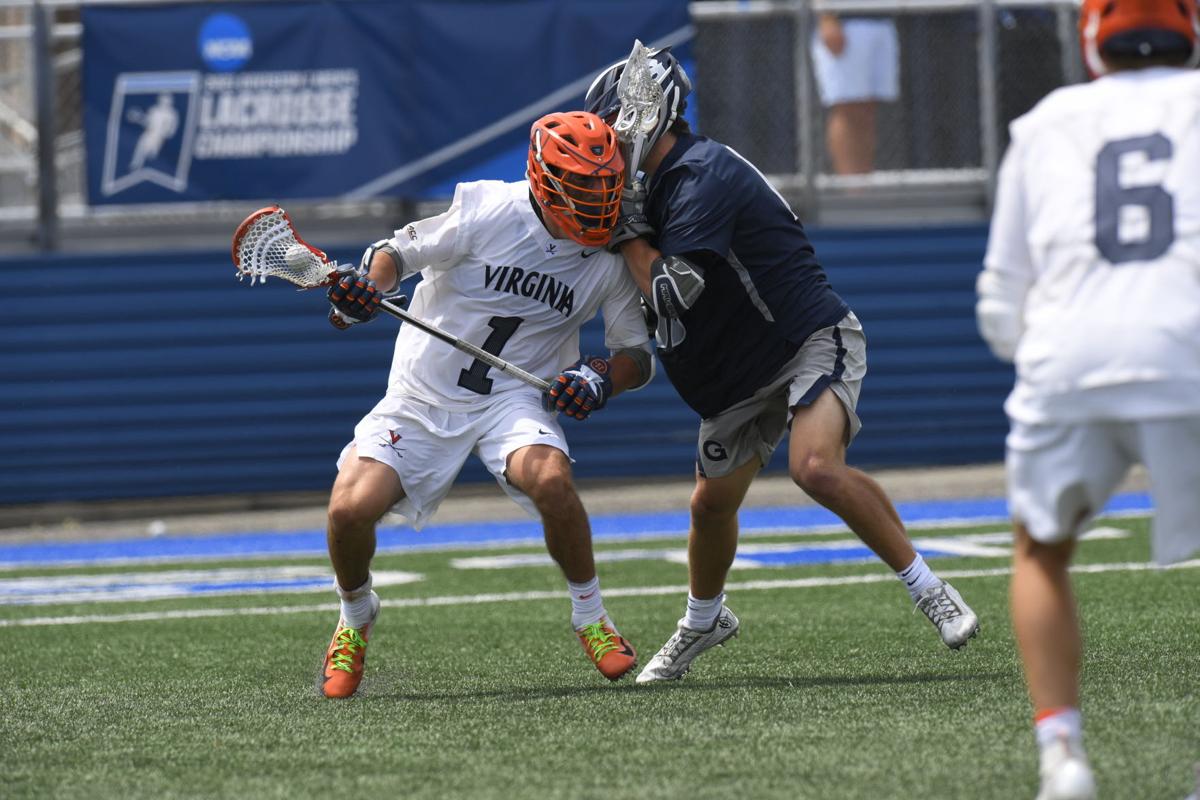 CHARLOTTESVILLE — Connor Shellenberger knew what some people might be thinking.

Why was the No. 1 lacrosse recruit in the nation, a prospect the top programs had been drooling over since his middle school days, the one who ultimately opted to stay at home and play for Virginia, redshirting his first season in college?

“I think, initially, when it was first discussed, there were like 1,000 thoughts racing through my head,” Shellenberger said. “How will this be viewed? Maybe people will think I’m overrated or I’m not going to pan out at UVA.”

Still, after talking it over with his parents and Cavaliers coach Lars Tiffany, the former St. Anne’s-Belfield star agreed to use his rookie season as a developmental year. He sat out the six games UVA played before COVID-19 wiped out the rest of the season.

“I know there was part of him that was ready to go and had been waiting a long time,” said his high school coach, Bo Perrielo.

Shellenberger had grown up attending UVA games at Klockner Stadium — wearing a Cavaliers jersey, then going home and playing in the backyard, imagining he was helping the home team reach the Final Four, a dream that became reality this past weekend when his six goals helped lead Virginia past Georgetown and to Saturday’s semifinal game against top-seeded North Carolina.

It was the kind of virtuoso performance the lacrosse world has been expecting from Shellenberger since he initially committed to Johns Hopkins as an eighth grader, part of the last class before the NCAA upped the minimum age. By the time he was a senior at STAB, Shellenberger was the top recruit in the nation in his class and had changed his college choice to hometown UVA.

“It kind of pushed me in a way,” Shellenberger said. “You’re getting everyone’s best shot at summer tournaments. I just felt like I had to work because everyone was coming for me. Whether that was true or not, you kind of just had that mindset.”

Still, Shellenberger’s accolades never came between him and his teammates, Perriolo said. While future Division I recruits including Joe Robertson (Duke) and Emmett Barger (Notre Dame), might have played in Shellenberger’s shadow, that never became a chemistry issue at STAB.

Whether it was his fellow future college players or far less talented other teammates, Shellenberger’s acclaim never became a disruption.

“It sounds crazy for a kid with all of his accolades but he does not have much of an ego,” Perrielo said. “He wants to be the best player he can and he wants the players around him to be the best players they can be. You had the No. 1 player in the country sometimes on the field with kids who were just learning the game. And he was still always positive, always working to make other kids better, never got frustrated with the fact that he was playing with lesser players. It’s just who he is.”

At Virginia, for the first time, Shellenberger felt pressure to live up to being a touted signee.

“I felt like I had to prove something to my teammates that I didn’t,” he said. “They didn’t care that I was the No. 1 recruit. They cared about me as a person and a player. In high school, I really loved it. In college, I thought about it too much in the fall. Not even thinking about it but I felt it.”

That pressure subsided after deciding to redshirt. Shellenberger could feel himself relax, and his coaches started to see the talent that had led them to sign him in the first place. This season, it’s been on display for the nation.

Shellenberger, a redshirt freshman attackman, ranks second on UVA (12-4) with 31 goals and leads the team with 36 assists going into Saturday’s game against the Tar Heels (13-2) in Hartford, Conn.

“There’s no question, it’s hard to hide from being the No. 1 recruit in the nation,” Tiffany said. “I give him a lot of credit. The maturation I’ve seen with him, to make the decision to redshirt last year, I think that was a bit of a relief at the time.”

During this NCAA tournament run, Shellenberger has begun to play more aggressively and assertively. He’s scored eight goals and tallied four assists in wins over Bryant and Georgetown.

“It’s a boyhood dream. I’m so happy for him,” Tiffany said. “He still gets really excited when he makes plays or scores goals, even though he’s up to his 30th or 40th. He really loves this. He is exactly in the place he always wanted to be.”

UVA’s Connor Shellenberger makes a move past a Utah defender in Charlottesville. The redshirt freshman scored three goals in the victory for No. 4 Virginia.