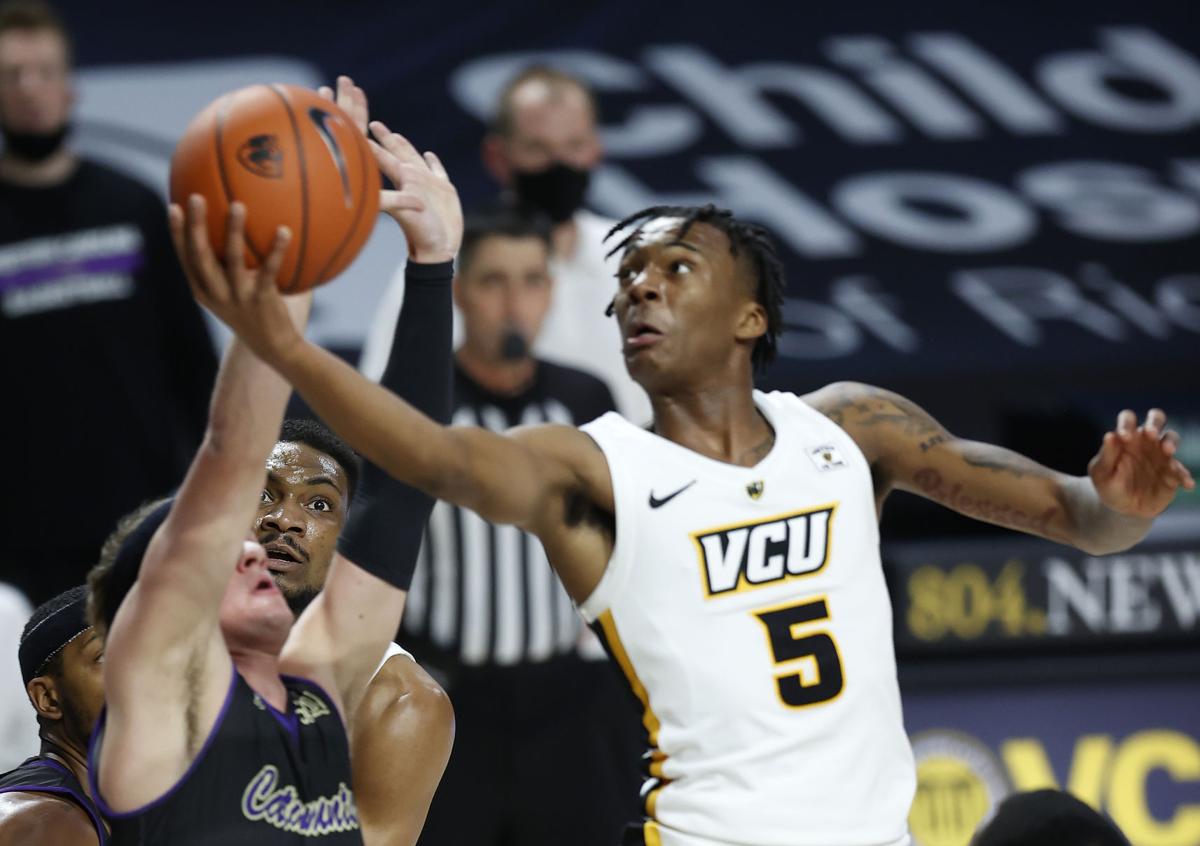 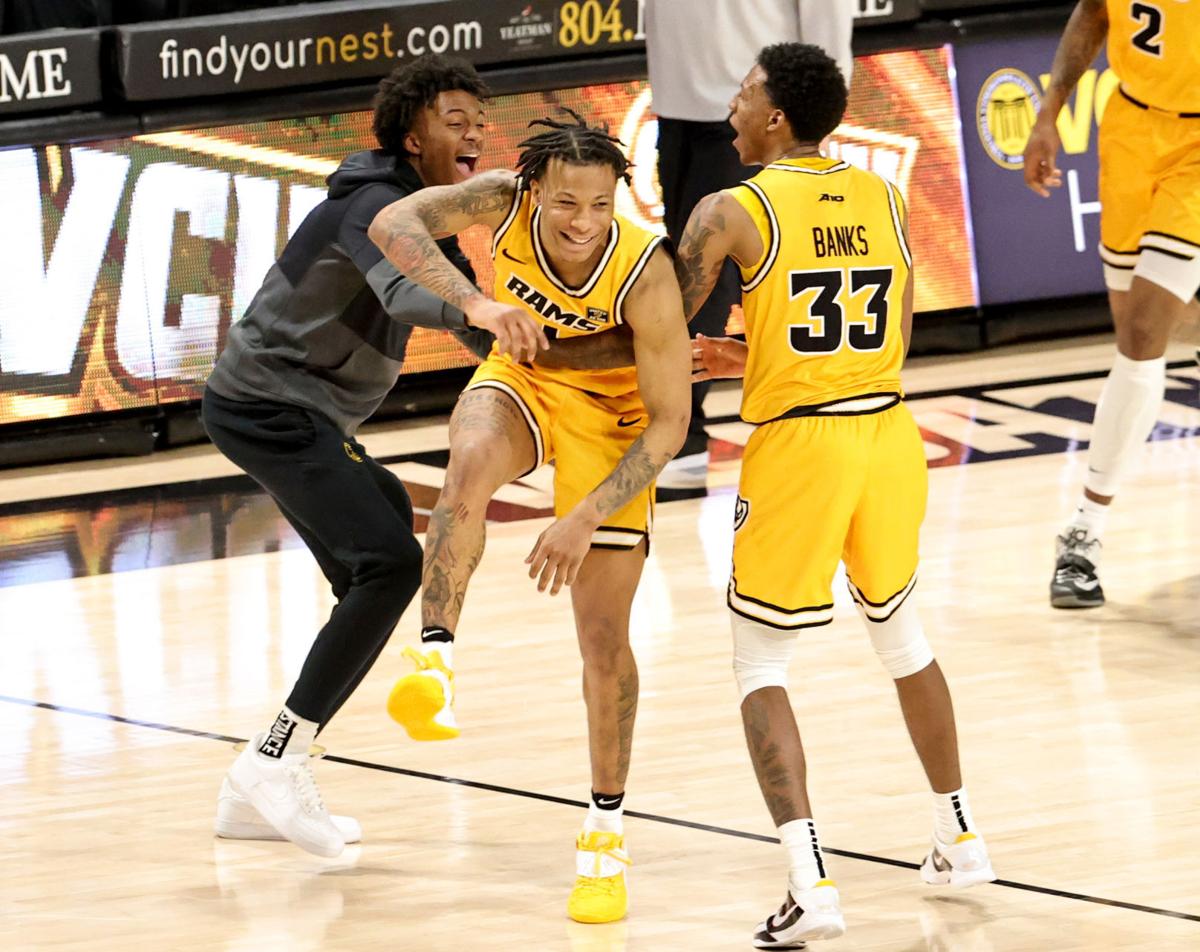 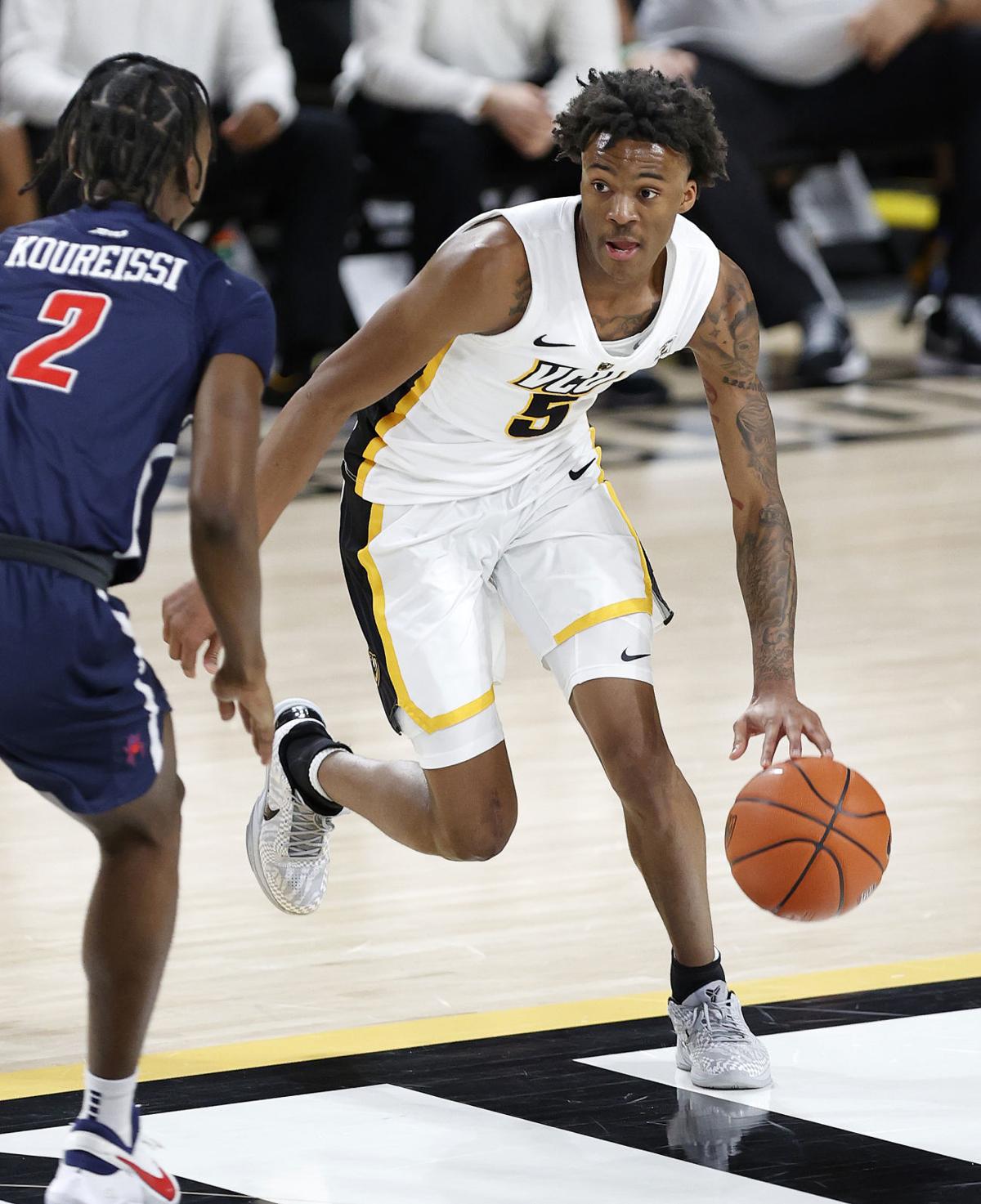 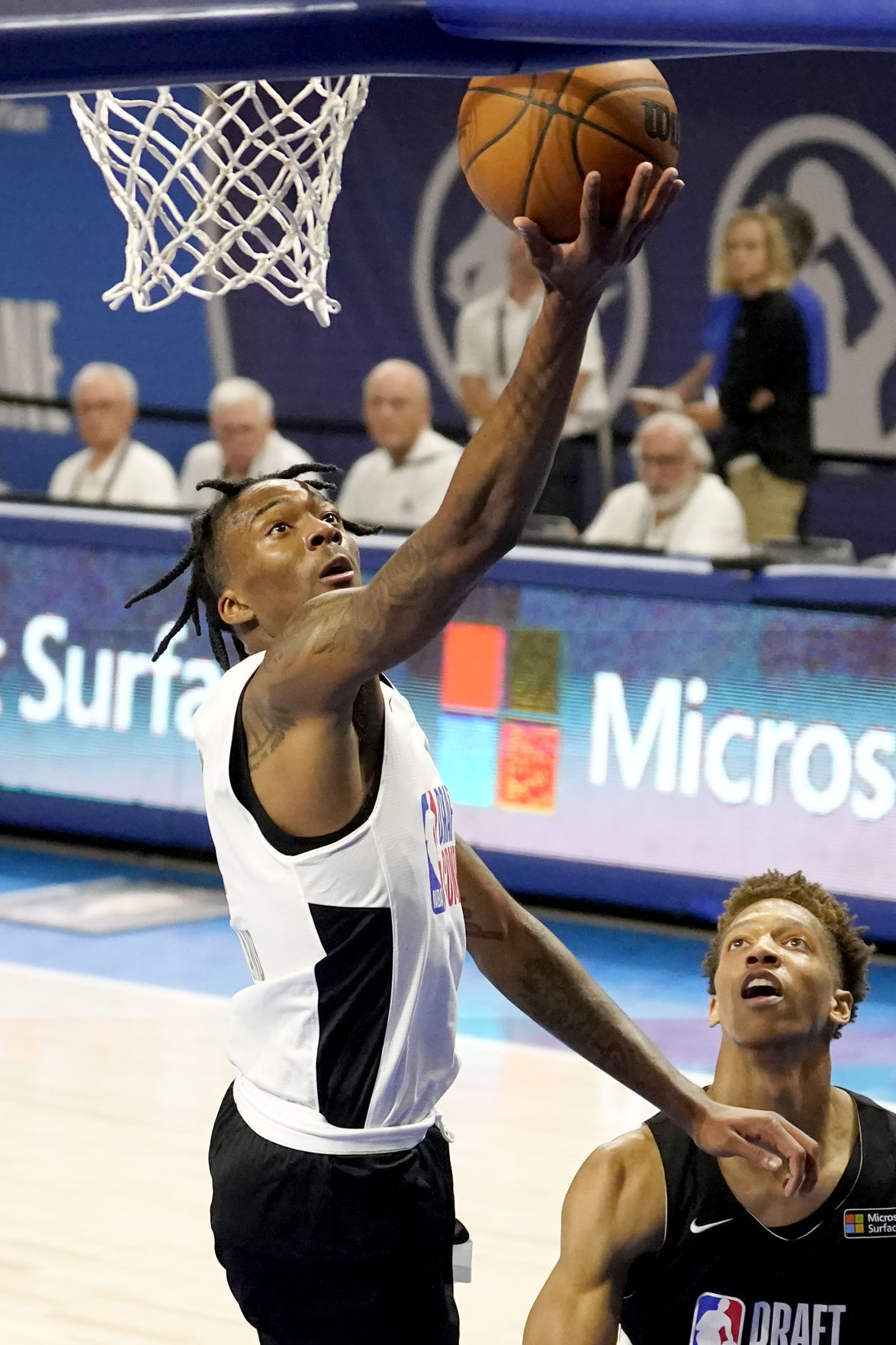 VCU’s Bones Hyland upgraded his stock for the NBA draft with his performance last month at the NBA draft combine at Wintrust Arena in Chicago. He’s viewed as a possible late first-round selection.

Bones Hyland can still remember when the hook was set.

When he was a toddler, his older brother, Tykee, introduced him to basketball. Hyland was captured by it. It instilled a fascination and enthusiasm for the game right away.

“It was ever since then,” Hyland said. “He put the ball in my hand and [I] just fell in love with the way the ball bounces.

Hyland seems to carry that delight with every step-back 3-pointer, every smooth charge to the basket, and with how he celebrates his team’s successes, not just his own.

The Wilmington, Del., native took it through his journey onto the national recruiting radar, with his play in high school and on the AAU circuit, before he picked VCU.

It was part of his electric two-year run with the Rams, before he elected to enter this year’s NBA draft.

In the past couple of months, he’s tried to convey his ebullience to his prospective NBA employers through the predraft process. Bundled with confidence in his abilities, and the game to back it up, Hyland boosted his draft stock — highlighted by his performance in the draft combine in June.

He’s reached the doorstep of fulfilling a dream. Hyland is preparing to, in a matter of hours, hear his name called as an NBA draft pick. The draft will air Thursday night, starting at 8 p.m., on ABC and ESPN.

“You know when you go to sleep you dream, and it’s just like you don’t ever want to wake up, because you feel like the dream is the best dream ever?” Hyland said Tuesday. “That’s exactly how I’m feeling. It’s just like, the position that I’m in and the people that’s around me and everything … it’s just a blessing, honestly.

“That’s really the No. 1 thing I can say about this whole process, it’s just been a blessing.”

In media mock drafts, the most common spot where Hyland appears is late in the first round. An aggregate mock draft published by HoopsHype, compiling predictions from various outlets, had Hyland No. 28, where the Philadelphia 76ers pick.

Coming off a sophomore season at VCU when he averaged an Atlantic 10-best 19.5 points and was named the league’s player of the year, Hyland declared for the draft in mid-April.

He began predraft training in Atlanta and turned heads with his 17 points — including three 3-pointers — plus six rebounds, four assists and two blocks in an NBA draft combine scrimmage in Chicago late last month.

Hyland had workouts with 11 teams and was happy with how each went. In particular, he felt he shined in stops with the Warriors, Celtics and Thunder.

“Just because the NBA is about guys who can shoot it deep and play off the dribble. And so I think he fits into that,” Schmitz said of Hyland, who led the A-10 with 69 3-pointers this past season. “Still needs to get stronger, improve defensively, improve as a decision-maker, for sure. All those things.

“But when you talk about the length and the scoring ability, I think he’s pretty intriguing.”

The 20-year-old measured at 6-foot-2 and 169 pounds at the combine, with a wingspan of 6 feet, 9.25 inches. He played primarily point guard as a freshman at VCU and was primarily an off-the-ball, shooting guard as a sophomore.

Hyland believes his on-ball, off-ball versatility is a key asset as well.

“I’ve looked at him like an Immanuel Quickley [of the New York Knicks],” Schmitz said. “A guy who’s maybe a little bit more wired to score, but can moonlight a little bit at the point guard spot as well. And if you look at the way the game is now, especially in bench units, so many teams are playing two, sometimes even three guards together. And so I think he can fit in that role for sure.”

Off the court, in his interviews with teams, Hyland gave teams a glimpse of his personality.

“I just like to tell them, when you draft me, I can be that guy in the locker room and on the court that’ll cheer people up and cheer people on,” Hyland said. “And also that guy that everyone wants to be around.”

Hyland’s joy for basketball is what stands out for him, VCU coach Mike Rhoades says.

“And I think that that really helps you continue to move forward and to get to a point where he’s at,” Rhoades said. “He had a joy to be in the gym and a joy to shoot the basketball. And a joy to be around people to talk basketball.

“And I think the world’s seeing that now.”

This week has remained busy for Hyland, featuring final interviews with teams over Zoom. But he returned home to Wilmington, and said he was enjoying time with family leading up to Thursday night. He also shopped for his draft-night attire. He’ll watch the draft with family and friends at a venue in Wilmington.

Before he hit the national radar, he was a well-known figure around Wilmington. Rod Griffin, who coached Hyland in high school at St. Georges Tech in Middletown, Del., said Hyland and the draft are the talk of the town in the Wilmington area.

According to Basketball-Reference.com, only nine Delaware-born players have ever appeared in the NBA. Griffin said, with a chuckle, that Hyland’s selection Thursday would make him mayor of the city.

“I think, for the city, it will be phenomenal that one of its own sons came out and has an opportunity to make it to the NBA,” Griffin said. “And a lot of people watched him grow through the process.”

Hyland said he likely won’t get much sleep Wednesday in anticipation of Thursday’s big night. He’s close to being the 20th NBA draft pick out of VCU and first since Larry Sanders went 15th overall to the Milwaukee Bucks in 2010.

Griffin said Hyland’s mindset and will to succeed are amazing. A seed planted by Hyland’s brother has blossomed to the precipice of an NBA opportunity.

He’s ready for it to come to fruition.

“People really don’t make it out of Wilmington, Del.,” Hyland said. “And the fact that I’m about to do it, it’s just like, ‘Wow, this kid did it. From nothing. The adversity that he faced, and just be able to bounce back.’

“I can show the kids back at home, ‘You can do it, too, as well. No matter what’s thrown your way.’”

Did Mike McCarthy buy himself some time?

Did Mike McCarthy buy himself some time?

As I sat down to cast my AP Top 25 ballot, I saw a note flash by on the ticker on the bottom of my television screen. More ranked teams have l…

Never did his father push him toward coaching, according to Billy, but from long ago until the present, they’ve talked blitzes and bombs.

VCU’s Bones Hyland upgraded his stock for the NBA draft with his performance last month at the NBA draft combine at Wintrust Arena in Chicago. He’s viewed as a possible late first-round selection. 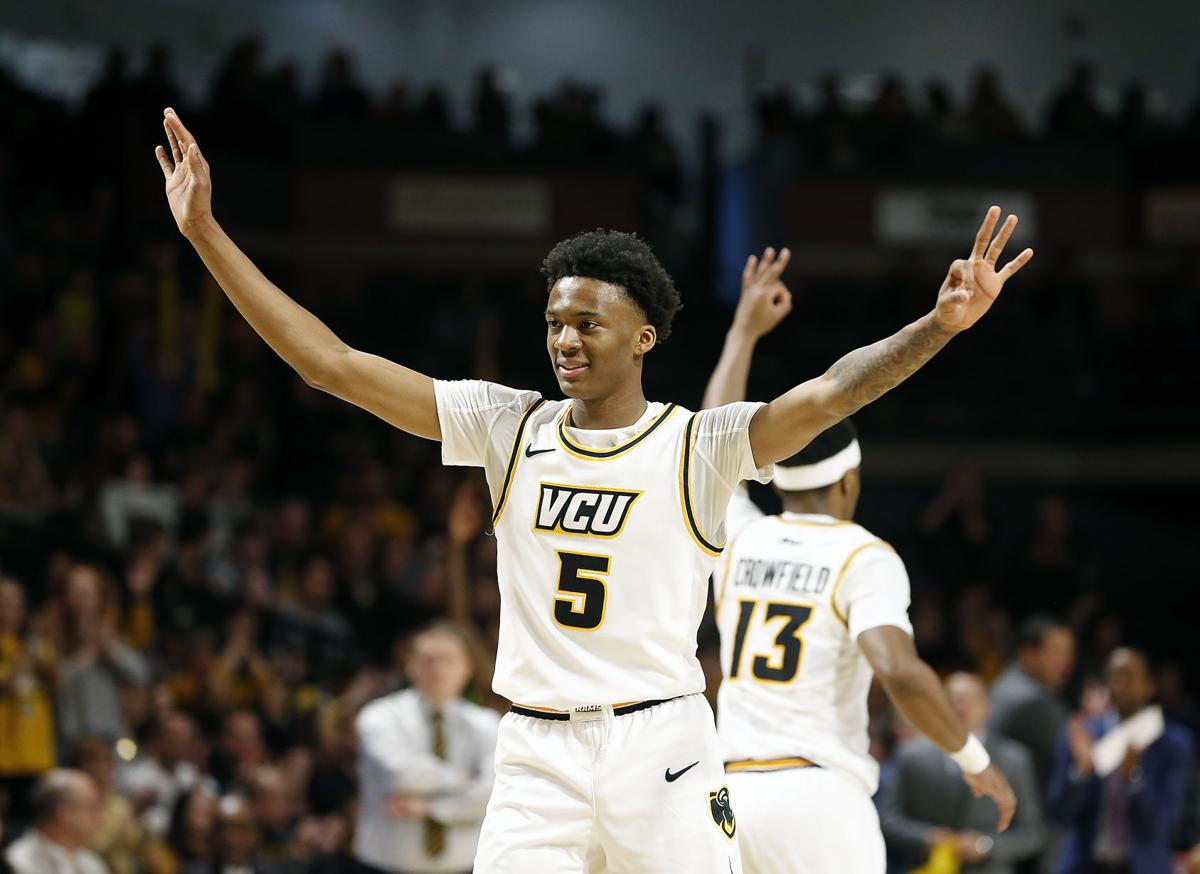