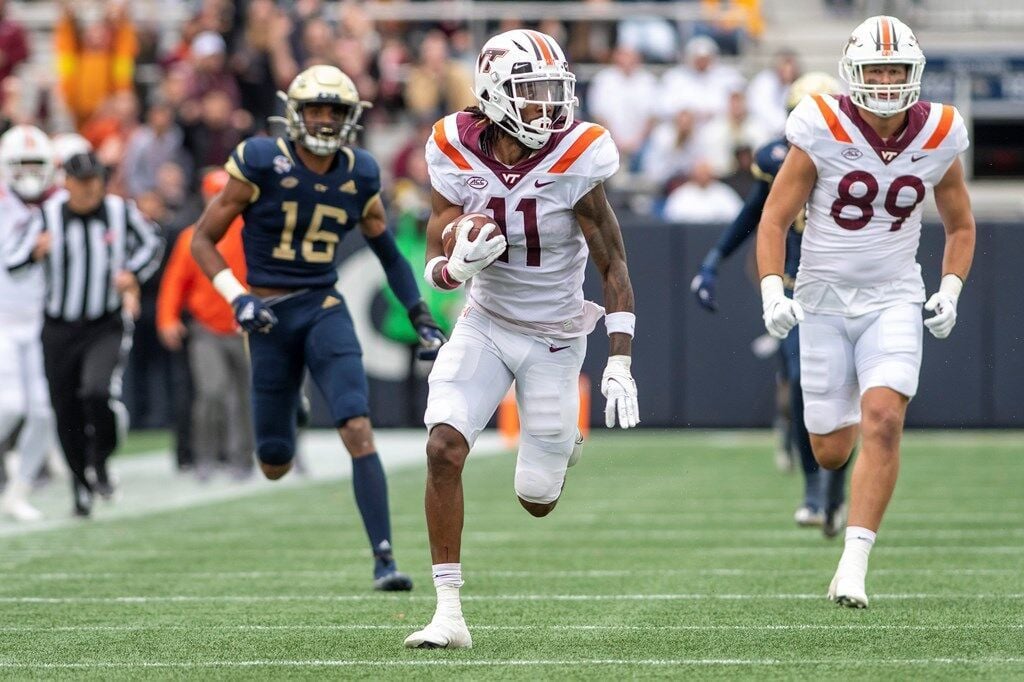 Virginia Tech wide receiver Tre Turner has played through injuries the past two seasons. Turner said, “I feel like it’s time for me to get what I deserve.” 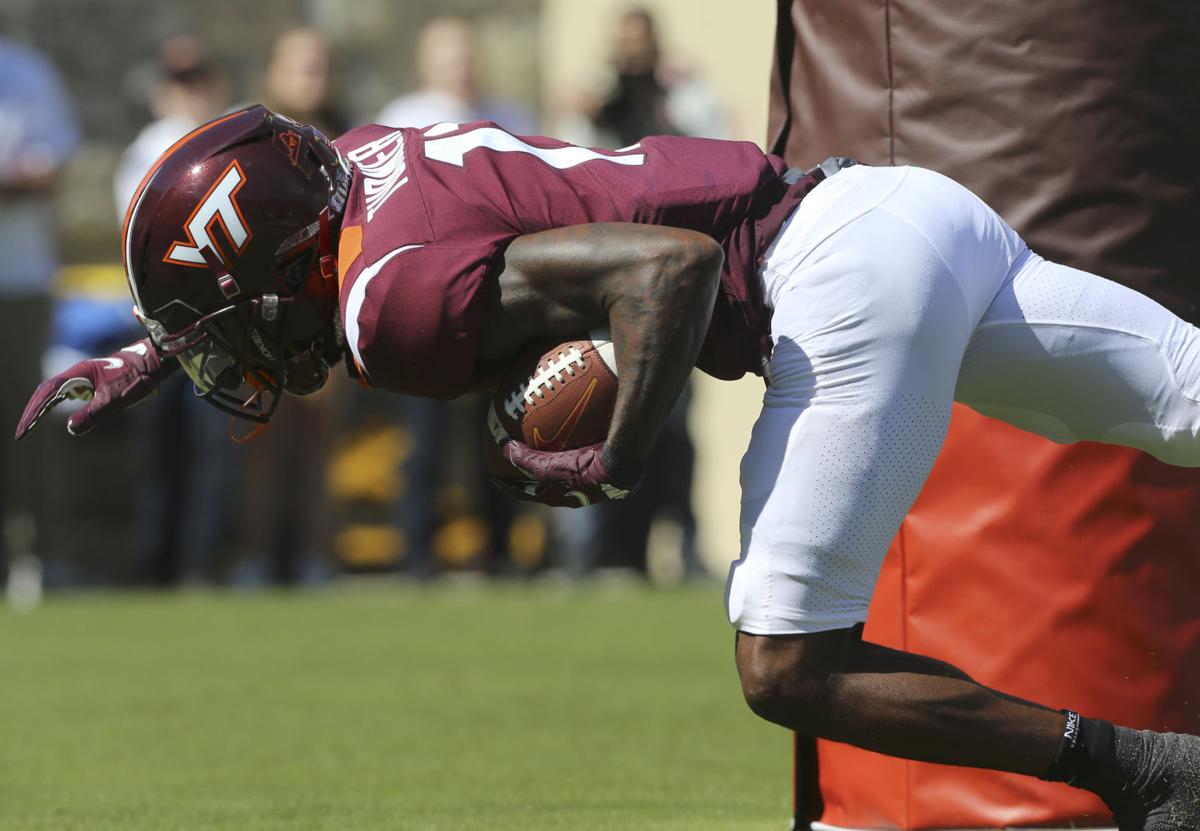 Virginia Tech wide receiver Tre Turner will play his last regular-season game as a Hokie against Virginia on Saturday in Charlottesville.

By MIKE NIZIOLEK The Roanoke Times

BLACKSBURG — The soothing voice of Adele and her new album helped Tre Turner get through the 30-plus hours in the car over the weekend. The stops at Five Guys and Bojangles didn’t hurt either.

Two members of Virginia Tech’s training staff had to drive Turner to Miami for the game with the receiver recovering from pneumomediastinum, a condition where air is stuck in a person’s chest between the lungs.

Turner described a busy two-week process for getting cleared that involved multiple CT scans, four X-rays of his chest and multiple visits with a specialist. He played against Duke last week, but still wasn’t cleared to fly.

On Tuesday, he spoke about the urgency he felt to play every game, knowing his collegiate career is coming to a close.

It was assumed with Turner participating in senior day and accepting a Senior Bowl invitation — an annual all-star game that’s part of the predraft process — he was NFL bound, but he didn’t confirm those plans publicly until this week.

“It is my last regular-season game as a Hokie, it’s crazy to think about,” Turner said of the Commonwealth Cup. “[The NFL]. That’s the goal, that’s the goal. I’m going to go through this whole process. I’m hoping for the best and praying every day. I’ve given this program my all the last four years and I feel like it’s time for me to get what I deserve. I thank everybody for everything I’ve had.”

The injuries he played through the past two seasons helped contribute to the decision. He suffered a sports hernia injury last season and that came after dealing with plantar fasciitis in his right foot all year. But no one on Tech’s staff, coaching or training, had ever dealt with Turner’s pneumomediastinum diagnosis.

“All of my injuries have been freakish,” Turner said. “...I have taken a lot of hits.”

It’s why he was overcome with emotions after being knocked out of the game against Miami in the first half. Turner made an incredible one-handed grab for a touchdown and the offense was moving the ball down the field again when the receiver landed awkwardly after a 31-yard catch down the middle.

The training staff quickly determined he needed X-rays and eventually ruled him out for the rest of the game.

Turner thought about staying in the locker room for the second half, but his teammates and a final push from interim coach J.C. Price inspired him to go back onto the sidelines.

“If I need to give you a headset I will, your teammates need you,” Turner said of Price’s message. “I was all in my head, I went through that long drive and to not play even a full half, my emotions were crazy. I’m glad I didn’t tear up the locker room.”

Turner was already focused on the Commonwealth Cup by the time he arrived back to the Merryman Center on Sunday night. The receiver’s goal now is to close his career with a 3-1 record against the program’s biggest rival.

He made a splash in his Commonwealth Cup debut with a one-handed touchdown grab that earned top honors on Sportscenter’s Top 10 plays that night. He also blocked a punt in the 34-31 overtime win. Turner has 14 catches for 228 yards (16.2 per catch) with two touchdowns and five carries for 74 yards in three starts against UVA.

He’s hoping to create one more lasting memory on Saturday.

“It’s bittersweet, but I’m planning on getting this win, this one last UVA game” Turner said with a smile. “I’m going to give it my all. I hope this whole team gives it their all.”

Virginia Tech wide receiver Tre Turner has played through injuries the past two seasons. Turner said, “I feel like it’s time for me to get what I deserve.”

Virginia Tech wide receiver Tre Turner will play his last regular-season game as a Hokie against Virginia on Saturday in Charlottesville.