In an effort to mix it up, VCU's men's basketball team trained as boxers, firefighters this summer
0 Comments
Share this
1 of 10 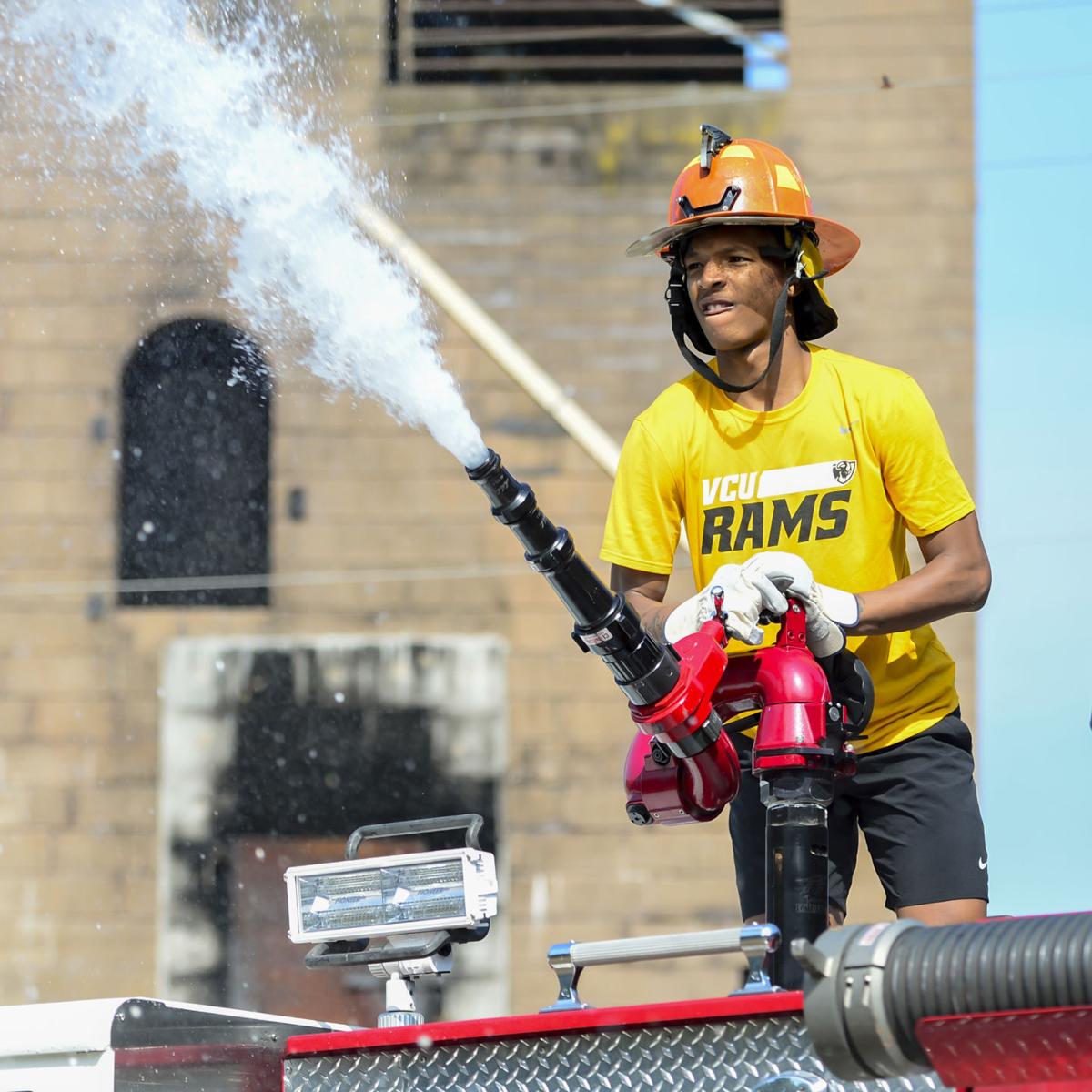 During some nontraditional summer activities, VCU freshman Nick Kern (above) learned firefighting skills at the Richmond Fire Academy, while junior Jimmy Nichols Jr. (top) took to the ring for some boxing. 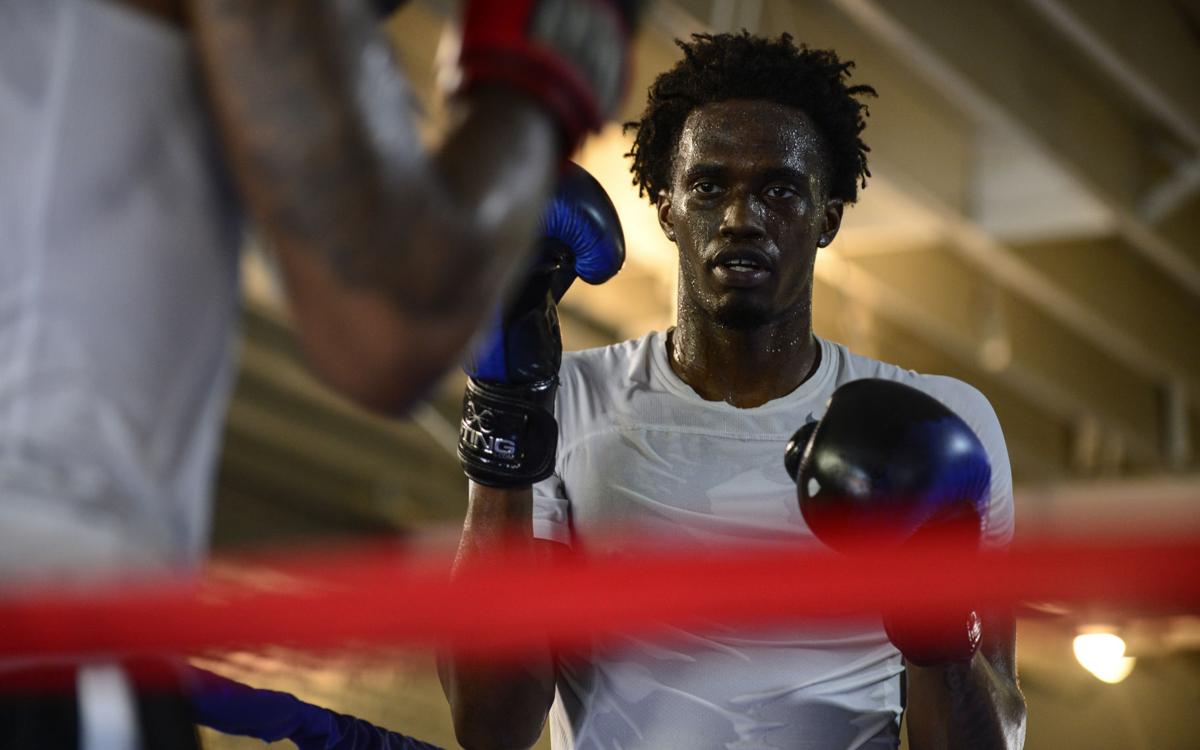 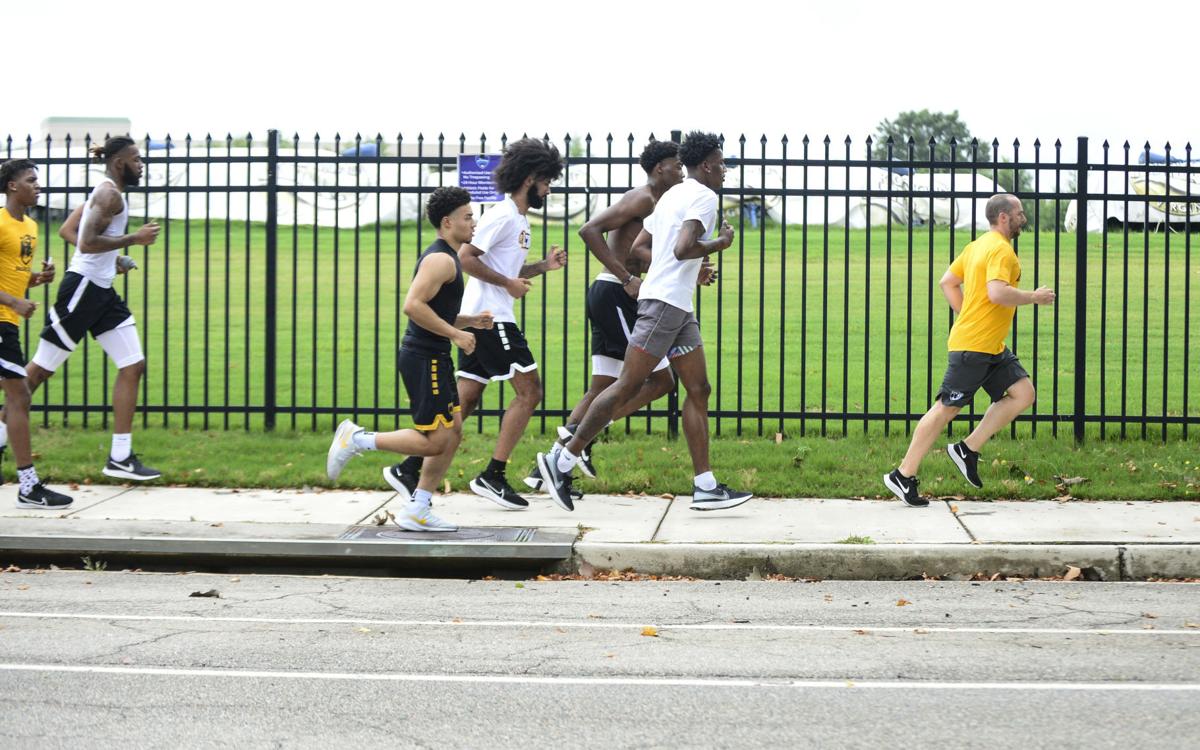 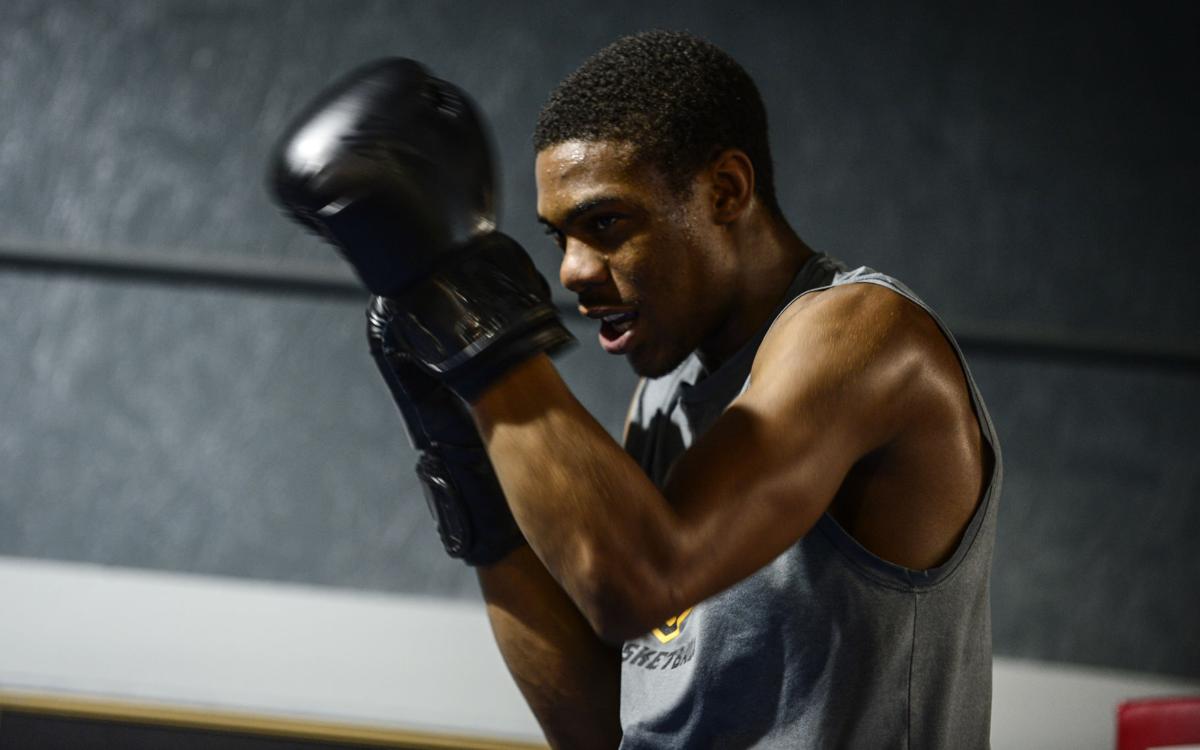 VCU’s KeShawn Curry works out at Vintage Boxing Club. The Rams would run to the gym from campus and run back when they were done. 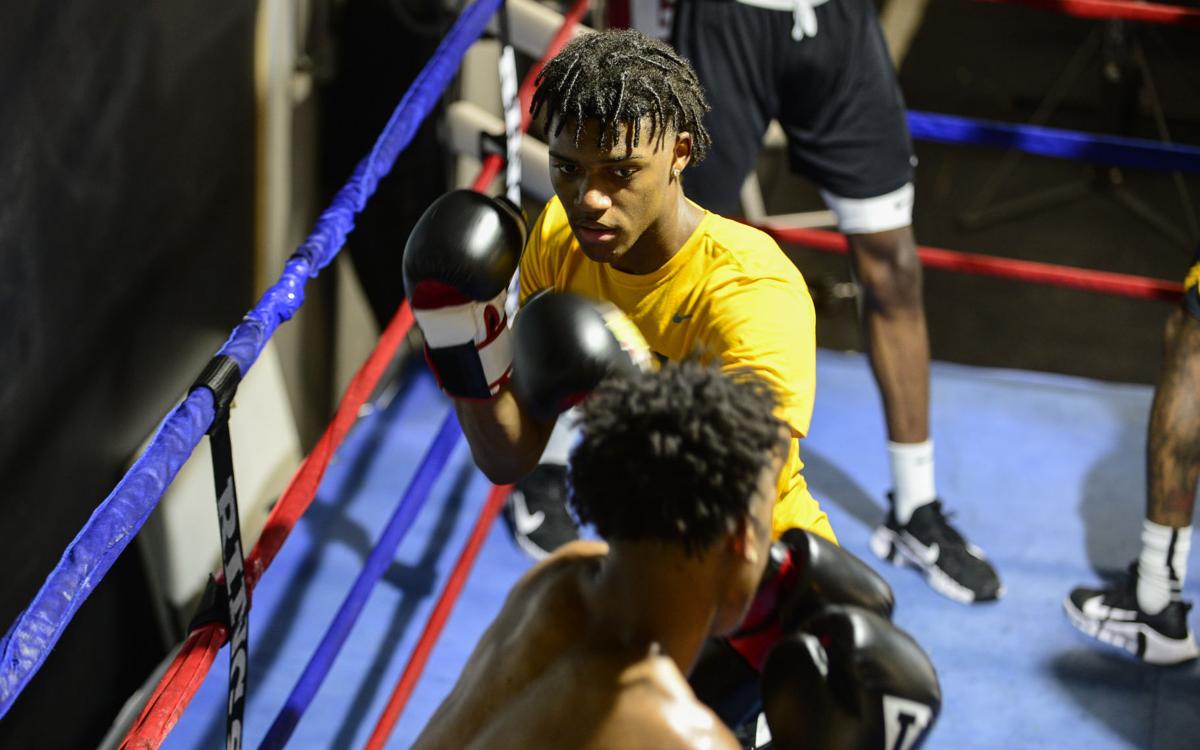 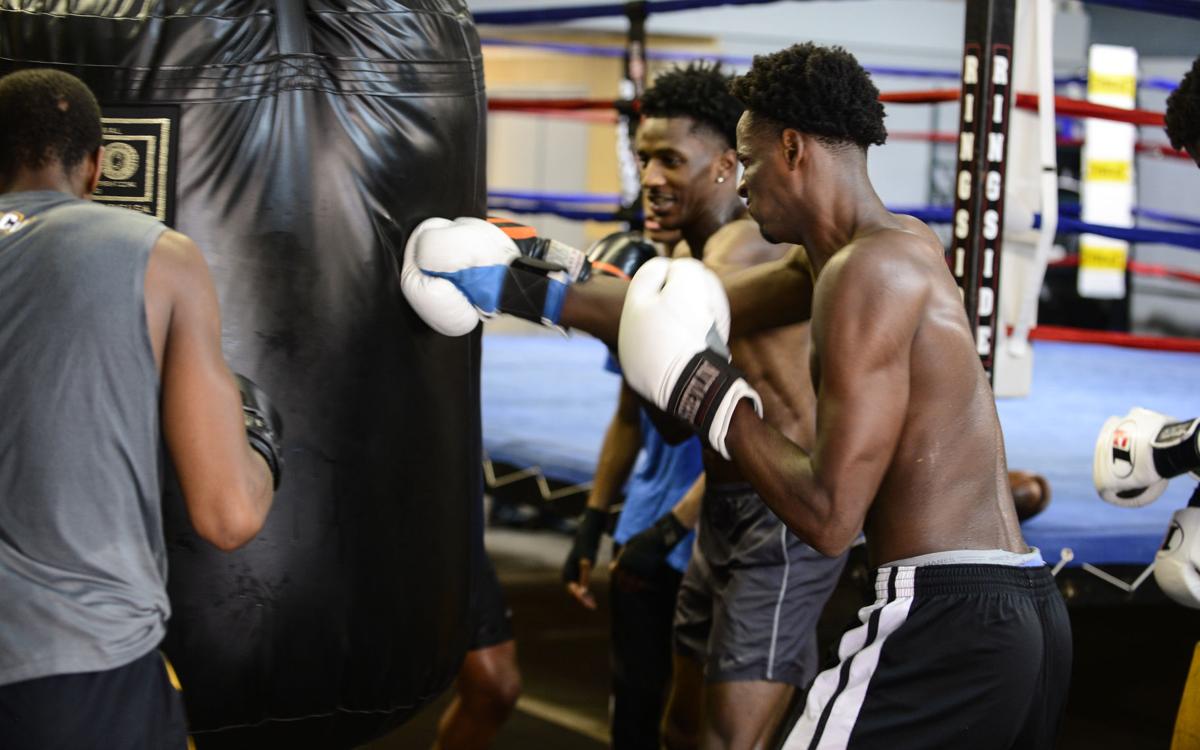 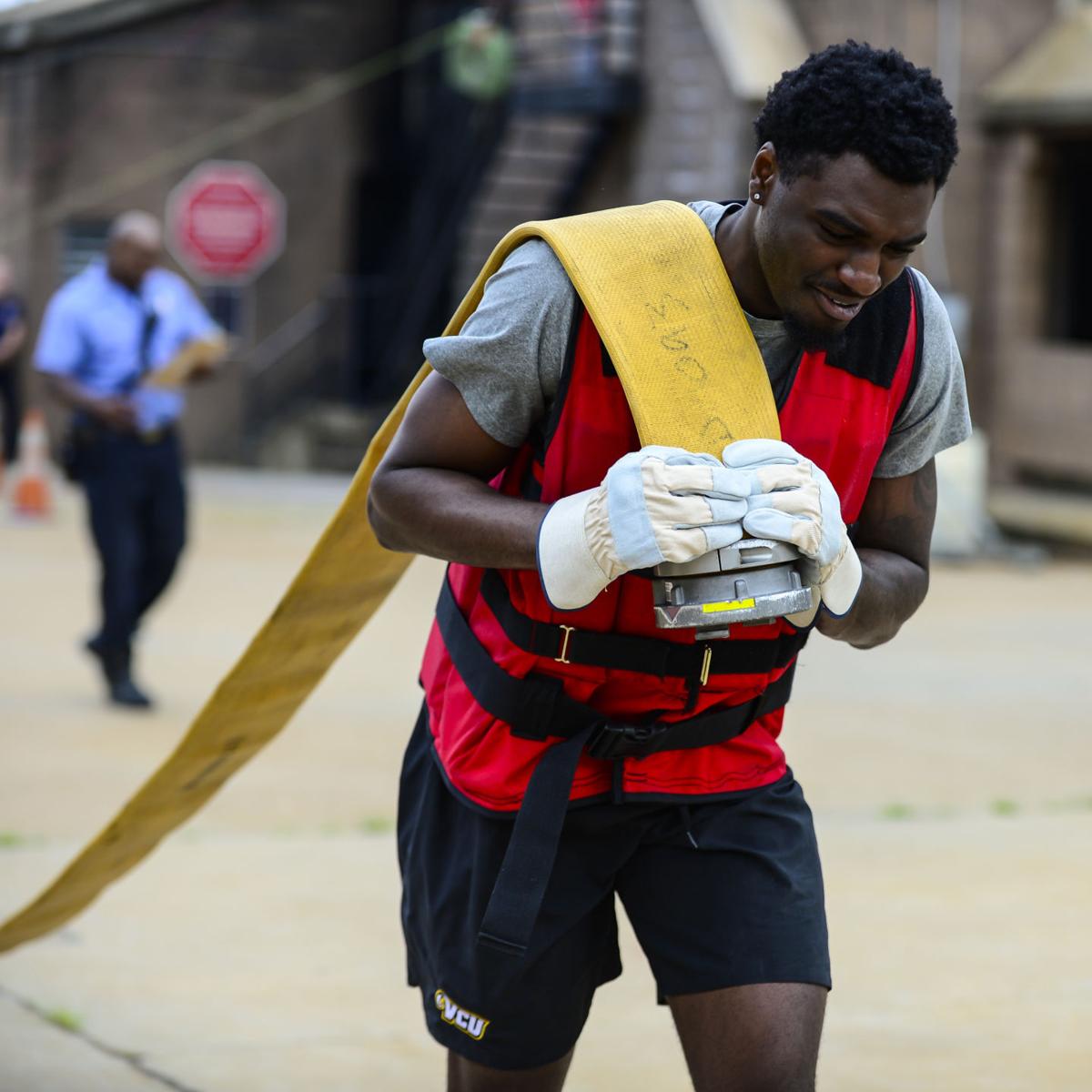 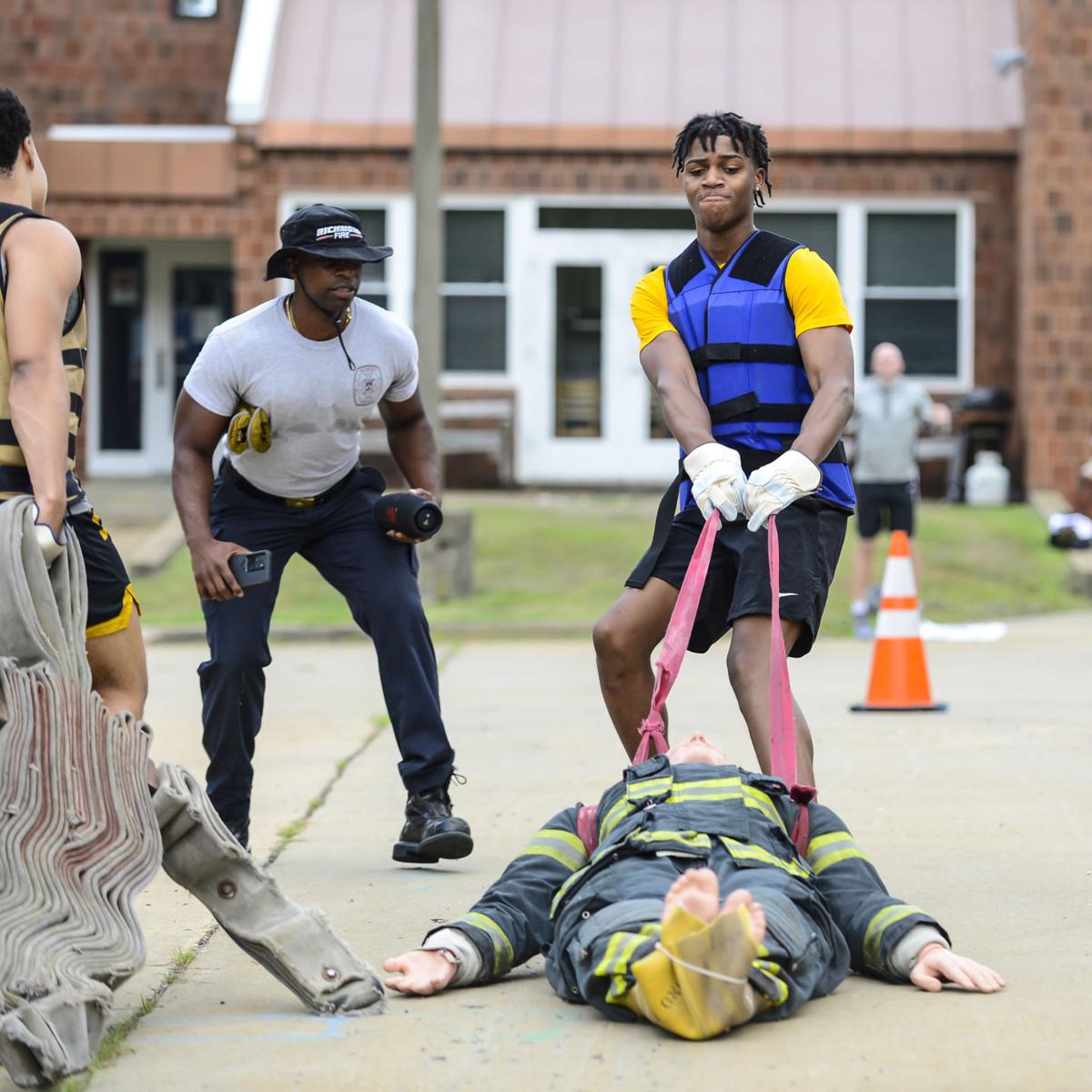 Freshman guard Jayden Nunn participates in VCU’s training session at the Richmond Fire Academy. Nunn is one of three true freshmen who got a chance to build chemistry with his new Rams teammates. 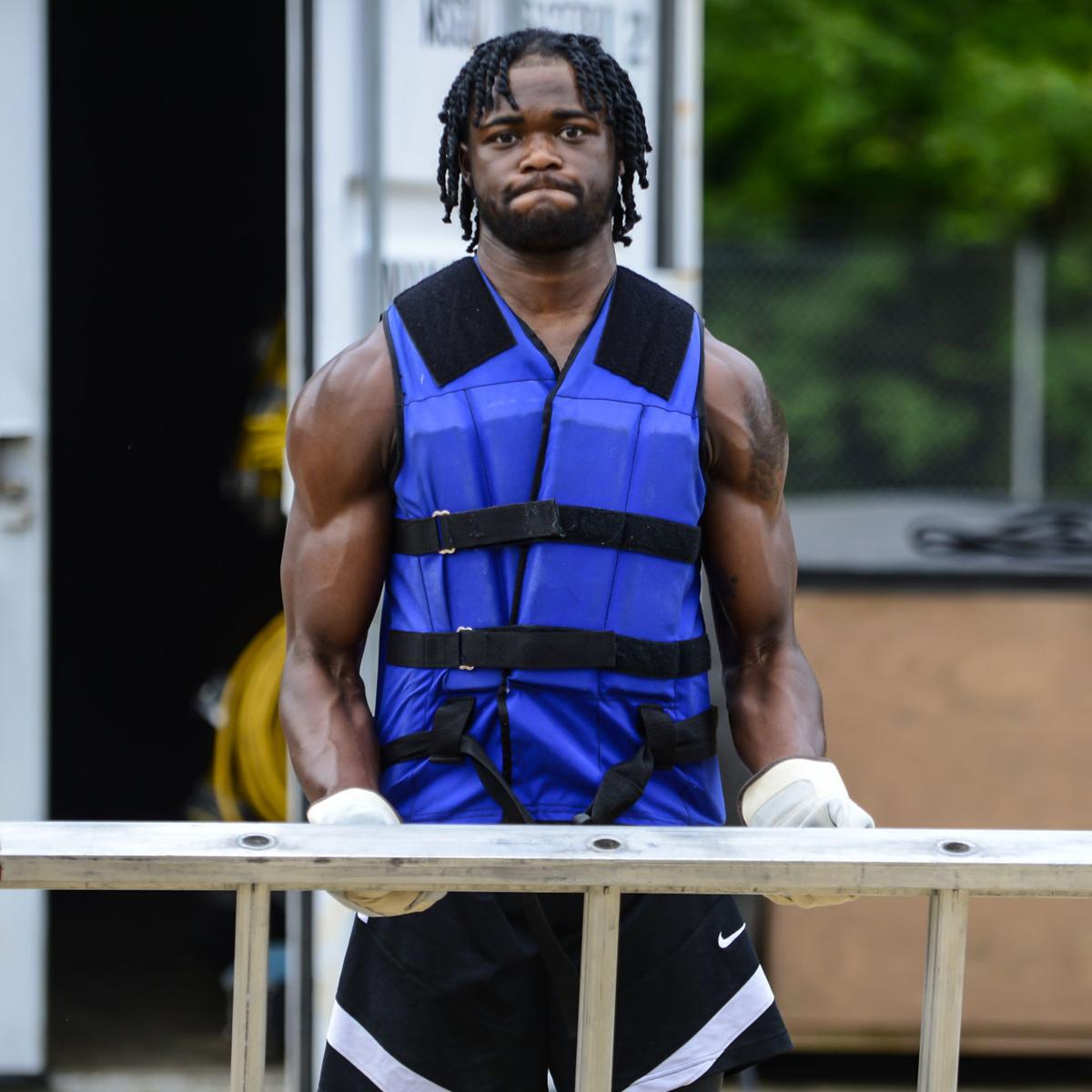 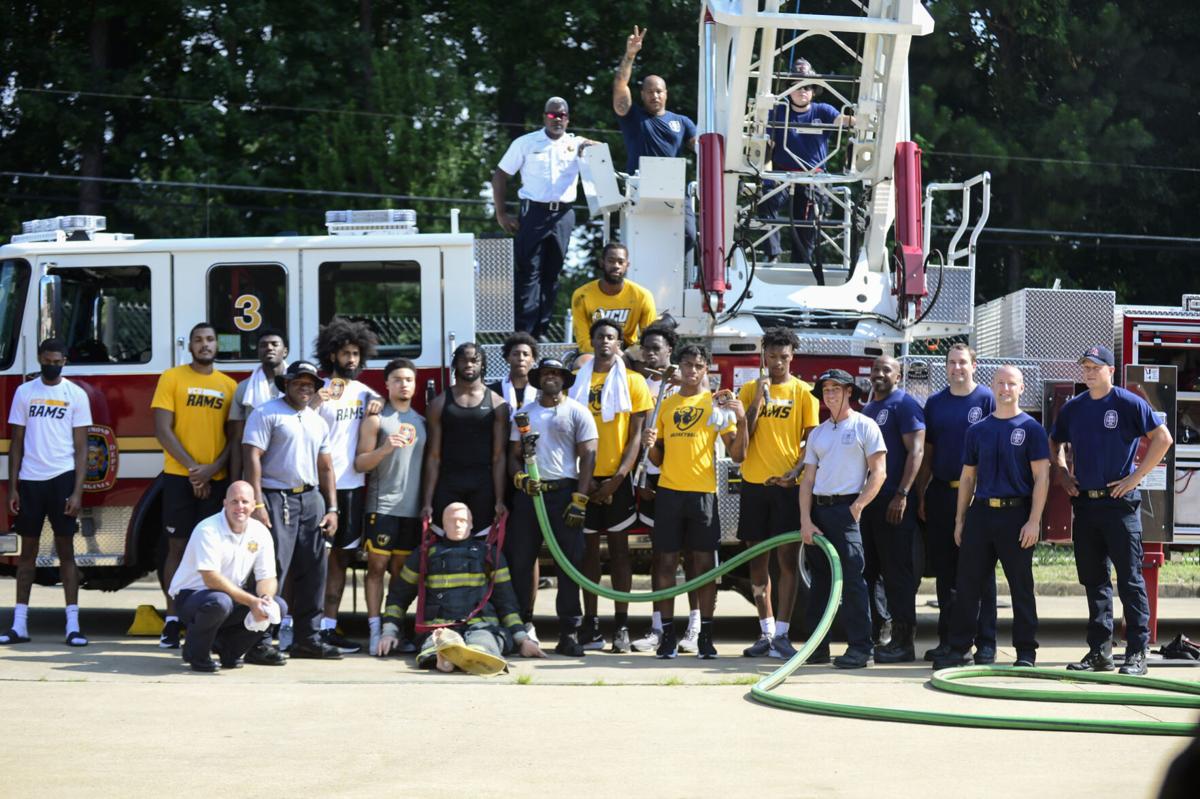 Back together for an eight-week training period this summer, VCU men’s basketball players reached a point in which they stepped in the ring and threw jabs.

And it was all part of the plan.

The Rams reconvened for a summer program that began on June 14. And, beyond the typical time spent within the program’s Basketball Development Center — in the weight room and on the court — mixing things up was something the VCU staff considered valuable.

“Variety is important, I think, in the summer,” coach Mike Rhoades said.

So, this year, the gloves were strapped on and players went at it, sparring and unloading on punching bags during sessions at Vintage Boxing Club on Arthur Ashe Boulevard.

It was a sort of cross training VCU found beneficial. And perhaps gives new weight to the Rams’ “Broad Street Bullies” nickname.

“It was just something new, so everybody was for it,” wing Vince Williams said. “We were just loving it, honestly. It was fun to me, everybody had a great time.”

Adding to the variety, VCU threw in a training session at the Richmond Fire Academy in July as well.

It was part of a summer in which Rhoades felt proud about the work players put in overall. Aside from the out-of-the-box diversions in boxing and with the fire department, Rhoades saw players commit time to the gym, coming back to train at night and on the weekends.

“Some guys have really pushed their games further because of how much they’ve been in the gym,” Rhoades said. “And I commend them for that. And I didn’t do that, they did that. And that’s the culture we want.”

VCU concluded its summer program last week. Players are currently in a break period before the start of the fall semester later this month.

The Rams this offseason are melding a returning core that lost Atlantic 10 player of the year Bones Hyland, drafted 26th overall by the Nuggets last month, and added five newcomers who include three true freshmen (guards Nick Kern and Jayden Nunn and forward Jalen DeLoach) and two transfers (forward Jimmy Nichols Jr. from Providence and guard Marcus Tsohonis from Washington).

Nichols said he and the other new additions have been welcomed since they walked in in June.

“Just trying to learn all the drills and all the plays and actions,” said Nichols, a 6-8,-220 pounder with three years of eligibility available at VCU. “Defensive terms and everything. So, I feel like this summer has really been a good stretch of just learning.”

Williams, now a senior veteran, said team bonding was a main overarching component of the summer. That’s what stood out most to Nichols about the eight weeks, too.

Players were broken into three-person “accountability teams” wherein they could compete against each other in various activities.

“That we just go against each other every time we go somewhere,” Nichols said. “So it’s just a lot of team bonding, getting closer to your teammates throughout the summer. And just working hard together.”

The boxing sessions occurred over the course of the summer. Players ran to Vintage Boxing Club — about a mile and a half from VCU’s Basketball Development Center — worked out, then ran back.

Williams said there was a positive energy in those sessions. Everyone was excited to go, he said.

“It was just different,” Williams said. “Because now we’re using different types of muscles ... And we really got to learn the basic techniques of boxing.”

Then the trip to the fire academy last month was very tough, Williams said. It was a surprise to the players — VCU men’s basketball director of sports performance Daniel Roose simply mentioned to them that they had something new planned.

Once there, players did a range of workouts, from bicep curls with ladders to rope pulls.

“It was a great experience,” Rhoades said. “They did some team-building stuff, some competition stuff.”

Personally, Williams said he felt like this was his best summer of work he’s ever had at VCU. And he saw that his teammates around him worked hard, too.

It was a summer of variety bond forging, breaking players out of the norm. And the Rams will hope that pays off heading into the fall.

“One way you can really grow in the offseason is have some different experiences you’ve never had in your life,” Rhoades said. “And we’re always going to try to do that. Because I want our guys to go through life with experiencing new things and not being afraid.

“Get out of our comfort zone. And we try to do that every summer.”

During some nontraditional summer activities, VCU freshman Nick Kern (above) learned firefighting skills at the Richmond Fire Academy, while junior Jimmy Nichols Jr. (top) took to the ring for some boxing.

VCU’s KeShawn Curry works out at Vintage Boxing Club. The Rams would run to the gym from campus and run back when they were done.

Freshman guard Jayden Nunn participates in VCU’s training session at the Richmond Fire Academy. Nunn is one of three true freshmen who got a chance to build chemistry with his new Rams teammates.