Columbia’s Graham Flinn, a Benedictine grad, has been primarily a special-teams contributor for the Lions. 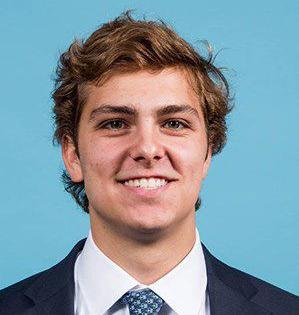 Columbia’s Graham Flinn, a Benedictine grad, has been primarily a special-teams contributor for the Lions.

Benedictine graduate Graham Flinn was heading into his senior season as a defensive back at Columbia when Wednesday happened. The Ivy League, to which Columbia belongs, announced that its members would not participate in any sports during the fall semester.

No football. No traditional autumn senior season for Flinn.

The Ivy League will determine at a later date whether fall sports competition is feasible in the spring. In football, that could mean seven league games, without nonconference competition.

Flinn said via text on Thursday that he will be taking classes from home for the fall semester, and continuing to train in the event that the Ivy League does play a spring season. Columbia’s athletic department has asked its student-athletes to not comment on the Ivy League’s decision, according to Flinn.

Flinn, a political science major at the New York City school, is a 6-foot, 200-pounder who played mostly special teams for the Lions during the last two seasons.

In the Ivy League, athletics participation is limited to undergraduates, a point re-emphasized in the league’s Wednesday release, whose message regarding football had been anticipated for several days.

Ivy League campus-wide policies for the fall semester include restrictions on students and staff travel, requirements for social distancing, limits on group gatherings, and regulations for visitors to campus. Those guidelines prohibited athletics at conference schools during the fall semester, according to the league.

Other FCS leagues, the CAA among them, are considering spring football games, but only if playing in the fall is not possible because of the pandemic. Big South commissioner Kyle Kallander, whose league includes Hampton, said he viewed the spring football model as “a last resort.”

A handful of teams in the CAA, which includes James Madison, Richmond and William & Mary, already have football players on campuses and involved in voluntary workouts. That goes for JMU, and Richmond’s players are scheduled to return to campus on July 15.

The Spiders are down to 10 games after the Ivy League’s announcement. UR was to play at Yale on Oct. 17. John Hardt, Richmond’s vice president and director of athletics, said UR was keeping options open regarding replacing Yale on the schedule.

Regarding the Ivy League’s course of action with football and other fall sports, CAA commissioner Joe D’Antonio said Thursday, “I certainly have respect for the decision that the Ivy League made. They made that in the best interest of their conference and situations that they’re dealing with on their campuses.

“We’re in a position right now that we’re meeting almost daily in some combination with our board of directors, our athletic directors, our medical personnel, and what we’re going to continue to do is make the best decisions that we can make for our campuses going forward, and at all times certainly keeping the health, safety and welfare of everyone that’s involved on our institutional campuses as the the top priority.”

FCS commissioners held a conference call Wednesday with no major developments coming out of that, according to D’Antonio.